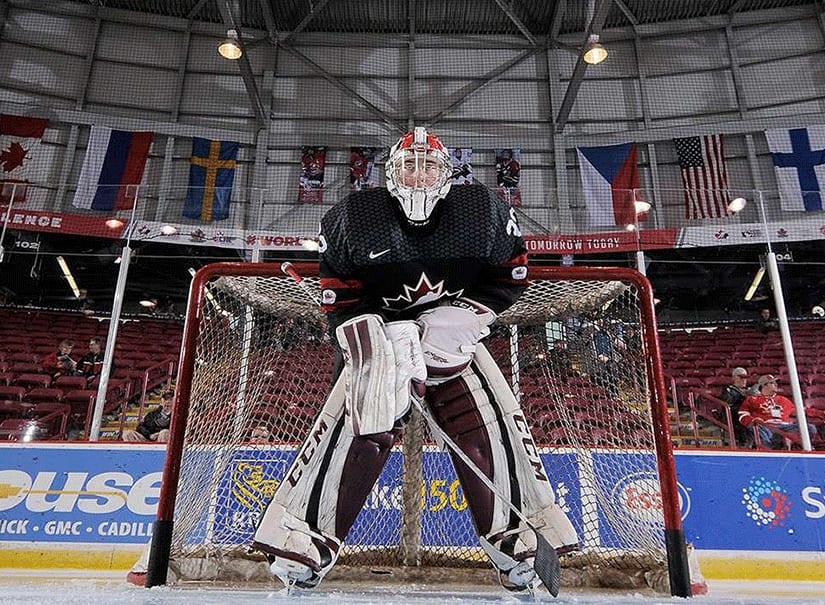 Hunter Jones played goalie at the Team Canada Summer Showcase in Plymouth, Mich. in June. The tournament brings together top players under 20 and is a first step toward determining who will play for Team Canada at the World Junior Championship in the Czech Republic later this month. (Hunter Jones/Twitter)

Who will play for Canada at the World Juniors? Selection camp starts today

Thirty-one of Canada’s best young hockey players will be showing off their skills starting today, as the selection camp for the World Junior hockey team gets underway in Oakville, Ont.

For the next three days, they’ll be put to the test as Hockey Canada tries to assemble the best team possible.

Those who make the team — 23 players in total — will participate in the annual tournament, which begins on Dec. 26 in the Czech Republic.

Among those vying for a spot on the roster is Hunter Jones, 19, a goalie for the Peterborough Petes, who was drafted by the Minnesota Wild in June and is originally from Brantford, Ont.

“I definitely think it’s going to be real, real intense,” he told CBC Kids News before the camp started. 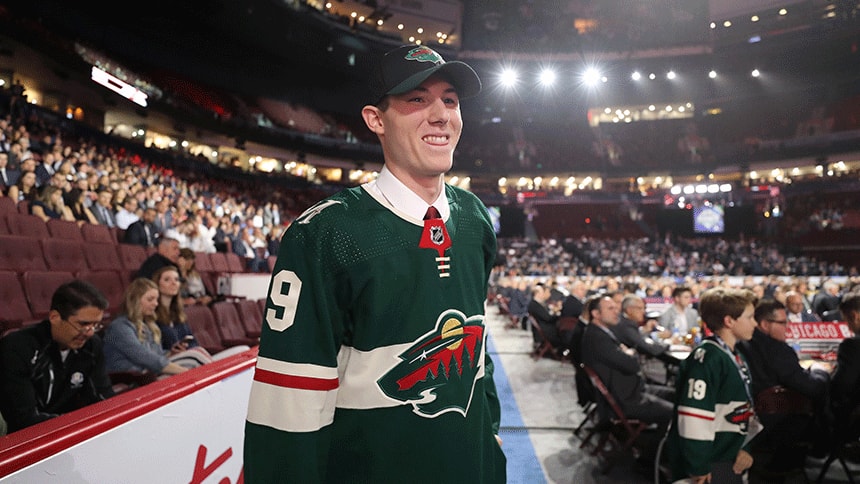 Hunter Jones was selected 59th overall by the Minnesota Wild at the NHL Draft in June 2019. (Bruce Bennett/Getty Images)

The training camp is only three days long, so the players have to do their very best in a short amount of time.

“It's really important for me to get off to a good start and even if it doesn't happen for me … I gotta find a way to rebound quickly and perform well the next day,” said Jones.

Expectations for Canada are high

Four goalies are at the camp and three will be chosen to go to the tournament.

Jones said it’s “an honour” to be there. 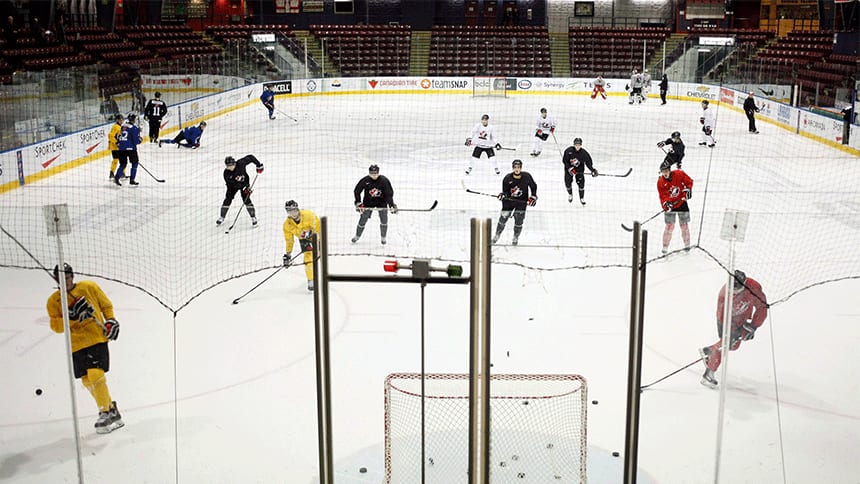 Team Canada hopefuls from the 2018 selection camp practise at an arena in Victoria, B.C. The team disappointed fans when they lost in the quarter-finals. (Chad Hipolito/The Canadian Press)

Jones has played for Team Canada before, at the under-17 tournament and at the summer showcase for the World Juniors, which is the first step in this selection process.

“I’ve had the opportunity to kind of wear the crest a couple of times now and be comfortable with the whole scenario,” he said.

Still, the pressure is on, as the expectations for Canada to do well at this tournament are high.

“I think it's Hockey Canada's expectation this year to come out with a gold medal,” he said. 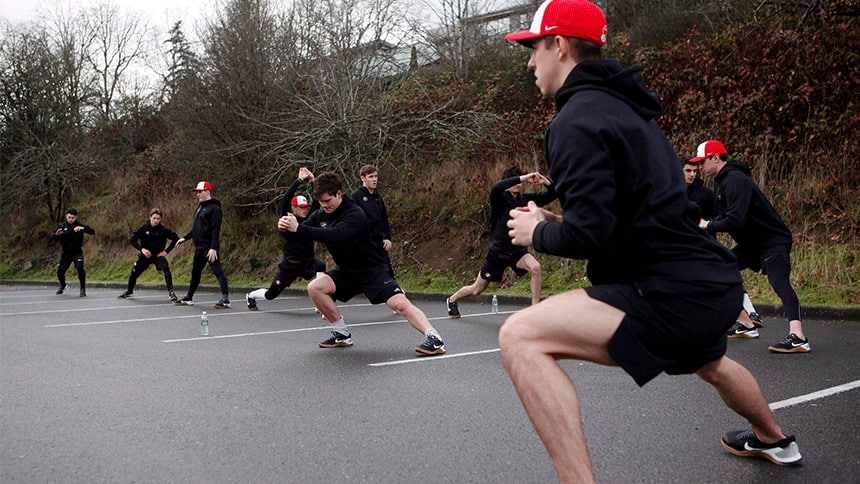 Last year, the team lost in the quarter-finals against Finland, something Jones admitted was “embarrassing.”

It was the second time in 21 years the team didn’t earn a medal.

Sam Consentino, an analyst for Rogers SportsNet, said that for many of the players, this tournament is a highlight of their career, even if they play in the NHL, as players love representing Canada on the world stage.

The stakes are high.

“For most of them, they’ve never had an opportunity to play where the spotlight shines as bright as it’s going to shine on them when they get to the Czech Republic on Boxing Day,” he told CBC Kids News. 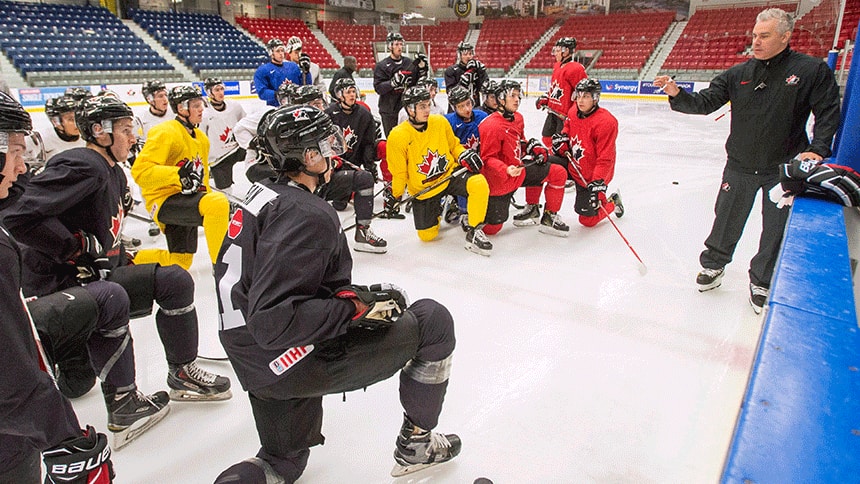 Canada's head coach Dominique Ducharme goes over a drill at the world junior selection camp in Boisbriand, Que., in 2016. The team went on to win silver in the tournament. (Ryan Remiorz/The Canadian Press)

From spectator to star

Jones has memories of watching the tournament as a kid with his dad during the holidays when he was off from school.

That makes the prospect of actually playing there even more special.

“When I take a step back and really think about it, it's kind of crazy to me like how the roles have flipped. Now, little kids are going to wake up and go watch TV with their dad downstairs and they're watching me play on TV, maybe.” 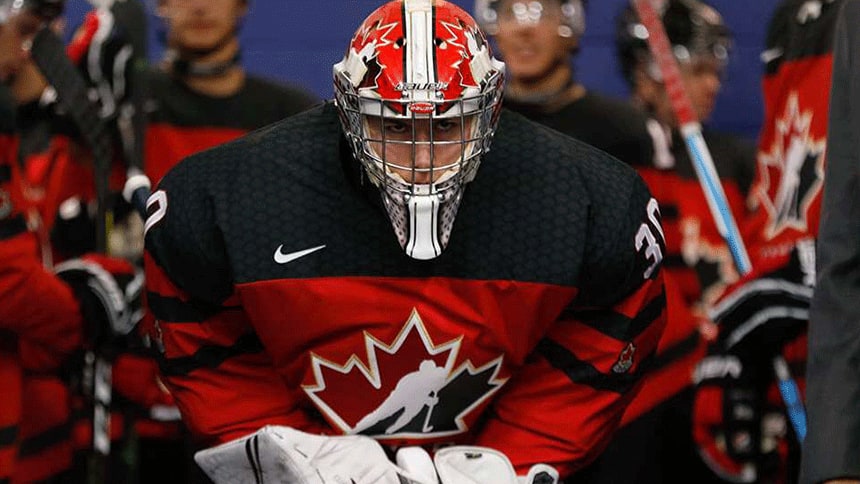 Hunter Jones has only three days to prove he has was it takes to represent Canada at the World Championship. (Hunter Jones/Twitter)

The selection camp will be over by Wednesday and the players will find out on Thursday if they made the team.

If they did, they fly to the Czech Republic the next day.

“You pack like you’re making the team,” said Jones.

That means he wouldn’t even have the chance to say goodbye to his family before Christmas, which he called bittersweet, but added, “You're only under 20 once. I mean, this is the time to do it.”