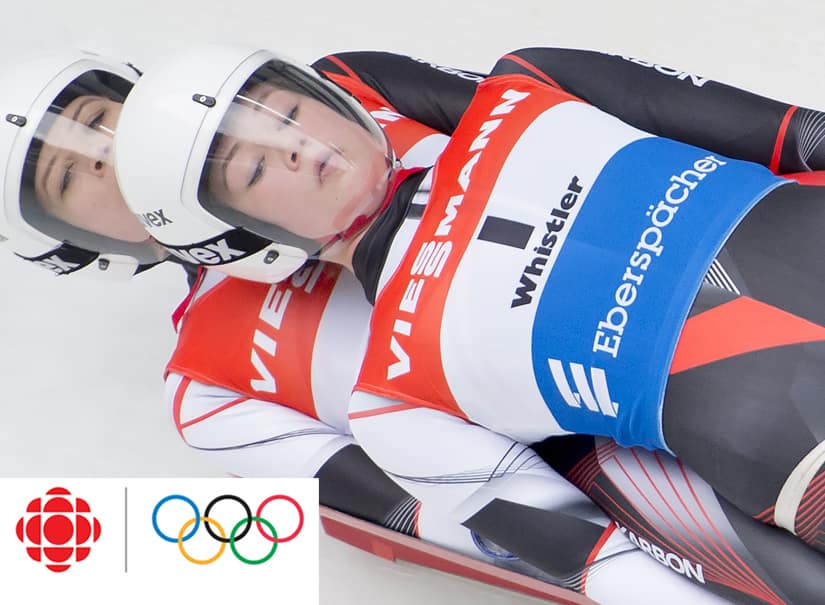 Luge athletes Caitlin Nash and Natalie Corless are two of the Canadians to watch at this year's Winter Youth Olympic Games, especially given that the teens are already making history in their sport. (Jonathan Hayward/The Canadian Press)

Who’s most likely to win medals for Canada at the Youth Olympic Games?

Hockey, curling and luge athletes are the ones to watch

That's the number of medals Team Canada needs to win at this month's Winter Youth Olympic Games in Lausanne, Switzerland, in order to beat our total from the last Winter Games.

Who will the big winners be this time around? Here are some of the top medal contenders: 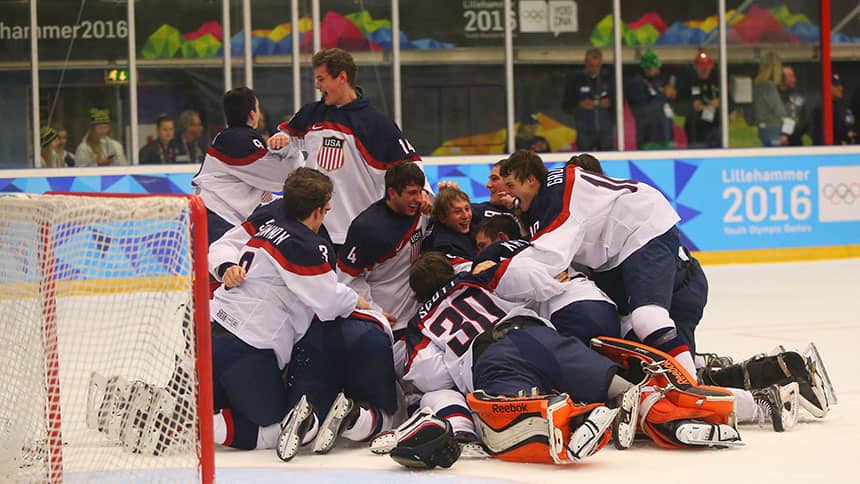 U.S. players celebrated a decisive victory at the Youth Olympic Games in 2016, beating Canada 5-2. In 2020, the Canadians are hoping to be the ones celebrating when the final buzzer goes off. (Al Tielemans/YIS/IOC/Reuters)

When it comes to hockey, Canadians are always expected to bring home a medal — preferably a gold one.

Each country is only allowed to have one gender represented in the sport at the Youth Olympic Games, and the men's team is lacing up on behalf of Canada in 2020.

The men's team already has a pretty good track record at the event, having won bronze in 2012 and silver in 2016. Here's hoping the pattern continues in the right direction. 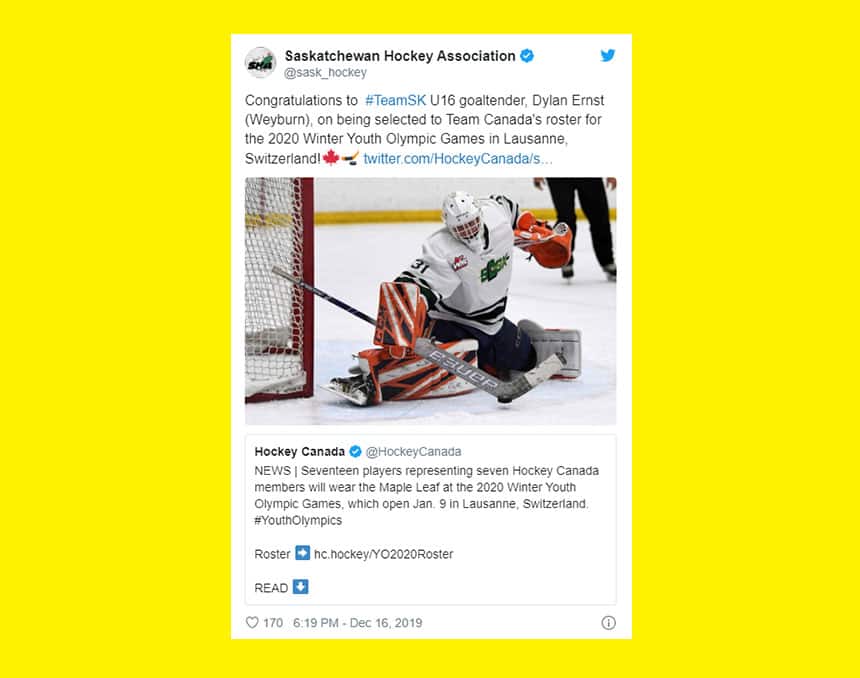 Canada's team brings together the top 15-year-old players from Eastern Canada, Quebec, Ontario and the West.

They'll face a tough test right off the top as they take on Russia in their first match of the tournament. 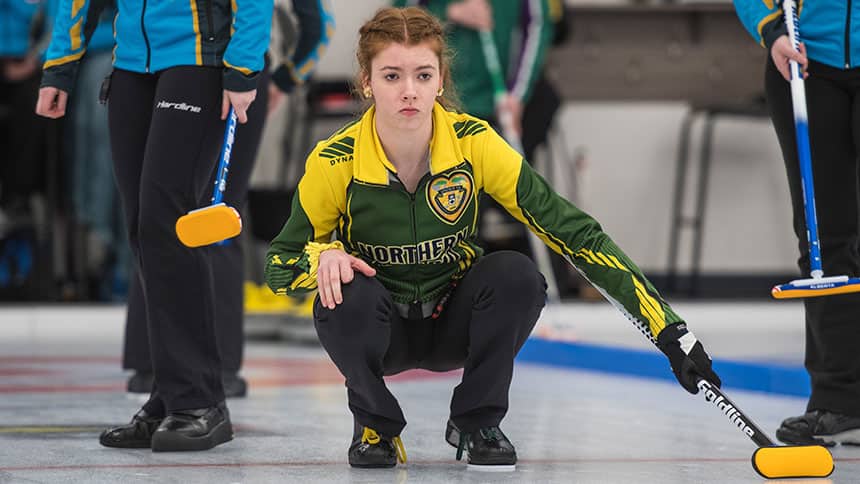 When Team Canada beat the U.S. to win curling gold in the mixed team event at the 2016 Winter Youth Olympics, it set the stage for another high-intensity showdown in 2020.

Have no fear: the four talented teens who make up this year's team have experience under pressure. 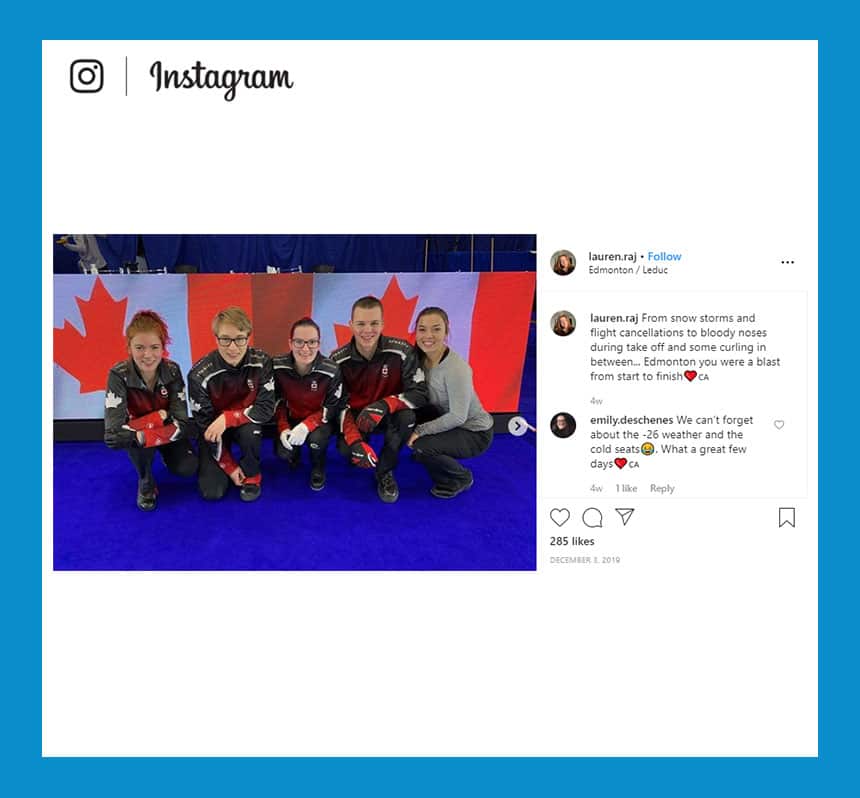 The selection process for this team was intense.

Applicants were judged not only on their curling skills, but also their community leadership and academic achievement. (Not to mention their 500-word essays.)

The teammates come from four different parts of the country and have spent the last several months getting to know each other better, both on and off the ice. 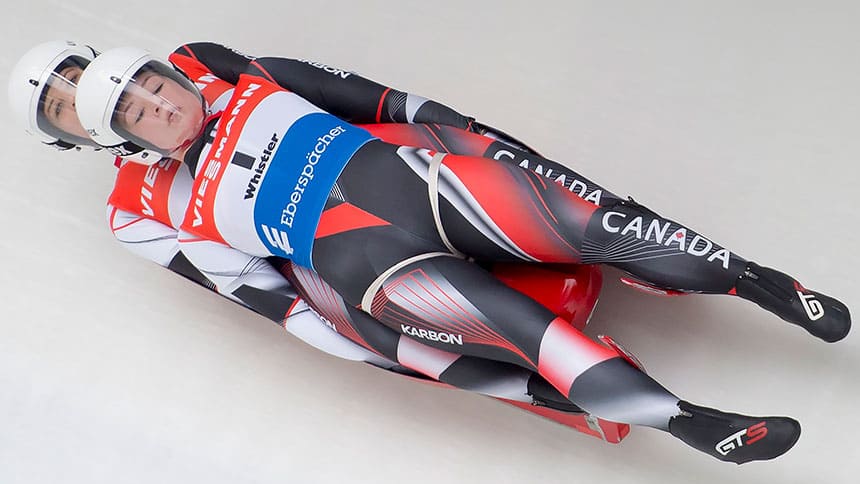 In luge, athletes lie down on their backs and hurl down an icy chute on a tiny sled, reaching speeds of up to 140 km/h. (Jonathan Hayward/The Canadian Press)

Canadian luge athletes are starting to make a name for themselves internationally, thanks in part to two talented sliders from Whistler, B.C.

Caitlin Nash and Natalie Corless burst onto the scene last winter when they topped the podium at the Youth World Cup.

They capped off the season by winning a trophy given to the top World Cup performers called the crystal globe. 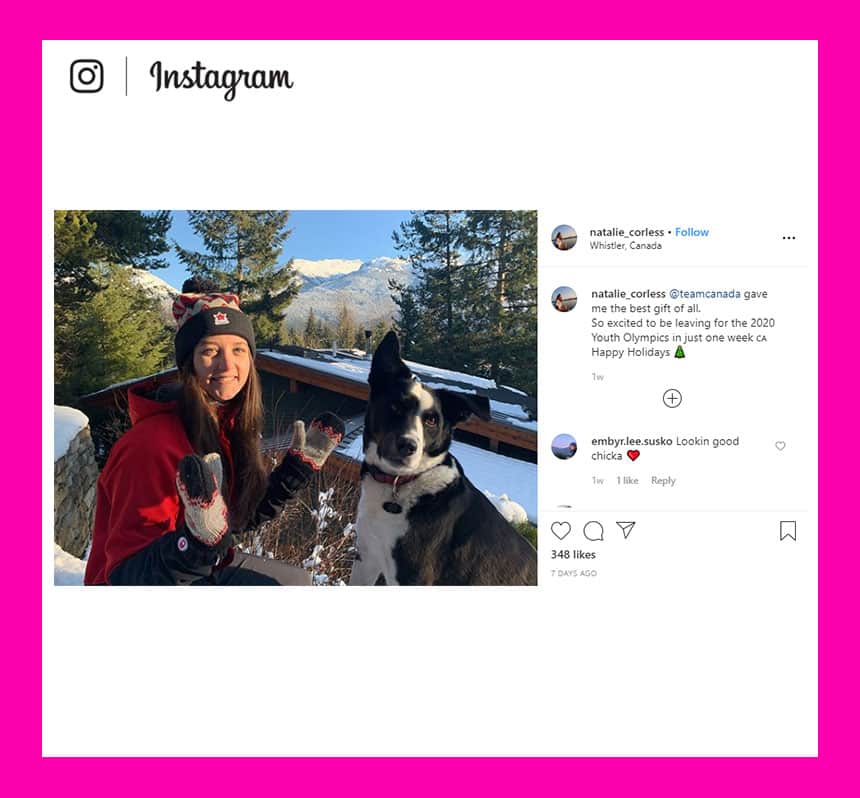 And the duo made history at the Viessmann Luge World Cup in December, when they became the first all-woman double luge team in the history of the sport — at just 16 years of age.

Given that women's doubles luge is one of a handful of new sports at the Youth Olympic Games this year, Natalie and Caitlin will likely be hoping to slide into the history books once more in 2020.

CORRECTION: In an earlier version of this article we said Team Canada had won eight medals at the 2016 Winter Games. The correct medal count is seven. The bronze medal in the mixed National Olympic Committee (NOC) team figure skating event counts as only one medal even though two Canadian athletes were on the team.