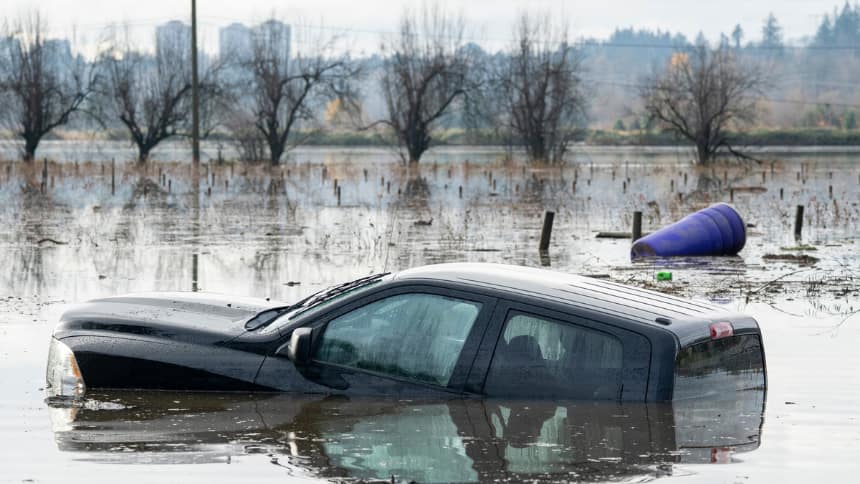 ﻿British Columbians are picking up the pieces after yet another giant rainstorm lashed the province.

﻿On Wednesday, places like Hope, B.C., got more than 100 millimetres of rain, which is a third of what they usually get in the whole month of November.

﻿This kind of unique weather event has a name: ﻿It's called an atmospheric river, or AR for short.

﻿So far, there have been three ARs in B.C. since Nov. 13, contributing to widespread flooding and landslides.

﻿Keep reading to find out exactly what an atmospheric river is and why climate change could make them worse. 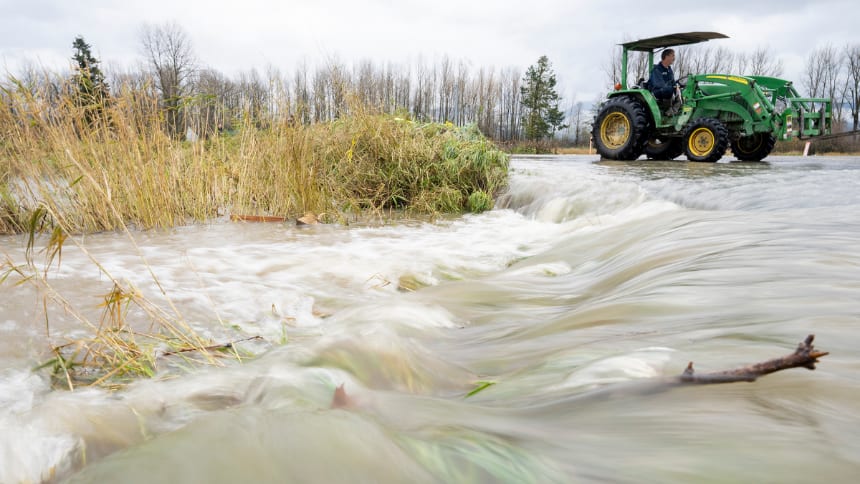 The term ‘atmospheric river,’ or AR, was first coined in 1998 by researchers in the U.S., but the weather event had been observed before then. (Image credit: Jonathan Hayward/The Canadian Press)

An AR is a large, narrow band of water vapour in the atmosphere that’s pushed away from the equator by currents — or concentrated areas of wind.

Picture a river in the sky.

That river can stretch as long as 1,600 kilometres. That's about the length of 11,678 football fields, or like driving from Winnipeg, Manitoba to Kelowna, B.C.

By the time that water vapour makes its way north, to a place like British Columbia, it has condensed into precipitation (rain or snow).

An AR can potentially dump a month’s worth of rain or snow in a matter of days. 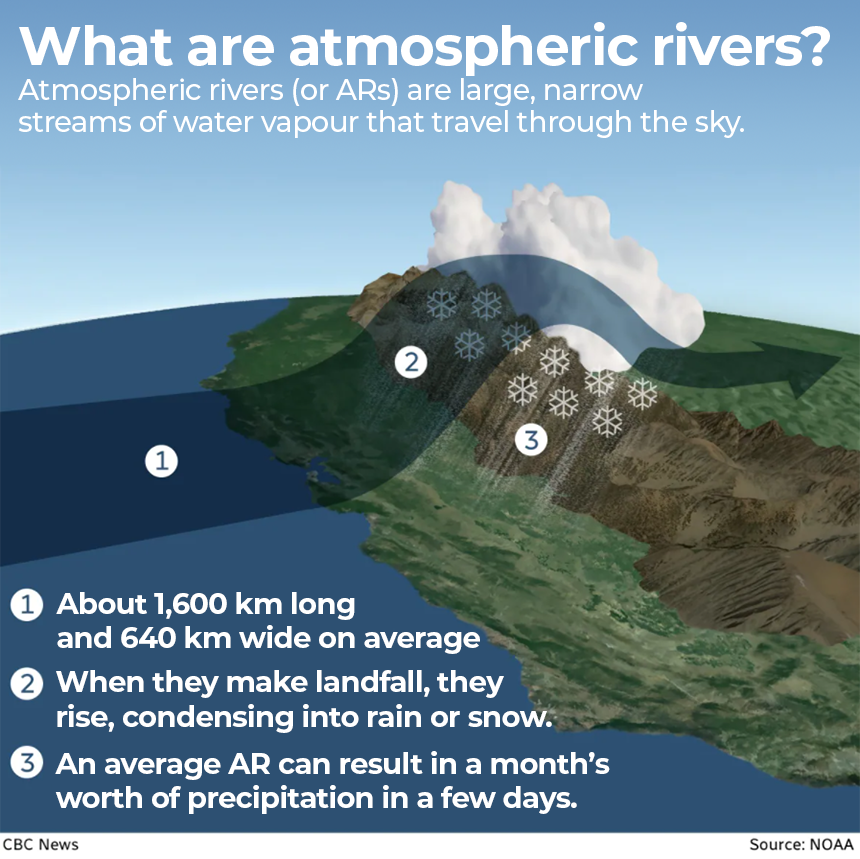 Where do they occur on the planet?

ARs typically form in eight oceanic regions across the world.

One of those regions is North America’s West Coast, including B.C.

An average of 30 atmospheric rivers arrive in B.C. every year. 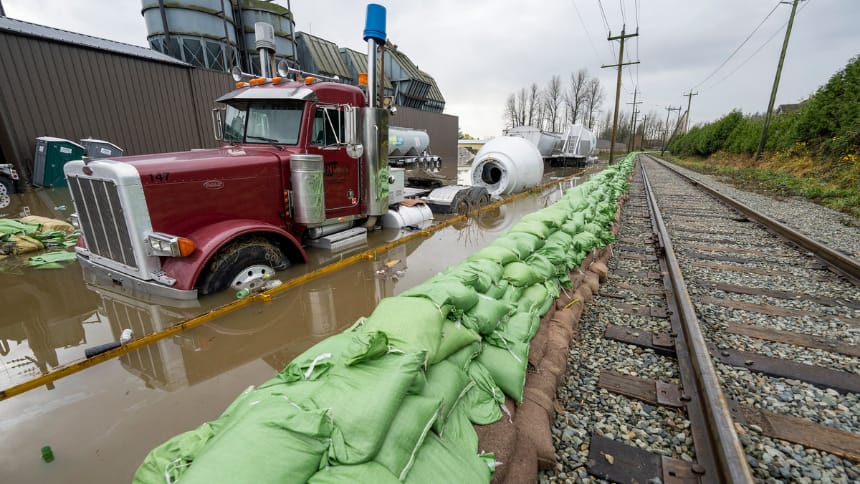 An upside to atmospheric rivers is that smaller ones can replenish a region's water supply.﻿ However, bigger ones can cause flooding and landslides. (Image credit: Jonathan Hayward/The Canadian Press)

How dangerous are they?﻿

Smaller, less intense ARs are beneficial to the ecosystem because they can provide part of a region’s annual water supply.

Canada does not yet have an official rating system to measure how dangerous ARs are.

But in 2019, U.S. scientists developed a scale of categories for ARs, similar to the one used for  hurricanes.

They are rated by intensity — from AR1 (the weakest) to AR5 (the strongest).

Using this scale, the recent storms in B.C. are estimated to be between AR4 and AR5, meaning they are dangerous and potentially deadly to humans. 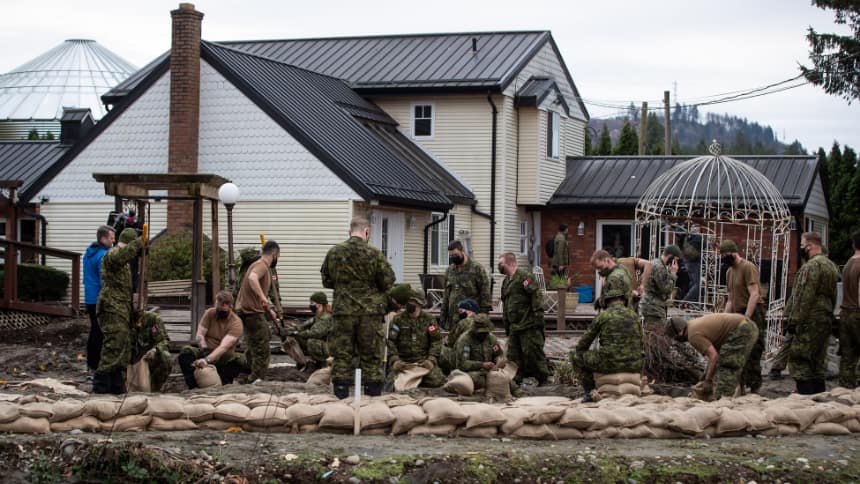 On Nov. 18, members of the Canadian Forces arrived in B.C. to help the province prepare for the forecasted ARs. (Image credit: Darryl Dyck/The Canadian Press)

Climate change is causing average temperatures on Earth to rise.

The warmer the air, the more water vapour there is in the atmosphere.

The more water vapour there is, the bigger the AR — and the more likely it is to cause damage.

As if that wasn’t enough, there are also fewer trees in B.C. to absorb the rain, in part due to increasingly severe wildfires — also related to climate change.

What's being done to protect people from ARs?

On Nov. 20, Environment and Climate Change Canada (ECCC) announced the development of a new ranking system for ARs, similar to the one used in the U.S.

The system would help scientists identify and track ARs early enough to warn people when an AR is on the way, so they can prepare.

It would also allow officials to take steps to prevent flooding and other disasters.

ECCC said that this early warning system should be in place by the fall of 2022.

With files from The Canadian Press, What On Earth/CBC Radio
TOP IMAGE CREDIT: Jonathan Hayward/The Canadian Press
CORRECTION: It is actually about the length of 11,768 football fields. The correction was made Dec. 21, 2021.