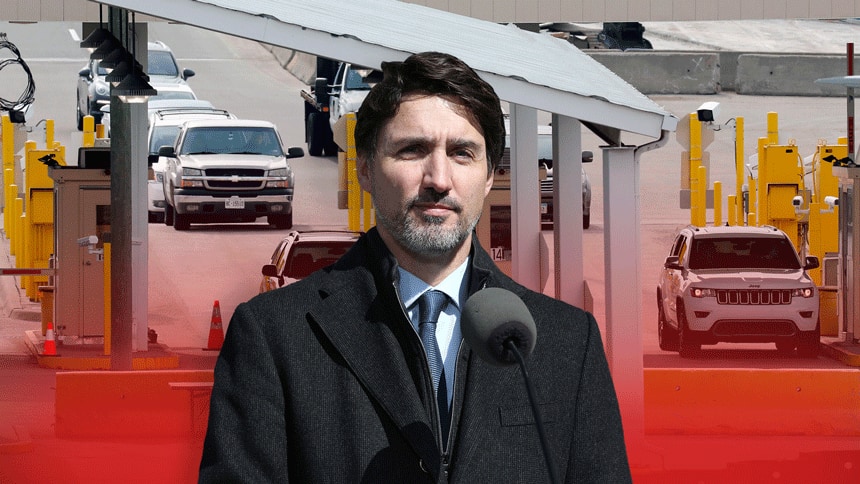 Prime Minister Justin Trudeau announced on Wednesday that the Canada-U.S. border will soon be closed to tourists, but will remain open to shipments of food and medicine that need to cross the border. (Dave Chan/AFP, Jeff Kowalsky/AFP)

Food, fuel and medications will still be available to those on both sides of the border

If you were hoping to take a quick trip to somewhere in the U.S. to help pass some time, you are out of luck.

Prime Minister Justin Trudeau announced on Wednesday that the Canada-U.S. border will soon be closed to all non-essential travel to help slow the spread of COVID-19 and flatten the curve.

What is flattening the curve? Check out this video to learn more.

That means anyone wishing to enter Canada from the U.S. (or the U.S. from Canada) for recreational or tourism-related trips won’t be allowed to cross the border.

Here are answers to some of the questions you might be asking yourself.

Why is this a big deal?

Trudeau’s announcement is unprecedented, which means it’s never been done before.

On Monday, he announced that the border would be closed to all travellers except Canadians and Americans.

But on Wednesday, Trudeau took things one step further. 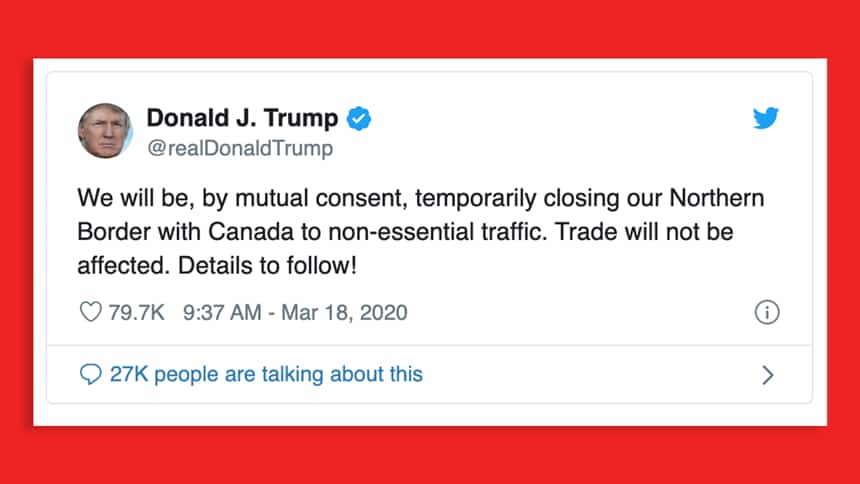 “In both our countries, we're encouraging people to stay home. We're telling our citizens not to visit their neighbours if they don't absolutely have to,” Trudeau said.

“I know it’s a hard time, but that’s exactly why we need to keep supporting each other.”

What counts as essential travel?

Although the border is closed to tourists, essential travel will continue.

The U.S. and Canada are friends and rely on each other.

You may not see it when you’re driving through, but food, gas and medication cross the borders every day.

People who drive trucks carrying those goods will continue to do so.

But businesses like hotels and restaurants that rely on tourists will be affected, especially those close to the border. The U.S.-Canada border closure will not impact goods (i.e. food and medicine, among other necessities). (Jeff Kowalsky/AFP/Getty Images)

Can Canadians in the U.S. still get home?

Trudeau said citizens will still be able to get home, but will have to self-isolate upon their arrival.

Travellers presenting symptoms of the coronavirus won’t be able to board flights, but can still enter Canada by car.

Anyone who is sick will be referred to public health authorities once they cross into Canada.

Travelling unnecessarily can help the spread of the coronavirus.

Although kids still aren’t getting very sick from the virus, they can also help spread it to those around them.

That’s why Trudeau said he wants everyone to avoid public places, and only buy what you need.

“No matter who you are and what you do, this is a time where you should be focused on your health and that of your neighbours,” he said. 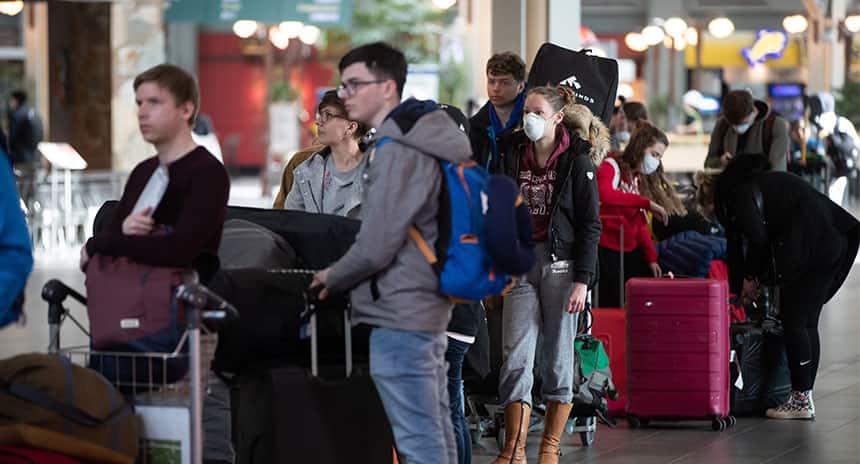 In 2019, about 69 million Canadian and U.S. citizens crossed between the two countries, according to Statistics Canada. (Darryl Dyck/The Canadian Press)

Taking a break from all the border talk, Trudeau also unveiled the government’s plan to help Canadians financially.

If your parents are out of work because of the coronavirus, Trudeau said there is money to help support them.

The plan also includes billions of dollars for workers, businesses, households and other groups such as Indigenous communities. 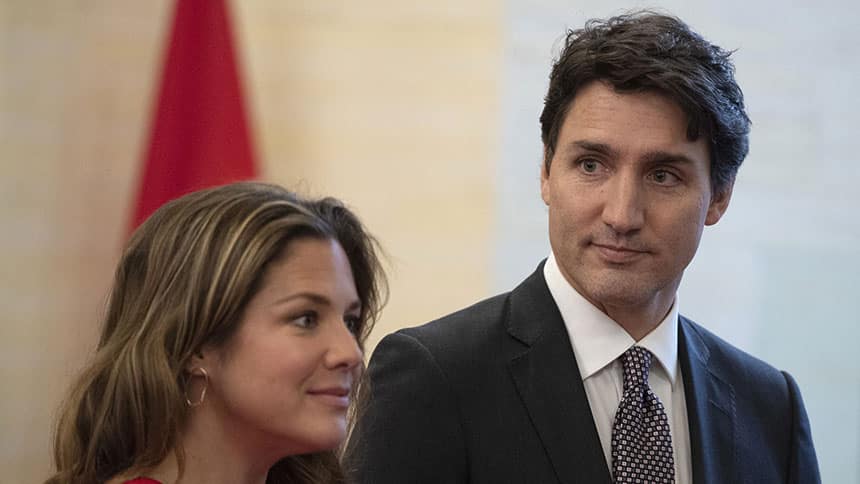 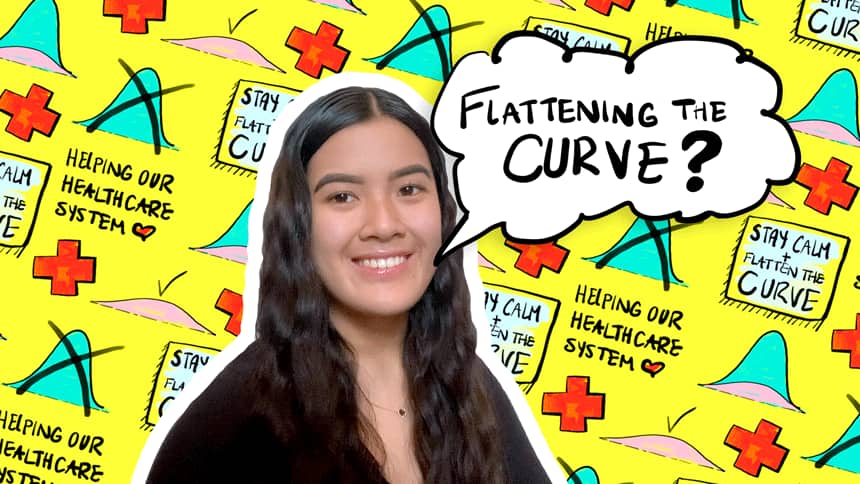 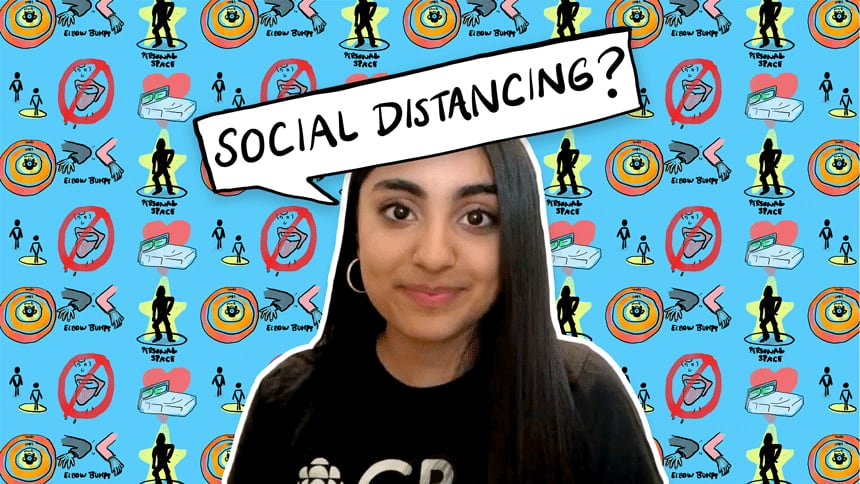