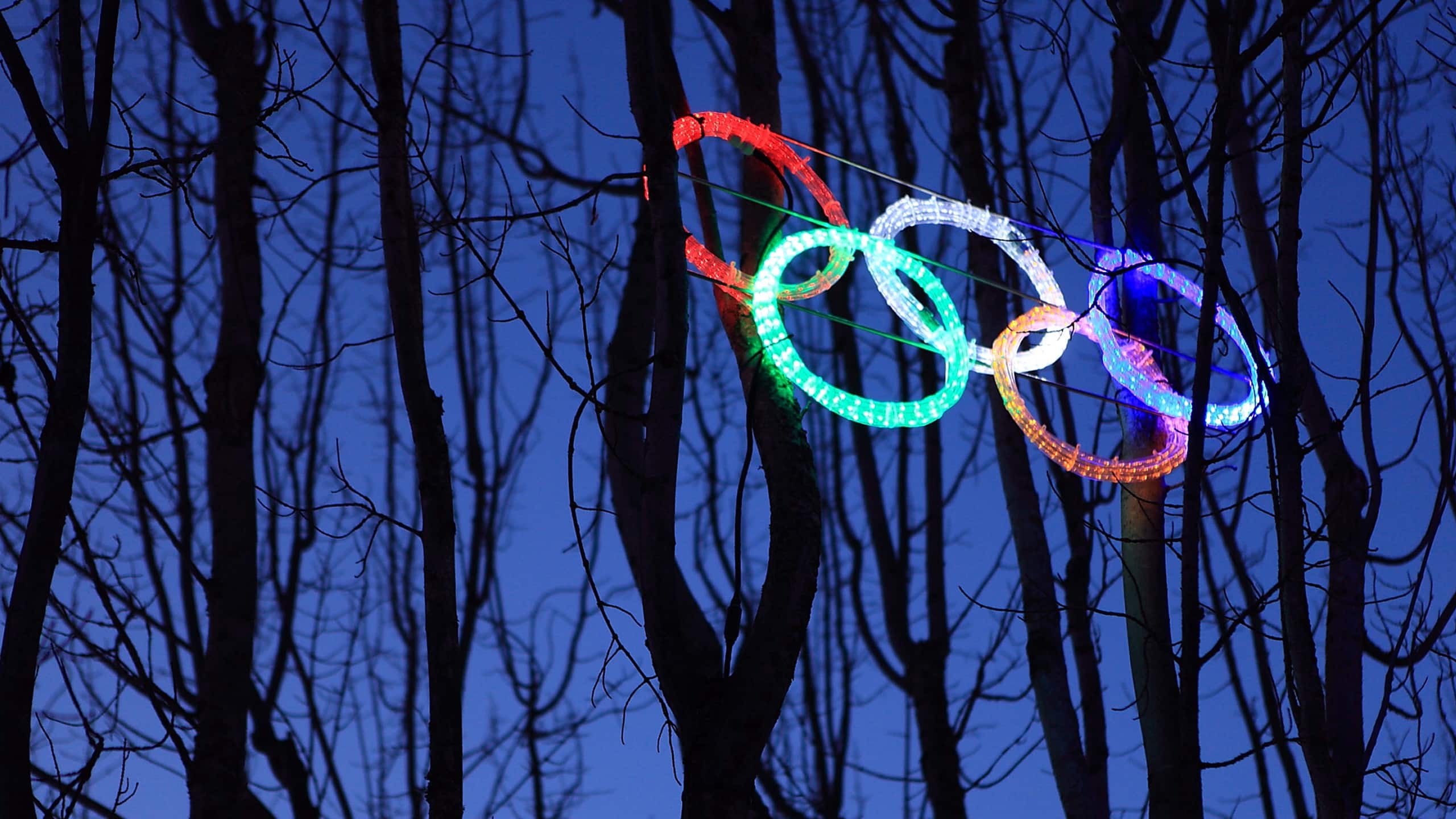 What are the chances that Calgary might host another Olympics? It’s really up in the air right now. A public vote on Nov. 13 could push politicians to make a final decision one way or the other. (CBC)

What do you think? Should Calgary host the Olympics?

The pros and cons of Calgary’s Olympic bid

It was a mix of professional athletes who gathered in Calgary Monday — young and old, from all parts of the country and a variety of sports — but they shared one thing in common: a desire to bring the Olympics to Canada again.

Gold-medal sprinter Donovan Bailey, multi-medal-winning hockey player Cassie Campbell-Pascall and even British ski jumper Eddie (The Eagle) Edwards — who won hearts as the underdog during the Winter Olympics in Calgary in 1988 — made appearances at a rally in Alberta.

The point of the event, called Yes Calgary 2026, was to promote Calgary’s bid to host the Winter Olympics in eight years. 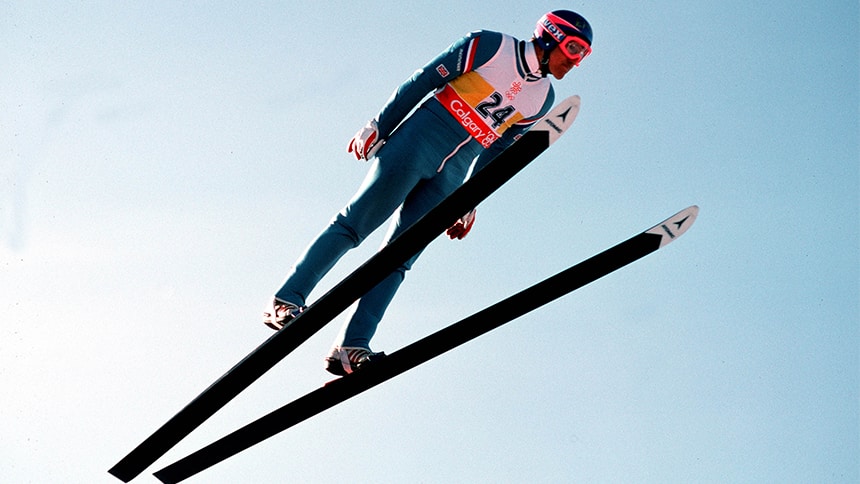 Eddie (The Eagle) Edwards, seen ski jumping at the Winter Olympics in Calgary in 1988, is one of the athletes calling on that city to host the Olympics again in 2026.  (Bob Thomas/Getty Images) 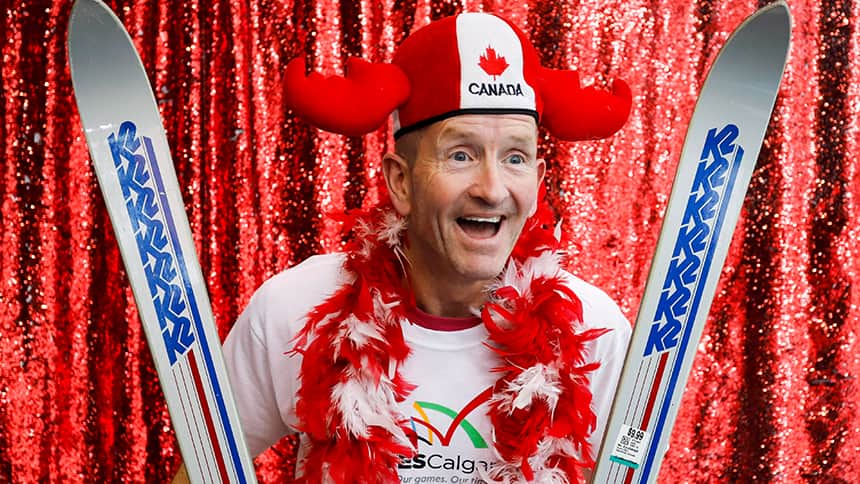 Eddie Edwards was one of a group of former Olympians who attended the Yes Calgary 2026 rally on Monday. (Jeff McIntosh/Canadian Press)

City councillors came very close to cancelling the bid outright on Oct. 31, saying it would cost Calgarians too much money.

But the people behind Monday’s rally said it would be a great thing for the city, province and country as a whole.

We asked whether Calgary should host the Olympics. Here's some of what you had to say.

How much would it cost?

At this point, it’s estimated it would cost $5.1 billion to host the Olympics in Calgary in 2026. That includes:

Members of a group called No Calgary Olympics say that’s too expensive and they worry the event might end up costing even more.

Members of the Yes Calgary 2026 group say the Olympics would be a good thing for Calgary because:

Calgarians who are 18 or older get to vote on the issue Nov. 13.

City councillors will take the results of that vote into consideration when they make their final decision.

Cities in Sweden and Italy are also competing to host the event.

The final bids need to be submitted by January 2019, and the winner will be chosen in June. 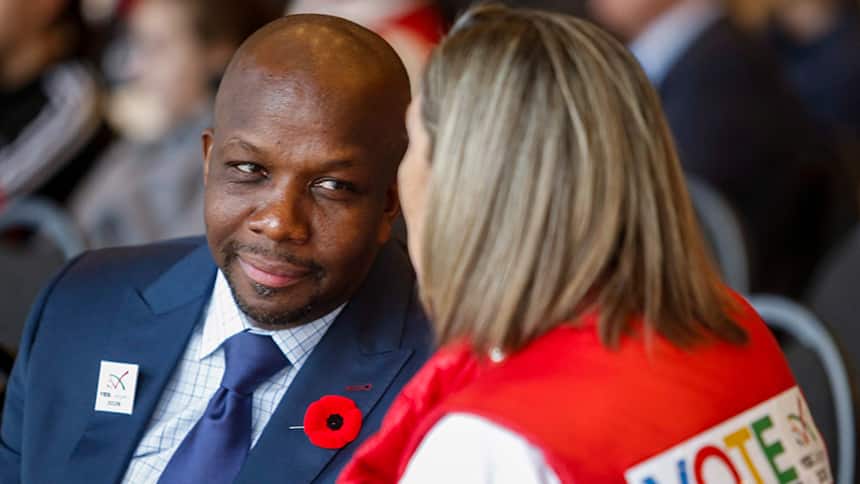 Former Olympian Donovan Bailey chats with a fan at a pro-Olympics rally at the Telus Convention Centre in Calgary on Monday. (CBC) 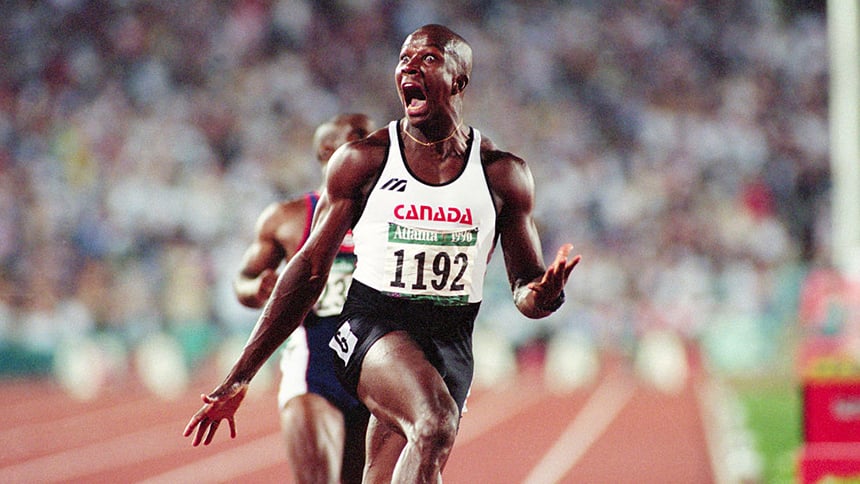 Canadian sprinter Donovan Bailey reacts after breaking a world record at the Summer Olympics in Atlanta in 1996. (Gilbert Lundt/Corbis/VCG/Getty Images) 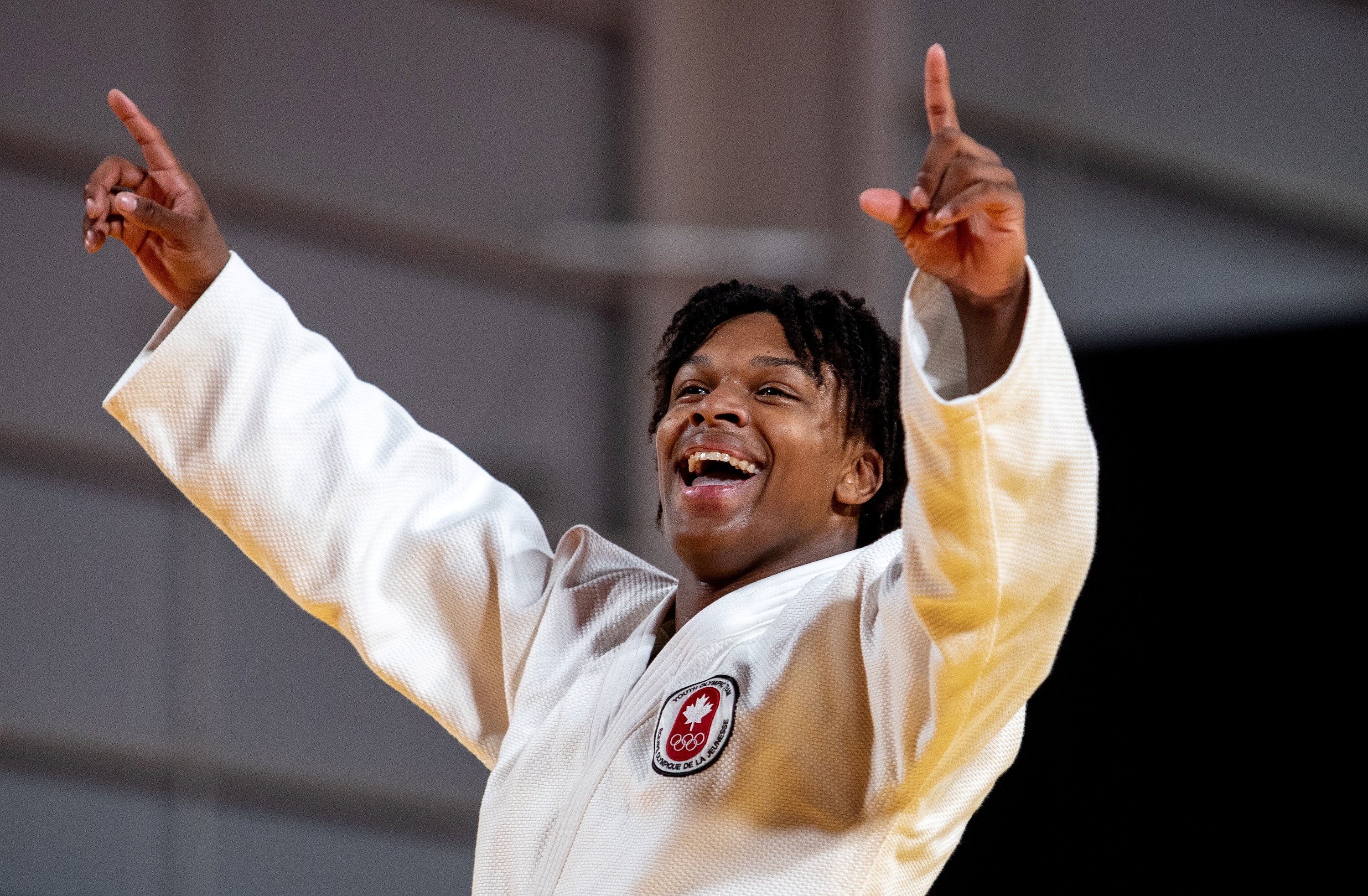 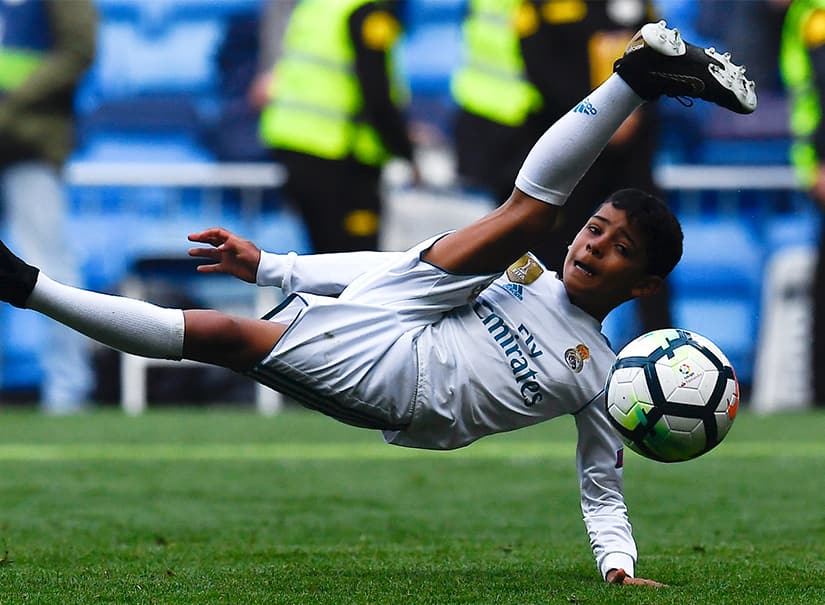