Emily Deschenes prepares to throw a stone in the tense quarterfinal match against Japan on Jan. 15. (Thomas Skrlj for CBC/COC 2020)

‘We never gave up. That’s the Canadian spirit’: Curlers reflect after loss

Teen team at the Youth Olympic Games was on a roll

Canada’s golden curling hopefuls have been defeated in the quarter-finals at the Winter Youth Olympic Games in Lausanne, Switzerland.

The final score was 4-5 in favour of the Japanese team.

Canada’s mixed curling team (a team with two boys and two girls) had been nicknamed the comeback kids during these Games, as they came back from near-defeat several times.

But another win wasn’t meant to be, as the team faced off against Japan on Wednesday at the Champery Curling Arena in Champery, Switzerland.

The game was tense!

The mixed Canadian team was initially in the lead, but things were almost too close to call.

Even the umpire had to step onto the ice during a tense moment to take a measurement to see who was winning.

The umpire spun a measuring stick around and around.

Then, after four more measurements, officials determined there would be an extra end, or round of the match, to settle the score. 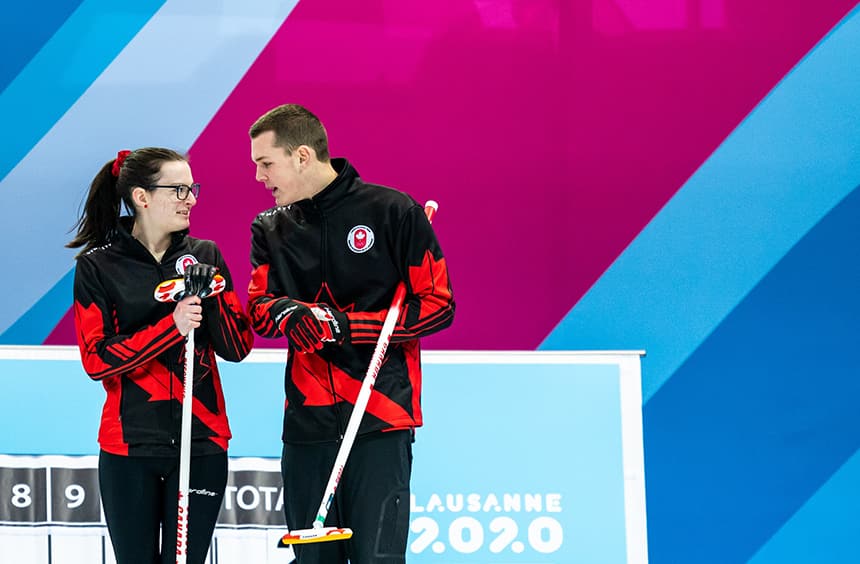 Canadians Emily Deschenes, left, and Nathan Young chat during a quarter-final match against Japan on Wednesday. (Thomas Skrlj for CBC/COC 2020)

Unfortunately, the extra end didn’t help the Canadian team, who lost in the final round.

‘I couldn't have asked for three better teammates’

Lauren Rajala, Canada’s flag-bearer at these Games and curling lead, said she was proud of her teammates despite the loss.

“I mean honestly, it's been such an amazing experience. I couldn't have asked for three better teammates. They're amazing curlers,” she said. “I'm happy to call them family.” 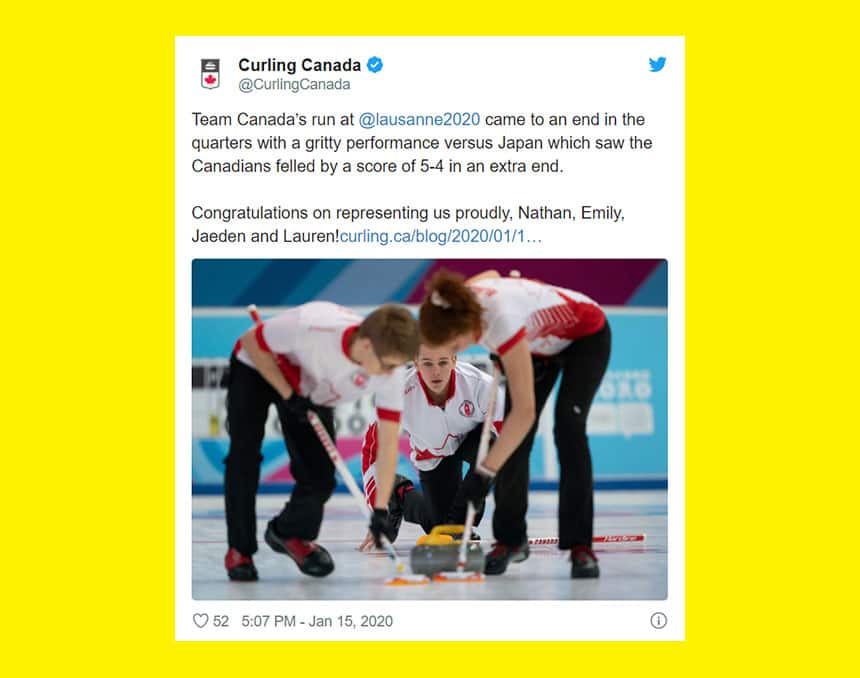 The team — skip Nathan Young, third Emily Deschenes, second Jaedon Neuert and lead Lauren Rajala — were selected by Curling Canada to represent the country at the Youth Olympics about eight months ago.

They came together in Switzerland from all parts of Canada and had limited time to practise with one another.

Young is from Torbay, N.L., Deschenes lives in Ottawa, Neuert resides in Winnipeg and Rajala lives near Sudbury, Ont.

Six days ago, they stepped onto the ice at the Youth Olympics for their first match.

It was only the second time they had all competed together.

Plus, in order to compete, they had to go through a lengthy application process, which included their community involvement and a personal essay. 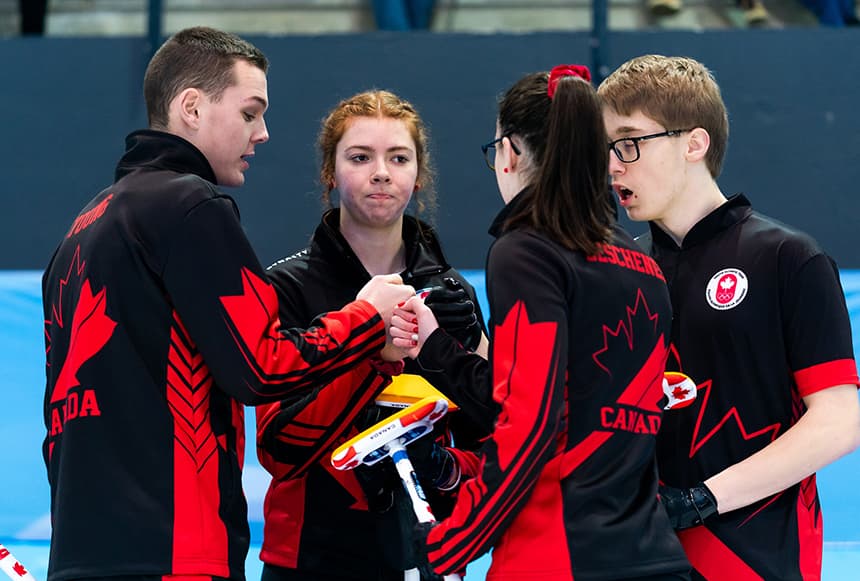 Although they had hoped to win gold, Deschenes and Neuert said they were proud of what they accomplished.

“I thought we composed ourselves well. We played really, really [well] throughout this whole thing,” said Neuert.

Deschenes said she'll never forget what it was like to step onto the ice and see the Olympic rings while wearing a Canadian jersey.

“There's a lot more to this than that game. Representing Canada at a Youth Olympics is just a crazy experience,” Young said. “To be here is amazing.”

As for the loss, the young curlers reflected on this experience with maturity.

“I think we never gave up,” said Deschenes. “That's the Canadian spirit.”

We've got you covered.

Just because our awesome mixed Canadian curling team is done for now, doesn’t mean you need to tune out!

The Games run until Jan. 22 and each day we’re covering the games with a show hosted by Arjun Ram.