Think back to your lowest point in this pandemic: What was the thing you dreamed about?

Probably some kind of magical potion that would make it all go away.

Well, we don’t have a potion, but we do have a vaccine that can protect people against the coronavirus.

Yup, it’s here! Canadians started getting the shot on Dec. 14, much sooner than many of us expected.

It seems too good to be true, right? And if you’re anything like me, you have lots of questions.

Click play to get answers from a COVID-19 researcher — and to see the look on my face when I find out the vaccine is for real!

A vaccine is a medicine that stops you from catching a certain disease.

The goal of a vaccine is to teach your immune system to recognize a virus "before you’ve even seen it," said virologist Alyson Kelvin from Nova Scotia’s Dalhousie University.

It’s like a general “teaching his army about what the enemy looks like so they can be ready to defend their city,” she said.

Vaccines are made by scientists and usually produced by pharmaceutical companies.

Governments only buy and distribute vaccines after studying them to make sure they work and are safe. 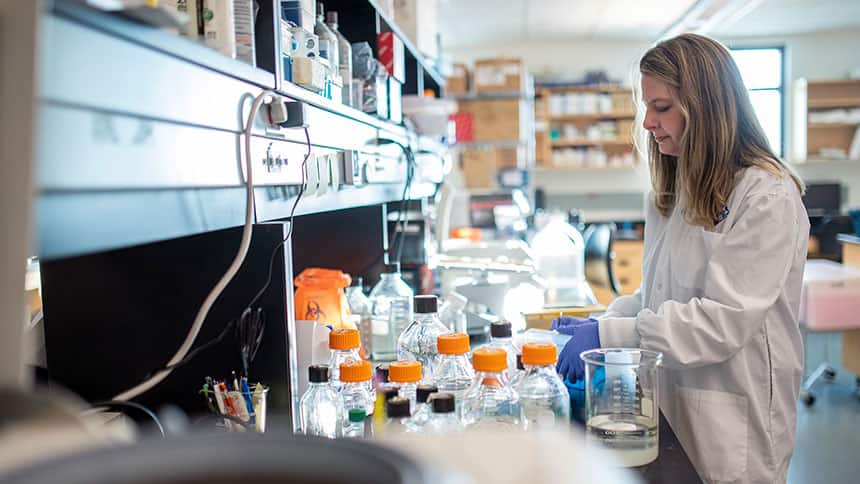 Researcher Alyson Kelvin, pictured here at the University of Saskatchewan’s Vaccine and Infectious Disease Organization, has spent the past 20 years preparing vaccines that could be used to tackle viruses like the coronavirus. (Image credit: Liam Richards/The Canadian Press)

More than 43,000 people were involved in the testing process for the Pfizer-BioNTech vaccine, which is the first COVID-19 vaccine to be approved in Canada.

That’s one of the largest groups to ever be involved in testing a vaccine like this.

We don’t rely on the company that’s selling the vaccine to prove that it works.

Instead, new vaccines are analyzed by an independent group of experts called a data and safety monitoring board.

In the case of the Pfizer-BioNTech vaccine, that independent group found that the shot was 94.7 per cent effective in people over the age of 65.

The Moderna vaccine, which is expected to be approved by Health Canada next, was found to be similarly effective. 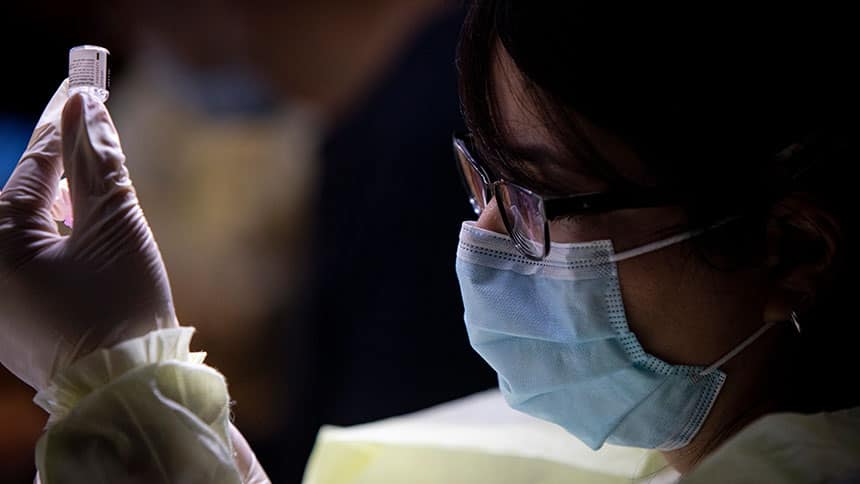 The first COVID-19 vaccines to arrive in Canada were given to high-risk people, including health-care workers and people living in long-term care homes. On Dec. 15, pharmacist Tamara Rumsey prepared shots for personal support workers in Toronto. (Image credit: Evan Mitsui/CBC)

When it comes to the safety of the Pfizer-BioNTech vaccine, the data is looking “really great” said Maria Sundaram, an infectious disease epidemiologist based in Toronto.

No serious side-effects or safety concerns have been identified, she said in a recent interview with CBC’s Front Burner podcast.

About half of the people who got the shot during the testing stage had a sore arm, felt tired and had a slight headache.

An even smaller group experienced some muscle pain, chills or fever.

But, according to the Health Canada website, these are “common side-effects” of vaccines that “do not pose a risk.”

It’s too soon to tell if there could be any long-term effects, but “we’ve done everything we possibly can to eliminate that possibility,” Sundaram said.

Most side-effects usually show up within the first two months after taking a vaccine, she added. 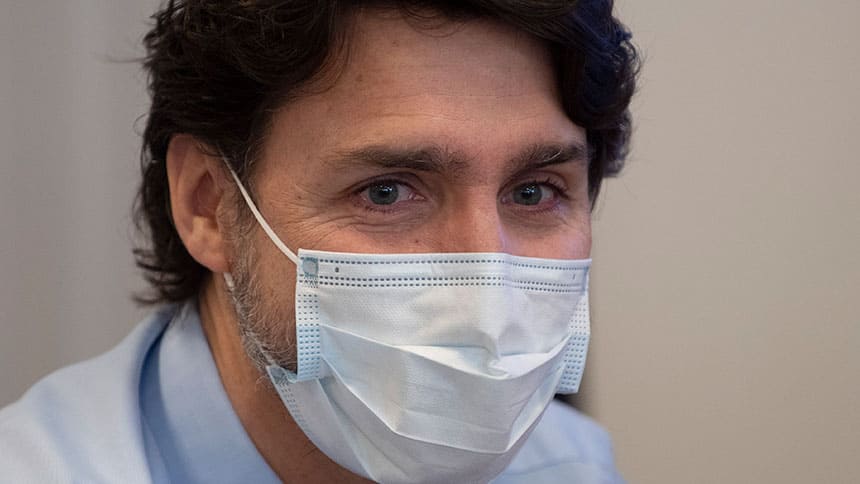 On Day 2 of Canada’s COVID-19 vaccination program, Prime Minister Justin Trudeau visited with people who were getting the shot at the Ottawa Hospital. (Image credit: Adrian Wyld/The Canadian Press)

This vaccine “didn’t come out of thin air,” said Kelvin, who moved to Saskatoon in mid-February to study COVID-19 at the University of Saskatchewan's Vaccine and Infectious Disease Organization.

Researchers like Kelvin always have a number of “flexible” vaccines on standby that can be completed when a new pandemic happens, she said.

In this case, “the whole vaccine isn't new,” Kelvin said. “Just a small piece of it is new.”

No steps were skipped in the approval of the vaccine either, said Health Canada's chief medical adviser, Dr. Supriya Sharma.

“Even though the overall timeline has been shorter,” she said, the Canadian government’s review was “just as rigorous as what we normally do.” 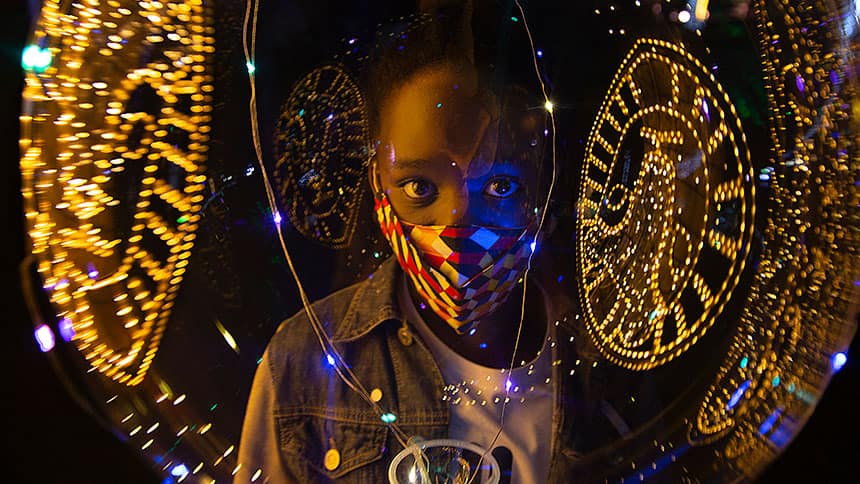 If you had a COVID-19 vaccine on your Christmas wish list, you might want to reassess. The approved vaccine is only available to Canadians over the age of 16 for now. (Image credit: Denis Farrell/The Associated Press)

5/ When can kids get vaccinated?

At this point, only Canadians who are older than 16 are allowed to get a COVID-19 vaccine.

That’s because so few kids have been part of the testing process so far, and there isn’t enough evidence to prove that the shots are safe for kids.

It’s common for new vaccines to be tested on adults first, said Shannon MacDonald, an assistant professor in the faculty of nursing at the University of Alberta.

Kids often need “a slightly different formulation or a smaller dose” compared to adults, MacDonald said, so it’s smart to wait and test the shots on children separately.

Pfizer-BioNTech started testing its vaccine on kids as young as 12 in October, but those results aren’t available yet.

Moderna plans to expand testing to kids 12 and older before the end of 2020.