WATCH — Why the #TwoStepsForward meme has people talking about white privilege

It’s not just a trend. It’s been a problem for years, says activist

Some people are always just a few steps ahead in life.

And it’s likely because of the opportunities they’ve been granted from birth.

That’s the takeaway of a YouTube video that highlights how some kids are automatically given a head start in life if, for example, they have:

In the video, kids are invited to take two steps forward if they can answer “yes” to a series of questions about privilege as they start a race to win a $100 bill.

Most of the kids left in the back are Black.

The #TwoStepsForward meme on TikTok is based on that video. 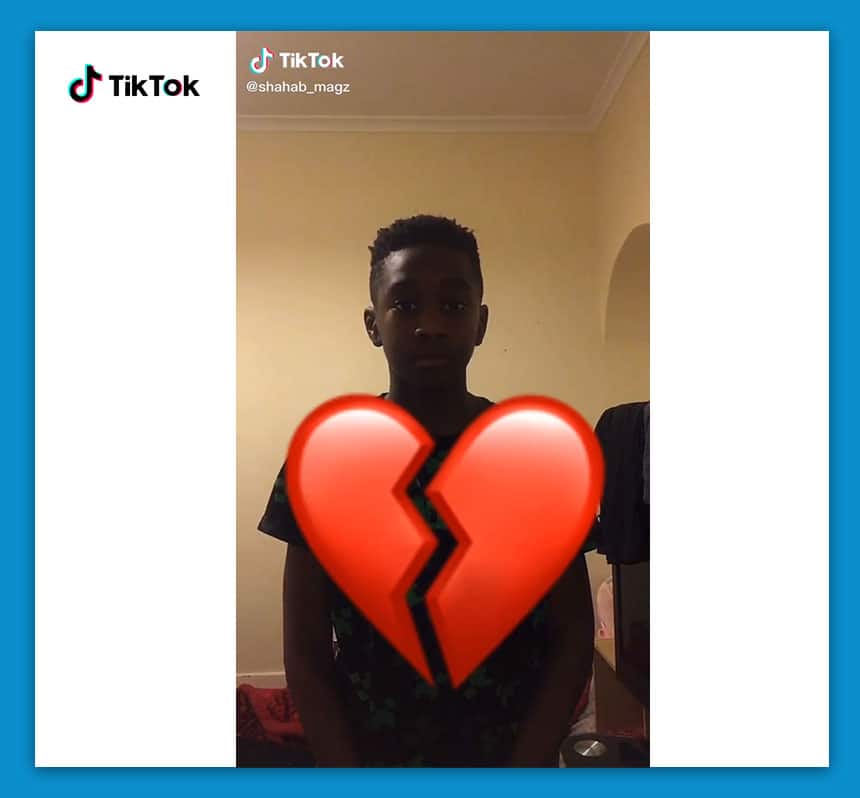 What is white privilege?

“We all have privilege,” said Tisha Nelson, vice-principal at Ashton Meadows Public School in Markham, Ont. “Right now, white privilege seems to be the buzzword.”

“When you have white privilege, the meaning that's attached to white skin is positive,” Nelson said. “And so it gives you great advantages.”

“So when people see white skin, they see someone who is presumed to be competent... smart … trustworthy and safe and friendly.” 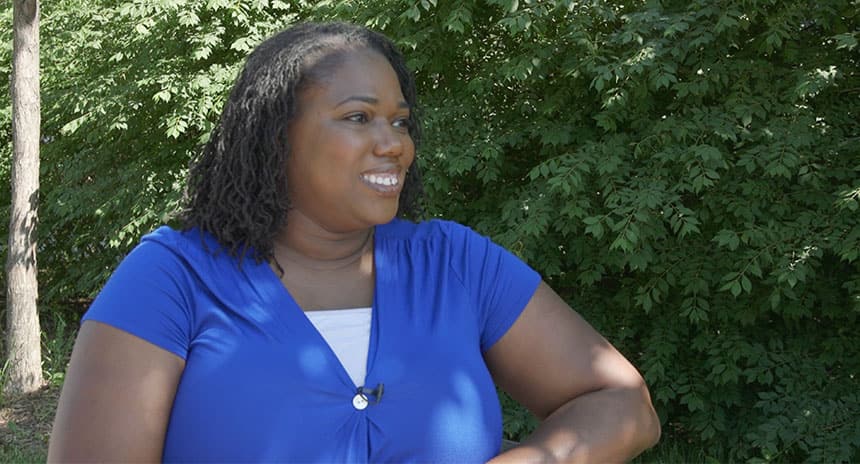 Tisha Nelson says kids have a voice and can make a difference by taking an active role in their schools to make things better. (CBC)

It’s a concept that’s being talked about a lot since George Floyd, an unarmed Black man, was killed by a police officer in the U.S.

Want to know more about the #TwoStepsForward video and meme? Check out this video:

What is systemic racism?

The other concept that’s come up a lot lately is systemic racism.

“When we talk about systemic racism, we're talking about the ways in which a system operates to disadvantage people based on the colour of their skin,” said Nelson.

Our systems (such as schools, governments, police forces) were established many years ago, before Black people were granted equal rights.

“[The system] wasn’t made for us Black people,” said Quentrel Provo, an activist and founder of Stop the Violence, a Halifax organization. 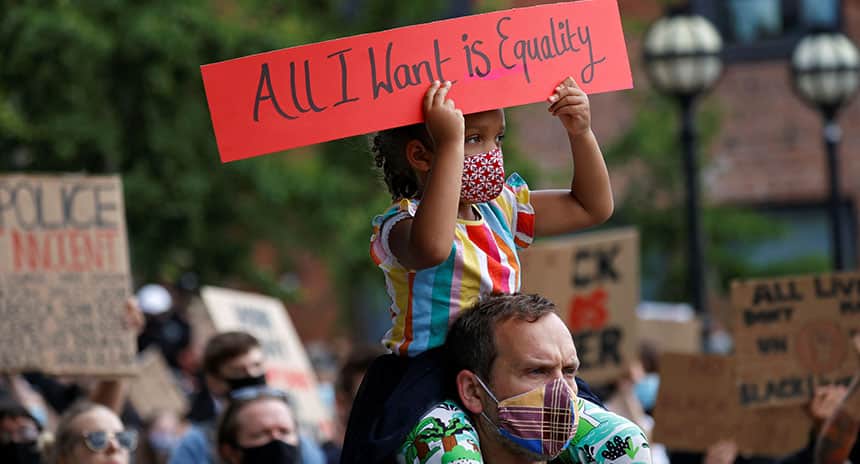 Even though Black kids are given equal rights as white people, they don’t all have the same opportunities as white do kids growing up. (Phil Noble/Reuters)

“We're free and we're supposed to be equal in everything,” said Provo.

But the systems in place are keeping Black people from having the same opportunities as white people, he said.

‘Not all Black kids look alike’

Provo said he has experienced systemic racism many times living in Nova Scotia.

Provo said the police pulled up and questioned him and his friends because “they fit the description.”

“You find out that it's because you're Black and every Black person fits the description,” he said. 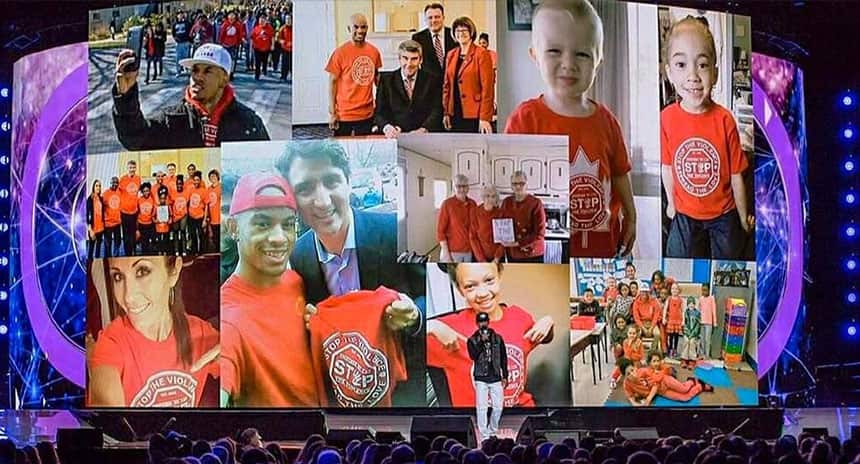 Quentrel Provo speaks at a WE Day event in Halifax in 2017. (Martin Blais/Aggro Photography)

How do we move past this?

Since Floyd’s death, there have been massive demonstrations around the world, and people are talking about defunding the police.

Wealthy individuals and organizations are vowing to help by doing things such as raising money to help Black people.

But more needs to be done, said Provo, like educating people and changing laws.

Quentrel Provo said ‘it hurt’ to be discriminated against because he’s Black. (CBC)

As for the #TwoStepsForward meme, Provo said anything that can raise awareness is going to help.

“So that trend is actually helping so I'm all for it.”

For more articles videos on the topic, check these out: 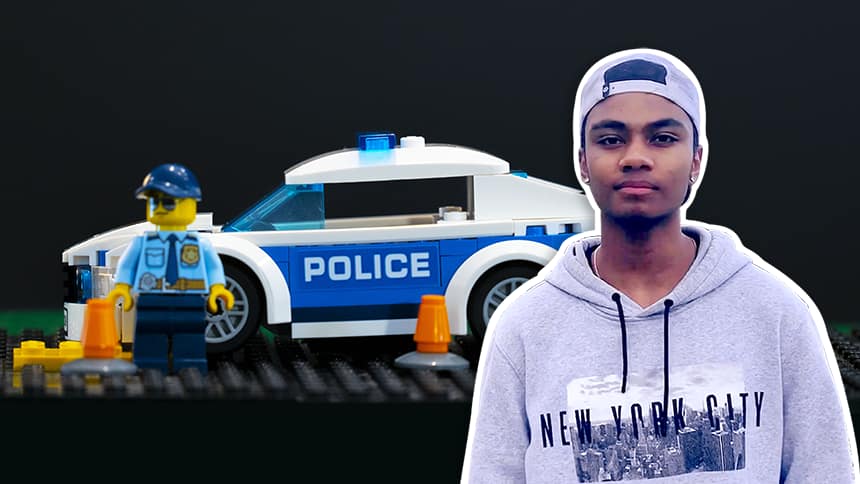