The Raptors have a chance to make history tonight

If you came face-to-face with a player from the Toronto Raptors, what would you ask him?

CBC Kids News contributor Arjun Ram had that opportunity on Sunday when he watched part of the Raptors’ practice ahead of Game 5 of the NBA Finals tonight.

“I was once in your shoes” - Kyle Lowry

The Raptors are one win away from the championship, and lead the series 3-1 over the Golden State Warriors.

The star player appeared to be stumped when Arjun asked him “How does it feel to be an icon all over Canada to kids?” 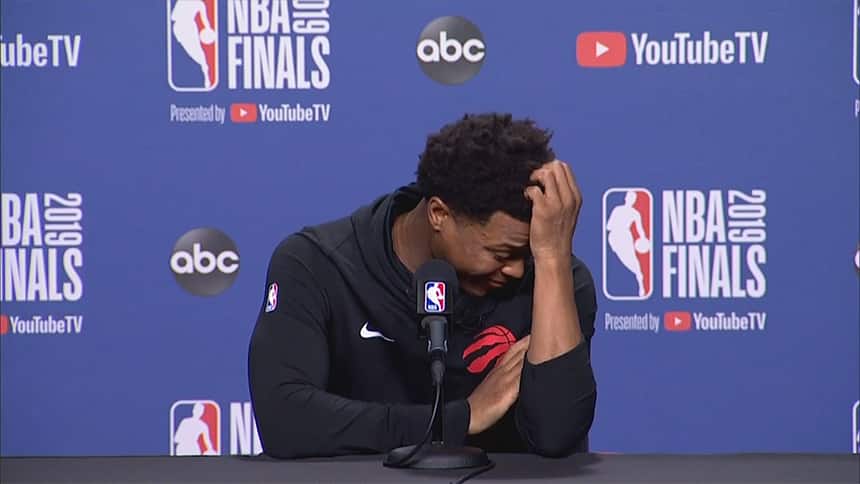 Kyle Lowry didn’t know what to say when CBC Kids News contributor Arjun Ram asked him what it meant to be an icon for Canadian kids. (NBA)

“That’s a crazy question. I ain’t never been asked that one,” Lowry said as he scratched his head.

After a brief moment of reflection, he answered.

“I was once a kid, I was once in your shoes, and to be able to know kids one day will want to be like me, I hold myself to a super high standard,” the 33-year-old said.

“I want you to see a man that’s really professional, really about his business, but at the same time be still fun and loving and everything else.” 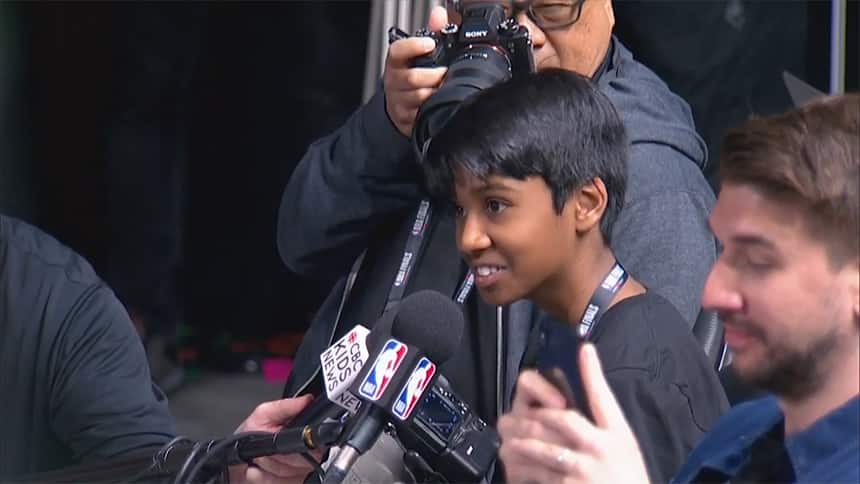 Arjun Ram, 13, was the only kid reporter to interview the Raptors on Sunday. (NBA)

Lowry then challenged the next reporter to ask him a question as good as Arjun’s.

“You can try, but you can’t beat that question,” Lowry said with a smile.

“That’s when I was like, whoa, what’s going on here?” Arjun said after the interview.

“This isn’t real. I’m still very shocked by his answer, and how nice he was to me.”

Behind the scenes at the practice

Check out the video at the top of the page for more fun facts about these stars: 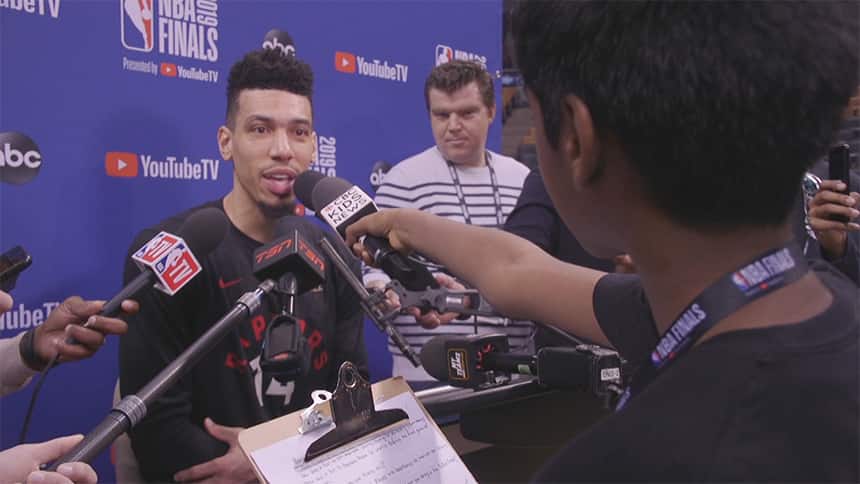 Raptors shooting guard Danny Green talks about what kind of music he listens to before the game. (Spoiler alert! Drake is one of them.) (David Mewa/CBC) 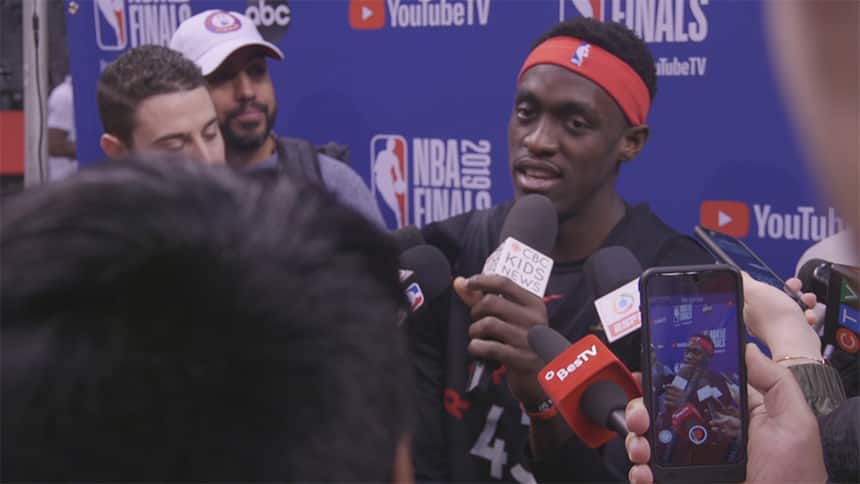 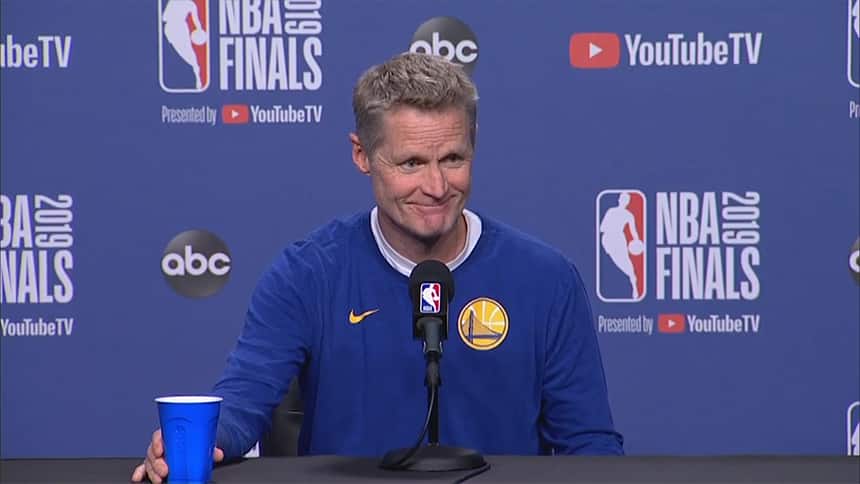 The Golden State Warriors head coach Steve Kerr talks about what made him want to play basketball. (NBA)

And who is that kid on the court? 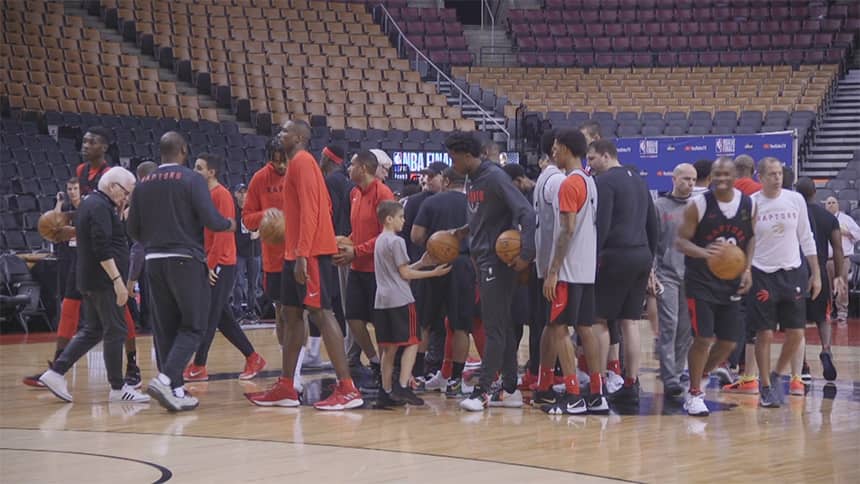 The Toronto Raptors practise with 11-year-old rebounder Teddy Sann ahead of game 5 of the NBA Finals on Sunday. (David Mewa/CBC)

Arjun did find one other kid at the practice on Sunday: Teddy Sann, 11, a rebounder for the Raptors.

He gets the rebounds from players during the warm-ups and practices.

It started when he was younger and his dad worked for the Brooklyn Nets.

“It’s a lot of fun, it’s a lot of excitement. I’m really lucky to have this opportunity,” he told Arjun.

The Raptors face off against the Golden State Warriors tonight in Toronto.

If they win, it will be the first time the team brings home the NBA championship since their first season in 1995.

Arjun Ram
CBC Kids News Contributor
Arjun Ram is a Grade 8 French Immersion student from Hamilton, Ont., with many diverse interests. He loves sports, music and math. You may remember him as one of the 12 contestants showcasing his talents on CBC’s Canada’s Smartest Person Junior. Arjun has developed an interest in politics — specifically, its impact on everyday life and how it will shape the future. He hopes to one day work as a news anchor for CBC.