On a remote island in the Pacific Ocean, on the rocky slopes of a volcano, lives the only population of Galapagos pink land iguanas.

Now for the first time, scientists have seen their hatchlings and nesting sites.

Conservationists with the Galapagos National Park Directorate and the Galapagos Conservancy documented this discovery last month.

The species is at risk of extinction, according to the IUCN (International Union for Conservation of Nature) Red List.

This discovery may give scientists the information they need to develop strategies for protecting the rare reptiles.

What is a pink iguana?

Pink iguanas are reptiles with a characteristic rosy hue, which comes from a lack of pigmentation, or colour, in the skin.

They look pink because the blood under their skin is showing through.

Only adults have this colouring — hatchlings are born green with striped bodies.

Hatchlings are babies that recently came out of their shells. 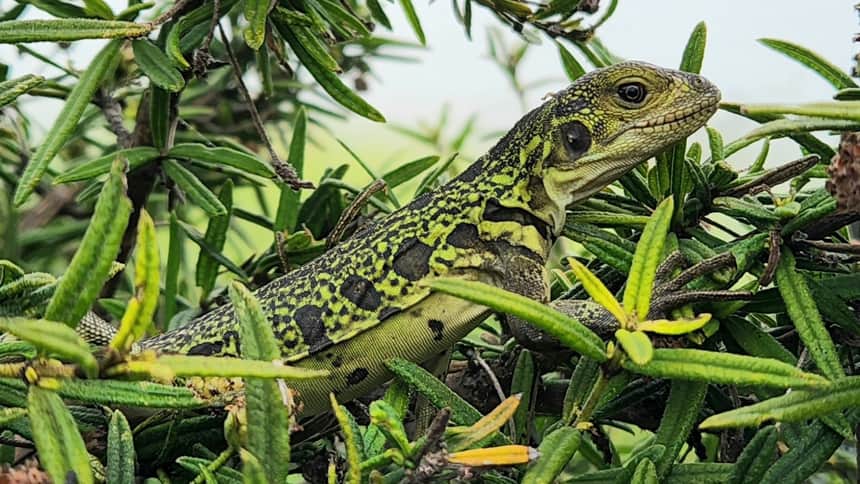 They eat fruits and leaves, and can grow up to 47 centimetres in length.

The species is unique to the slopes of the Wolf Volcano, on Isabela Island in the Galapagos archipelago, or group of islands.

What threatens the iguanas?

Rodents and wild cats prey on the iguana eggs and hatchlings, while poachers and wildlife traffickers pose an additional threat, according to the Galapagos Conservancy.

The Galapagos Conservancy estimates there are only 200-300 adult pink land iguanas left. 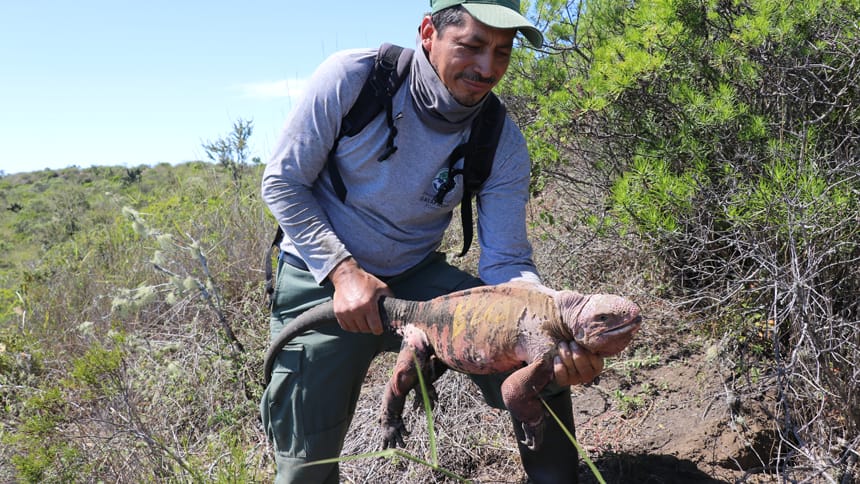 Why scientists are hopeful﻿﻿

Setting up cameras near the iguanas’ nesting sites has given conservationists valuable insight into the threats these reptiles face.

“If we hadn’t made this discovery … they could become extinct in a few years,” said Washington Tapia, the Galapagos Conservancy’s general director. 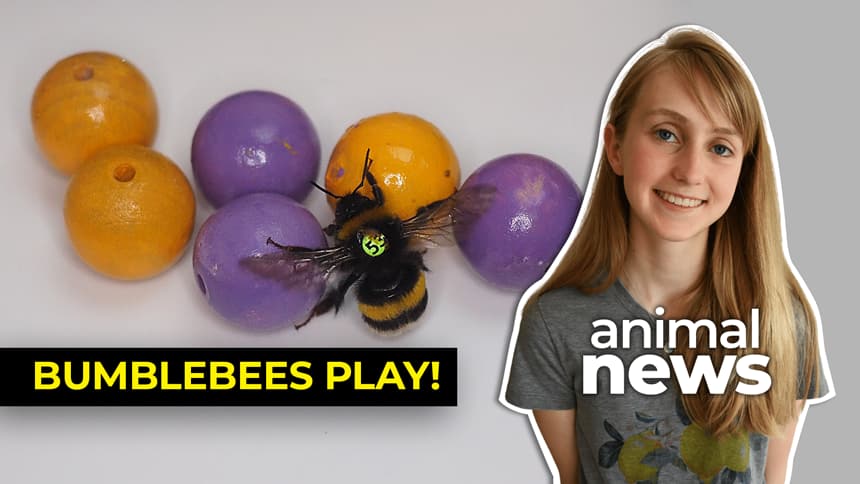 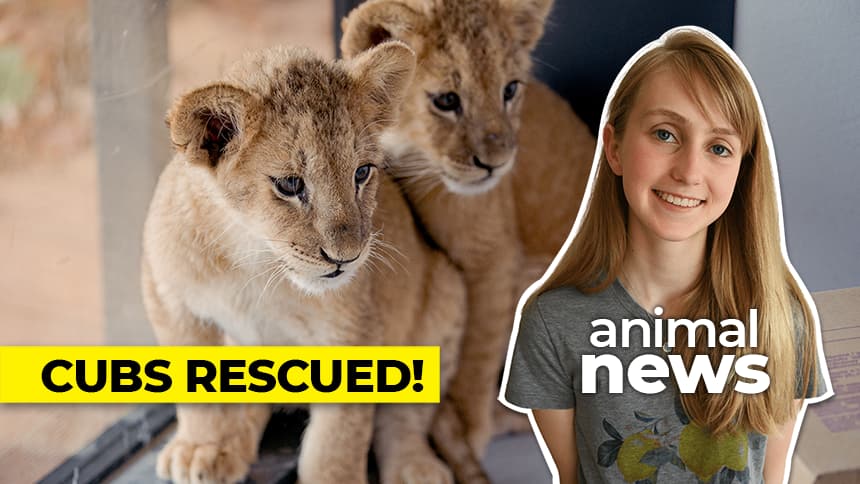 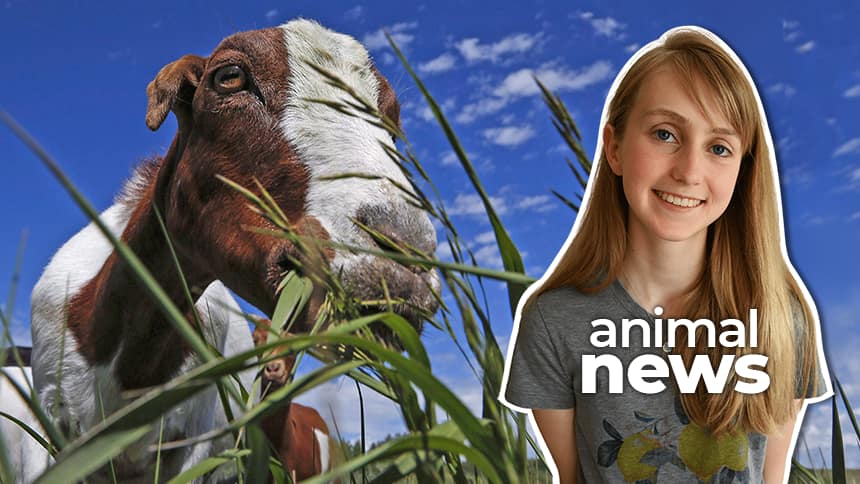