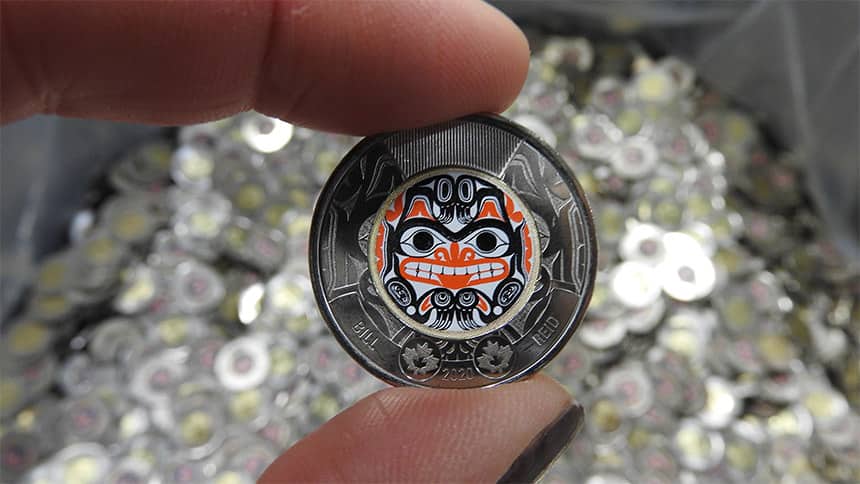 Watch for this new toonie! Here’s the story behind it

If you’re a coin collector — or perhaps you’re given an allowance in toonies — there are two new special edition coins you should watch out for.

Reid was a Haida artist. The Haida are a group of Indigenous people living in the Haida Gwaii archipelago, a group of islands off the coast of British Columbia. 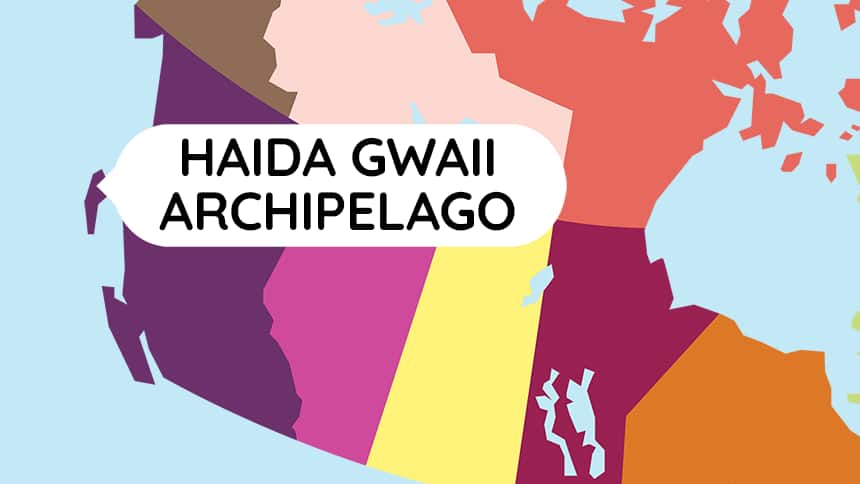 The $2 coins are branded with an image Reid painted on a ceremonial drum in 1998 called Xhuwaji, Haida Grizzly Bear.

Here are the new coins to watch for: 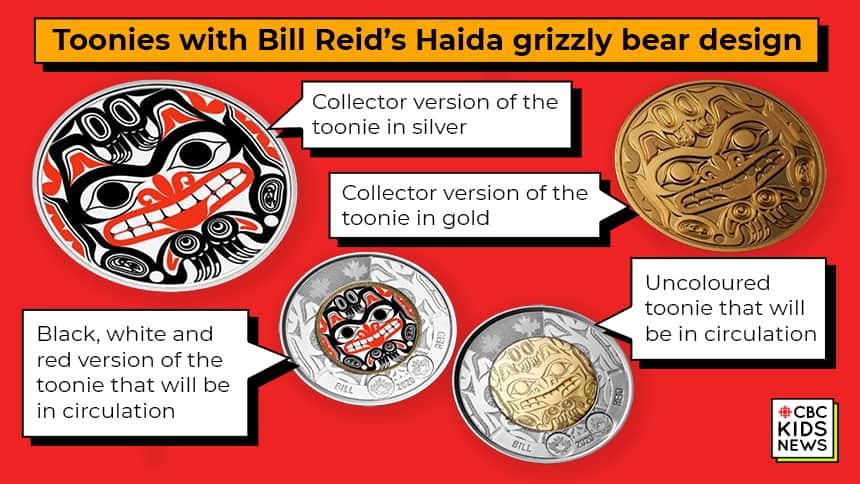 The Haida grizzly bear was a favourite character of Reid’s and continues to act as an important symbol for the Haida Nation.

And now that symbol serves as the design. 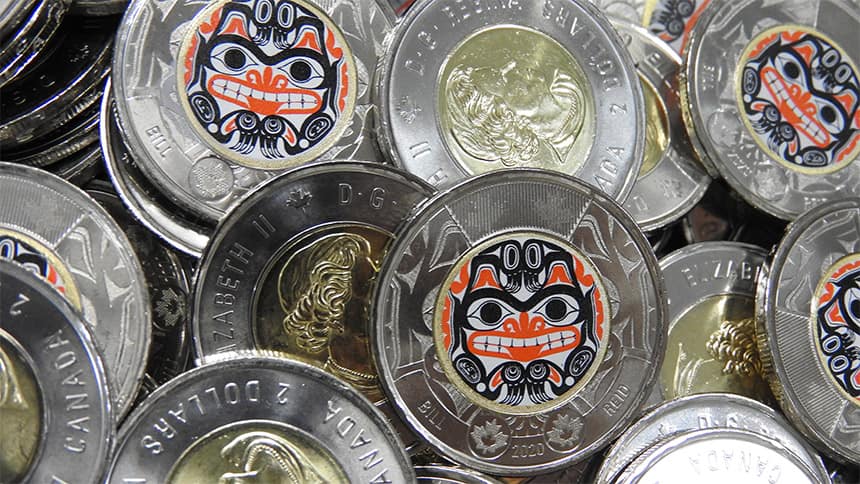 Reid died in 1998 of Parkinson's disease.

In his lifetime, he created more than 1,500 pieces of art, ranging from jewelry to monumental carvings and sculptures.

“Thanks to his timeless art, the artists who he inspired and apprenticed, and his role in introducing the world to Haida art and culture, he will never be forgotten and will forever be celebrated.” - Royal Canadian Mint

His work is known to have helped bring global recognition and respect to Northwest Coast art.

Hoping to get your hands on one of these unique coins?

There are three million new toonies in circulation as of today, two million of which are in full colour. 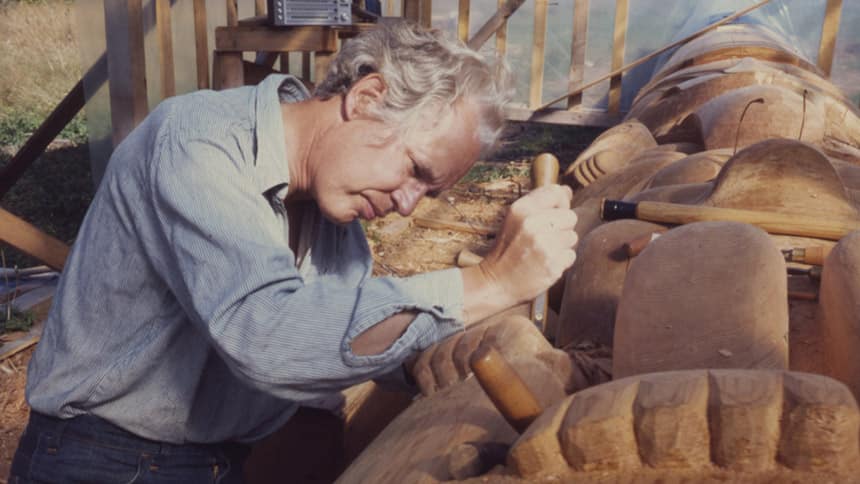 With files from CBC Radio’s As It Happens