WATCH — On the ground with Greta Thunberg in Montreal

It was a day thousands of kids in Montreal won’t soon forget.

The words of Greta Thunberg resonated through the streets of the city on Sept. 27 as the crowd stood in admiration.

“We will never stop fighting for the living planet and for a safe future,” she said.

An estimated half a million people followed the 16-year-old climate activist through the streets.

Students took part in massive strikes across Canada and around the world as well. 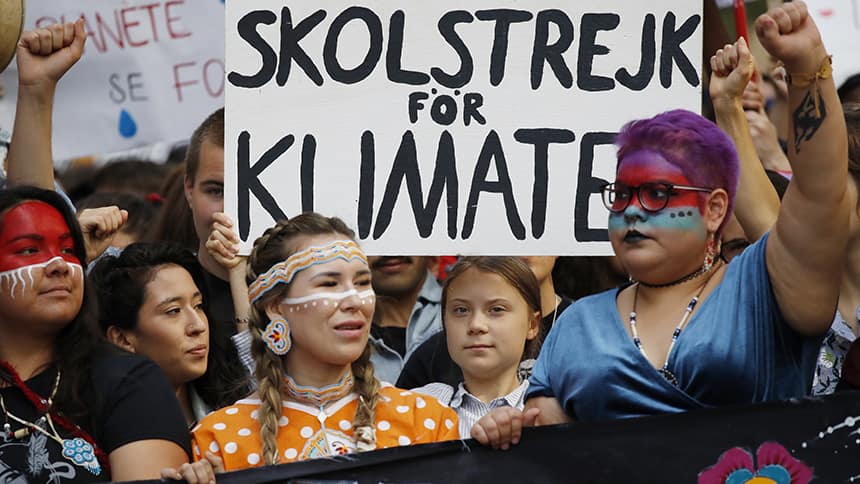 “You should be very proud of yourselves, because this we have done together, and I cannot thank you enough for being here,” she told the crowd at the end of the march.

The speech was delayed because it took so long for all the protesters to make their way through the four-kilometre route. 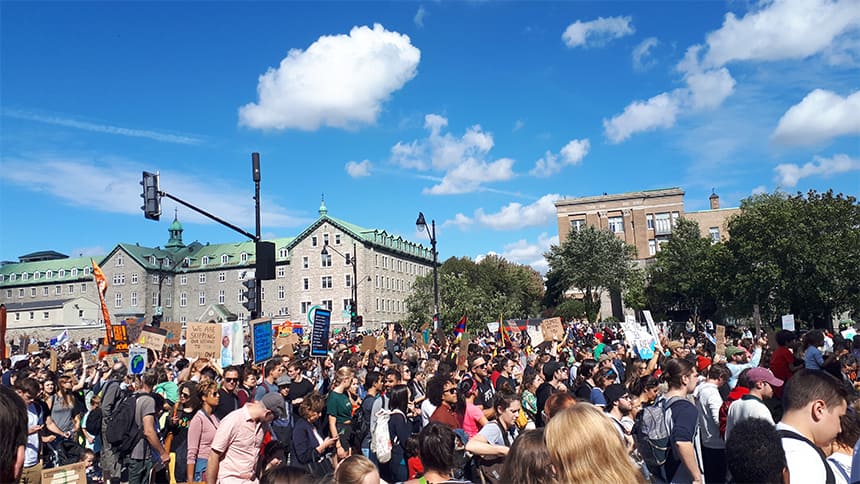 Public transit was free all day in Montreal on Friday and some schools and businesses were closed. (Franca G. Mignacca/CBC)

Earlier in the day, at a ceremony with Indigenous leaders, Greta answered a few questions from the media.

She said she came to Montreal because she was invited.

“I decided to go there because I think it's fun to visit lots of different places,” she said.

Several schools, CEGEPS and universities in Montreal cancelled classes, allowing the students to attend the strike.

“I don’t find it’s right that we have to skip school to come and deal with the problem that’s going to be our future,” she said as the crowd gathered for the march.

“I want to do stuff in my future, and it feels like something bad could really happen,” she added. 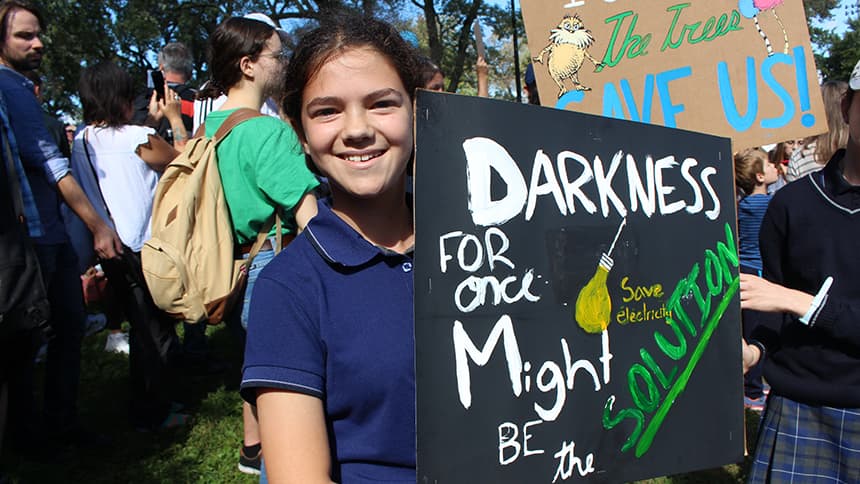 Sophia Martucci made a sign encouraging people to save electricity. (Franca G. Mignacca/CBC)

Greta Thunberg’s #FridaysForFuture movement has inspired Sophia and her family to reuse things rather than buying new, by shopping at a store that sells second-hand items.

“[Greta]’s such an important influence for me,” she said. “She’s the same age as us and she’s doing so much for the planet. Because sometimes we feel like we don’t have a voice…. She’s our voice.” 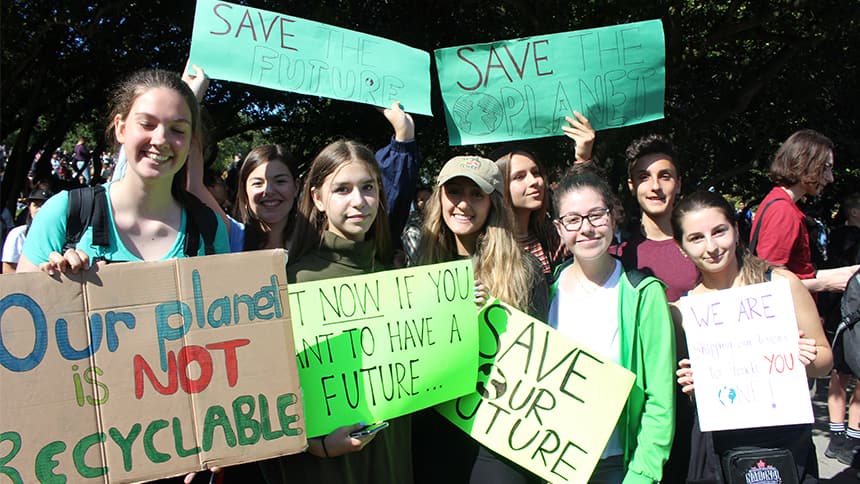 Franciska Otaner, 16, centre, has gone vegan along with her whole family to help reduce her carbon footprint. (Franca G. Mignacca/CBC)

Franciska said she’s made changes in her life to curb climate change, but knows more needs to be done.

“The most important changes need to come from the politicians,” she said. “So that’s why we’re here protesting.”

In her speech, Greta pointed out the lack of action from Canadian politicians on climate change.

“You are a nation that is allegedly a climate leader,” the Swedish teen said.

“And Sweden is also a nation that is allegedly a climate leader. And in both cases, it means absolutely nothing. Because in both cases, it's just empty words. And the politics needed are still nowhere in sight.” 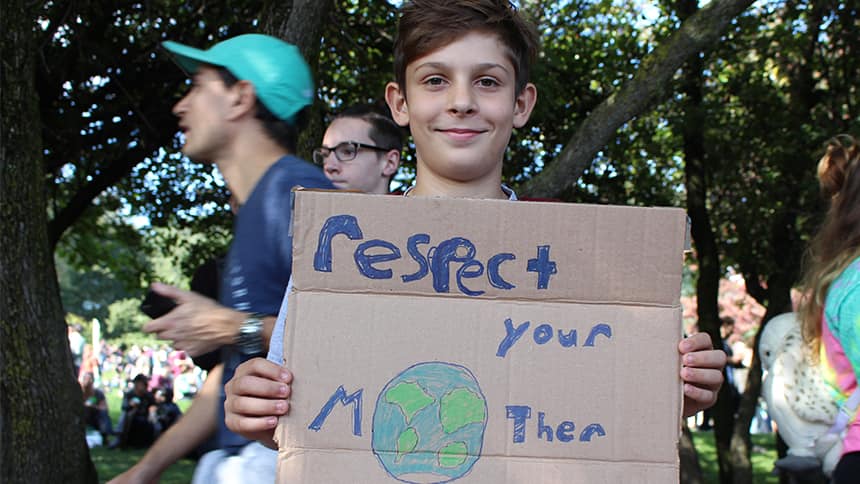 Julio Ruizdelaorden, 12, said he and his family are composting and recycling more to help the planet. (Franca G. Mignacca/CBC)

Greta met Prime Minister Justin Trudeau ahead of the strike, and told him he isn’t doing enough to protect the environment.

"My message to all the politicians around the world is the same: Just listen and act on the current, best available, united science," she said.