At eight days old, this baby hippopatumus is sticking close to its mom.

The calf, which was born at Zacango Zoo in Calimaya, Mexico, in July, spent the first few days of its life swimming, eating and bonding with mama.

And while zookeepers weren’t able to get too close during those early days, they did say the unnamed baby was in good shape from Day 1.

“It appears to be well,” said zoo veterinarian Juliana Leal in Spanish.

That’s good news, given that hippos are considered a vulnerable species. 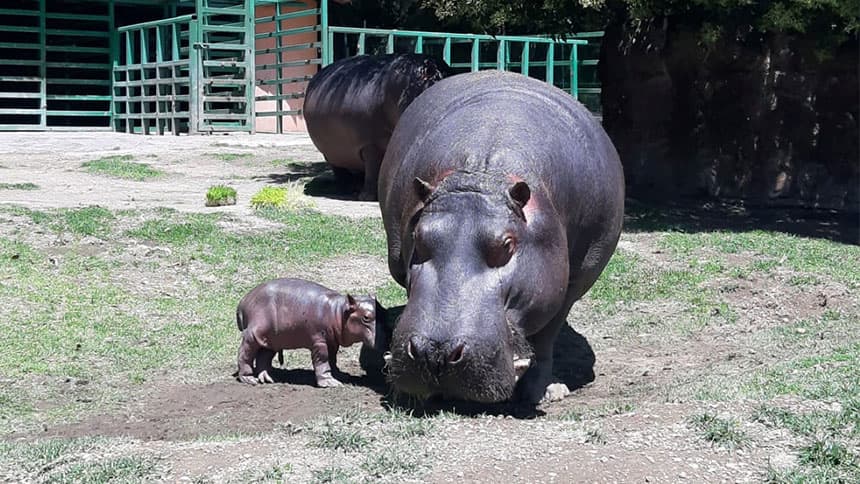 A mother hippo, named Tamba, and her unnamed baby at the Zacango Zoo in Calimaya, Mexico in July. (Image credit: Zacango Zoo/State of Mexico/Reuters)

According to the International Union for Conservation of Nature (IUCN), a group that tracks endangered species, the hippopotamus population dropped in the 1990s and 2000s.

Experts blame the decline on a loss of habitat and illegal hunting.

The species, which was last assessed by IUCN scientists in 2016, is now considered stable. 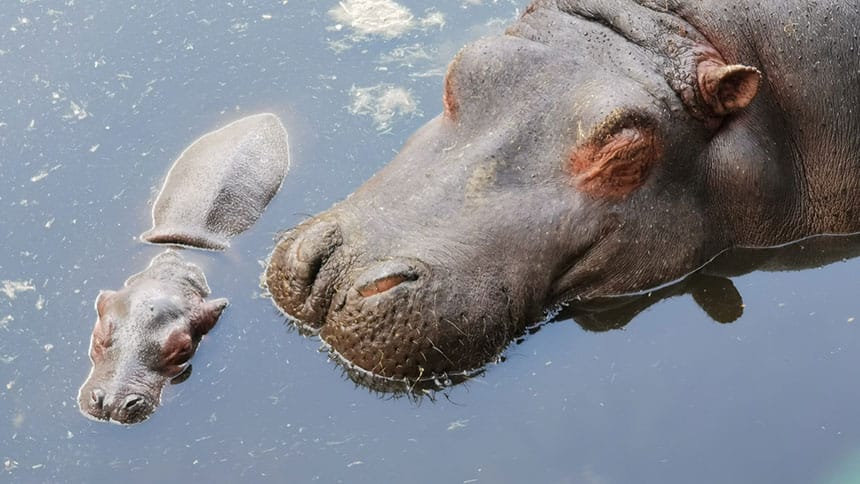 Zoo staff said the mother hippo and her calf went everywhere together in the early days. (Image credit: Zacango Zoo/State of Mexico/Reuters)

Hippos don’t reproduce well when they’re under stress, said Leal, so the fact that this birth happened suggests the hippos at the zoo are doing well.

Watch the video to see the baby hippo snuggling with its mama!