Mech machines in development around the world

It took almost 15 years and a pile of cash, but a B.C. man has managed to design a giant mechanized exoskeleton — and it walks.

Well, it only walks if the pilot strapped into the centre of the machine can figure out how to work the controls.

Hit play to watch a pilot-in-training try and make the machine move:

What kind of machine is this?

A mechanized exoskeleton (or mech) is a wearable machine that moves — sort of like a Transformer with a human pilot.

Mech machines are currently being developed around the world for use in a number of industries.

The hope is that they can one day protect soldiers on the battlefield, help construction workers do physical tasks and maybe even teach an injured person how to walk again. 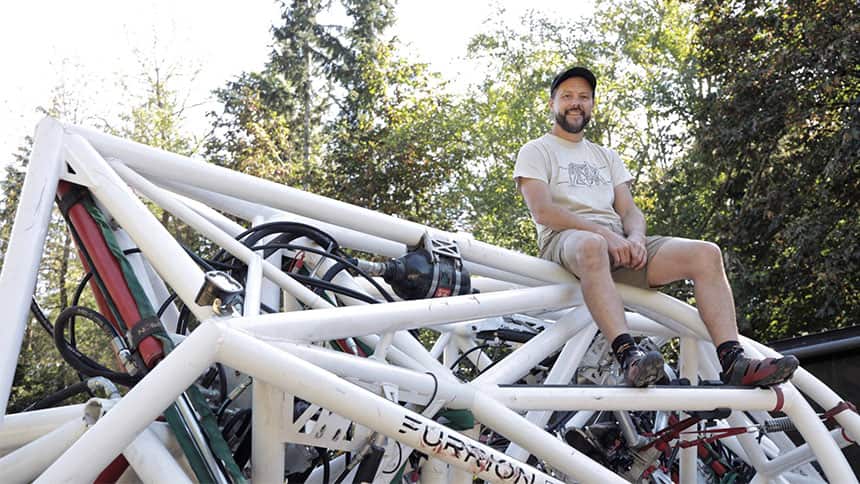 Jonathan Tippett said he couldn’t estimate how much the project has cost him over the past 14 years, but he thinks his mech machine could be reproduced for $1.5-$2 million. (Image credit: Rafferty Baker/CBC)

In this case, biomedical engineer Jonathan Tippett built his machine with a more philosophical goal in mind: “to create a new experience for humans.”

Speaking from a testing site in B.C.’s Squamish Valley this summer, he said he wants to start a mech racing league one day.

“The master plan is an international sports league, where you have multiple world-class athletes going head-to-head over complex, technical obstacle courses, wearing these giant powered all-terrain mech suits,” he said. 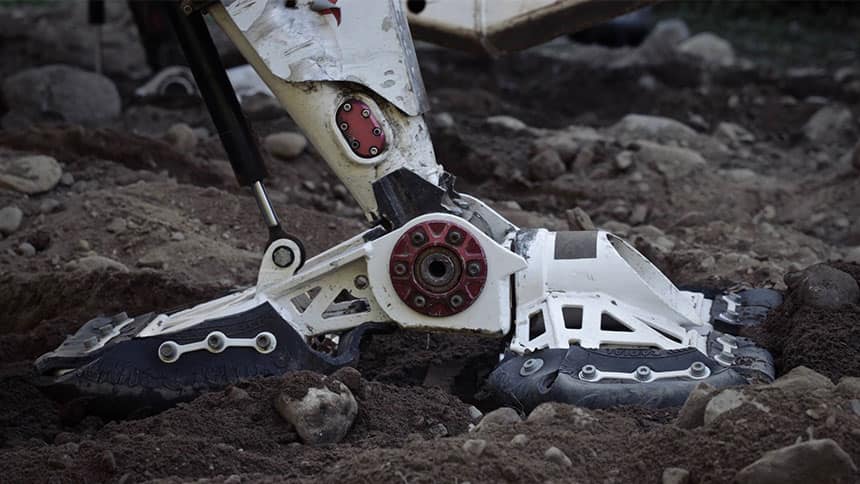 As the co-founder of a company called Furrion Exo-Bionics, Tippett has spent 14 years fundraising and building prototypes.

It took two years just to get his mech machine walking.

Now that it’s safe and reliable, Tippett has been inviting major donors to practise piloting it.