Striking fear into kids everywhere! The Yukon Striker is open

Did I make it? Am I still alive?

The latest addition to the Vaughan, Ont., theme park is the fastest, longest and tallest dive roller-coaster in the world.

And it is scary. 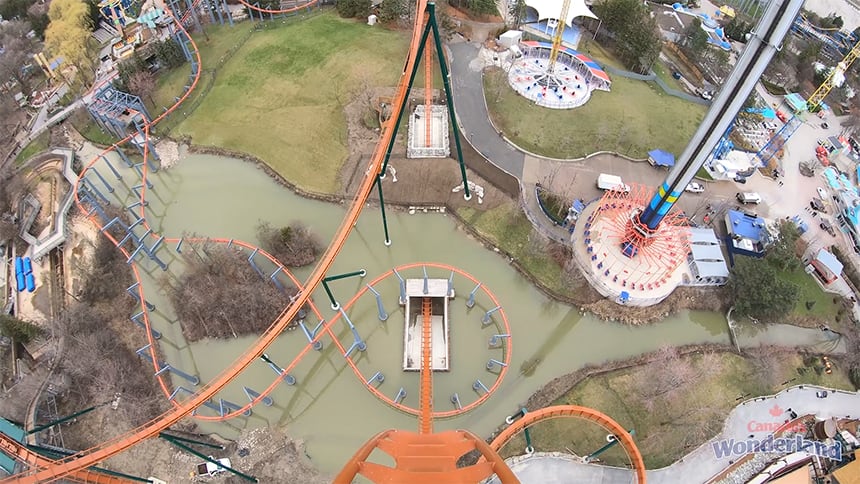 This is the view from the top of the 75-metre drop. Riders hang in mid-air for three seconds before plunging down into an underground tunnel. (Canada’s Wonderland)

The most terrifying part has got to be the 90-degree angle drop.

You only sit up there for three seconds before plunging down into an underwater tunnel, but it feels like way longer.

That steep drop is part of what makes this a dive roller-coaster, said Peter Switzer, the director of construction for Canada’s Wonderland.

The other factor, he said, is the wide coach the passengers sit in.

There are three rows of seats with eight riders across, so it looks more like stadium seating than a traditional train.

Oh, and there’s no floor, so it feels like you’re just hanging in space. 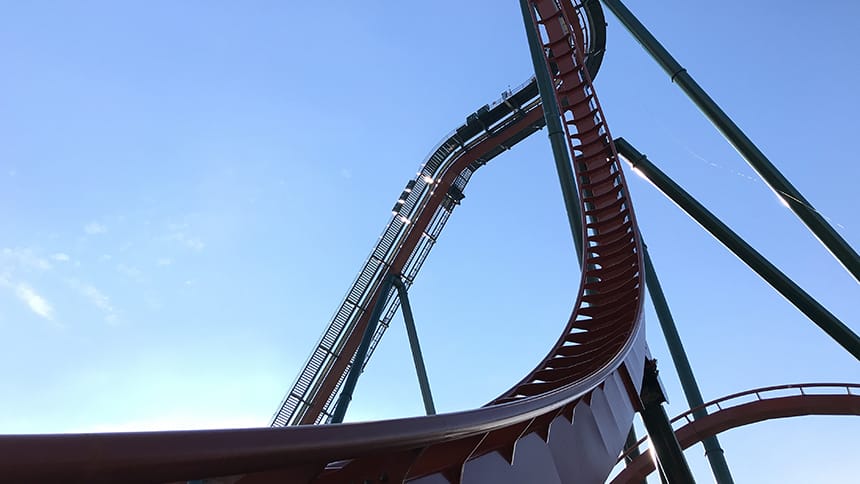 You go upside down four times on the Yukon Striker. That includes a 360-degree loop, which is a first for a dive roller-coaster. (Canada’s Wonderland)

There are lots of “complicated calculations” that go into designing a record-breaking dive roller-coaster like the Yukon Striker, Switzer said.

Here are some of the special features:

And all of that happens in just three minutes and 25 seconds.

Switzer said they run the roller-coaster more than 2,000 times before putting the first human rider on it, so it’s been tested pretty carefully.

Your bigger worry is probably the line-ups, which were already long when I got to preview the ride on April 26 alongside season pass holders.

The ride officially opened to the public on May 3.

Watch the video at the top of the page to see me take my first ride on the Yukon Striker!