Never Have I Ever will debut on Netflix later this month

And in a good way.

The teen from Mississauga, Ont., will be making her on-screen on April 27 as the star of Mindy Kaling’s new Netflix comedy series, Never Have I Ever.

It’s about a nerdy Indian-American teen named Devi who is trying to navigate high school.

The show, which is rated 14+, is inspired by Kaling’s life as a teen. 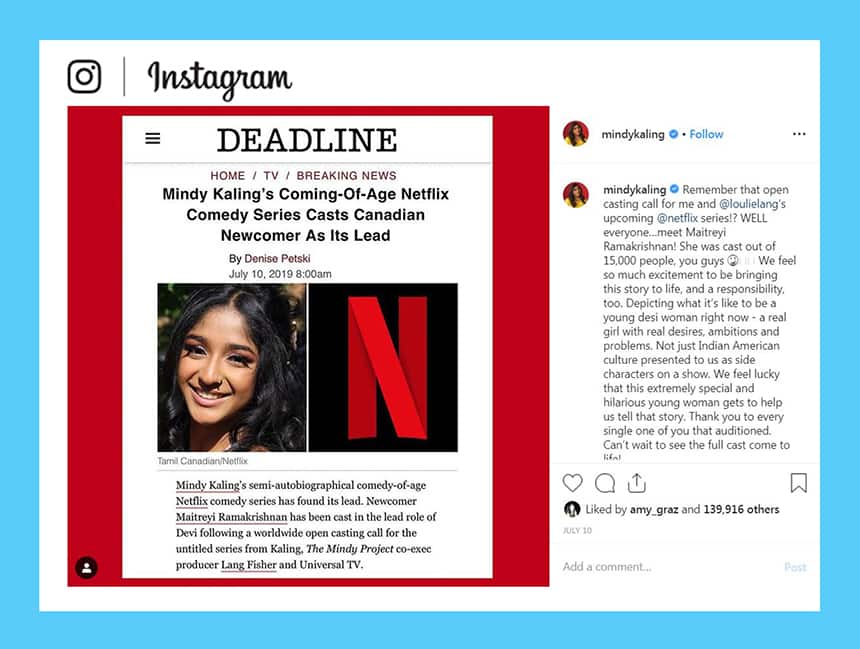 Maitreyi, who was chosen out of 15,000 applicants, said she applied for the open casting call a year ago “just for fun.”

“It wasn’t even on my radar,” she told CBC Kids News when she was back in Mississauga in November 2019 after shooting the first few episodes.

It was her friend who saw the posting on Instagram.

Next thing Maitreyi knew, she was off to Los Angeles for a screen test.

“I was nervous but it was, like, excited nerves,” she said. 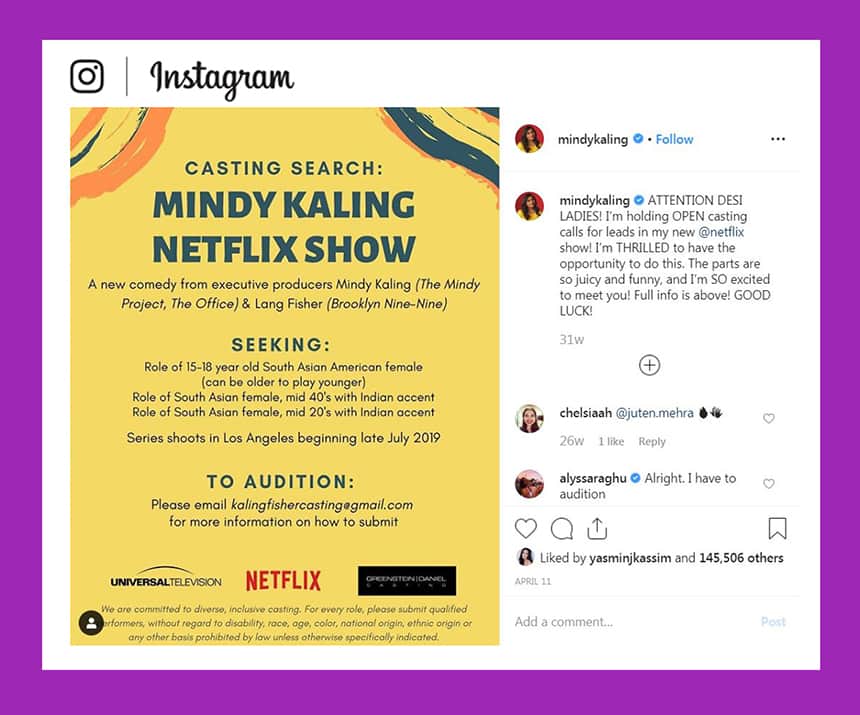 Adding to the excitement for Maitreyi was Kaling herself, who was there in person for the auditions.

“It’s just like adrenaline rushing and seeing Mindy Kaling. I was like, ‘Oh my god, that’s amazing.’”

After nailing the first screen test, Maitreyi got a callback — an invitation for a second audition.

“It was the best experience of my life,” she said. “I walked out of the room literally thinking, if I don’t get this, I don’t even care. I’m just on the moon right now.”

Then she got the call. 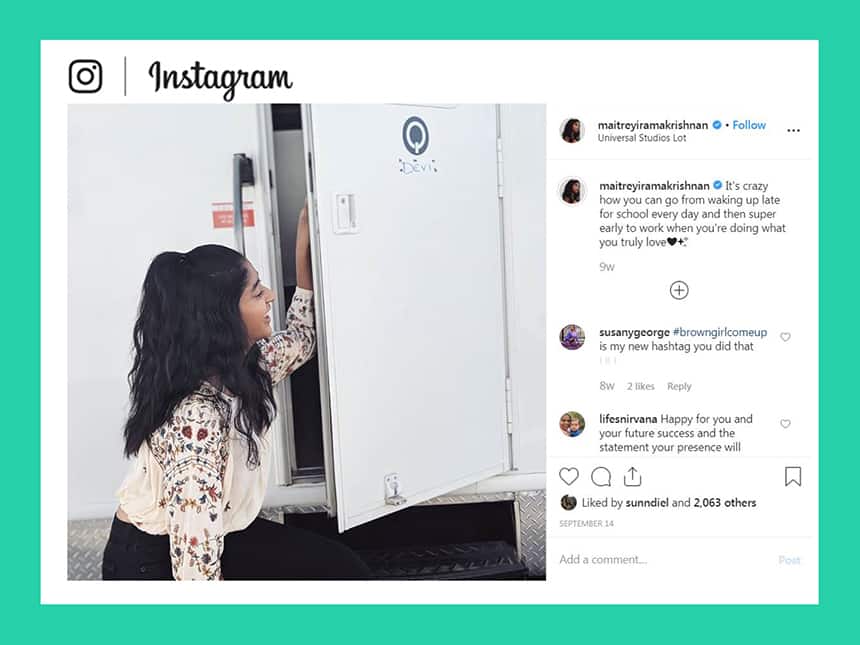 “I think I was, like, in shock,” said Maitreyi, describing her reaction when she first found out she got the part.

Even though filming has already wrapped for the first season, Maitreyi said at that time that it was all still surreal and hadn’t sunk in.

“I think it will happen when the show actually comes out, and then watching it on my TV at home. Then it will hit me.”

The show will start streaming on April 27. 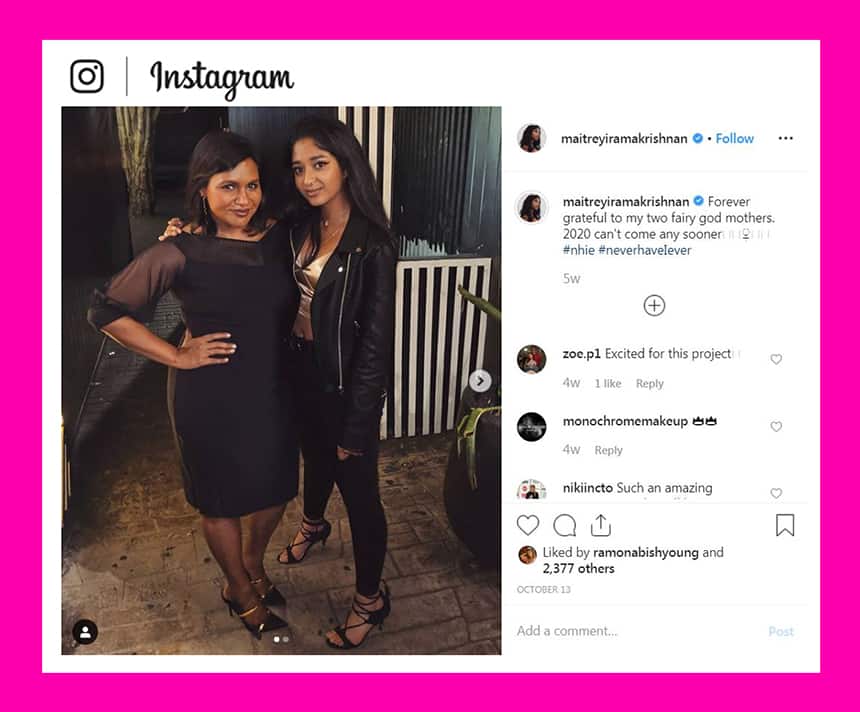 “It’s such an interesting experience to see how everything works behind the scenes,” she said. 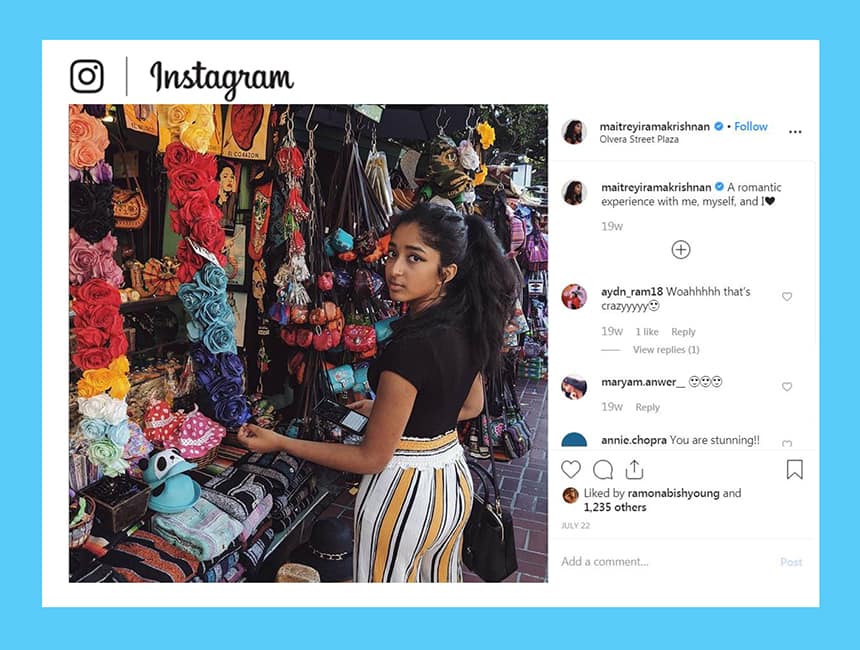 Maitreyi was thrilled to be working with Kaling, who she admired growing up.

“The Office is my favourite TV show of all time,” Maitreyi said.

“She’s really funny and really talented, so this is really surreal to be able to work with her now.” 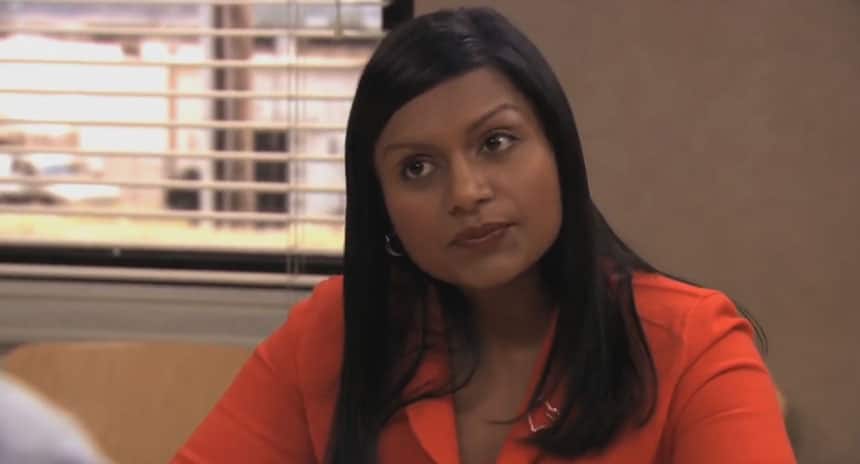 Mindy Kaling played Kelly Kapoor in the NBC sitcom The Office. In addition to acting in the series, she was also a writer, director and executive producer. (NBC)

The 18-year old Tamil-Canadian is particularly proud of getting to represent her culture on the show.

People of Tamil ethnic origin are from Sri Lanka, an island country in South Asia.

“It’s amazing and long overdue in all of Hollywood,” Maitreyi said.

“We’re getting that much more closer to [the] realistic representation that we need.” 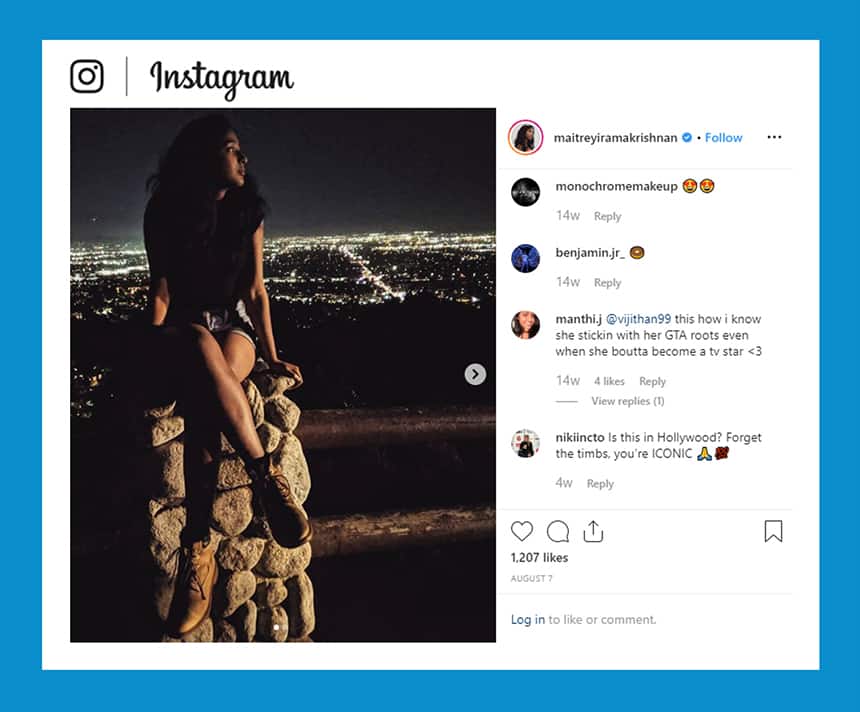 Now that she’s done filming for the series for now, Maitreyi is ready for her next job.

She says her dream role is “something in action.”

“A real strong female up on the big screen,” she said.

Fell in love with acting in high school

Maitreyi first discovered her love for acting in Grade 10, when she was cast in the musical Footloose at her school, Meadowvale Secondary School.

But it wasn’t until her final year, when she was cast in the musical Chicago, that she realized she wanted to pursue acting as a career. 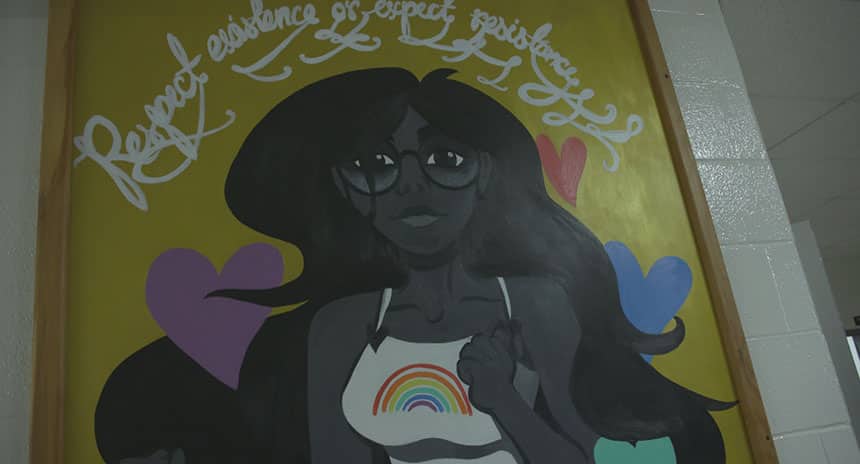 Maitreyi painted this mural on a wall at her school, Meadowvale Secondary School, for her Grade 12 art exam. (CBC)

“I think that happened when I was in Grade 12 and it came to the decision point of picking a university,” she said.

It was then that Maitreyi realized the one thing she loved most was going to rehearsals every day after school.

“I was like, if I could do this for the rest of my life, I would be one happy kid.”

Maitreyi, who graduated high school in 2019, delayed going to university this year to film Never Have I Ever, and plans to attend next year.

Anisha Latchman
CBC Kids News Contributor
Anisha Latchman is a 17-year-old photographer and videographer from Mississauga, Ont. She can be found both behind and in front of the camera, acting in small video projects and delivering news on her high school's morning announcements team. When she isn't handling cameras, she also enjoys playing the ukulele, watching movies and travelling the world. In the future, Anisha hopes to study abroad, experience new cultures and pursue her passion for the creative arts. 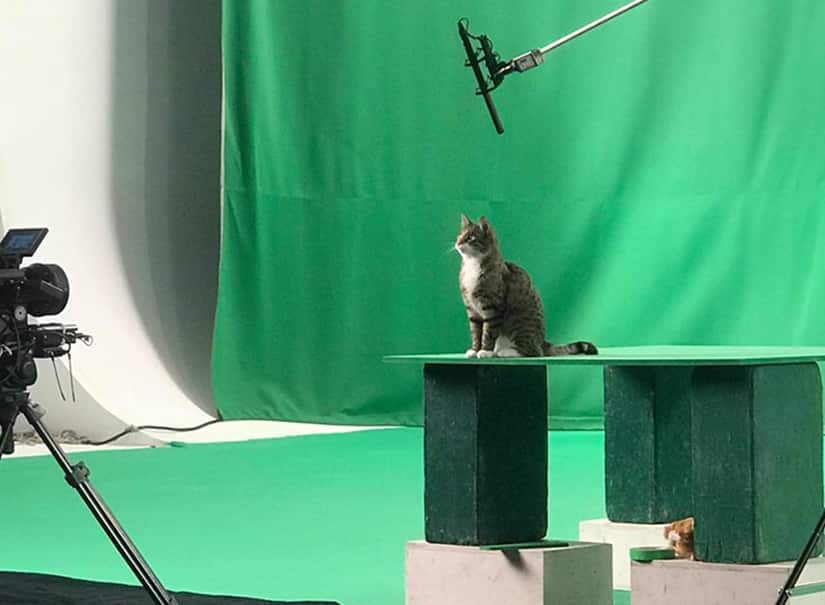