Charles Nisbet of Montreal talks with Nikoline Ruby of Copenhagen, Denmark, about what it’s like to return to school. (Philip Street/CBC)

Some things are the same, some are different

Elementary school students in parts of Quebec are going back to school today.

And in three weeks, Charles Nisbet, 12, will likely be heading back to his Grade 6 class.

He goes to a school in a suburb of Montreal called Lachine. 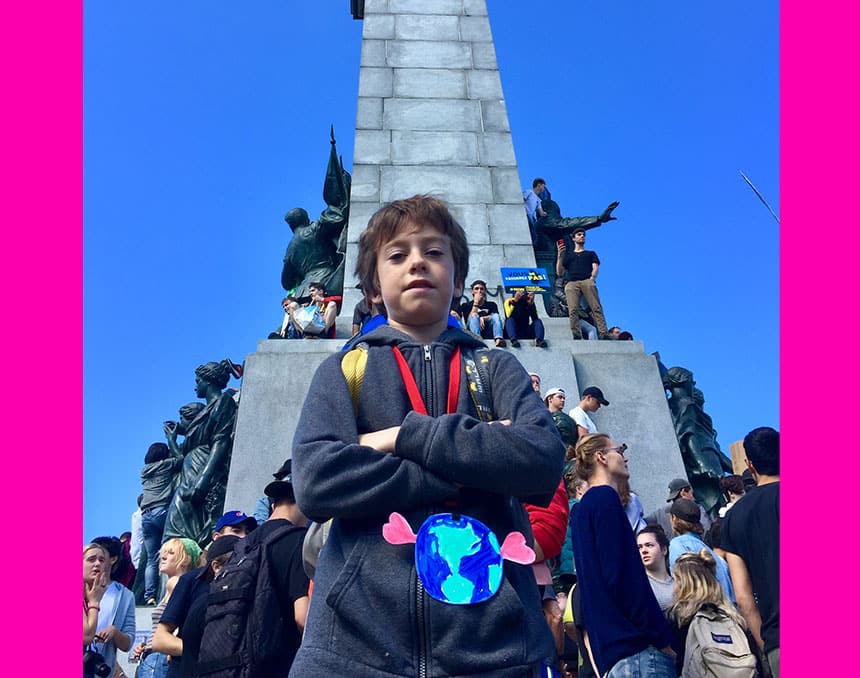 Charles Nisbet attended a climate march with about half a million people in Montreal in September, 2019. Although he’ll be going back to school soon, attending marches will be out of the question indefinitely. (Submitted by Marc Nisbet)

So what’s it like going to school during a pandemic?

That’s something Nikoline Ruby, 11, knows all about.

She lives in Copenhagen, the capital of Denmark.

Her school reopened last month, but things are very different from before. 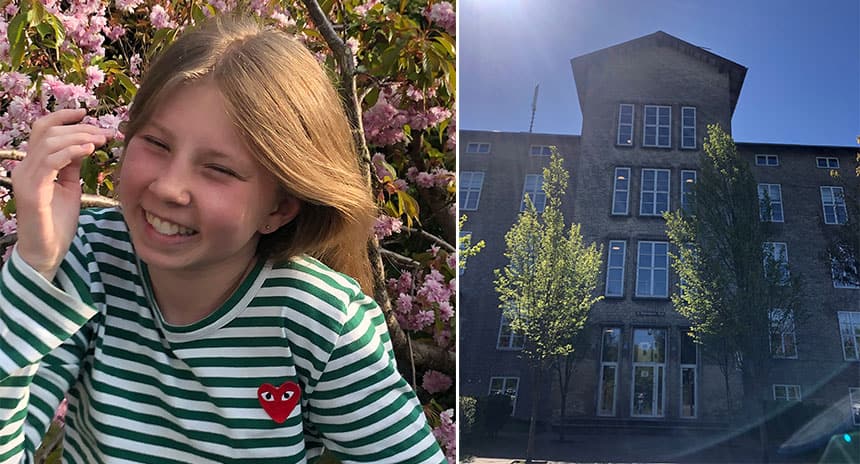 Nikoline Ruby, who is in Grade 6, has been going to a high school in Copenhagen because her elementary school is spreading the students apart. (Submitted by Nikoline Ruby)

Charles asked Nikoline all kinds of questions about what it’s like to go to school now.

Check out the answers in the video here, or keep reading for some highlights.

Nikoline, who is in Grade 6, goes to school for full days, but her class is spread in two groups, which she called “teams.”

There are about 13 kids on her team, and the rest are in a different class.

This means that her class has moved to a high school rather than her regular school, because high schools are empty.

Only elementary schools are opening in Denmark for now, which is the same case in Quebec. 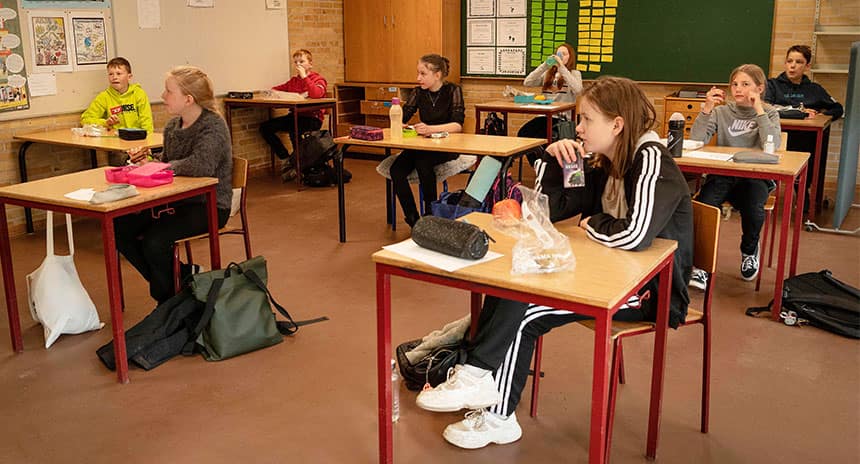 School children have their lunch at their desks in Denmark. (Bo Amstrup/Ritzau Scanpix/AFP via Getty Images)

Charles’s class could also be split in half.

The smaller class sizes means the students’ desks can be spread apart.

When she plays outside, she can only get close to a small group of four classmates, chosen by the school.

“In our teams, we have smaller groups with four people, that we can be almost normal with,” she said. “So with them, we don’t have to hold that much distance. But with [everyone] else, it’s like two metres.”

She said that’s fine, even if they aren’t her close friends, since she’s just happy to be back at school.

“It’s OK, because I still see my other friends. I can talk to them, but I just can’t go close to them,” she said. 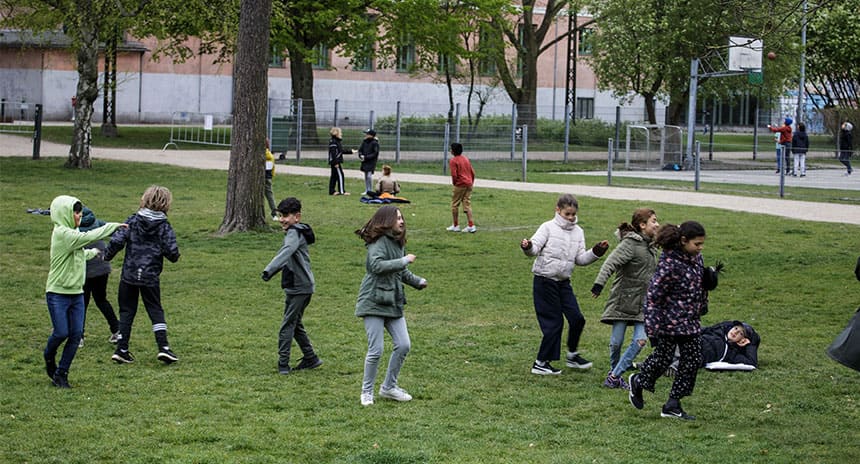 Students dance to warm up outside in a park in Copenhagen on April 29. Classes must be held outdoors as much as possible to limit the spread of the virus. (Thibault Savary/AFP via Getty Images)

Charles called the measure “reasonable” and wouldn’t mind if his school did something similar.

“It would be hard not to be able to be with [all my friends], but I would still be happy and thankful to be with at least three of them,” he said.

At schools in Quebec that open Monday, desks will be spread apart and classes will be limited to 15 students.

Students will eat lunch at their desks, and they will take turns going outside for recess.

One tip Nikoline had for Charles and other students? Hand cream.

“So your hands don’t get dry. All the kids’ hands in Denmark are very dry,” she said, because the students are told to wash their hands very often. 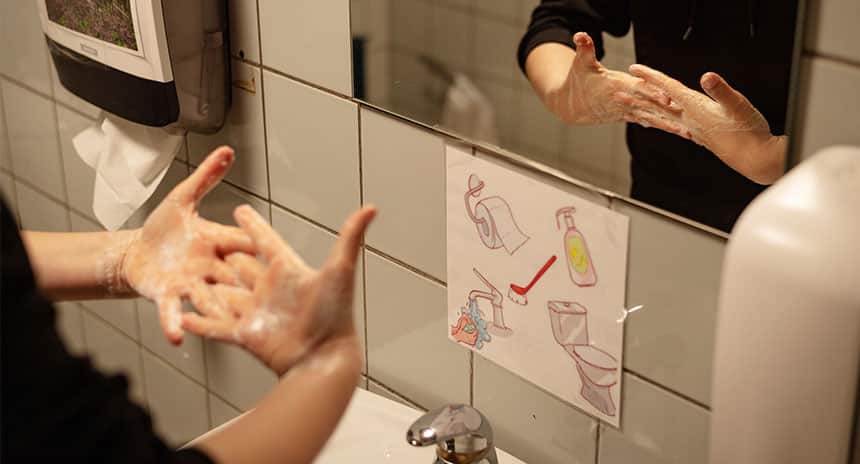 Students in Denmark wash their hands several times throughout the day. (Ritzau Scanpix/Bo Amstrup via Reuters)

Quebec has most cases in Canada

The Quebec government originally planned to reopen schools in Montreal on May 19, but last week, they delayed that to May 25.

Quebec’s premier, François Legault, made the decision to delay that after cases in the city continued to rise.

Want to know when schools are reopening in Canada? Check out this map. 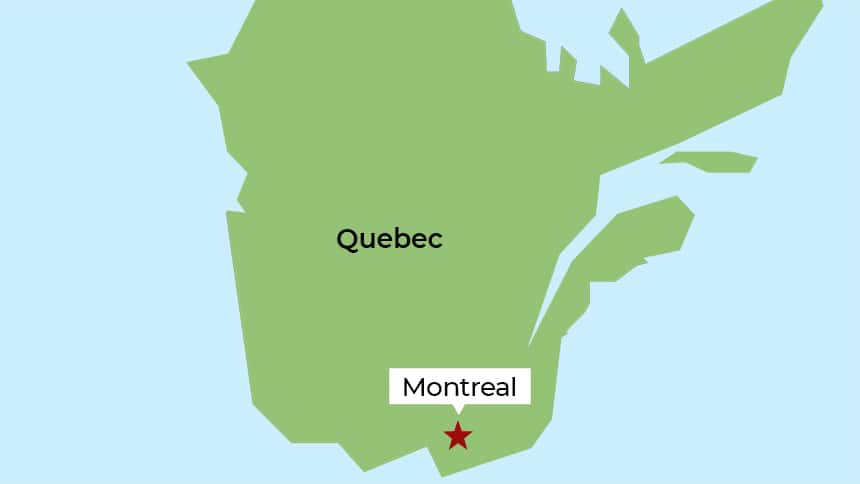 The population of Quebec is about 8.5 million versus 5.8 million in Denmark.

Montreal is the city in Canada with the most confirmed cases of COVID-19.

With files from Julia Page/CBC News and Reuters 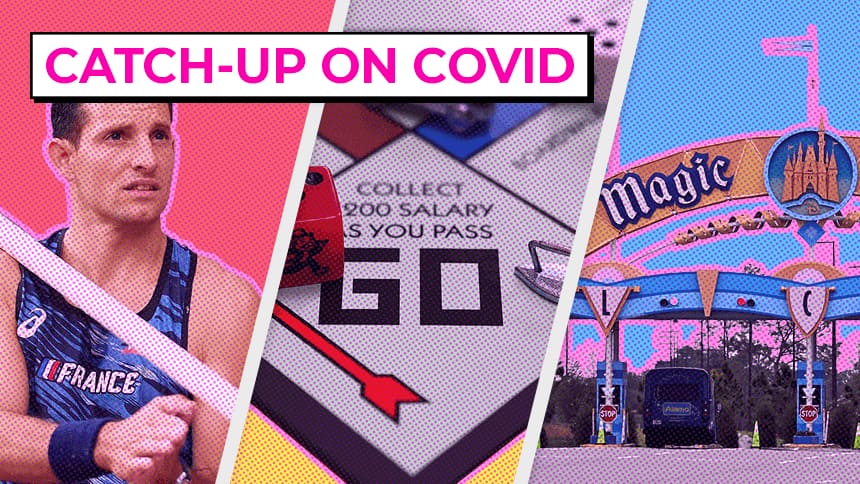 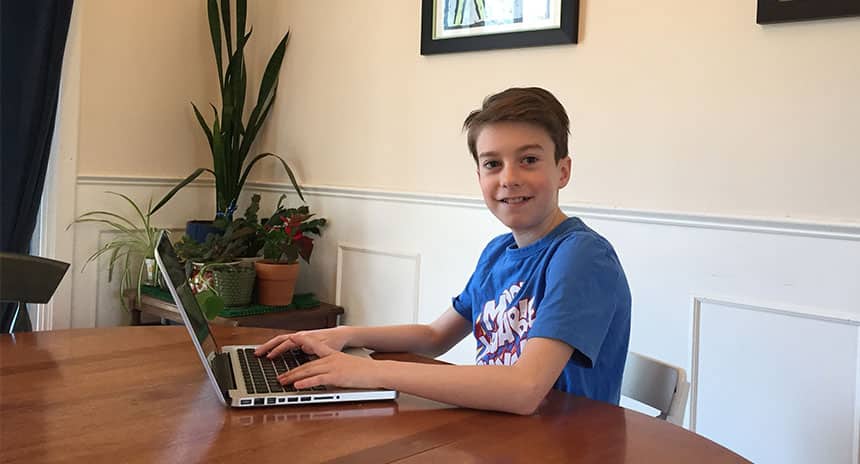