WATCH — Dogs are being trained to detect COVID-19

Dogs could be in airports and stadiums, but not likely in Canada yet

Remember what it was like to go to a sporting event with thousands of cheering fans standing side by side in one big space?

It may feel hard to imagine that happening again soon, but picture it again — with dogs there.

Dogs could be the key to getting life back to normal.

Several studies are trying to determine if dogs could detect if people have COVID-19, including one in the U.K. 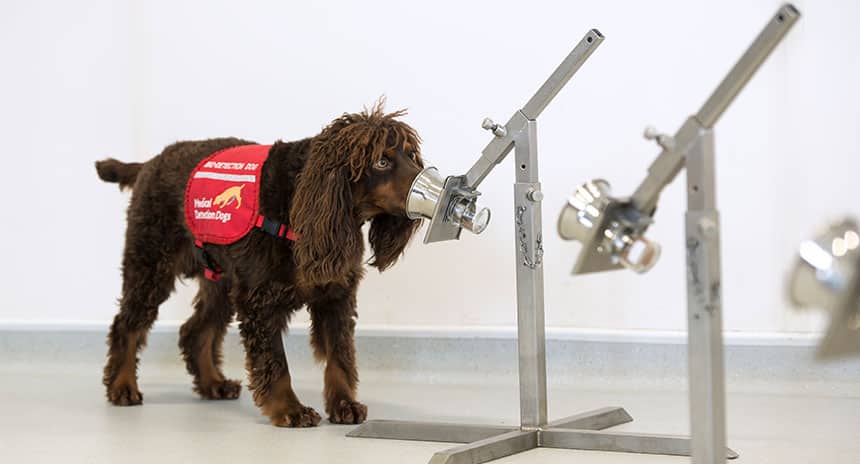 Spaniels, Labradors and crosses between the two have the right temperament to be trained to detect COVID-19, researchers say. (Image credit:  London School of Hygiene and Tropical Medicine)

They do it through the person’s body odour — or smell.

“When you have a disease, your body odour changes,” said James Logan, head of the Department of Disease Control at the London School of Hygiene and Tropical Medicine.

So his team is training dogs to learn the smells of people who have COVID-19.

Want to know more? Watch this video or keep reading for the highlights.

How dogs can detect COVID-19

Currently, to be tested, a health-care professional needs to stick something resembling a Q-tip up your nose and move it around a bit. 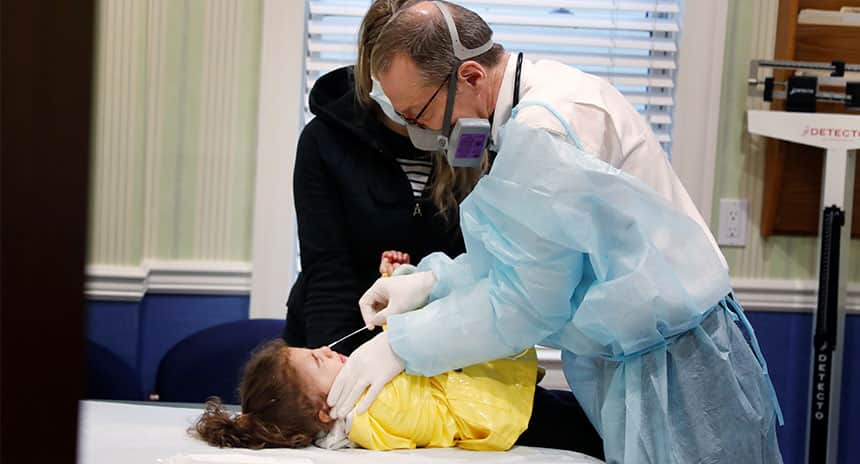 A doctor performs a nasal swab on a toddler in New York. (Lucas Jackson/Reuters)

Not only that, you have to wait about a day to get the results.

The dogs can detect the virus by simply walking through a lineup of people.

If they smell it, they stop and look in the direction of the person they think is sick. 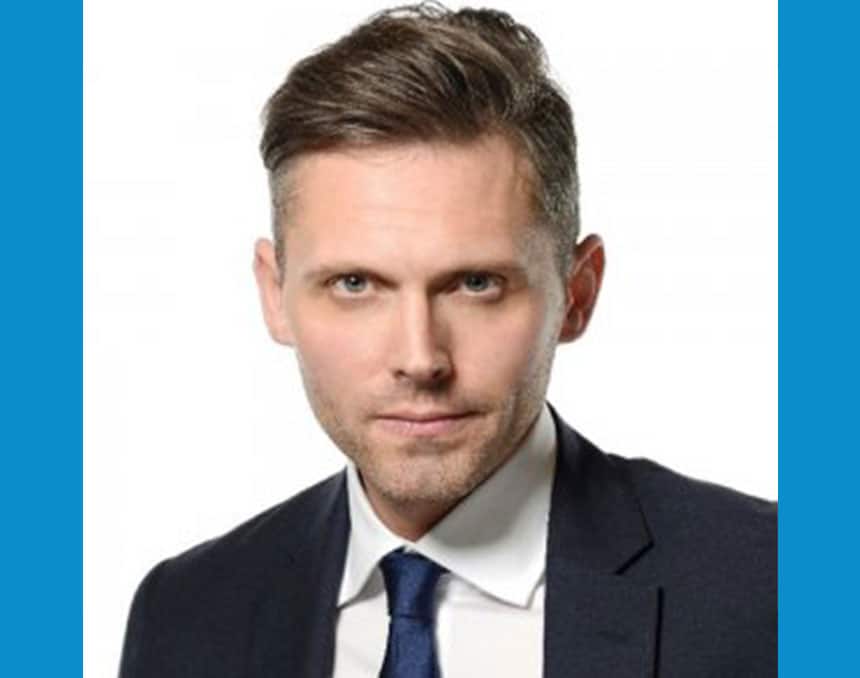 James Logan is working with other scientists who are training dogs in a similar way in the U.S. (Image credit:  London School of Hygiene and Tropical Medicine)

This is especially useful for people who are asymptomatic — meaning they have the virus but no symptoms.

“It's those people that we want to target primarily, and that's what our study is designed to do,” said Logan.

How long does it take to train these dogs?

The dogs that are part of the study are being trained first, which takes about eight to 10 weeks.

Once the technique is developed, more dogs around the world could be trained quickly.

“Within a couple of weeks they can be trained to detect as well,” said Logan.

The idea is for the dogs to be in places like airports, train stations and stadiums. 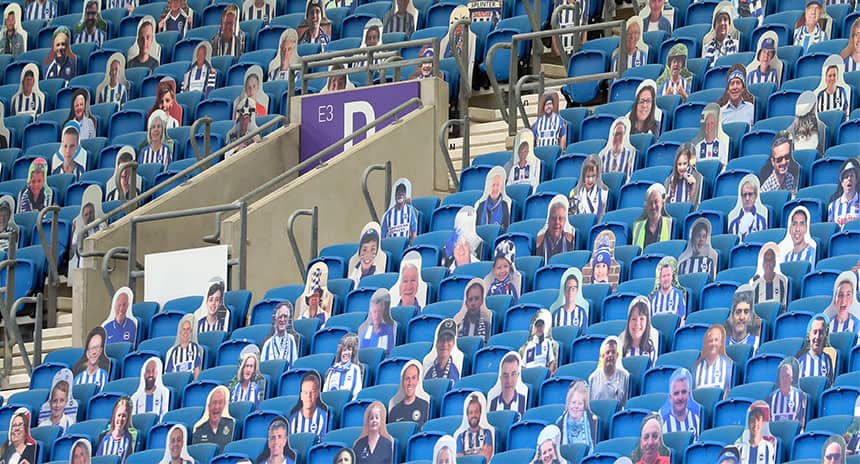 Forget fake fans. There could be dogs at sporting events in the future. (Gareth Fuller/AP)

What happens if we get a vaccine?

If a vaccine is developed, the dogs could still be useful, said Logan, because it will take a while for everyone to be vaccinated.

“Even with the vaccine it doesn't mean that we're going to get rid of it within a month,” said Logan. 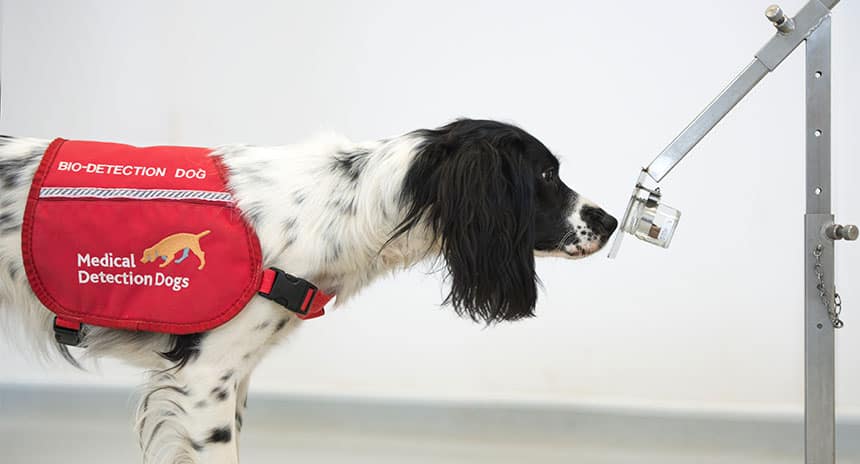 Dogs have been trained to detect malaria, different kinds of cancers and Parkinson’. (Image credit: London School of Hygiene and Tropical Medicine)

Plus, he said dogs are already used to detect other illnesses like malaria and could be used for future viruses as well.

“COVID-19 is not the first and it's not going to be the last virus outbreak that we see,” he said.

“This is going to happen again. We'd really love to be able to set up a system whereby once an outbreak occurs we can deploy dogs very quickly.”

Logan said his team is working with governments around the world so they can train the dogs using the same technique.

CBC Kids News checked with Health Canada and several provinces, but none are working currently to train dogs to detect COVID-19, so it could be a while before we see them here.

Isabelle MacNeil
CBC Kids News Contributor
Isabelle MacNeil is a creative, ambitious 13-year-old from Dartmouth N.S. with a love for acting, music, soccer, volleyball and business. Isabelle has been having so much fun working as a contributor for CBC Kids News since October 2018. Isabelle loves reporting stories and hopes to inspire others as a positive role model and believes that giving kids a voice is more important than ever. When relaxing Isabelle can be found hanging out with her family, friends, thrifting or creating video content.