Check out the video above to hear chef Audrey MacKinnon's hot tips for cutting veggies.

Audrey MacKinnon beat 13 other chefs to come out on top

What’s a kid’s biggest strength in the kitchen?

After 10 months of keeping the secret, the 12-year-old from Brantford, Ont., finally got to celebrate her win on Junior Chef Showdown when the final episode aired last month.

As part of the Food Network cooking competition, which filmed last year, Audrey had to compete week after week against 13 extraordinary young chefs (ages nine-13) in skill tests and cooking challenges.

That included anything from making pasta from scratch to nailing a perfectly cooked steak. 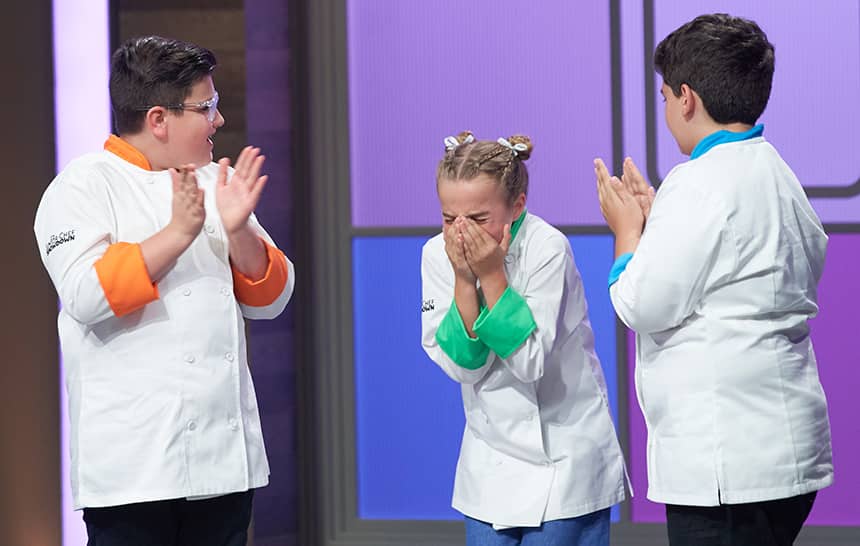 So what was Audrey’s recipe for success?

Aside from her final winning dish — a pan-seared Wagyu steak with a grilled peach and vegetable salad with a garlic pesto — Audrey said it came down to “good time management” and knowing how to work under pressure.

Oh, and having parents who let her in the kitchen at a young age.

“I wouldn’t have been on Junior Chef if I hadn’t started early,” Audrey told CBC Kids News.

“I wouldn't have the knowledge that I have today. I wouldn’t be the same chef I am today, and I wouldn’t be as confident as I am now.” 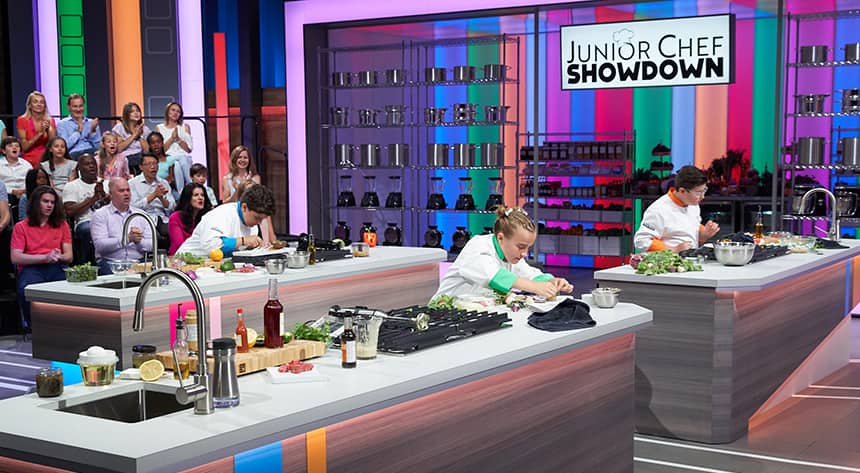 Audrey started cooking at 18 months old with the help of her father and grandmother. (Image Credit: Food Network Canada)

In the future, Audrey said she wants to “open her own restaurant or be a biochemist or engineer.”

Until then, CBC Kids News asked chef Audrey to share her best cooking tips, as well as what foods she loves and what foods she’d rather leave in the fridge.

Best meal you’ve ever had?

Probably a raw water chestnut, or escargot. I was on a cruise once and was trying escargot, and as soon as I put it in my mouth, I immediately spit it out.

One ingredient you think everyone should have in their kitchen?

Green onions because you can put it in a lot of dishes and it adds a lot of flavour.

Best cooking tip you have for kids who want to be chefs one day?

Push yourself out of your boundaries. Kids who push themselves learn a lot faster and a lot quicker. Your knowledge will grow so much more in the kitchen and you’ll get so much more comfortable. 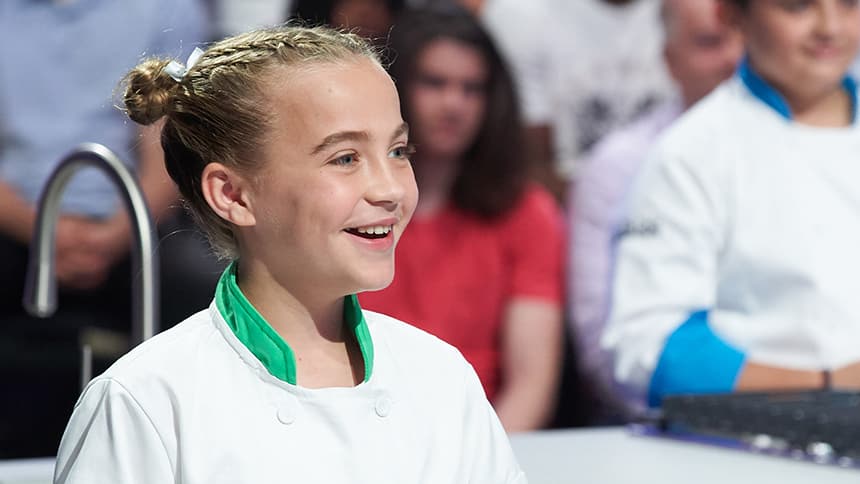 Along with speed, Audrey said that a kid’s greatest strength in the kitchen is their imagination. (Image credit: Food Network Canda)

Favourite spice to use in the kitchen?

What is your least favourite food?

I’m not very picky, so I wouldn’t have one ... except for Hamburger Helper.

Oysters for fancy food, and anything my parents make is comfort food to me.

If you could bring one ingredient to a desert island?

Eggs, because you can make them into anything, basically.

What cooking skill have you learned that has helped you the most?

Working under pressure, because I can apply it to things like school and sport, and knife skills, because they help me stay a lot more safe in the kitchen.

To end, we asked Audrey to rank food emojis from one to five forks depending on how much she likes or dislikes the food. Check it out! And if you haven't already, check out Audrey's video on how to cut veggies safely and quickly.

With files from Bobby Hristova/CBC