Kids in costume march for change

Instead of asking for candy, a group of kids in Sudbury, Ontario, decided to dress up and walk the streets the day before Halloween, calling for action on climate change.

For 13-year-old Sophia Mathur, the event on Oct. 30 marked two years since she first skipped school on a Friday to encourage adults to do more to help the environment.

Sophia, who says she was the first kid in Canada to join Greta Thunberg's Fridays for Future movement, has since travelled to places like Toronto and New York to have her voice heard.

She’s also part of a group of kids who are suing the Ontario government for not doing enough to fight climate change.

“Halloween is a day that we celebrate things that scare us,” said Sophia, speaking to the small group that had gathered in-person on Friday, in keeping with COVID-19 rules.

“Today we are going to have some fun, but when the candy and costumes are gone, we are still going to be in a climate emergency.” 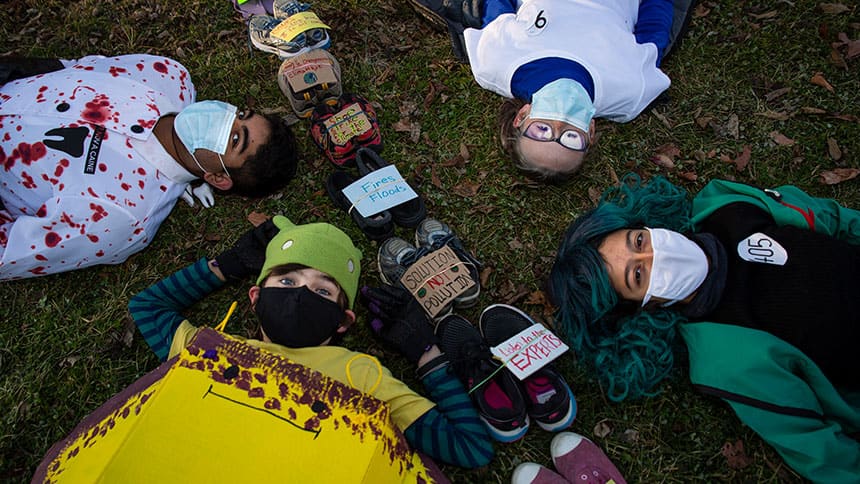 During the protest, pairs of shoes were laid out on the ground to symbolize those who couldn’t be there to protest in person because of COVID-19 restrictions. (Image credit: Vanessa Tignanelli)

Theme of the protest

The theme for the event was “Darkness and the Light.”

Those wearing scary costumes were asked to hold signs that highlighted facts about climate change.

Those with superhero costumes held signs with more positive messages, as a way to spread hope.

“You need a balance of hope and fear, because if you only live in fear then you’ll believe that there is nothing you can do to save the planet,” said Sophia. 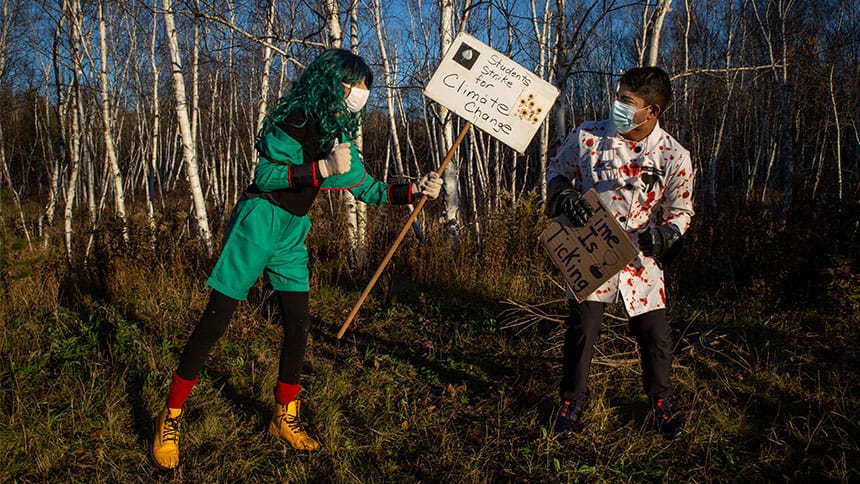 Sophia, left, and Arjun engage in a battle symbolizing the darkness and the light, or the ups and downs that come with fighting climate change. (Image credit: Vanessa Tignanelli)

Sophia was dressed as Gon from the anime series Hunter X Hunter. She said his battle training reminds her of being an activist.

Because of pandemic restrictions, a number of kids joined the protest virtually by dressing up at home and taking photos with their signs. 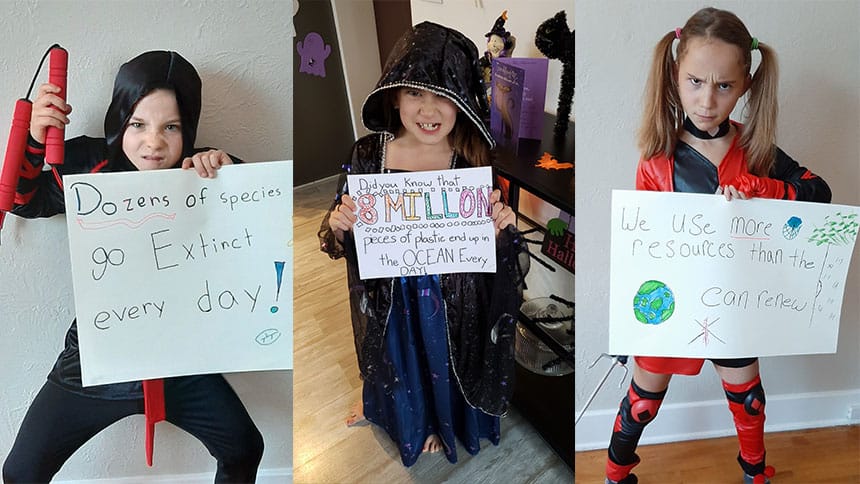 COVID-19 restrictions meant that only a few kids could attend the protest in person. The rest took photos of themselves in costume, holding up signs. (Submitted by Fridays for Future Sudbury)

During the protest, neighbours offered their backyards for a number of activities, including:

They awarded the team a certificate and congratulated them for bringing awareness to the issue of climate change in Sudbury.

In 2019, the city declared a climate emergency and created a plan to cut carbon emissions.

Click play to watch Sophia and her fellow climate strikers in action: 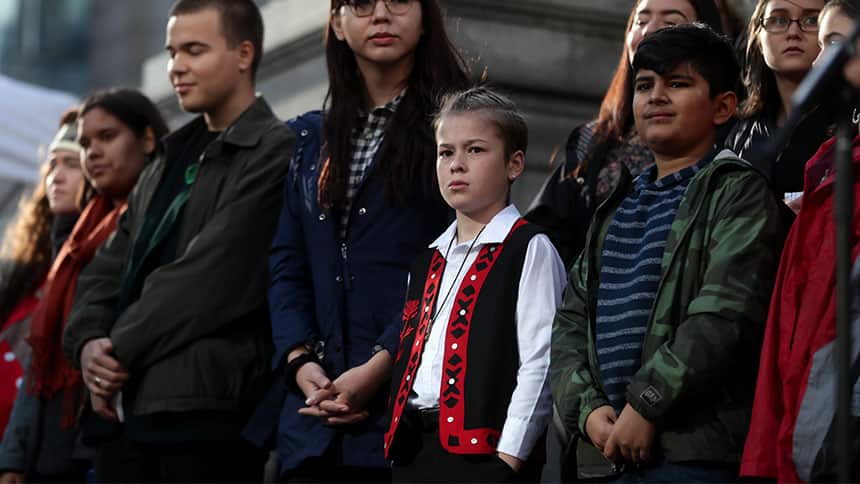