WATCH: Check out the best new inventions for space — by these kids

Unveiling happened at the Canada-wide science fair in Fredericton

It was an experience that was out of this world for Connor Brown and Amy Claerhout.

Their unique inventions for space were chosen as the winners of the Canadian Space Agency’s contest called Little Inventors.

They were announced by astronaut David Saint-Jacques from the International Space Station last week.

“Unbelievable, it was amazing,” said Connor, 12, after he won.

Connor, of Acton, Ont., invented a space boot for astronauts to wear when walking on the moon or other planets. 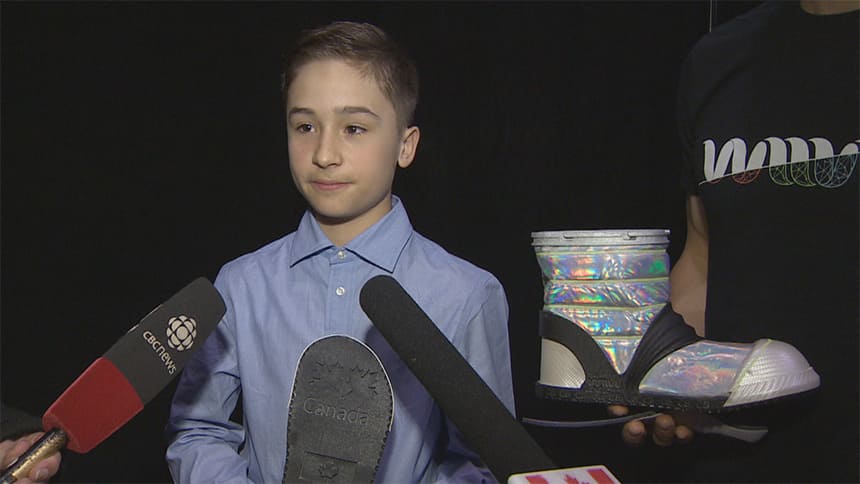 Connor Brown, 12, answers questions about his invention, a space boot that has a unique imprint on the bottom. (CBC)

“Most boots have the same zigzag pattern on the bottom of the sole,” he said. “With my idea, astronauts can see their designed boot imprint marks on the moon…. We can also tell which imprint belongs to who.”

The idea of the contest was to come up with ideas that make life in space easier and more fun.

Saint-Jacques told Connor that his idea was very creative. 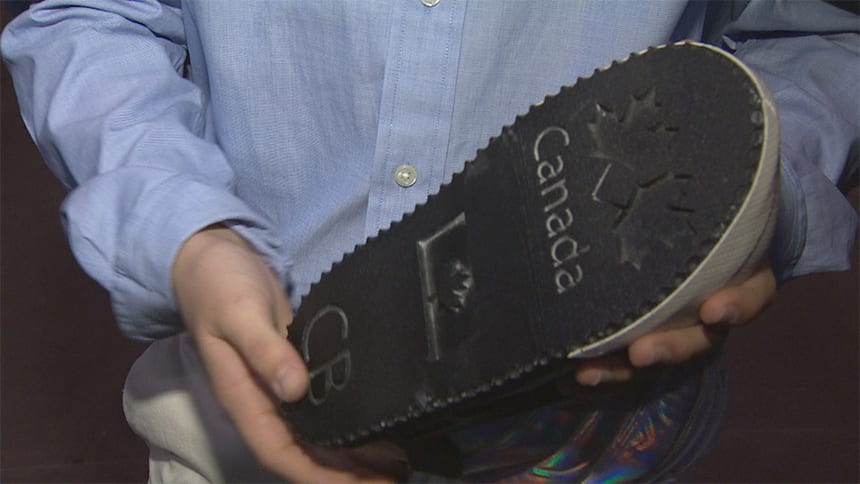 Connor’s invention allows astronauts to see their imprints when they walk on the moon or other planets. (CBC)

“Canada has joined a group of nations who are going to go back to the moon, so we’ll need boots for that,” he said. “So maybe your invention has a future.”

Her invention is inspired by the Canadarm, a robotic arm that’s attached to the International Space Station and was designed by Canadian engineers.

“My invention is the personal Canadarm,” she said.

“It’s a mini-version of a Canadarm that can be attached to your bathroom wall. It has all the tools a human were to use for personal hygiene.” 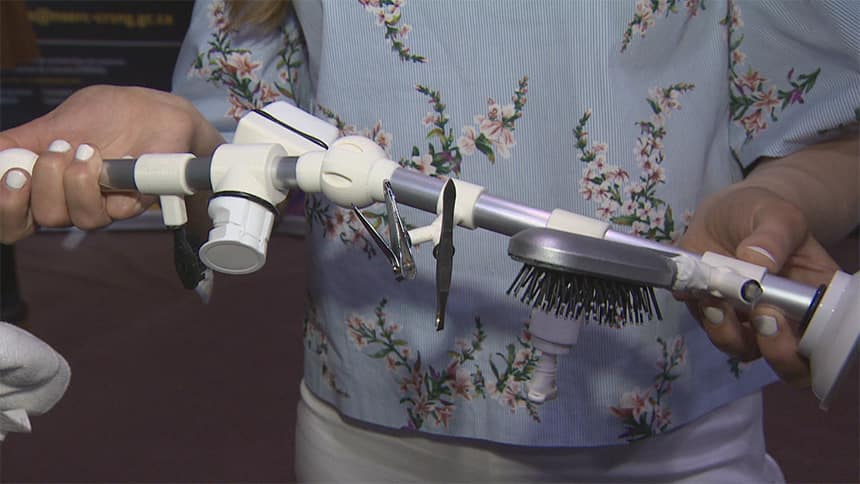 Amy Claerhout, 13, holds her invention, the personal Canadarm, which helps keep personal objects from flying away in space. (CBC)

Things like hair brushes and nail clippers are attached to the Canadarm “to help astronauts get ready without having things floating out of reach,” Amy said.

Saint-Jacques said it would be very useful in space because without gravity, “one of our problems is things fly away all the time from our care.” 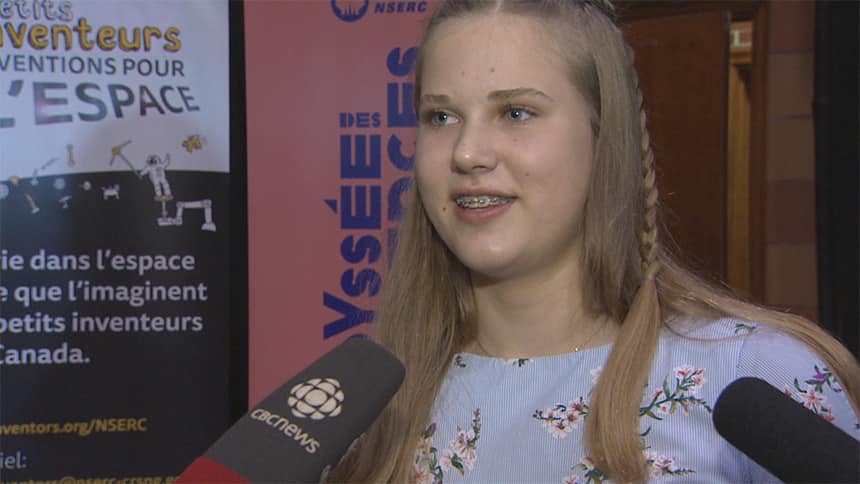 Amy invention was chosen from more than 3,000 entries from students across Canada. (CBC)

Almost 3,000 kids from primary to Grade 9 across Canada submitted their ideas.

Thirty of the best designs were chosen to be made by engineers and artisans.

“I never thought this would happen,” Amy said after she won. “I’m just really excited. It doesn’t even feel real.”

‘I love talking about space’

The event took place at the Canada-Wide Science fair in Fredericton, which brings together 500 young scientists from across the country.

After the winning inventions were unveiled, students were invited to ask questions of Saint-Jacques, who has been on the International Space Station since December.

Amy Gudmunson, a Grade 9 student from Laurier, Man., asked Saint-Jacques a question in French about the medical research he is doing in space.

Here’s what she said about the experience:

Lucas Crupi, a Grade 10 student from Thunder Bay, Ont., asked about how space exploration is changing with the emergence of space tourism.

Here’s what he said about the experience:: 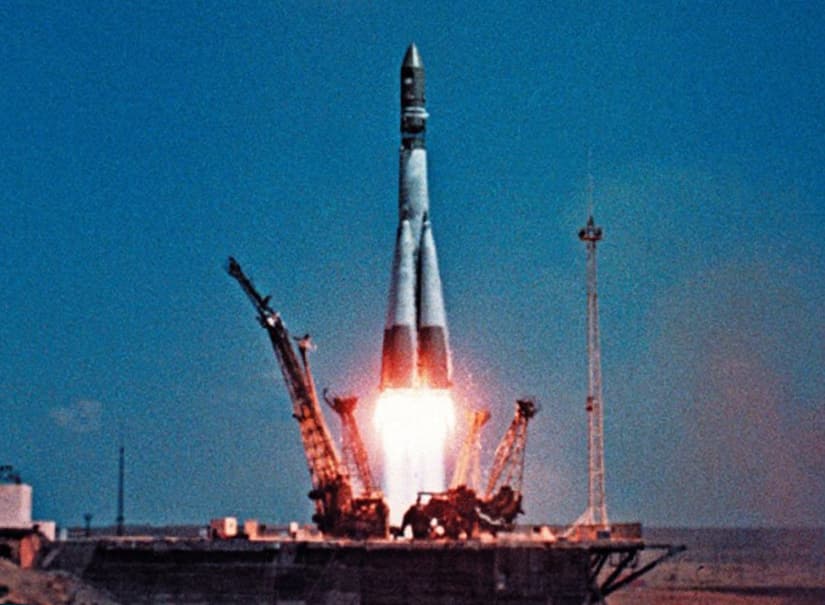 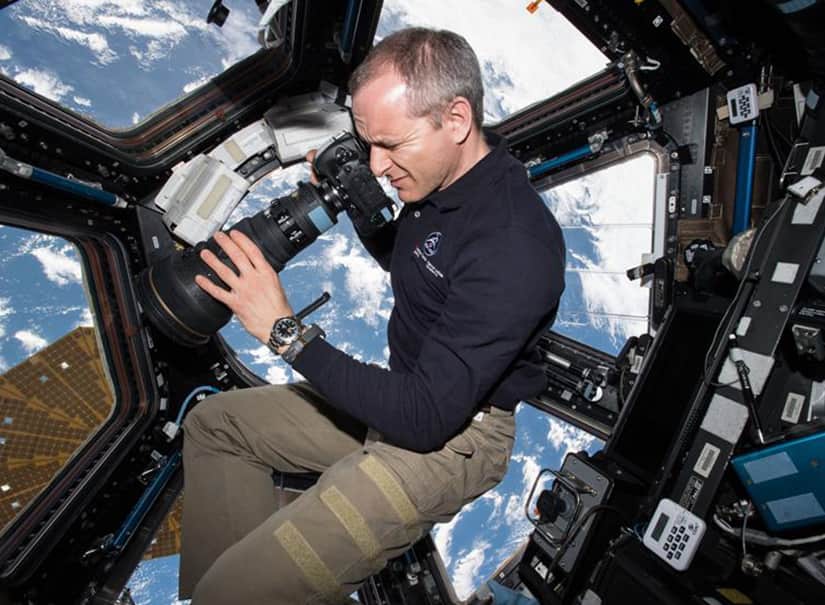