Highlights from Day 12 of the Youth Olympic Games

Andrew Longino, of Calgary, has won Canada’s first gold medal at the Youth Olympic Games in Lausanne, Switzerland, in the ski halfpipe final.

Ski halfpipe is a sport involving risky dares and a whole lot of air. 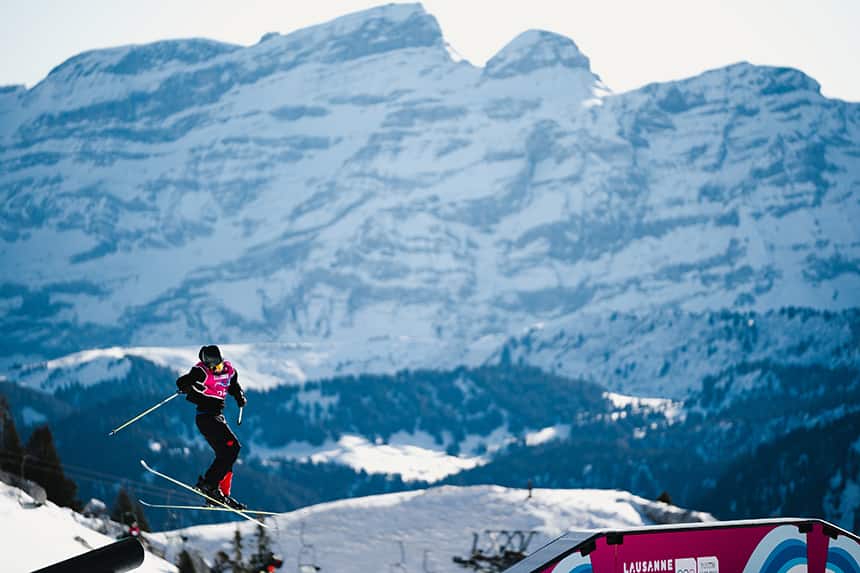 Not a bad view, or a bad jump! Canadian Andrew Longino competes in the men's slopestyle qualification event on Monday. At the time, he had no idea he was going to finish the Games with a gold medal in hand. (Thomas Skrlj/COC/CBC)

Competitors drop into a course shaped like the bottom half of a giant tunnel and perform tricks for a panel of judges.

The more height you get and the more complex the trick, the more points you get — that is, if you land it.

Put up the highest scoring run of the competition and you’re the champ.

And what a champ Longino proved to be. 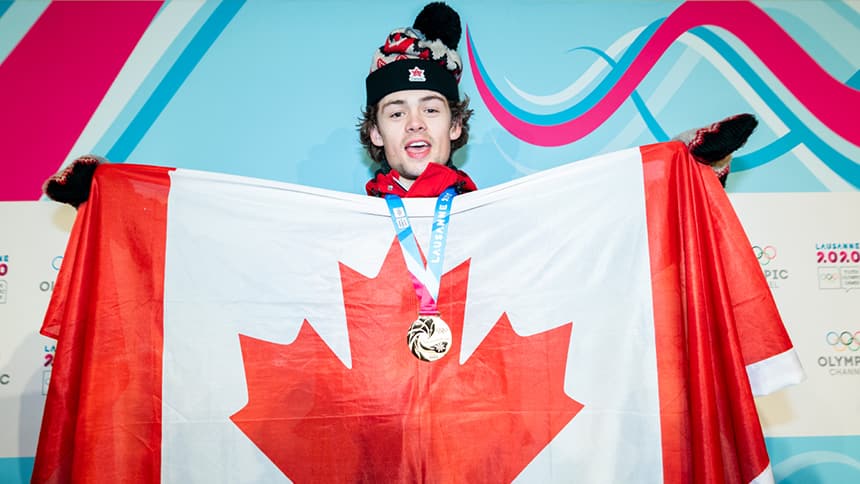 Longino shows off his gold medal and the Canadian flag after his win on Tuesday. Turns out, this won’t be the only time he’ll hold the flag — he’s been asked to be the official flag-bearer for Canada during the Games’ closing ceremony. (Thomas Skrlj/COC/CBC))

The 17-year-old did an epic final run at the Leysin Park course in Switzerland.

Longino twisted and turned his body as he launched out of the halfpipe, spinning his skis and shooting himself into the air.

His score of 94.00 was eight points better than his closest competitor.

“It's amazing. I'm so grateful to have this experience,” Longino said. “Winning is an amazing bonus. I'm super happy to be able to represent my country.”

Before his gold medal run, he blasted the 1972 song Rocketman from his headphones. 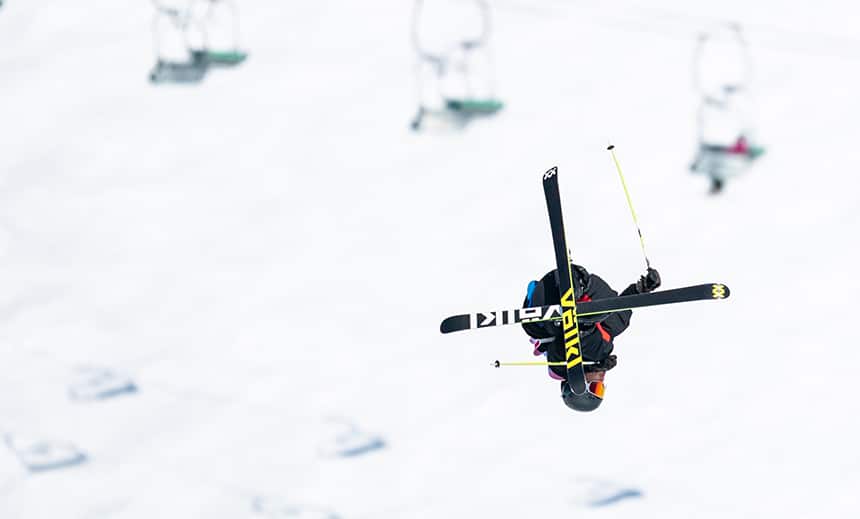 How does Longino get motivated before hitting the slopes? His choice of pump-up music might just surprise you. (Thomas Skrlj/COC/CBC)

"I usually listen to rap before my runs, but on the flight over, I watched the Rocketman movie. It pumped me up," Longino said.

"I'm getting into the Elton John now. Rocketman blasting off. That's me. It's my new favourite song. It got me fired up."

Another day, another medal

He took home a bronze Tuesday in the men’s snowboard halfpipe competition. 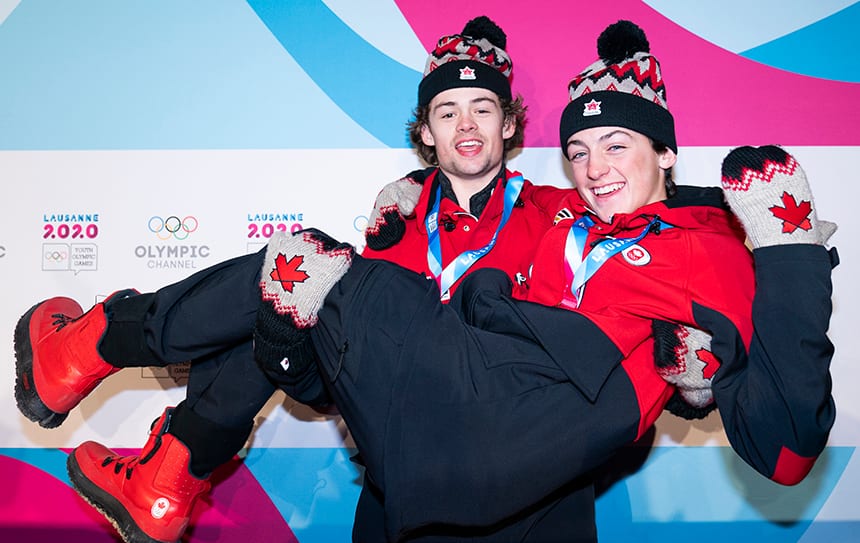 Here, Liam Brearley is held by Longino as they celebrate their gold and bronze wins for Canada in snowboarding and skiing. (Thomas Skrlj/COC/CBC)

Brearley received his first snowboard from his grandparents when he was just seven and now he can say he has won a silver and bronze medal for Canada at the Youth Olympic Games.

Shut out from the gold medal

Canada faced off against the United States in the semifinals of the men’s hockey tournament on Day 12. Close, but not quite the win they wanted. Canadian forward Adamo Fantilli takes a shot as Team Canada competes against the U.S. in the men’s ice hockey semifinal. (Thomas Skrlj/COC/CBC)

The final score was 2-1 for the Americans, who will move on to play the gold medal game against Russia.

Canada has a chance to win bronze against Finland.

Check back tomorrow for Day 13 highlights — the last day of competition at these Games.

Plus, the Games will finish with a flashy closing ceremony.

Saara Chaudry
CBC Kids News Contributor
Saara Chaudry is passionate about having a positive impact on the world, whether it's within her community, on the big screen or in her role as a CBC Kids News contributor. The 15-year-old from Toronto played Little Cosette in Les Miserables, Howie on Max & Shred and Dana's older sister on Dino Dana. She was also the voice of Parvana in The Breadwinner, the feature film nominated for an Oscar, along with the Golden Globe and Canadian Screen awards.