WATCH — Are loot crates, loot boxes and player packs a form of gambling?

Have you ever been to a casino and bet it all on a big prize?

Of course not. It’s actually illegal for kids to gamble in Canada.

But chances are you might have tried out another kind of big bet — loot boxes, loot crates and player packs — which are available in most video games.

Some say the stakes, the thrill and the costs are too similar to real-world gambling.

Although not officially classified as gambling here in Canada, researchers like James Close at the University of Plymouth in the United Kingdom, say loot crates should be.

Tune in to this week’s episode of Game On with Elijah Sandiford to hear about Close’s research and what might be next for loot crates.

A loot box, sometimes called a loot crate or player pack, is an in-game purchase found in most video games out right now.

A loot box looks a lot like a treasure chest. You pay in-game currency or real-life money to purchase and open them. 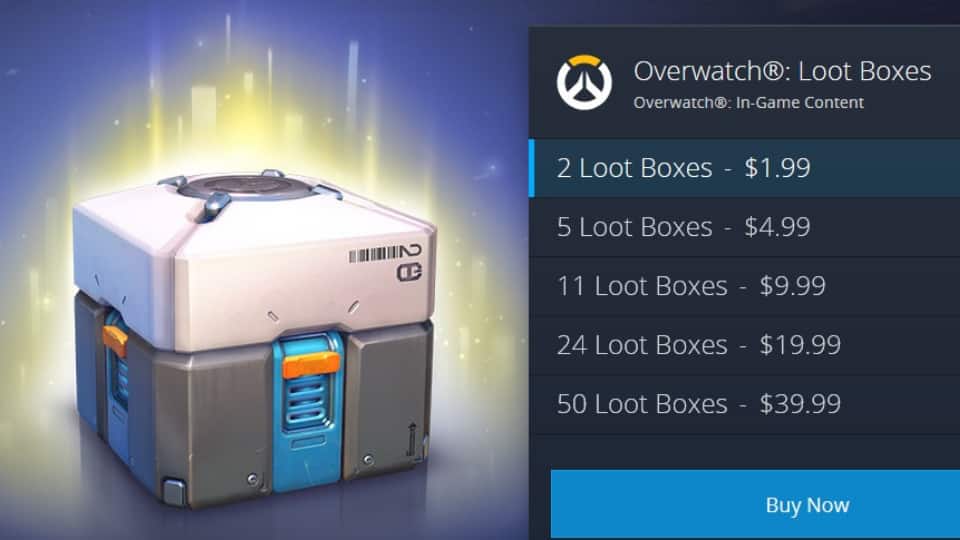 A loot box seen here in Overwatch. Often boxes or crates can be purchased with either real-life money or in-game currency that has been converted from real dollars. (Image credit: Blizzard Entertainment)

You then receive a randomized digital prize. These prizes can be better weapons, skins, new players and more.

The danger, Close said, is that there are in-game and social pressures to purchase these crates and try for better prizes.

The “excitement and thrill” of opening a crate can be damaging if it turns into an addiction, he said.

According to McGill University’s International Centre for Youth Gambling Problems and High Risk Behaviors, gambling addictions can be as damaging as addictions to drugs or alcohol.

According to the centre, gambling becomes an issue when someone continues to gamble despite experiencing negative consequences.

A big sign of problem gambling is loss of control, when someone spends more money and plays for longer than intended, and can’t stop thinking about gambling.

According to Close, loot boxes “look and feel very much like gambling.”

“You buy something, you lay down a stake, there's a variable, kind of, random bit, and then you may or may not get a prize,” he said. 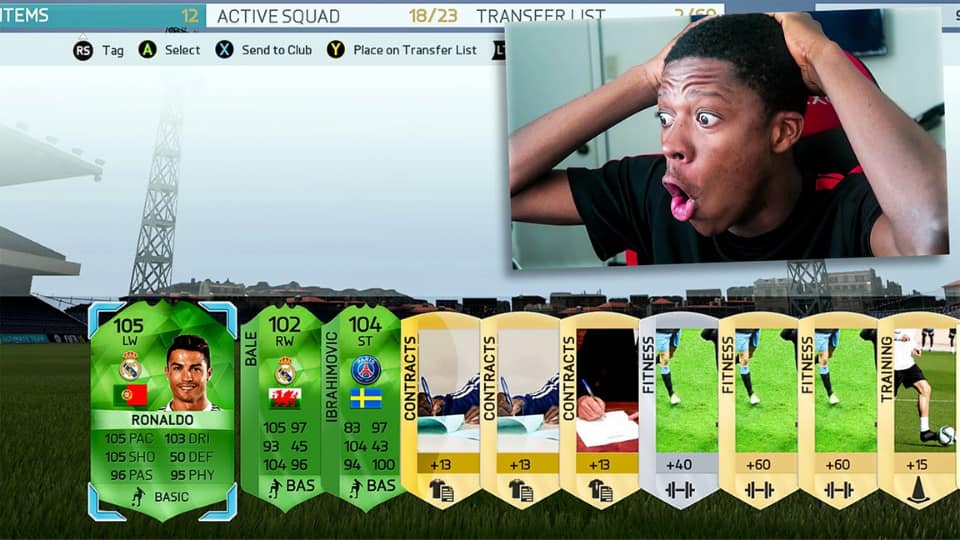 Popular YouTubers will often open hundreds of player packs and loot crates trying to get the best item or player. These loot crate videos have millions of views. (Image credit: MOMO FIFAHD/YouTube)

The Entertainment Software Rating Board (ESRB),which is responsible for giving games their ratings (from E for everyone to M for Mature), does not use the word gambling in connection with loot boxes.

Neither does the Entertainment Software Association of Canada, which represents console makers and game developers in Canada.

In a blog post, the ESRB said the goal was to help consumers “make more informed decisions” before downloading a game. 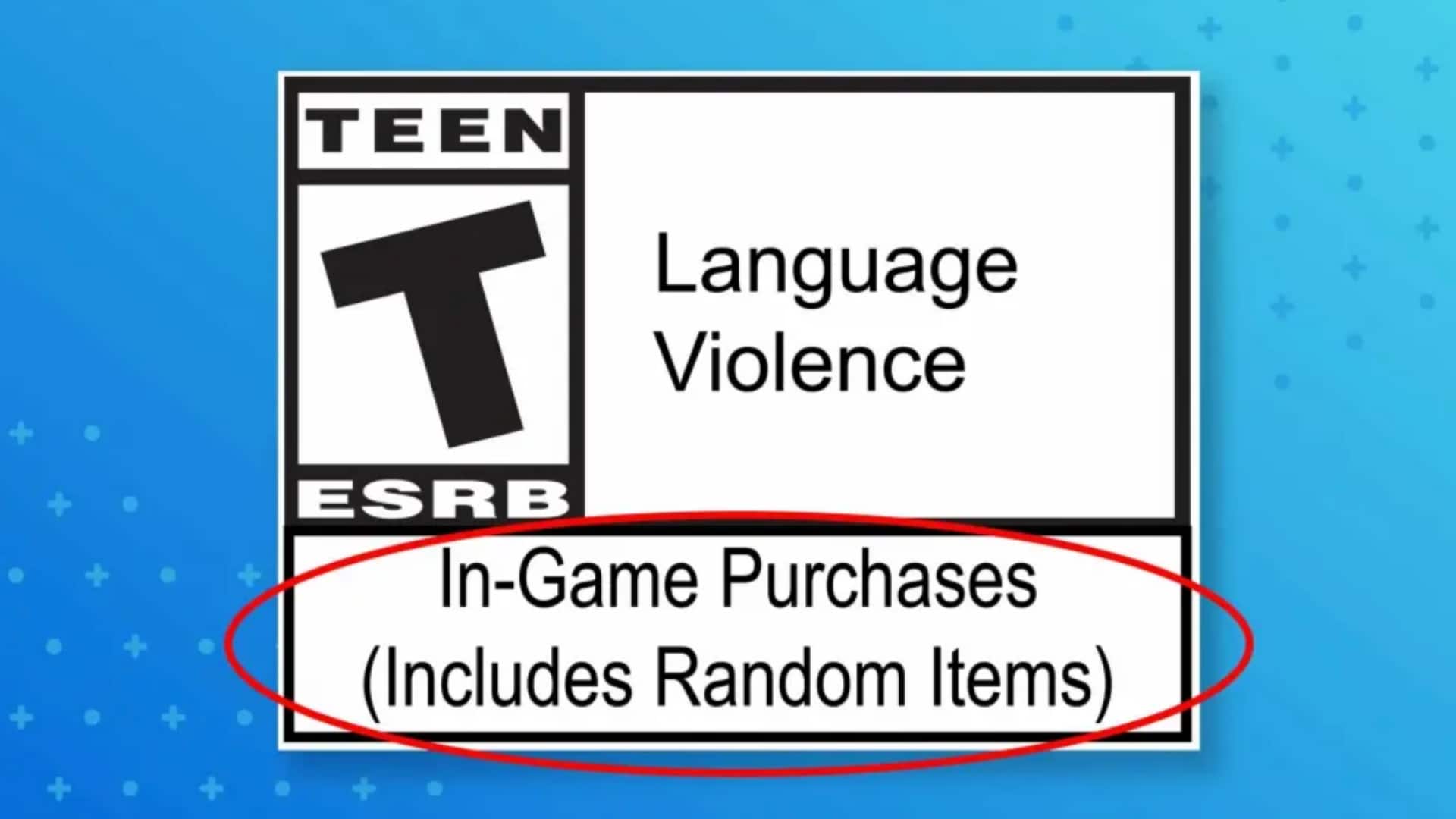 The ESRB warning label on games with in-game purchases. James Close says most kids, let alone their parents, do not pay attention to these warnings. (Image Credit: ESRB)

In April, a spokesperson for the video game giant Electronic Arts (EA), Charlie Fortescue, defended loot boxes following a CBC investigation into them in FIFA 21.

He said all EA games can be played without spending on in-game items and that the majority of players do not spend.

“Any purchases within the games are entirely optional.”

Fortescue also pointed out that family controls on any major consoles allow parents to decide “whether or not their children can spend in games [and] how much they can spend.”

What’s next? A Canadian ban?

Currently, there are lawsuits in Canada against gaming companies like EA for “unlawful gambling” by selling loot boxes in-game.

Although countries like Belgium in Europe have banned loot boxes, Canada remains in a legal debate over the digital treasure chests. 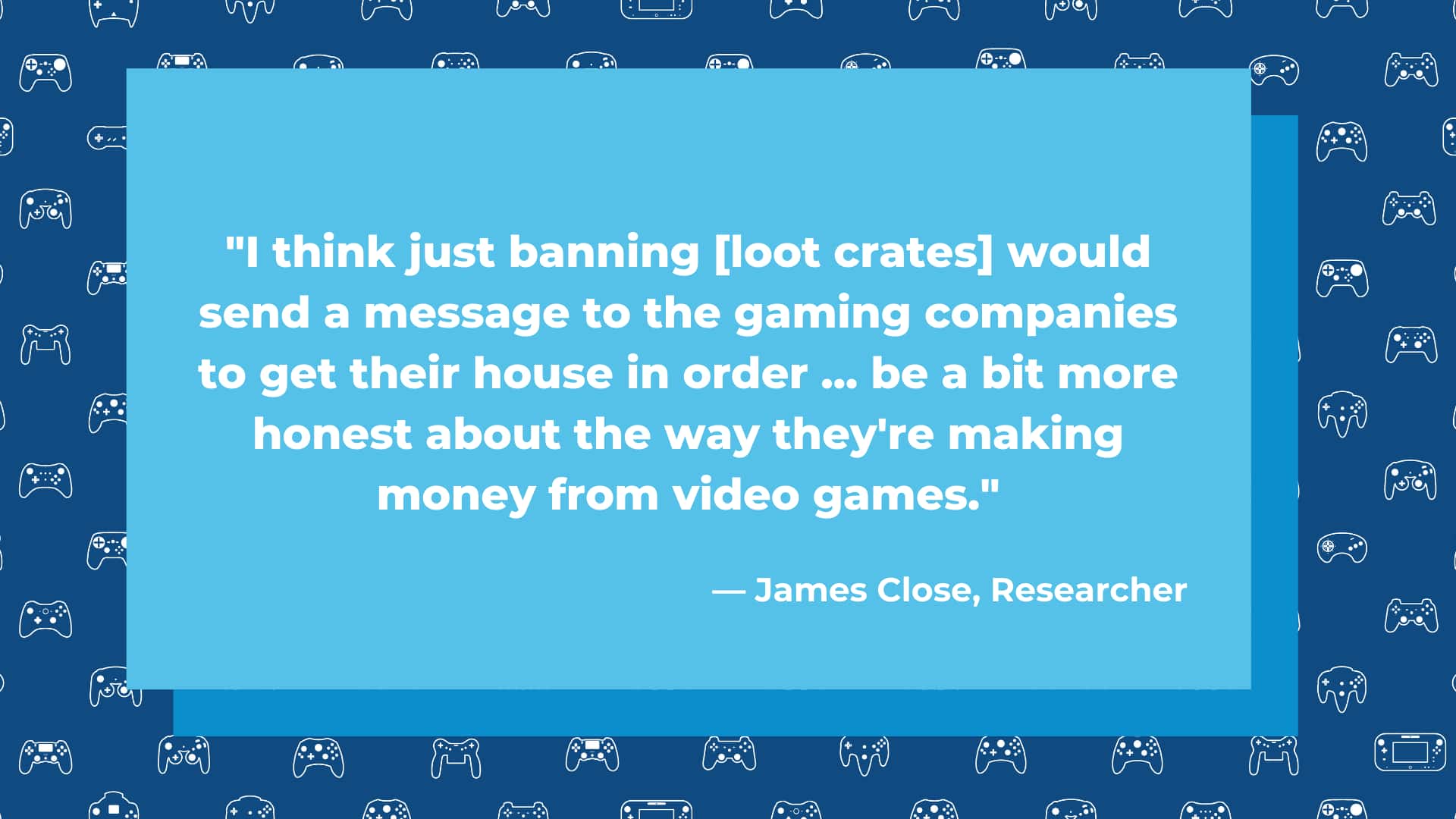 But it would be up to the government to ban them here.

Close said a ban would send a clear message to game makers.

Only time will tell if loot boxes are here to stay in the games we play. 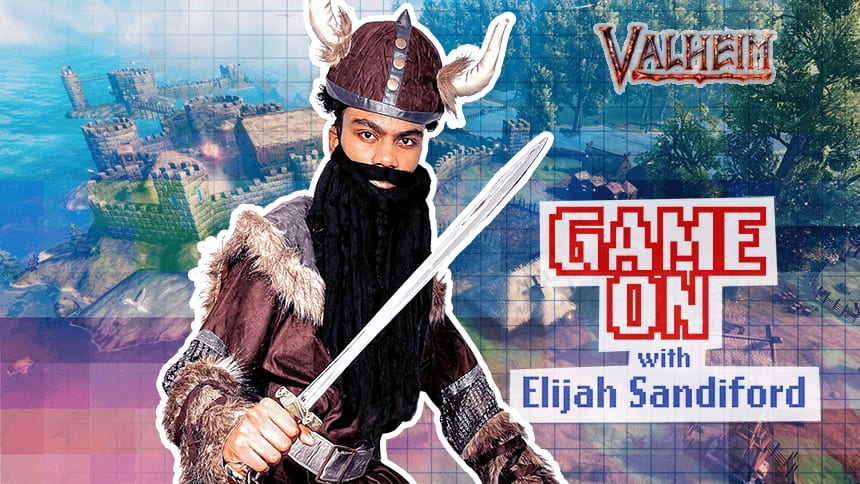 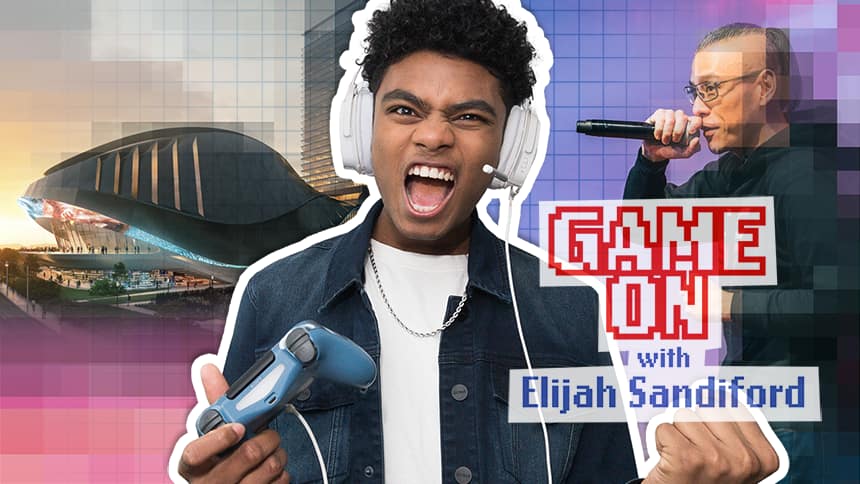