WATCH — Want to know more about the moon’s surface? Check out this map

There’s a new way to look at the moon.

A way that shows not just the surface features of the 4.5-billion-year-old ball of rock, but also describes how old those features are and how they got there.

It’s called the Unified Geologic Map of the Moon. 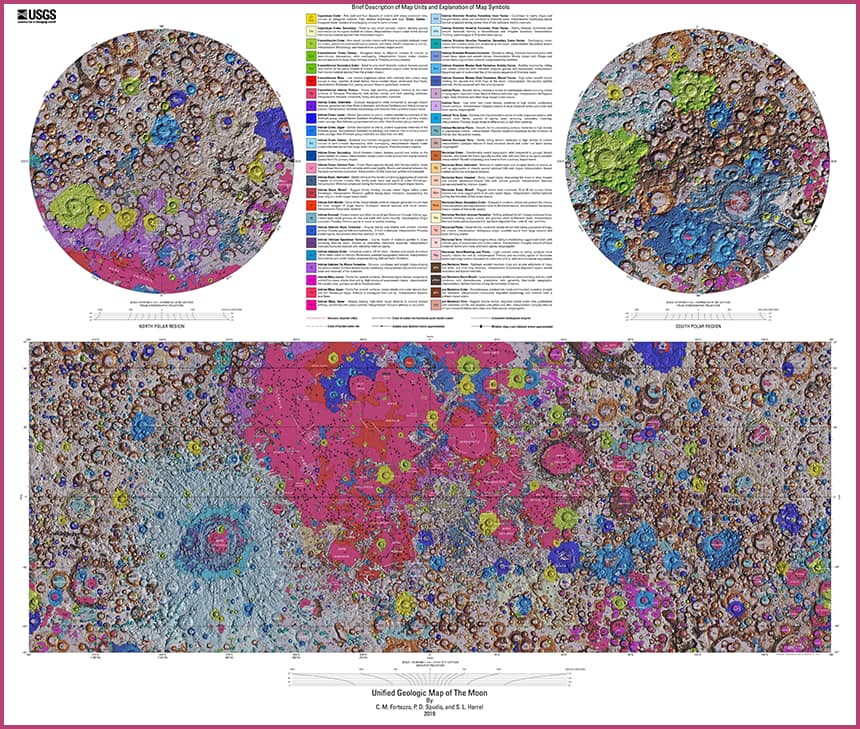 It’s a map made by scientists from the United States Geological Survey, with help from NASA and the Lunar Planetary Institute.

The scientists started with maps made during six Apollo missions in the 1960s and ’70s.

More recently, they added data from satellites that are constantly orbiting the moon.

The satellites reveal much more detail about the size and shape of the moon’s rocky formations.

The map is colour-coded to show the type and age of the lunar rock. 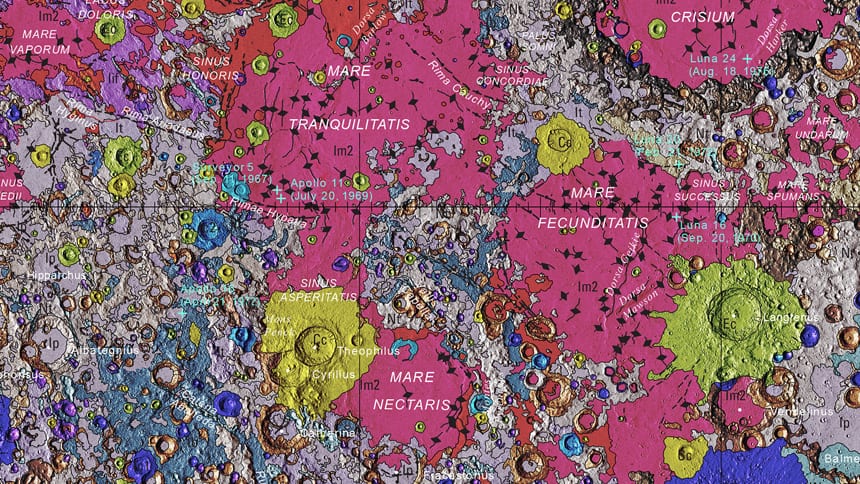 In yellow, you see craters made by asteroids and meteorites that have crashed into the moon over the past billion years.

In red and pink are the low-lying lava plains, formed when volcanoes erupted 10 million to one billion years ago.

Scientists can use the map to help plan for future human missions to the moon. 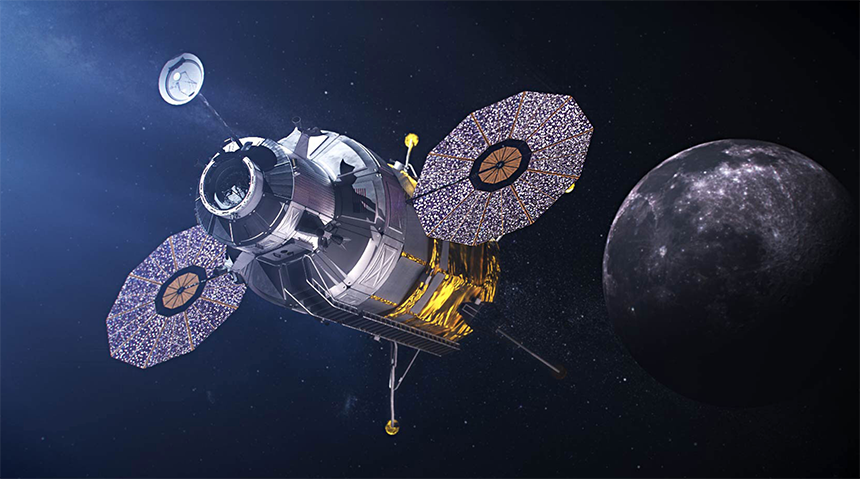 An artist’s rendering of the proposed Artemis lunar lander, which NASA expects to send to the moon in 2024. (Image credit: NASA)

In 2024, the American space agency plans to send astronauts to the moon for the first time since 1972.

The mission will also include the first woman to travel to the moon.

Check out this video to see more about the new moon map: