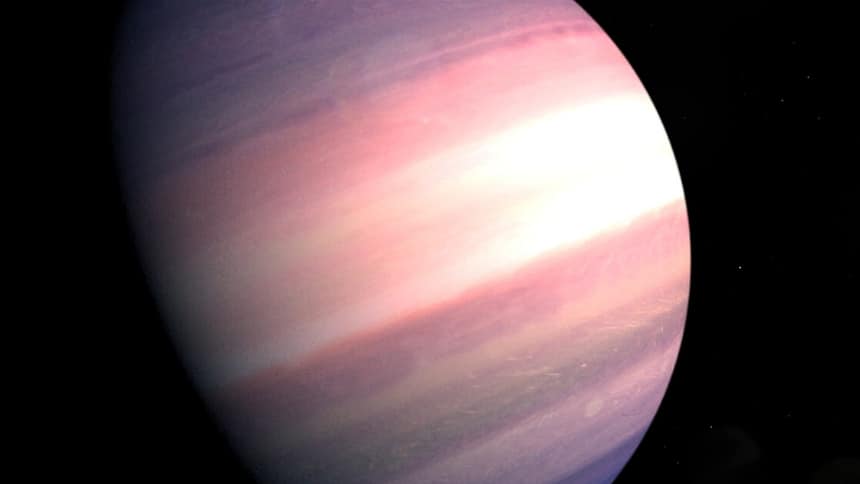 This new planet discovered by an American teen is about 6.9 times larger than Earth, and is somewhere between the sizes of Neptune and Saturn. (NASA)

Young people are vital to new discoveries outside our solar system, says Saint-Jacques

It was only the third day of his internship at NASA when 17-year-old Wolf Cukier made a discovery some people only dream of: he found a new planet.

The American teenager was fresh out of Grade 11 at Scarsdale High School in New York when he began his internship at NASA’s Goddard Space Flight Center in Green Belt, Maryland.

With little experience, the astrophysics enthusiast managed to locate the planet among millions of stars outside of our solar system.

“In dealing with new things, what you want is imagination, creativity and just raw intelligence.” 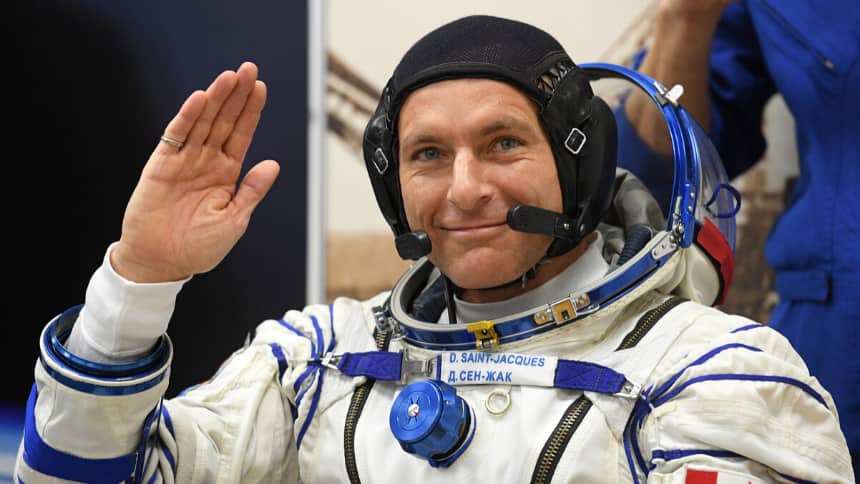 David Saint-Jacques spent a total of 204 days at the International Space Station in 2018 and 2019 — the longest Canadian space mission to date. (Kirill Kudryavtsev/AFP via Getty Images)

How to discover a planet

For their first few days at a new job, an intern could expect to make coffee and learn about their future career.

This wasn’t the case for Wolf, who was asked to look at images from the space agency’s Transiting Exoplanet Survey Satellite (TESS).

TESS is a satellite with four cameras that takes pictures of stars every 30 minutes over a period of 27 days. 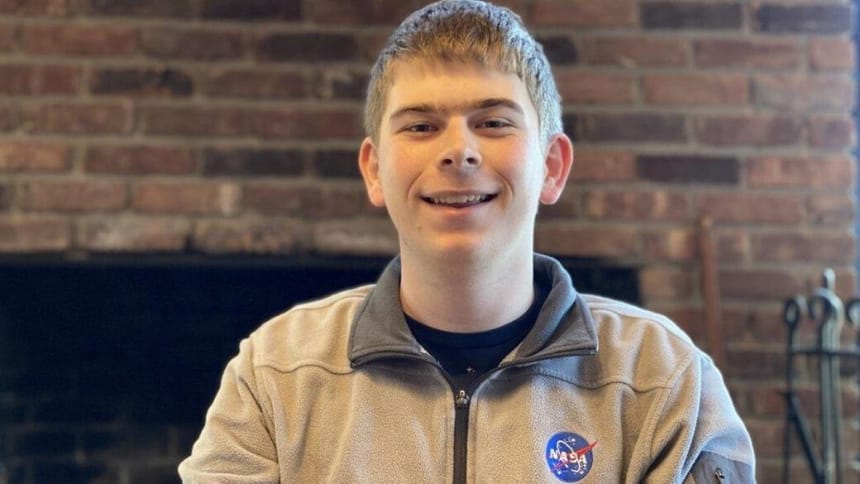 “About three days into my internship, I saw a signal from a system called TOI 1338,” Wolf said in a statement from NASA.

From these images, scientists can assess whether a star’s light darkens when a planet moves in front of it — an event known as “transit.”

“At first I thought it was a stellar eclipse, but the timing was wrong. It turned out to be a planet,” Wolf explained.

What’s special about this new planet? 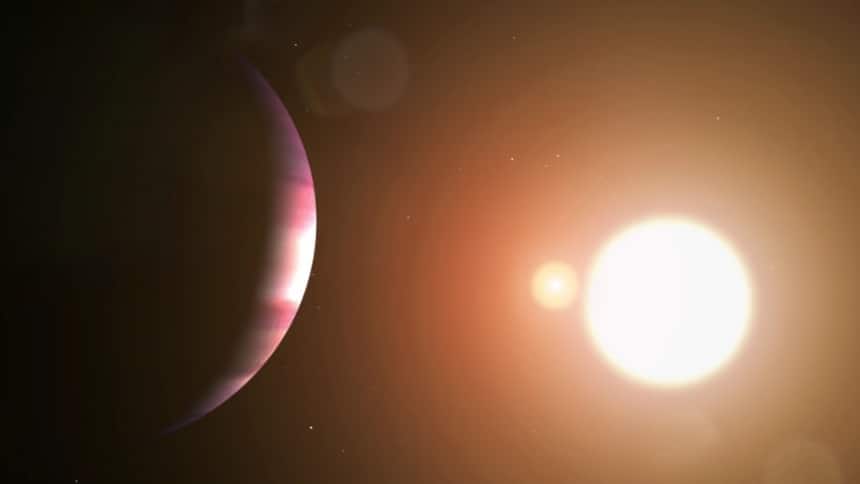 An illustration of the new planet, left, and its stars, right. One of the stars is about 10 per cent larger than the sun. (NASA)

This new planet is located 1,300 light-years away, near the constellation Pictor, which is outside of our solar system.

A light-year is a unit of time used by astrophysicists to measure the amount of distance light travels in one human year — the equivalent of about nine trillion kilometres.

This is a first for TESS imaging, as the new planet is what is known as a “circumbinary planet.”

“Circumbinary” is a term given to planets that orbit two stars.

While Earth orbits one star — the sun — this new planet, known as TOI 1338 b, orbits around a system of two stars. 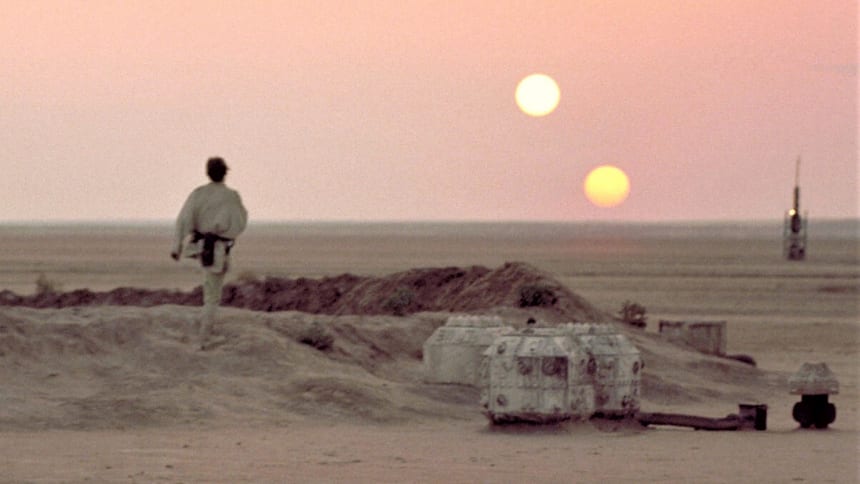 Normally, when we talk about planets, we think about names like Jupiter, Mars, Saturn and Pluto. 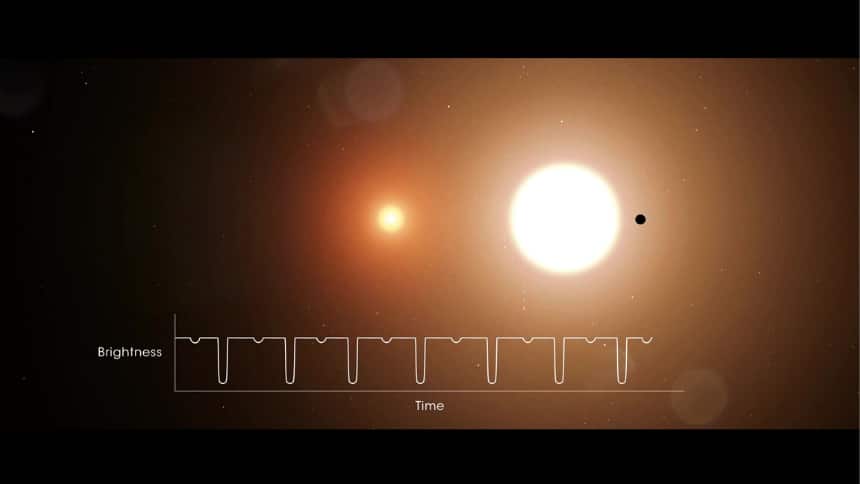 This illustration by NASA shows how the two suns that TOI 1338 b orbits occasionally eclipse each other — an event known as an ‘eclipsing binary.’ Irregularities in this process mean that scientists are able to identify new planets. (NASA)

So why does this planet have such a boring name?

Saint-Jacques explained that TOI 1338 b is what is known as a catalogue number, which allows scientists to identify each unique planet among the many millions that they have logged.

“They all start out with a reference number so we all know we’re talking about the same thing,” Saint-Jacques said.

But what are the chances that this planet might one day be named after the young man that discovered it? Could it become ‘Planet Wolf’?

“I think there’s a good chance it will get another name [that's] more significant, given its history,” Saint-Jacques said.

The future of Canadian space exploration

“We keep a little bit of energy for blue-sky dreaming,” Saint-Jacques said.

“That’s how, step by step, civilization grows. One day, I’m sure, that will lead us to explore outside our solar system.”