Trump’s deadline to ban TikTok is only 5 days away

Will selling to a U.S. company save the app?

Is TikTok going to disappear from your phone in five days?

Probably not. But given that President Donald Trump’s Sept. 20 deadline to ban the app in the United States is just around the corner, there are lots of rumours out there.

Despite what you may have heard, the video sharing platform, which is owned by a Chinese company called ByteDance, has not been sold to a U.S. company just yet.

And even if a deal does go through, it’s not clear if that means the app will be saved in the U.S.

So, yeah, there’s still a lot we don’t know, but here are some answers to your questions.

How we got here

Back in August, Trump said he would ban TikTok in the U.S. if the American version of the app wasn’t sold to a U.S. company by Sept. 20.

The Trump administration said it didn’t feel comfortable with China having access to information about millions of Americans through the app.

Trump called it a threat to national security. 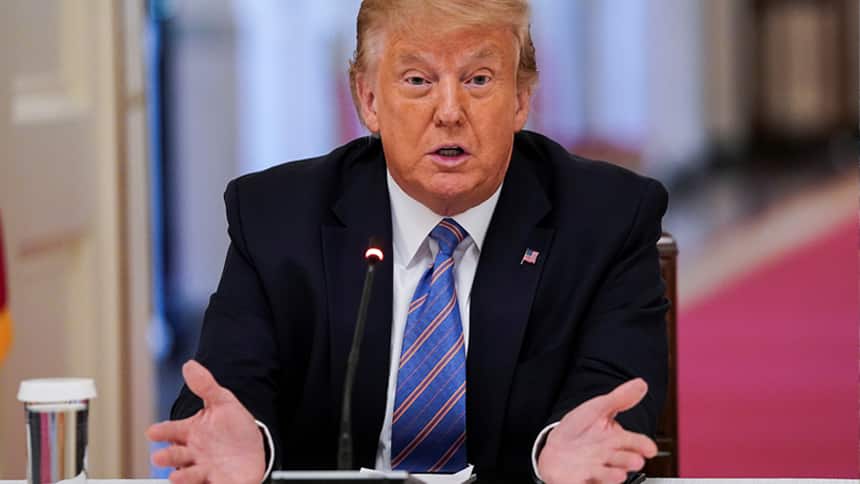 U.S. President Trump wants TikTok to be sold to an American company and user data stored in the U.S. (Image credit: Kevin Lamarque/Reuters)

Who wants to buy TikTok?

Originally, big U.S. companies like Walmart, Microsoft and Oracle all took an interest in buying the U.S. branch of TikTok.

The Walmart deal didn’t work out, and the offer from Microsoft was rejected, leaving only Oracle in line.

Oracle doesn’t appear to be buying TikTok. Instead, it’s looking to partner with ByteDance in a new deal.

Details are being kept under wraps as negotiations continue.

Oracle said in a news release that it would serve as TikTok’s “trusted technology provider” on behalf of ByteDance.

Would a deal save TikTok?

It isn’t actually clear whether an Oracle deal would stop the U.S. TikTok ban from going through on Sept. 20.

When Trump was questioned last month about Oracle and TikTok, he said, “I think Oracle is a great company… I think that Oracle would be certainly somebody that could handle it [TikTok].” 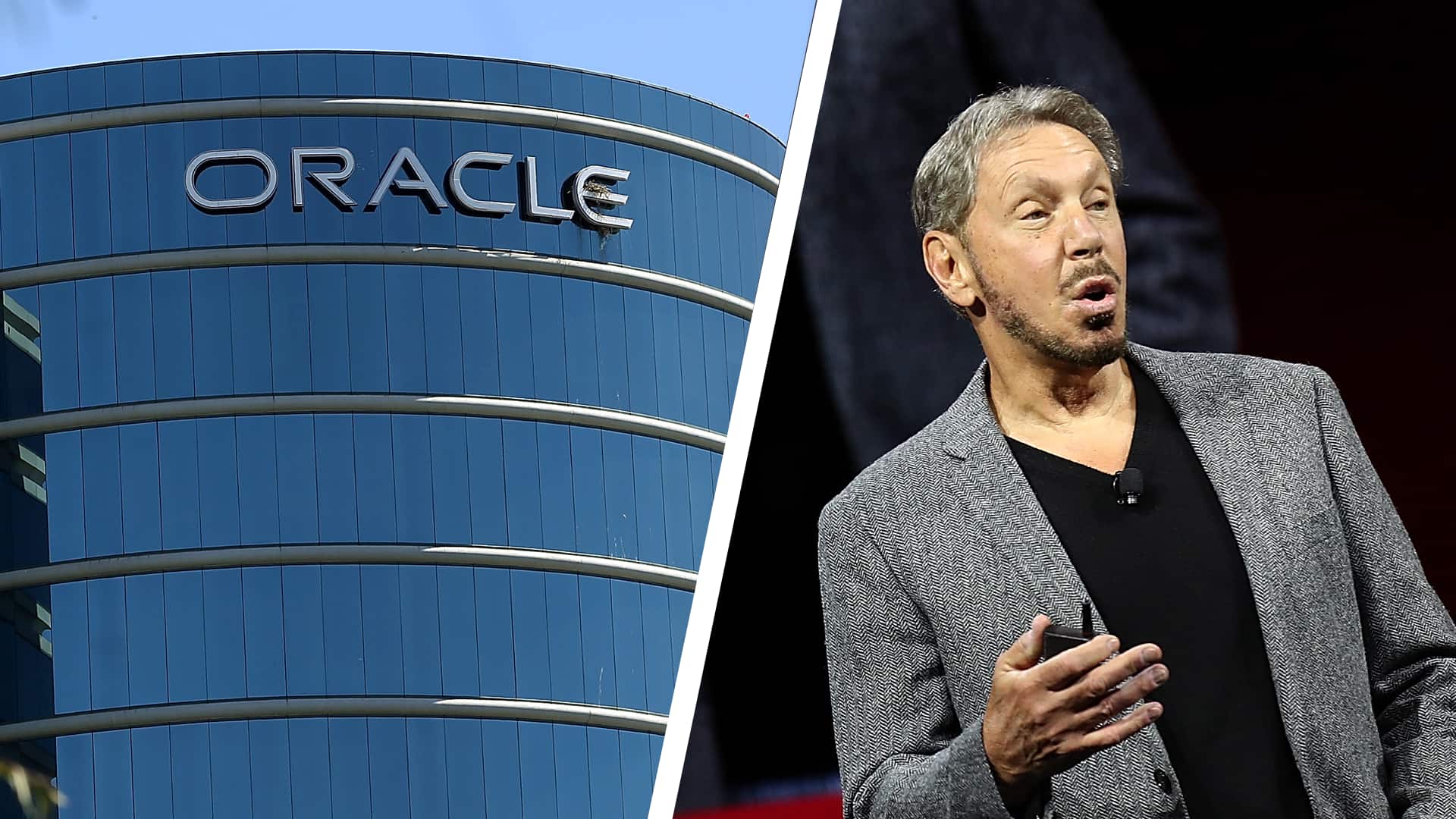 What about China, where TikTok is based?

According to Reuters, sources said the Chinese government would prefer the app was shut down rather than sold to a U.S. company.

That’s because it’s concerned that a forced sale would make China and ByteDance look weak.

ByteDance responded by saying it doesn’t want to shut down anywhere.

What does this mean for Canadians on TikTok?

According to tech and cybersecurity expert Ritesh Kotak, it’s too soon to say how Canadians will be affected.

But Canadian TikTok users could notice less content if millions of American users suddenly dropped off the app. 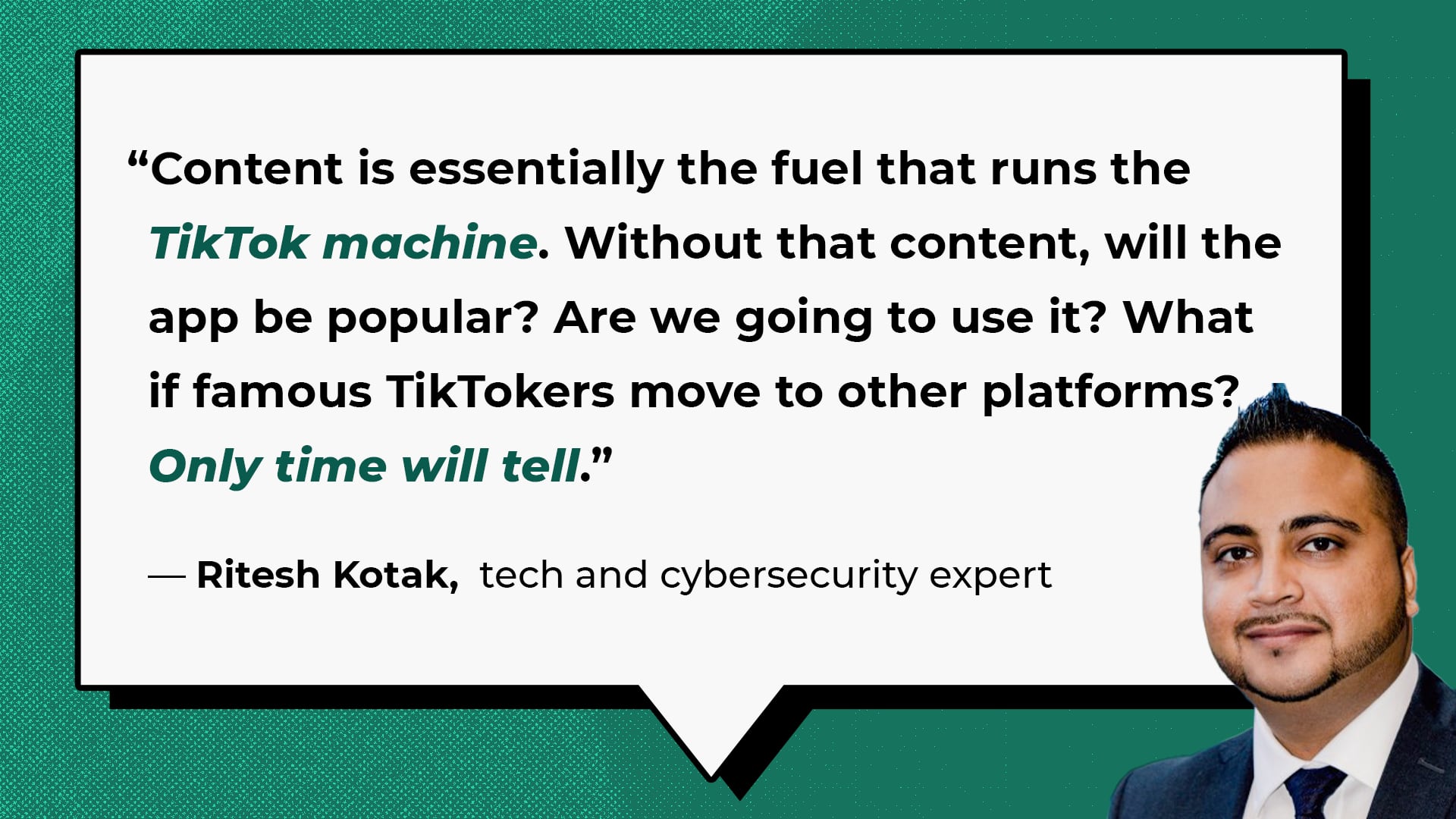 CBC Kids News reached out to the Canadian government for comment.

In a statement, a spokesperson for Public Safety Minister Bill Blair didn’t talk about whether a TikTok ban could happen in Canada.

All it said was that the government is working to ensure that “our systems are secure.”

In previous statements, TikTok said that information saved on the app is secure.

Kotak said we will have to wait and see whether other countries move to ban TikTok.

It’s already banned in India. Indonesia also banned the app in 2018, but that was overturned.

In the meantime, Kotak said it’ll be interesting to see whether the Oracle deal goes through and whether that saves TikTok in the U.S.

Keep checking cbckidsnews.ca for updates on this story and whether Canadian TikTokers should expect any changes.