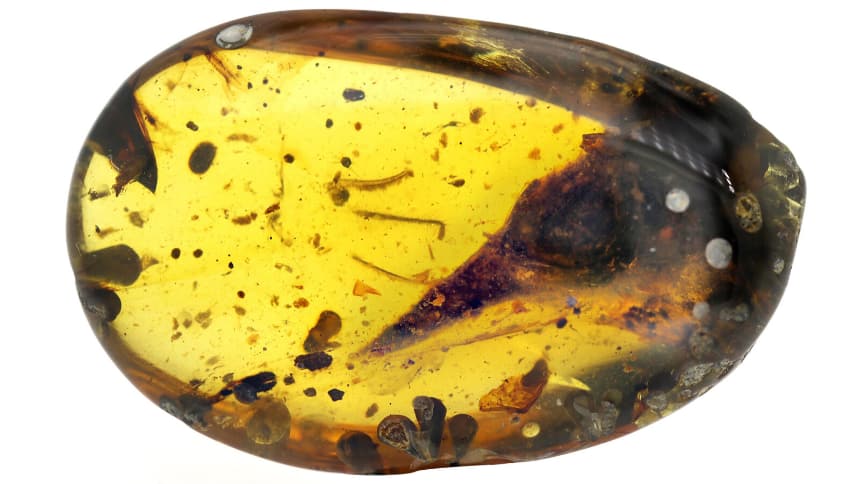 A woman in northern Myanmar found the amber that contained the creature’s skull in a market. She then donated it to Hupoge Amber Museum in China, where it could be studied. (Lida Xing)

Smallest dino ever discovered inside this amber fossil

This dinosaur lived about 99 million years ago

We normally think of dinosaurs as huge creatures that once roamed across Earth.

But now scientists have discovered a creature so small that it breaks the perception of dinosaurs as giant monsters. 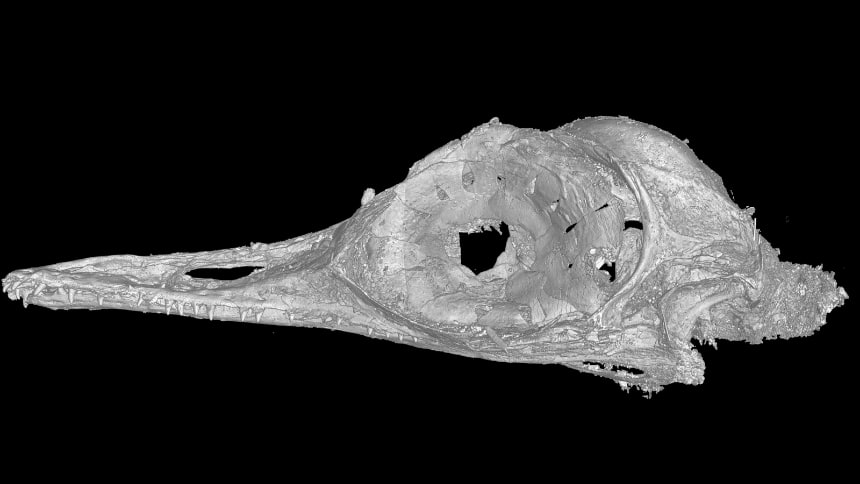 This skull is roughly the same size as a human thumbnail. (Gang Li)

This new discovery has been called Oculudentavis khaungraae. It’s the smallest extinct dinosaur on record.

The first part of the name means “eye-teeth-bird,” and the second part honours the woman who found the preserved skull: Khuang Ra.

This dinosaur had pupils that shrank and expanded in sunlight, suggesting that it was adapted to hunt during the day. 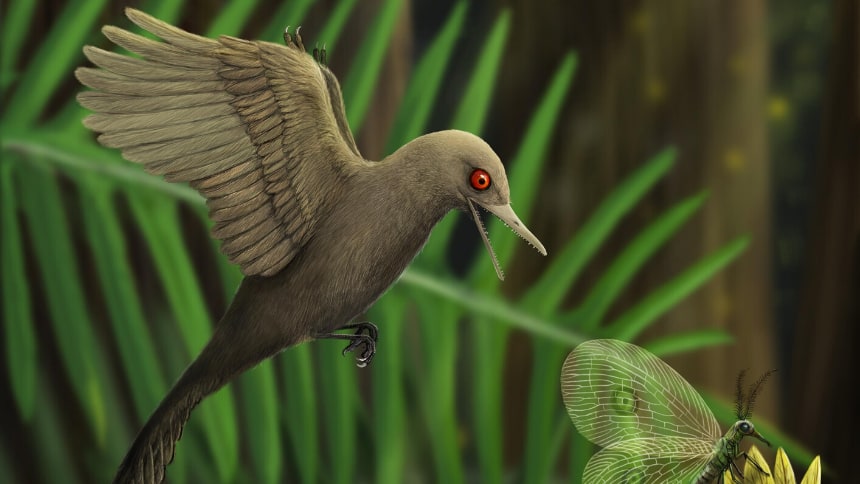 Amber is formed from tree sap that has fossilized over time.

This creature resembles a modern bird, but Ryan McKellar, a Canadian paleontologist, noted some key differences 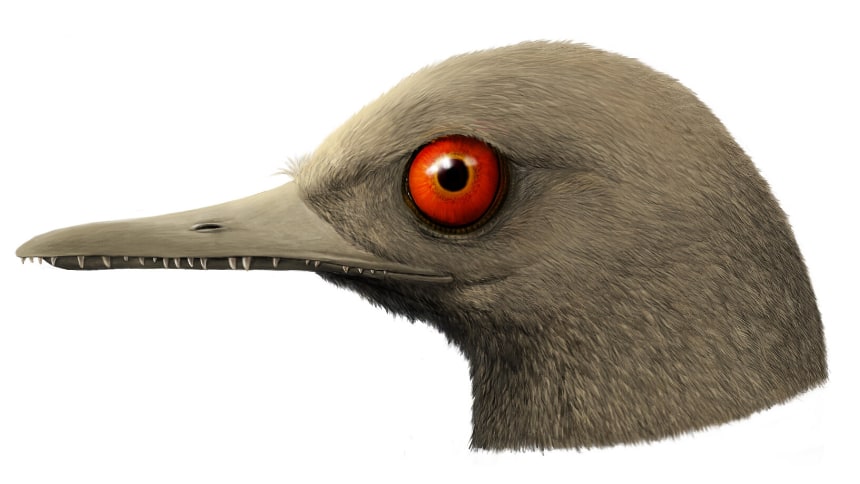 Unlike a lot of bird-like animals from this time, this dinosaur would have had teeth across all of its beak. (Zhixin Han)

“They're sort of our neat little guys that scurried around on tree trunks. [They] still had claws in their wings and still had teeth in their snout,” said McKellar.

The fact that this dinosaur was found in amber suggests to scientists that it spent a lot of its time on tree trunks, where it would have been trapped in the liquid tree sap.

The dinosaur also would have had larger eyes than most modern birds, and its eyes would have pointed more sideways.

Despite living about 99 million years ago, this dinosaur still has some resemblance to modern-day animals.

McKellar, who is a curator at the Royal Saskatchewan Museum in Regina, said that the dinosaur is almost the same size as the world’s smallest bird: the bee hummingbird. 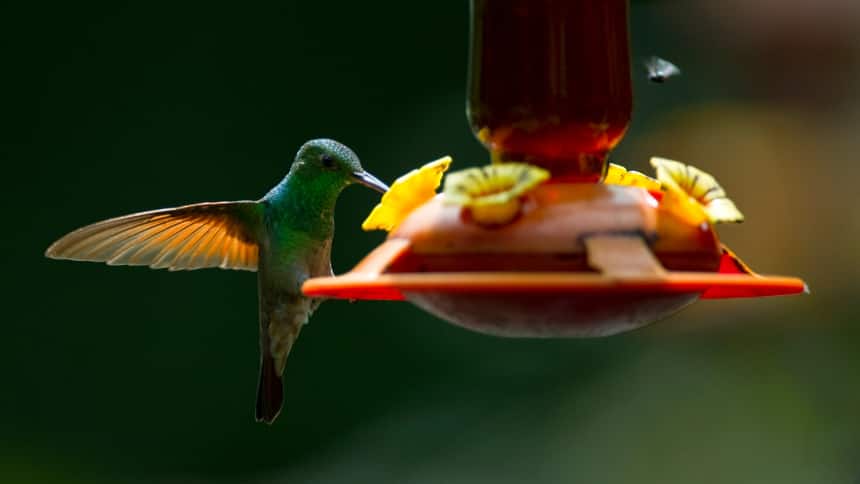 The bee hummingbird reaches about 6.1 centimetres in length as an adult. Technically, modern birds are considered to be a group of dinosaurs. (Ronaldo Schemidt/AFP via Getty Images)

Its brain is a little smaller, McKellar said, but “once you include the snout, you're talking about something that's about the same size.”

It’s feeding patterns are also similar to birds, as the animal would have eaten small insects and snails.

So, even a dinosaur this small could have been a predator.

With files from Emily Chung/CBC News