Dixie D’Amelio, left, and Addison Rae both opened up about their struggles with mental health recently. (Image credit: dixiedamelio/Instagram, addisonraee/Instagram)

Influencers reveal how they’re getting help

You might recognize Dixie D’Amelio and Addison Rae for their lighthearted TikToks that involve dancing or singing to the latest trending song.

But both stars recently revealed that their lives aren’t always filled with dance and laughter.

In separate interviews, D’Amelio, 19, and Rae, 20, opened up about how online hate has changed the way they look at their mental health.

They both said they’re taking steps to improve feelings of loneliness, poor self-worth and guilt.

On the Feb. 4 episode of Charli and Dixie D’Amelio’s podcast, 2 Chix, the famous sisters got into a discussion about mental health.

The D’Amelios, who have a combined TikTok fanbase of more than 150 million followers, talked about how online hate comments have fuelled feelings of guilt and shame. 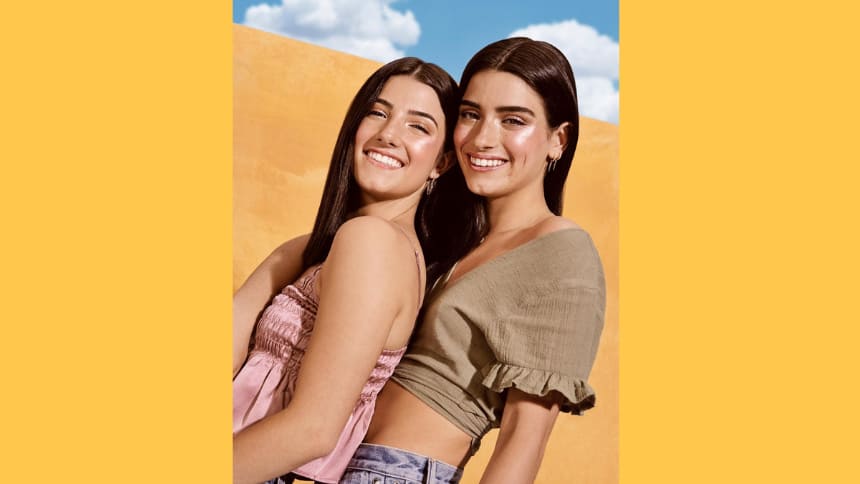 Charli D’Amelio, left, and Dixie D’Amelio are some of the most recognizable faces on TikTok. (Image credit: dixiedamelio/Instagram)

“I just feel guilty for every single thing I do, for every opportunity I have,” Dixie said. "I broke down the other day. I was like, 'Would I be doing more people a favour if I wasn't here?'”

Although the sister duo didn’t specifically mention which hate comments hurt the most, many fans of the D’Amelio family might remember an event that stirred up controversy in November 2020.

That’s when the D’Amelio family invited a chef to cook for them.

Some people called the sisters ungrateful and “bratty” for how they responded to the chef’s meals.

The video, which has been viewed more than 16 million times, has more than 210,000 dislikes.

It also attracted a number of negative comments, which focus mainly on Dixie’s decision not to eat a snail. 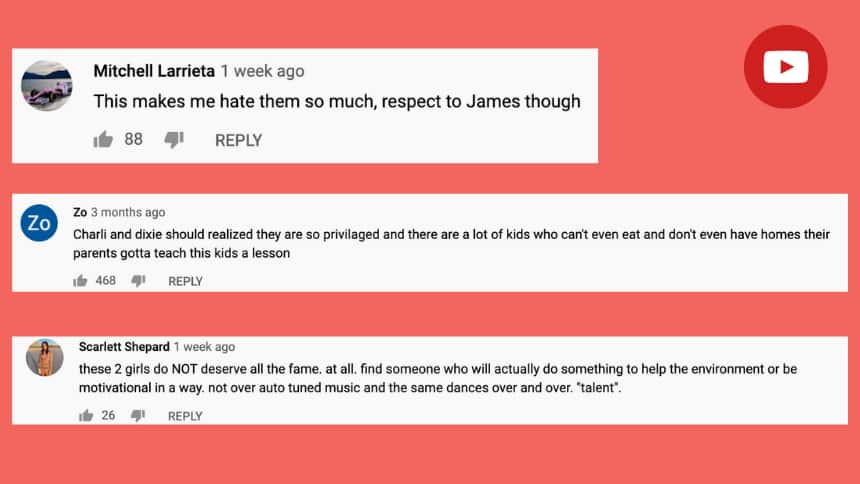 In the February issue of Glamour UK, Rae also revealed her struggles with mental health.

Rae, 20, is behind one of TikTok’s most popular accounts, with more than 75 million followers and four billion likes.

But all of those followers mean lots of eyes — and lots of potential judgment.

Rae said she has received comments that criticize her appearance, dances and more. 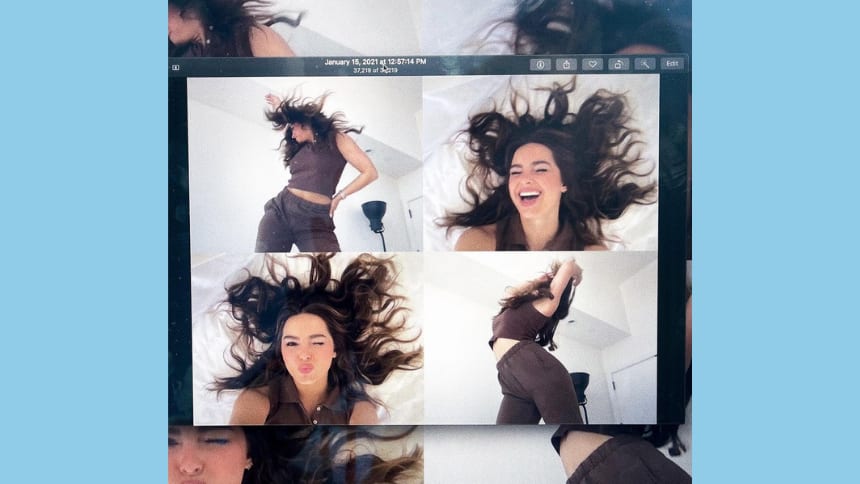 Addison Rae admits to struggling with loving herself and her appearance. (Image credit: addisonraee/Instagram)

In particular, Rae said she struggled with feelings of self-worth, picking apart her appearance and wanting perfection.

“I used to ask myself: ‘Why doesn't my body look like that? Or why isn't my hair that way? Or why is my face this way?’” Rae told Glamour UK.

“If you can't mentally, emotionally or physically love who you are, it becomes really difficult to even be happy.” 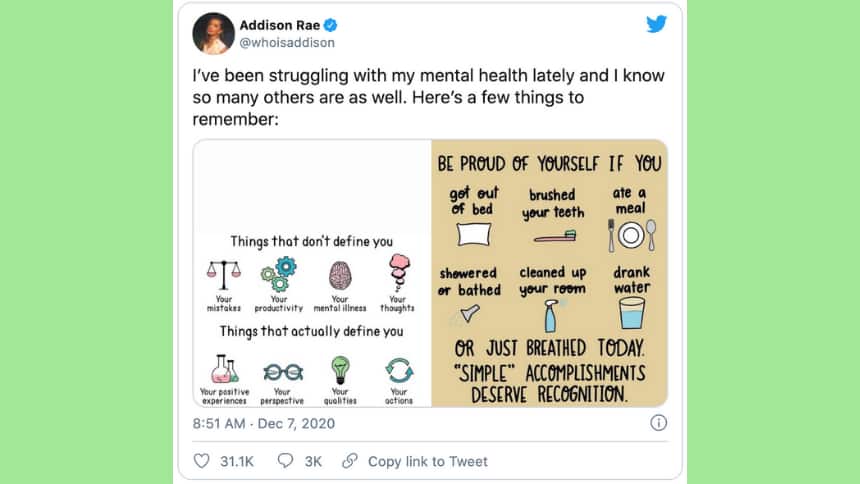 D’Amelio and Rae got help

Both D’Amelio and Rae said they have sought professional help from doctors and therapists after talking with their friends and family.

D’Amelio said she used to experience “explosions of emotions” before finding a medication that worked for her. 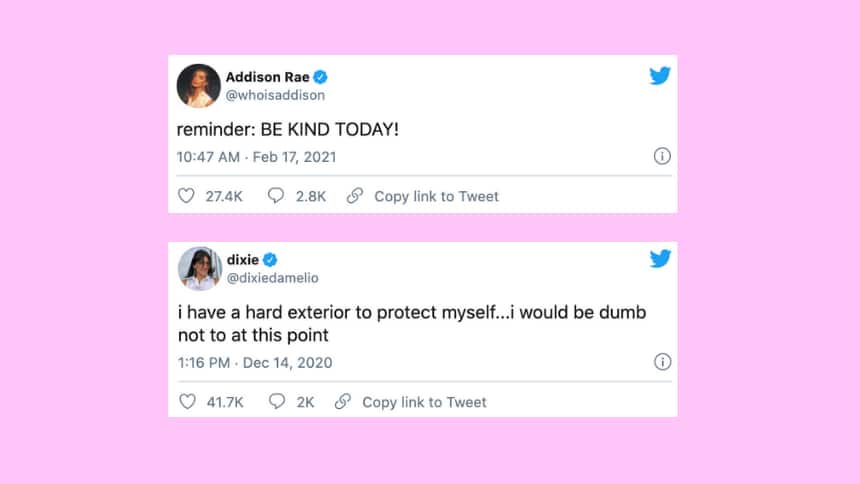 Rae said she now goes to a therapist in order to “not feel so down about herself,” to learn about self-love and to feel less alone.

“Staying mentally healthy is a really big accomplishment for me,” she said.

Remember, if you’re struggling with your mental health, you can live chat with the counsellors at Kids Help Phone or text them at 686868.

The team at Crisis Services Canada is also available by phone any day or time, and by text every evening.

You are not alone, tell us #howitfelt 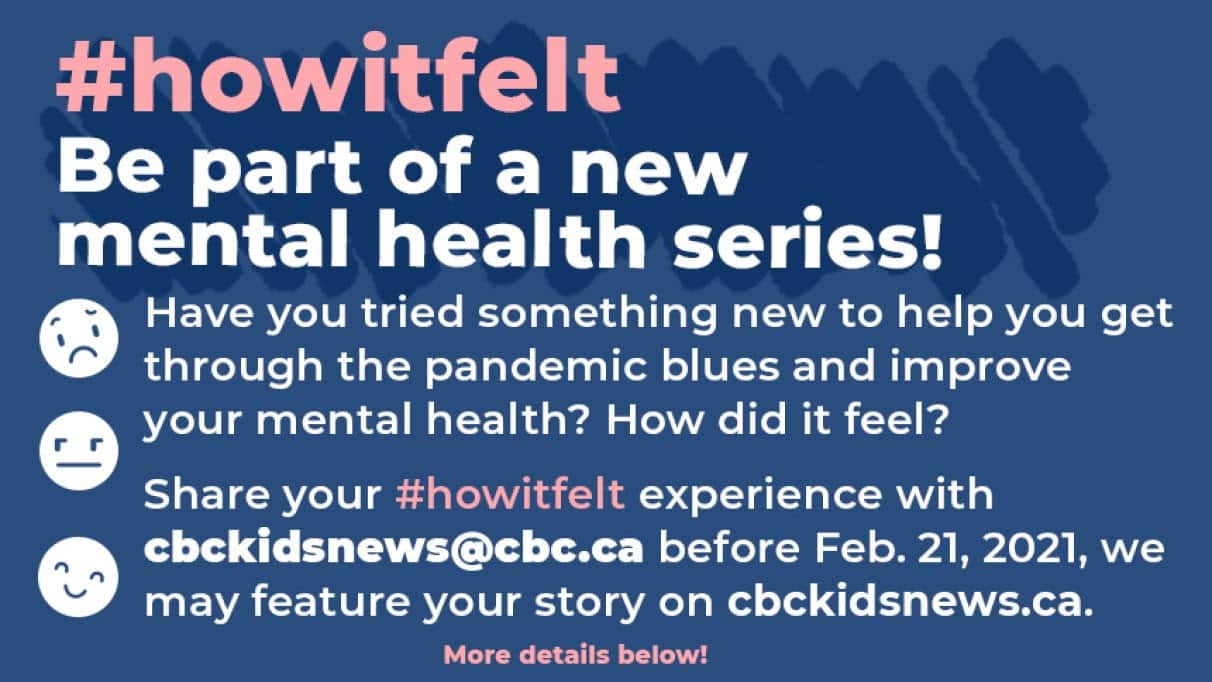 It’s been a pretty wild year for everyone.

With lockdowns and school closures, keeping your mental health in check can be a real struggle.

As part of an upcoming series on mental health, CBC Kids News is looking for stories from kids aged 10-16 who have found a way through their pandemic blues.

If you have a story you’d like to share about turning that frown upside down, we want to hear from you.

With a parent or guardian, first fill out this permission form and then email your experience to cbckidsnews@cbc.ca before Feb. 21, 2021, for a chance to be featured on cbckidsnews.ca. 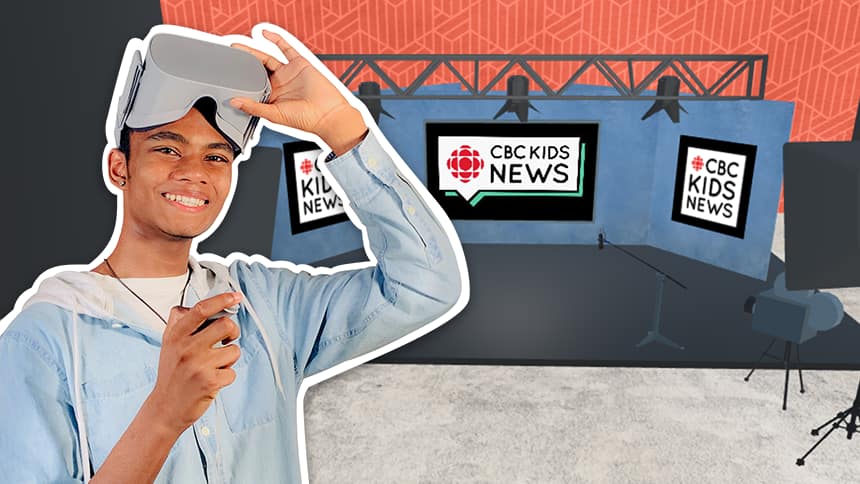