Addison Rae — who has 49 million TikTok followers and 22 million Instagram followers — is one of many influencers to be called out recently for blackfishing. (Getty Images, Addison Rae/Snapchat)

‘Blackness is not a costume, it’s a full life,’ says El Jones

In the last year, many notable figures including Canadian Prime Minister Justin Trudeau and Jimmy Fallon have been accused of blackface, a harmful practice that reinforces Black stereotypes.

While a lot of these instances of blackface happened in the past, some say a more subtle version of appropriation is happening today, and it’s called blackfishing.

Last week, popular TikTok influencer Addison Rae — who is white — was criticized on social media after she posted a SnapChat story where she appeared to be wearing makeup much darker than her natural skin tone.

Some users on Twitter were quick to call it out as blackfishing. 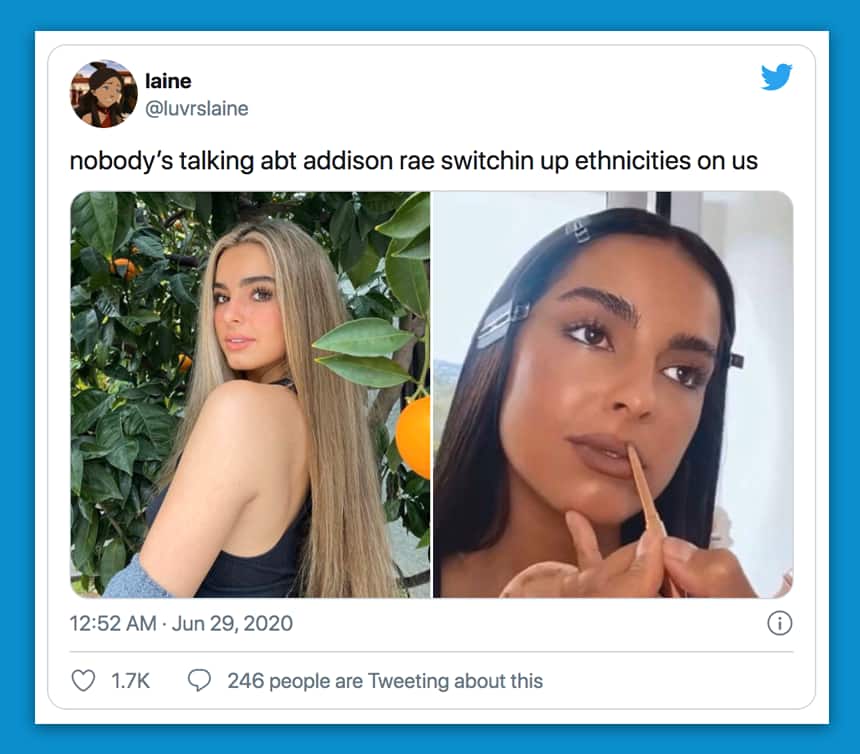 According to El Jones, an instructor of social justice and community studies at Saint Mary's University in Halifax, blackfishing is when somebody who is not Black (often a white person) takes steps to appear Black, usually on social media. 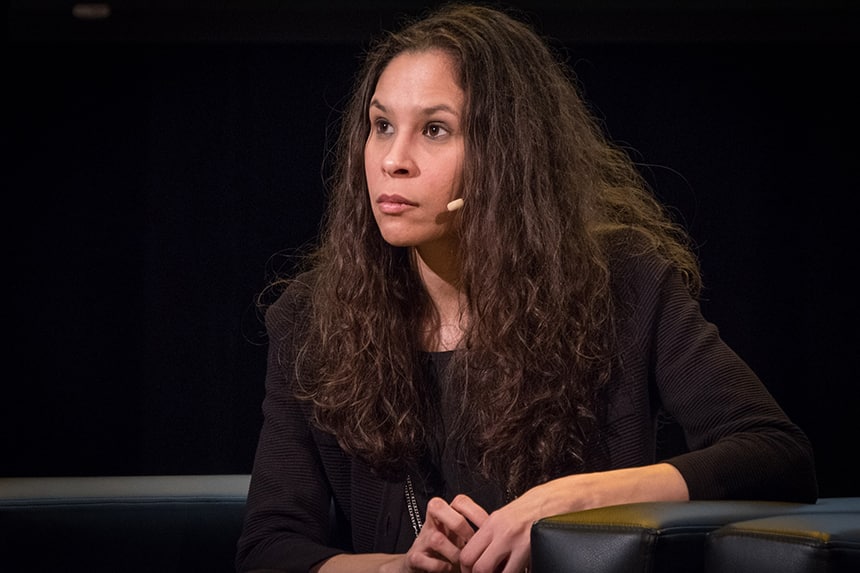 El Jones said that the Black features white influencers are appropriating are the same features Black people are often shamed for. (Robert Short/CBC)

This can involve darkening their skin with makeup, using products to mimic Black hair, thickening their lips with lip liners or injections and wearing Black fashions.

Addison Rae has yet to respond to the accusations on social media.

CBC Kids News reached out to her for comment and is waiting to hear back.

In other words, they want to appear to have Black features without experiencing the racism that comes with being Black, she said.

Features that, according to Jones, are often shamed and seen as “ugly, ghetto, or unprofessional” when on Black people, but suddenly become desirable and attractive when on a white person. 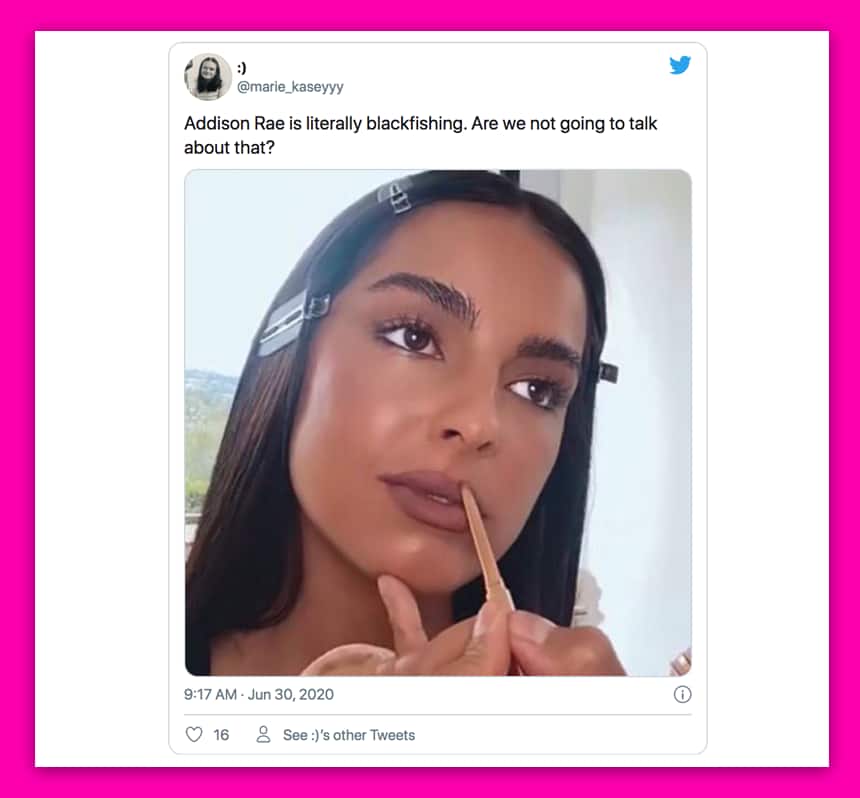 Further, Jones said they often pick and choose the parts of Blackness that they want to appropriate, which pushes the idea that Blackness looks a certain way.

“There are as many ways to look Black as there are Black people. Blackness is not a costume,  it’s a full life,” said Jones. “When we rely on stereotypes, Black people have to live with those stereotypes.”

Other influencers accused of blackfishing

Emma Hallberg — a white influencer from Sweden — was one of the first influencers to be accused of blackfishing back in 2018. 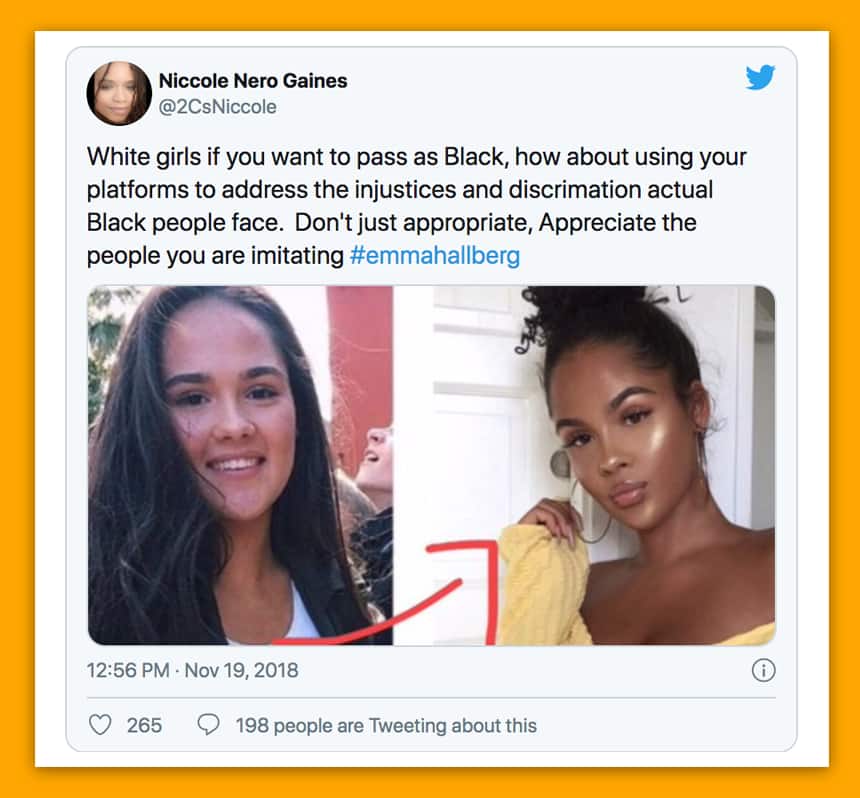 At the time, some users on Twitter came to her defence. 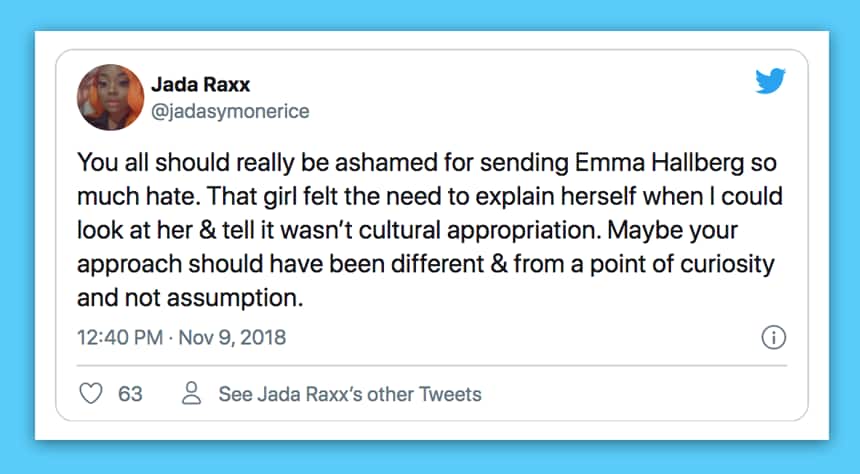 In response, Hallberg told Teen Vogue that she was never trying to be Black.

She said that her skin just tans “very dark” and that she uses a dark makeup foundation because of the harsh skincare products she uses that tend to remove the tan from her face.

Kim Kardashian has also been accused of cultural appropriation and blackfishing several times in the past, including for wearing Fulani braids — a Black hairstyle originating from the Fulani people of Africa.

Last year, she was accused of blackfishing for a photoshoot she did with 7Hollywood. 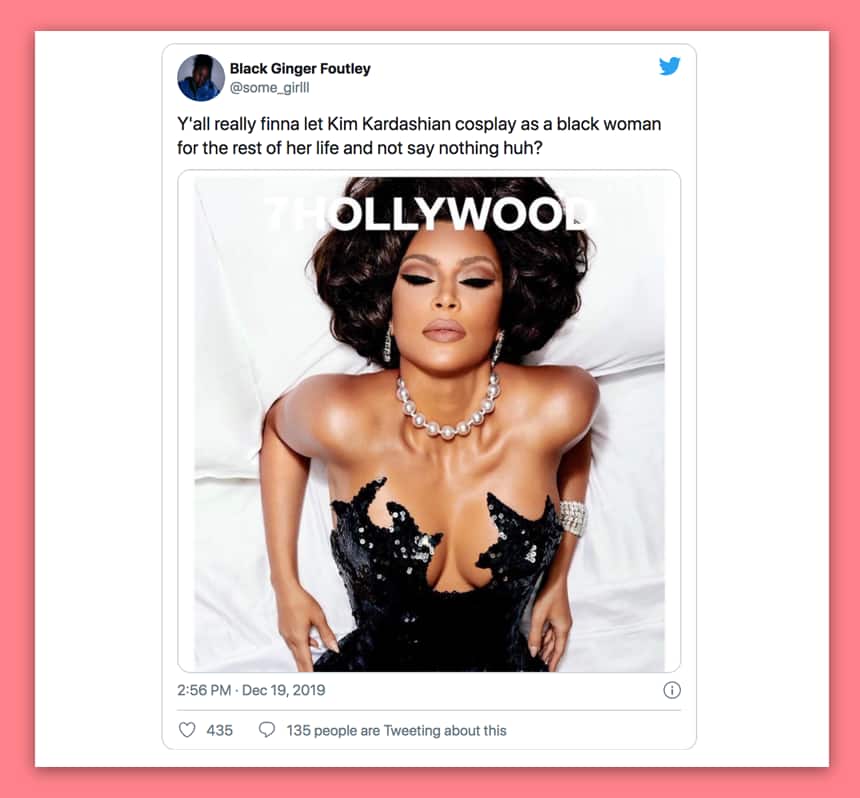 Some users on Twitter said it was a clear instance of blackfishing.

Kardashian has yet to directly respond to the accusations.

Back in April, white rapper Bhad Bhabie was accused of blackfishing after posting several videos on Instagram of her with a noticeably darker skin tone. 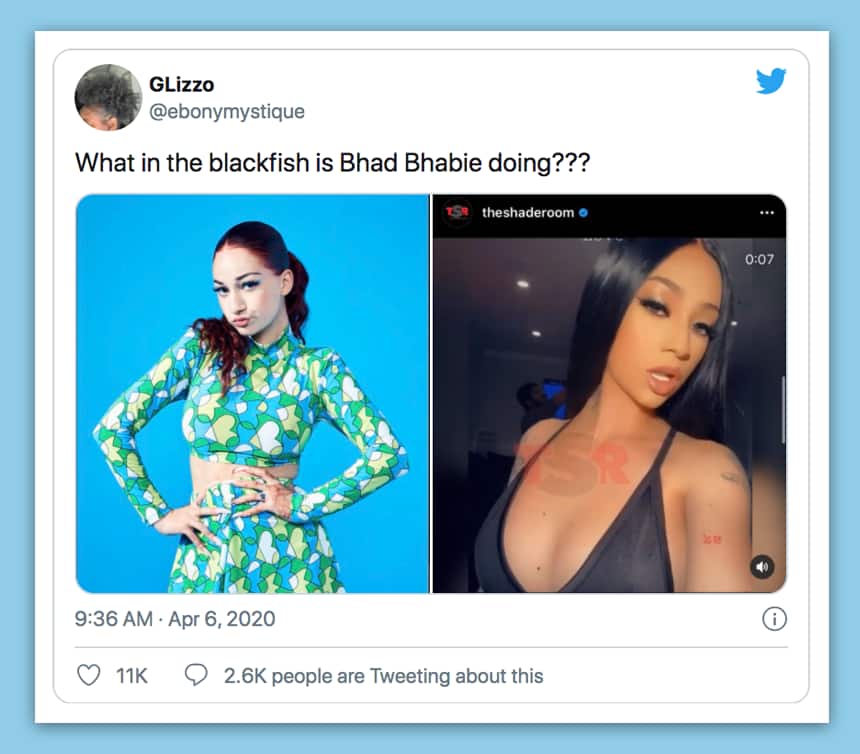 Bhad Bhabie has since denied the accusations on Instagram Live.

Jones said it’s important to note that nobody is saying people can’t enjoy Black culture. There’s just a difference between appreciation and appropriation.

“You can participate, but participating and enjoying and upholding doesn’t mean becoming [Black] yourself.”

She added that if you see something you think is blackfishing online, it’s important to not “like” or support it, and to think about how it and other images on social media make you feel.

From there, it can be helpful to talk with friends about the impact of these images and to understand why these images are harmful in the first place by building racial literacy.

Want to learn more? Check out some of these recent articles: