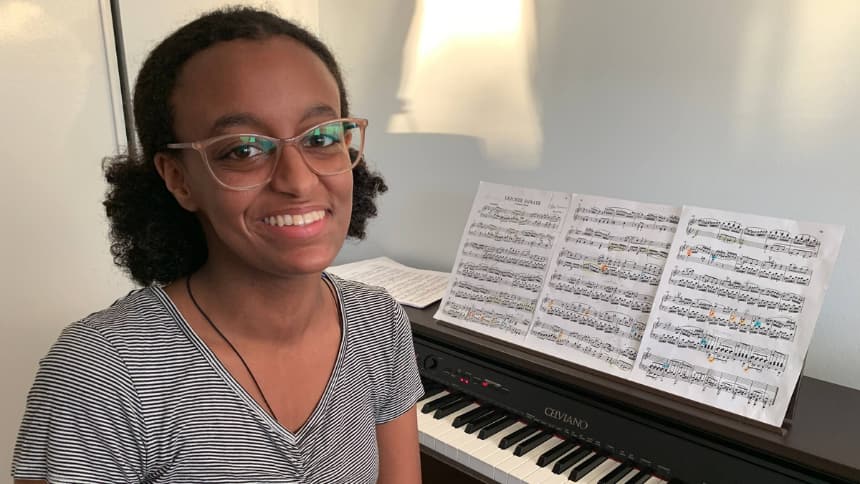 This student won a huge prize for explaining quantum tunneling

What does it take to make an award-winning video about science?

Maryam Tsegaye (pronounced tsah-GUY) will tell you: a good idea and some hard work.

The 17-year-old from Fort McMurray, Alberta, is the first Canadian student to ever win a huge international award for creating a video about science.

The competition is called the International Breakthrough Junior Challenge, and it comes with a $250,000 US scholarship.

“This is an absolutely life-changing moment,” Maryam said in the Breakthrough video announcement. “Nothing’s going to be the same from now on.”

Maryam’s video is about quantum tunneling, which she compares to the idea of walking through walls in video games.

“Quantum physics makes it seem like the world is playing cheat codes on us, but it’s not,” said Maryam in her video. “It’s how the universe works.”

In the video, Maryam explains that quantum tunneling can only be done by the types of particles that are so tiny that they make up the parts of an atom (or subatomic particles).

That’s because these subatomic particles can act like both a wave (the way energy travels) or a particle (the way objects travel), making it difficult for scientists to describe their location precisely.

Maryam explains that physicists are only able to predict the location of these particles at any given moment the same way that you can predict the outcome of rolling a pair of dice before they land. 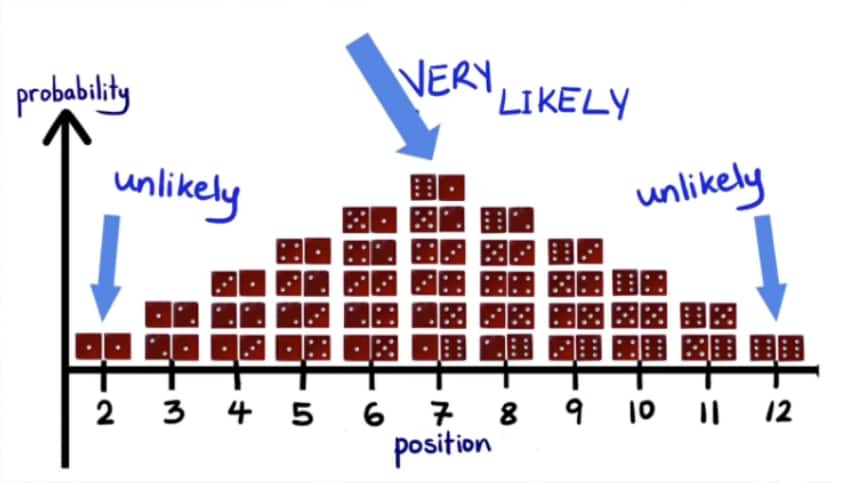 It is more likely to roll a seven than to roll a two, but both are still possible outcomes. (Image credit: Maryam Tsegaye/YouTube)

Now when these particles meet a thin enough barrier or wall, the probability they would appear within or on the other side of the barrier becomes lower but not zero.

Meaning, it is possible for them to have passed through the wall. This is quantum tunneling.

Putting together a video to explain this concept to non-physicists is more work than just understanding it yourself.

“I knew that I couldn't just throw some mathematical equation at you or a bunch of scientific jargon you wouldn't understand,” Maryam said in an interview with CBC.

It took Maryam two weeks to create her entry.

Her process included finding her topic, creating a story to tell from it, creating the storyboard of her video, before even starting to film. 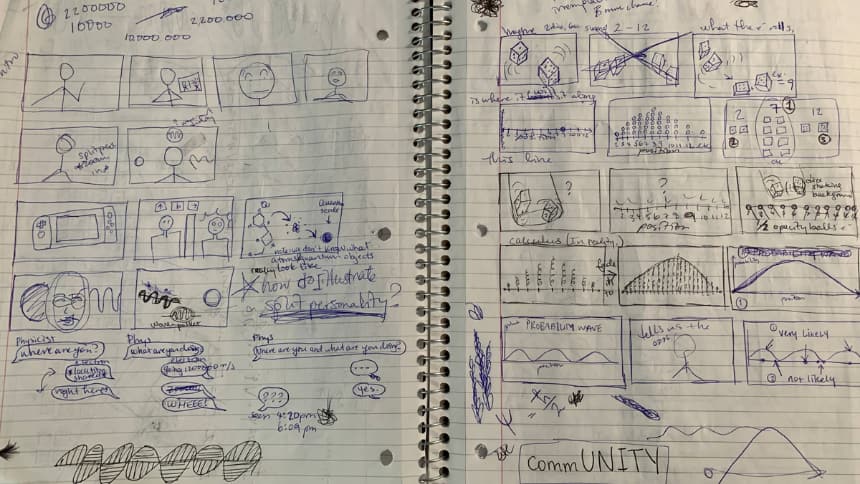 Maryam’s process included creating a storyboard to imagine what her video would look like. (Image credit: Jamie Malbeuf/CBC)

And she couldn’t do it without some support. She did work with a friend to edit the video together.

However, she managed to complete the rest using a laptop “held together by binder clips and half the keyboard doesn't work,” she said.

“So if anyone is thinking about participating in the challenge, I'm just going to say it doesn't take very fancy things to get it done.”

The competition invited students from all over the world to send in their own videos. Maryam was one of 5,600 who entered the contest.

“I just had a lot of time over quarantine and I just decided to enter,” said Maryam. “In previous years, I always hesitated from entering because I was really intimidated by all the other competitors.”

Maryam plans on using the scholarship to study physics at a university abroad. And also to buy herself a new laptop.

Check out these other kids who made the news in 2020

With files from Jamie Malbeuf/CBC