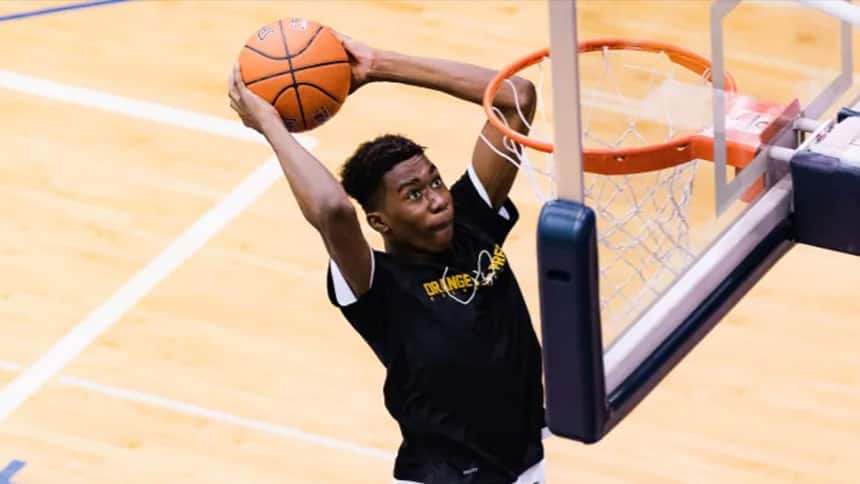 Hooping on the court and on-camera

For many years, the path to pro basketball in North America has been through American prep schools, even for Canadians.

Current NBA players from Canada such as Tristan Thompson, Andrew Wiggins and Cory Joseph all spent some of their high school years playing basketball at preps schools in the U.S.

But Jamal Murray of the Denver Nuggets chose a different path, and took his talents to a school called Athlete Institute Basketball Academy in a small town in Ontario called Orangeville.

He played for their national team named Orangeville Prep.

Since then, the academy’s popularity has increased, producing four more NBA players and countless other pro athletes. 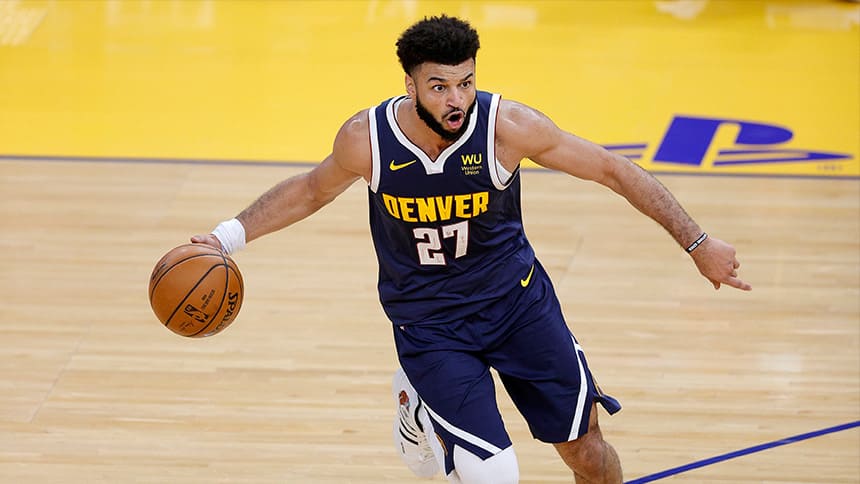 Guard Jamal Murray recently signed the largest contract ever by a Canadian in the NBA with the Denver Nuggets. (Image credit: Ezra Shaw/Getty Images)

Jalik Dunkley-Distant is one of those players.

The 15-year-old point guard from Stoney Creek, Ontario, is the youngest player on the team. 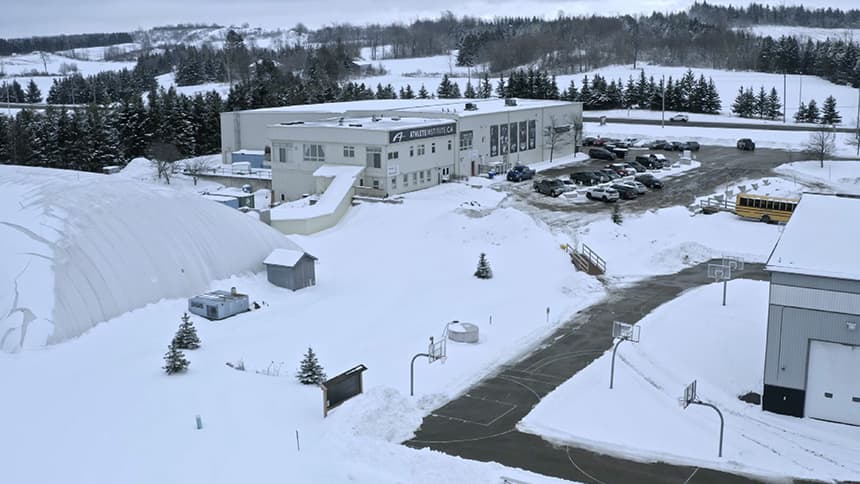 Even though the town of Orangeville is small, the school has big potential, according to the players who go there.

“I believe it’s the best school in Canada, to be honest,” Jalik told CBC Kids News. “I feel like I’m finally getting the exposure I need.”

Teams at the school regularly compete against the top teams in North America. 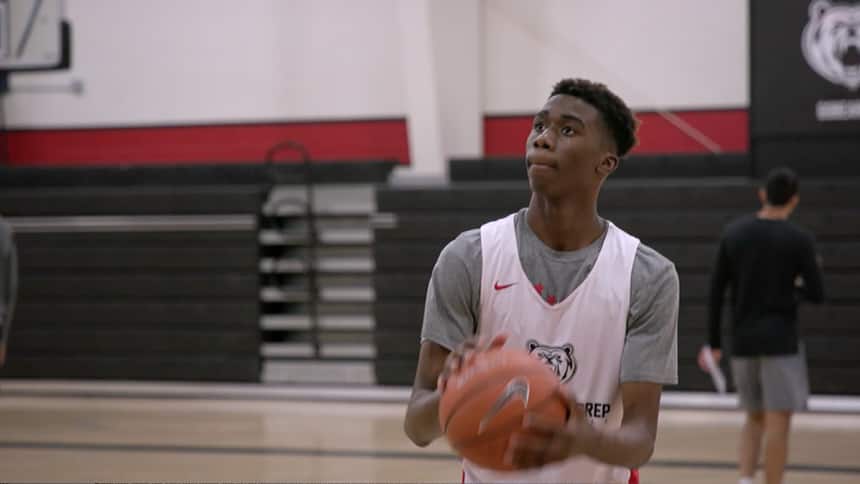 Shooting the ball is something Jalik says he improved while playing for Orangeville Prep. (Image credit: CBC)

Being a freshman and the youngest player on an elite basketball team might seem like a lot of pressure, and this past year, Jalik had the added pressure of having a documentary crew following him.

“The camera is always there,” said Jalik.  “We’re in a team timeout, timeout is over and you turn around, camera is there.”

“I didn’t really mind,” he said. “They are just there to do their job.” 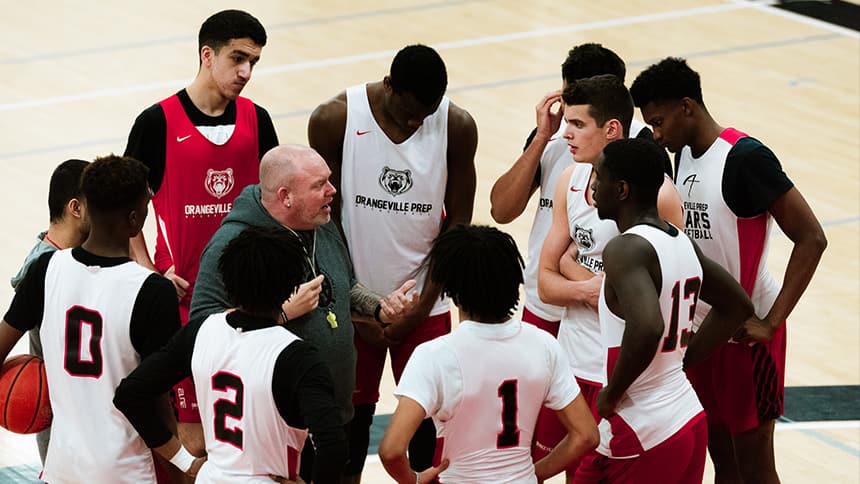 Focused on the opportunity

While the documentary series focuses on the various players and staff at Orangeville Prep, Jalik is focused on getting better.

“My first practice, it was not good at all,” he said “I told [Coach Tony McIntyre] I’m kind of shook.”

But since then, he’s seen huge improvements in himself.

Jalike is doing his best to embrace the opportunity that Orangeville Prep can give to young basketball players. 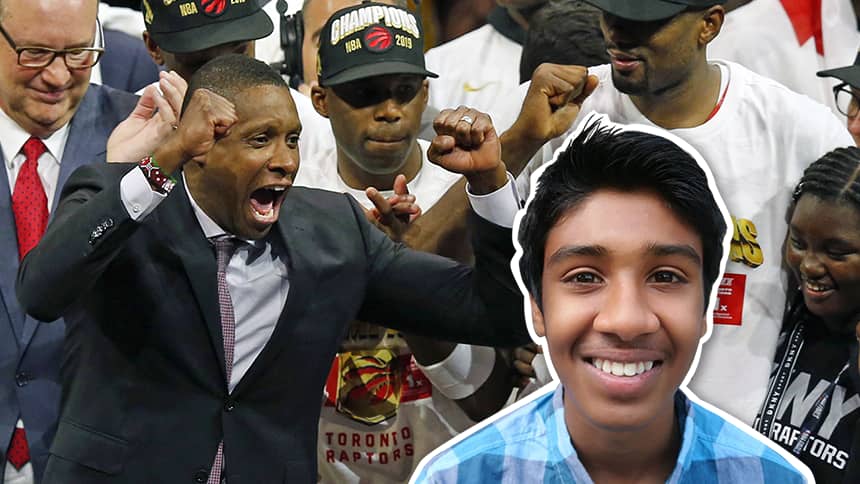 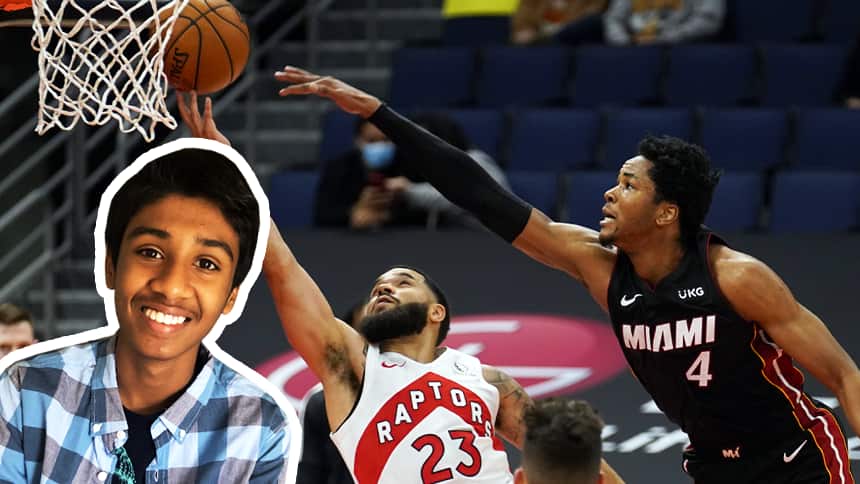 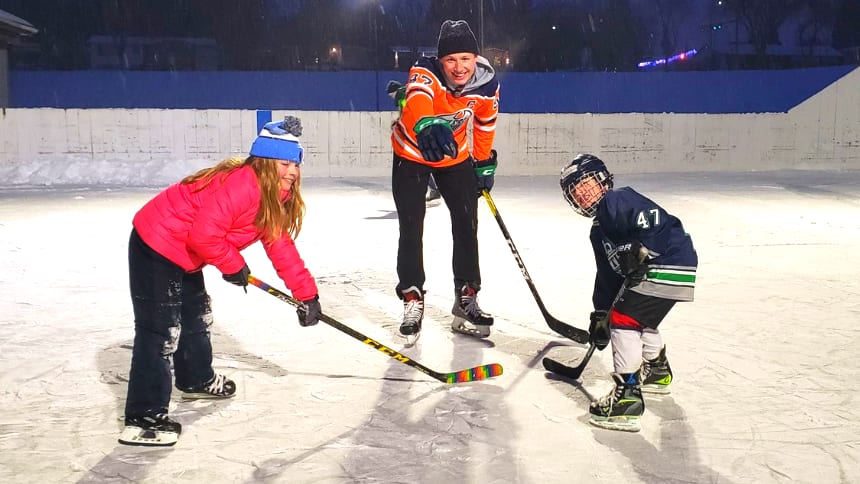