Esther the Wonder Pig is a 628-pound pig that lives on a farm in Campbellville, Ont., with owners Steve Jenkins and Derek Walter. (Hannah Yoon/Canadian Press)

This little piggy went to the operating room

Not all pigs that live on farms end up on your dinner plate.

Some, like Esther the Wonder Pig, become internet sensations.

Esther, who is from a farm in Ontario, has captured the world’s attention thanks to social media.

A book was even written about her. 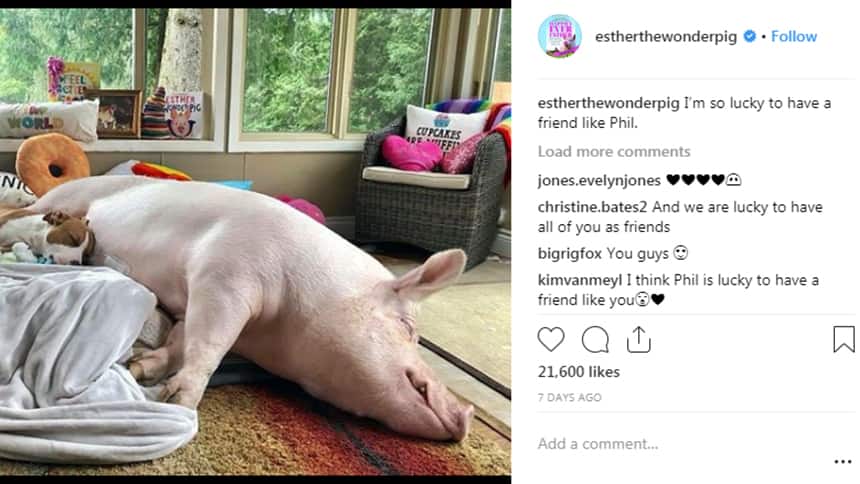 Esther relaxes at home in the weeks before her surgery. (estherthewonderpig/Instagram) 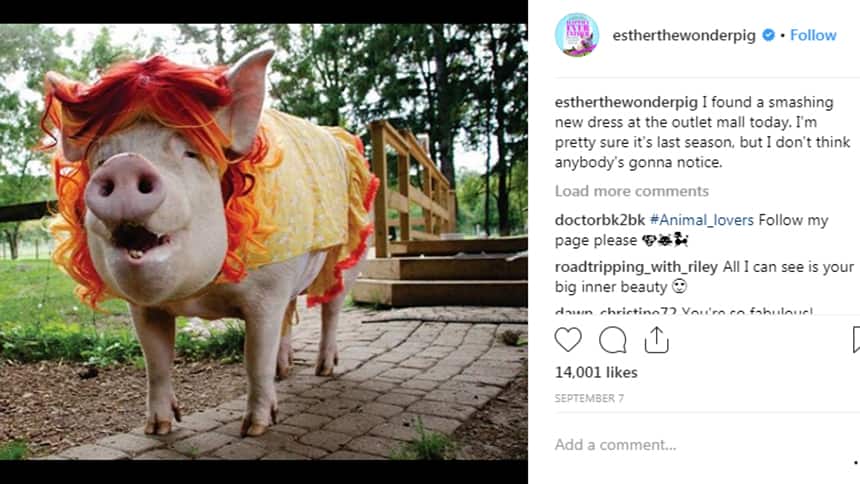 Esther in costume, and it's not even Halloween. (estherthewonderpig/Instagram)

How she beat cancer

A team at the Ontario Veterinary College in Guelph, Ont., performed a three-and-a-half-hour operation.

They removed several masses and lymph nodes on Aug. 28, and now she’s recovering at home. 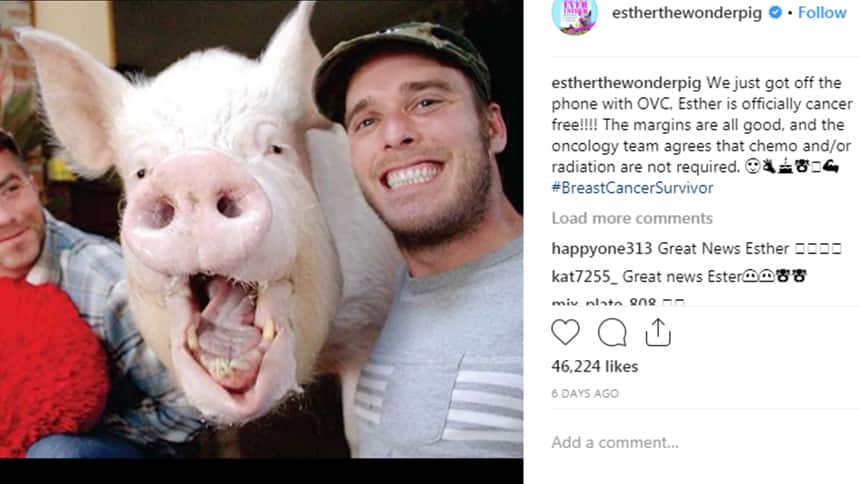 Esther's owners reacting to the news that their pig is cancer-free. (estherthewonderpig/Instagram)

How it all came together

The process wasn’t easy, because pigs aren’t usually operated on for cancer.

Before she was even diagnosed, Esther’s owners, Steve Jenkins and Derek Walter, raised $750,000 for a massive CT scanner (a machine that takes X-rays of the body), the first of its kind in Canada.

This one is unique, because it had to be big enough to hold an animal of her size, and it helped veterinarians figure out why she had been sick.

"We're super excited that we got the news that we did," said Jenkins. "It's been a roller coaster the last few weeks." 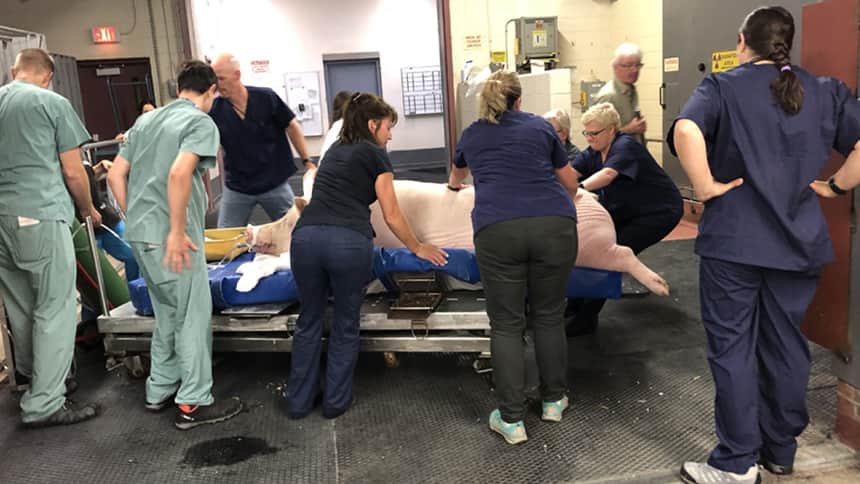 Esther was diagnosed with cancer in early August and operated on before the end of the month. (Submitted by Steven Jenkins) 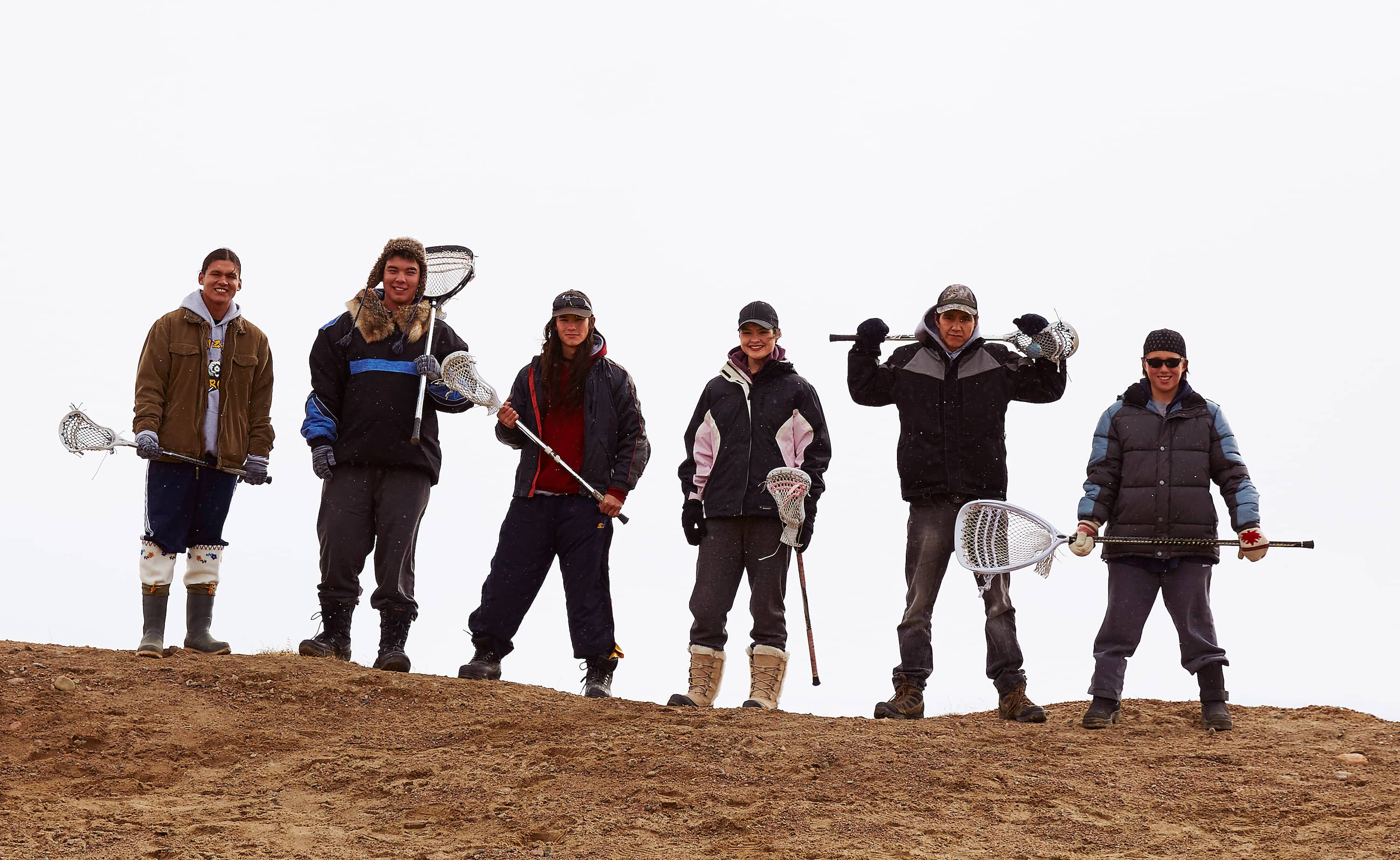 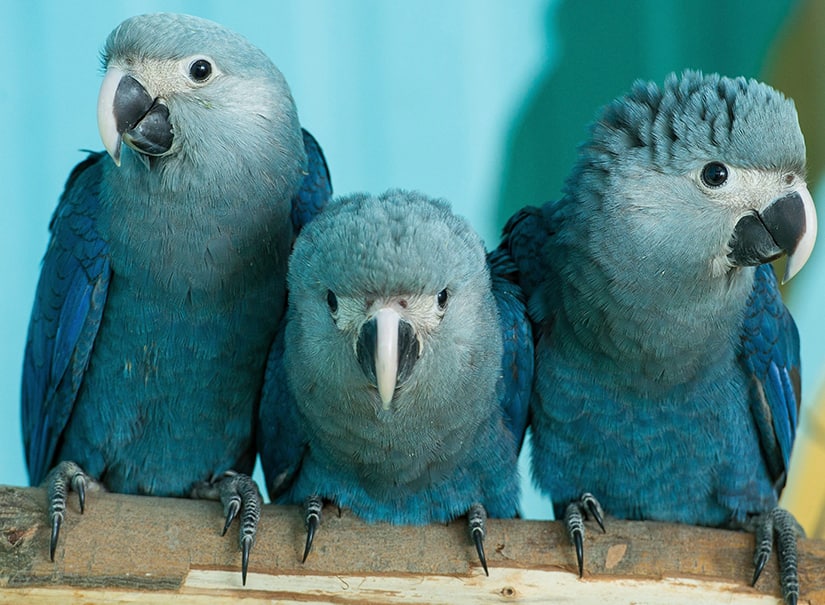