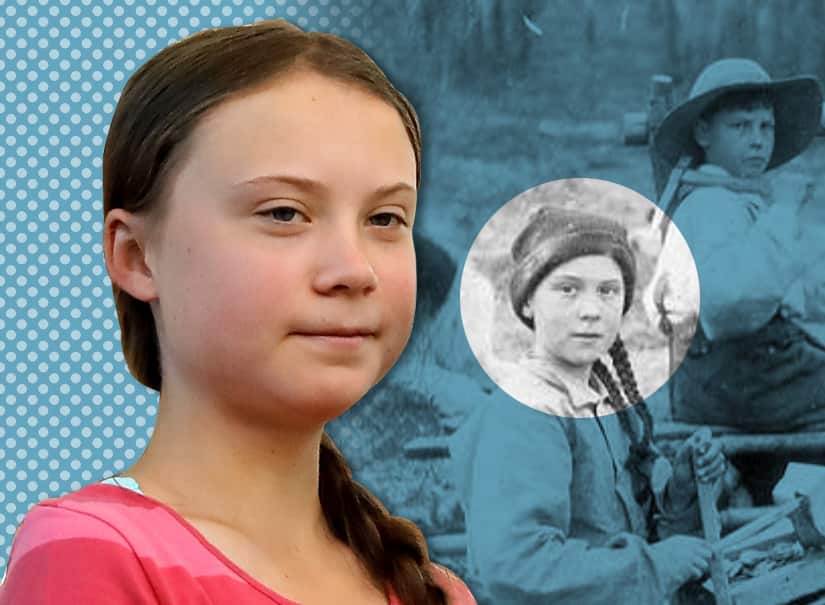 A vintage photo of kids working at a gold mine in Yukon has led to some funny Twitter chatter about Greta Thunberg knowing how to time travel. (Peter Foley/European Pressphoto Agency, University of Washington Libraries/Special Collections/Hegg 3209)

This just in: Greta Thunberg is not a time traveller

Look closely at this 121-year-old photo of three kids mining gold in Yukon and what do you see? 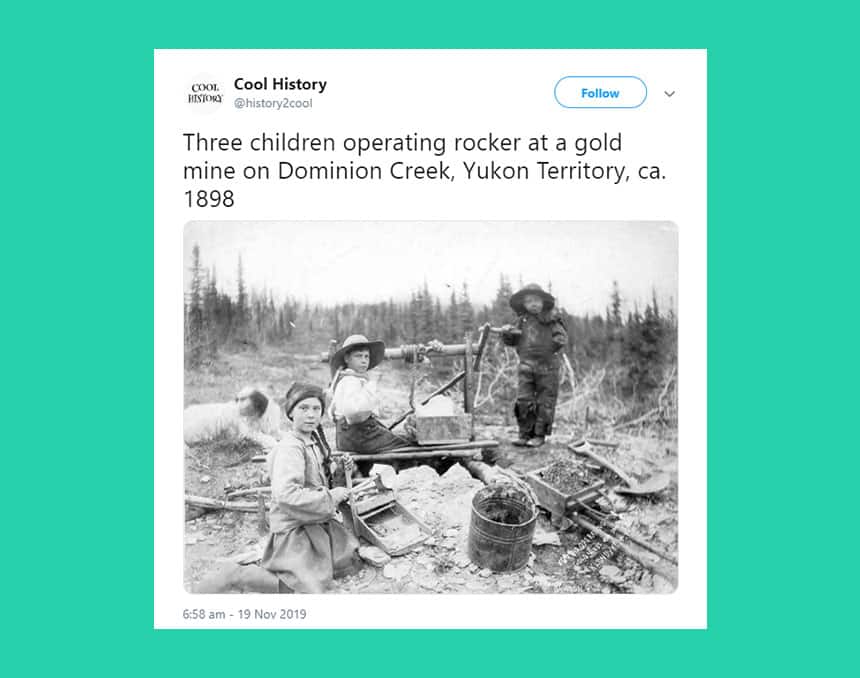 Wait a second, is that Greta Thunberg?

We hate to break it to you, but “that is not Greta Thunberg,” said James Stack, a reference librarian at the University of Washington, where the photo came from.

Stack said they have the negative and the original print in their collection, which is named after the photographer who took the image back in 1898, Eric A. Hegg.

The resemblance is all just a strange coincidence.

But that didn’t stop the time traveller theories from picking up steam on Twitter! 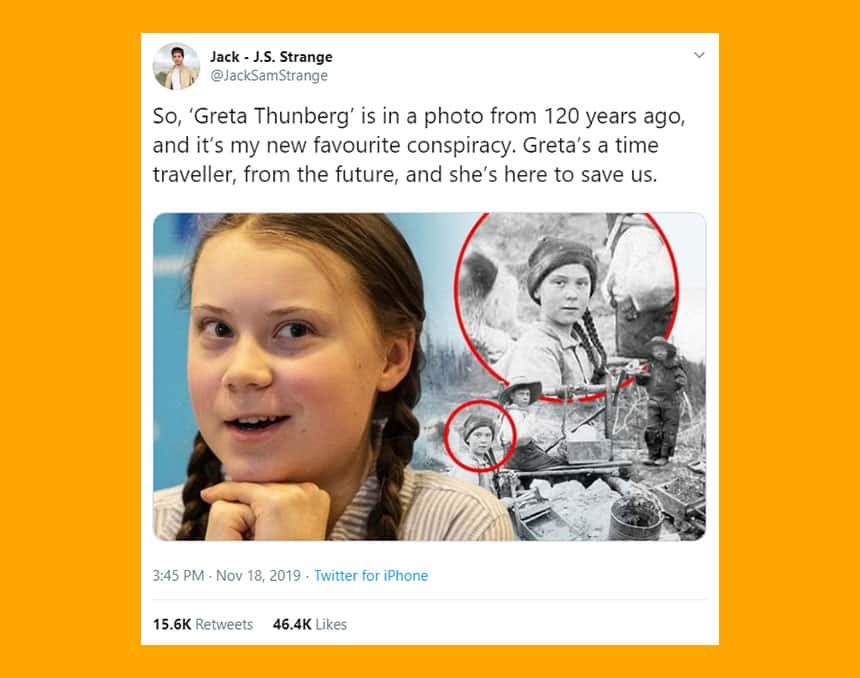 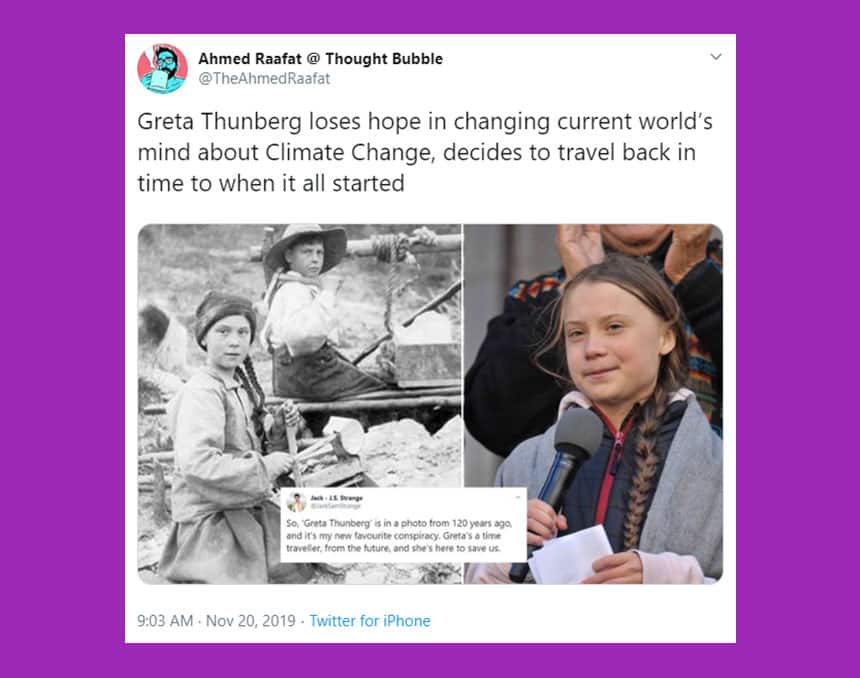 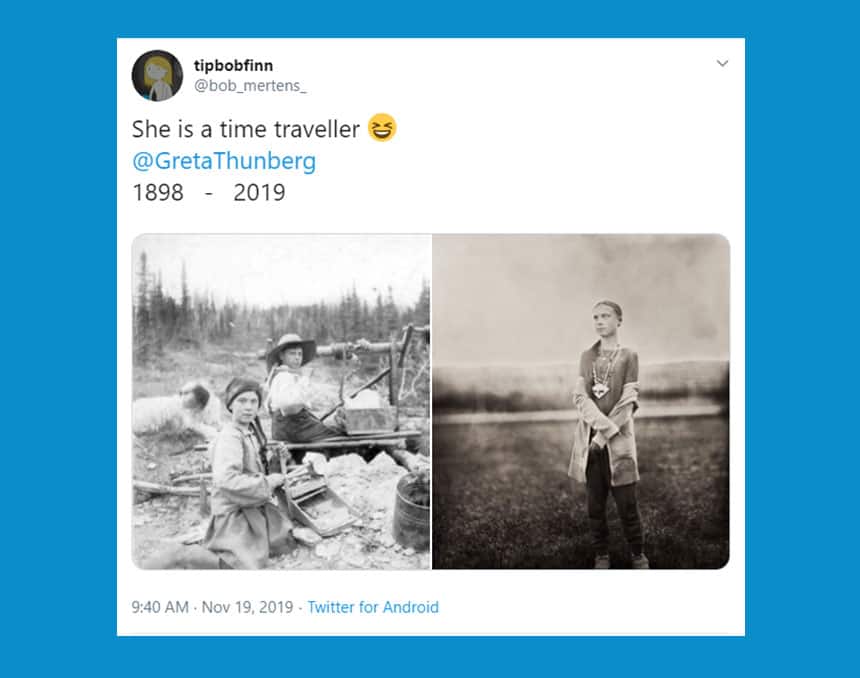 Stack — who said he answered the phone all morning on Thursday, fielding questions about the Greta look-alike — isn’t the only one who’s skeptical of the time traveller theory.

Some said if Greta was truly a time traveller, she wouldn’t bother going out of her way to find green modes of transportation in 2019.

The 16-year-old climate activist has made a point of travelling across the world in a sustainable way.

She’s currently hitching a ride from the U.S. to the UN Climate Change Conference in Spain on a sailboat operated by a couple of Australian YouTubers. 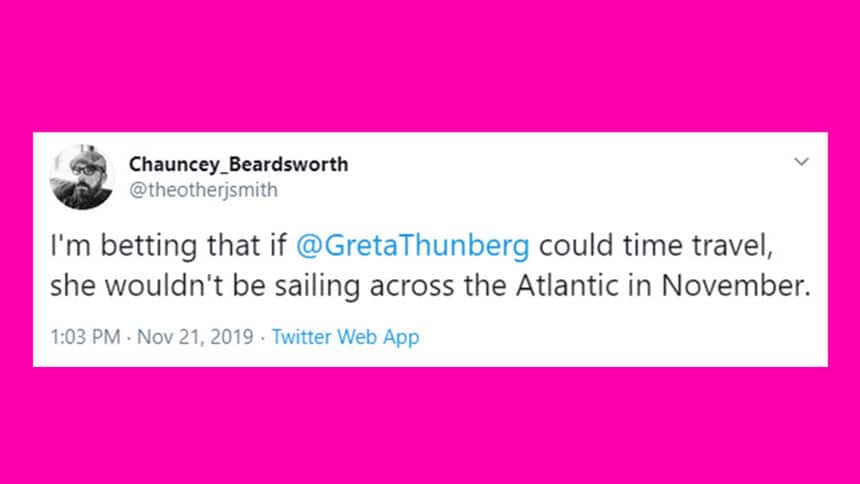 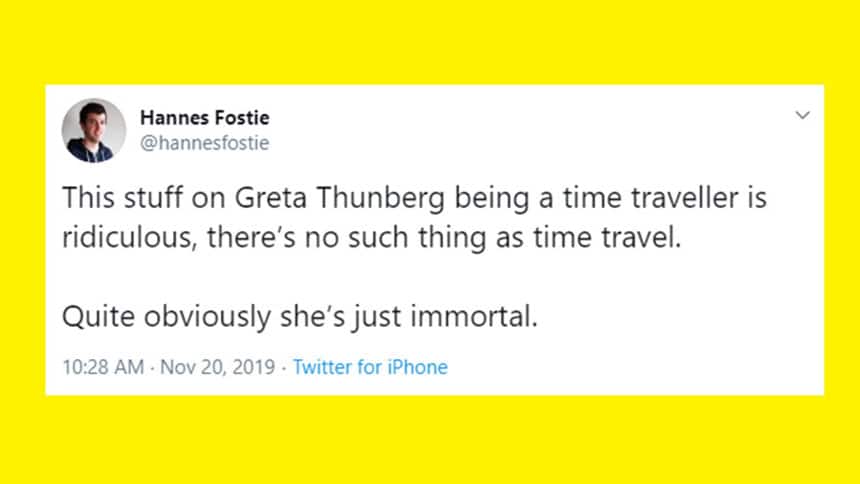 Some of the real keeners wanted to discuss the environmental impact of time travel technology. 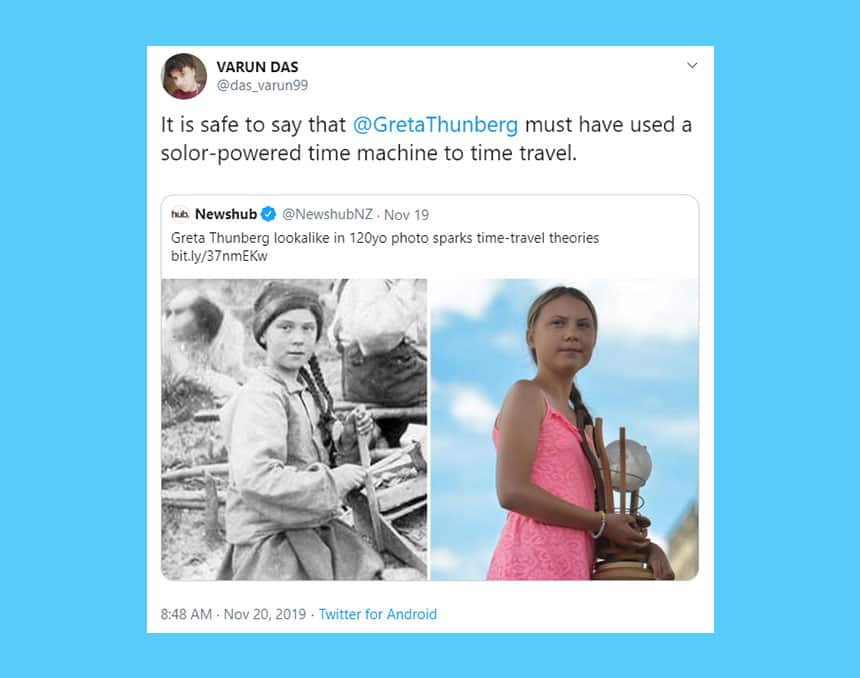 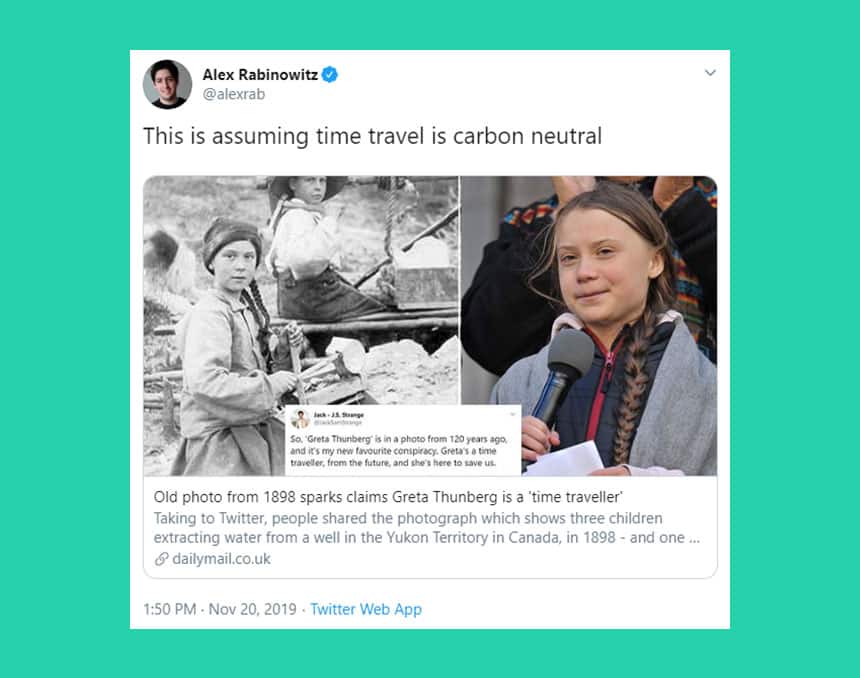 Apparently, this isn’t the first time a celebrity has discovered a doppelgӓnger from the past.

Doppelgӓnger is a German word for look-alike. 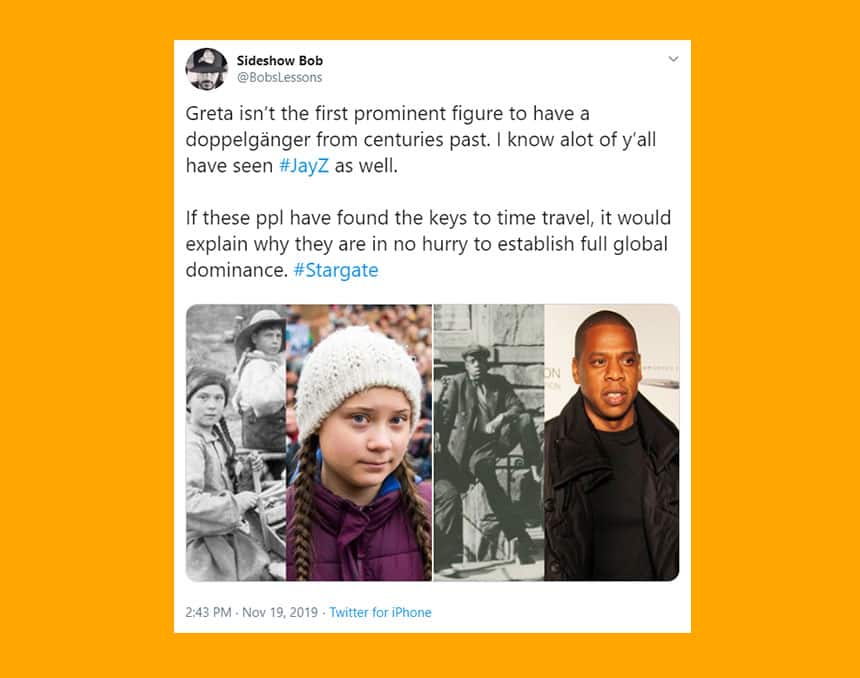 CBC Kids News reached out to Greta to see what she thought of the doppelgӓnger theory.

We haven’t heard back yet.

But Fridays For Future International, the group that helps organize school strikes worldwide, did respond.

The girl in the old picture “really looks like Greta,” said the authors of the email, Bengt and Lena, but there are “so many people all over the world” who have look-alikes.

Why shouldn't Greta have “one or several” look-alikes, too?

That said, Bengt and Lena wrote that Greta and the Fridays for Future volunteers believe it is important to listen to science.

“As far as we know there is no scientific evidence for the existence of so-called time travellers,” they said.