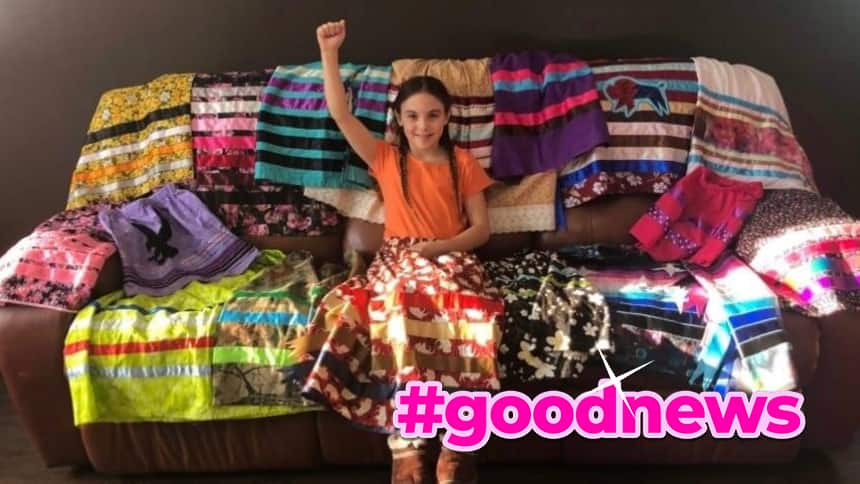 This girl ignited a new awareness and pride for ribbon skirts

Skirts are traditional for many Indigenous nations

A 10-year-old girl started a social movement after an assistant at her school in Kamsack, Saskatchewan, criticized her ribbon skirt.

Isabella Kulak is a member of the Cote First Nation and proudly wore her ribbon skirt to school for “formal day” in December. 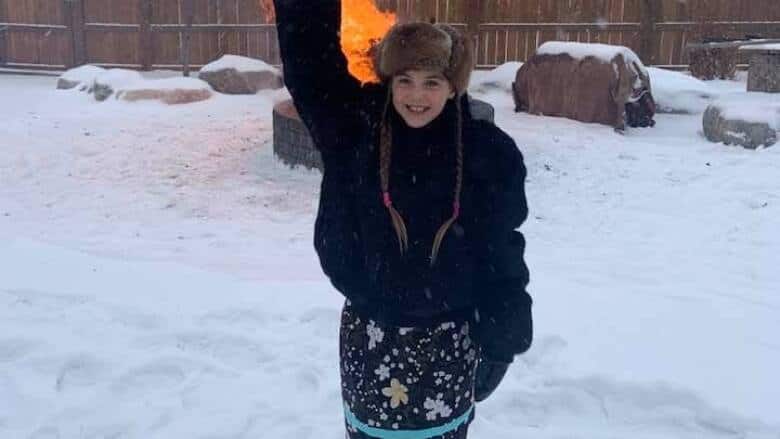 Isabella Kulak was very proud of the ribbon skirt her aunt had made for her. (Image credit: Judy Pelly/Facebook)

“It's black with lots of white flowers and a blue, green and black ribbon on it,” Isabella told CBC News.

“I like that my Auntie Sarah made it for me and it fits me really well.”

The ribbon skirt is a traditional piece of clothing across many Indigenous nations.

It represents strength for Indigenous women.

Ribbon skirts and the work that goes into making them are considered sacred. 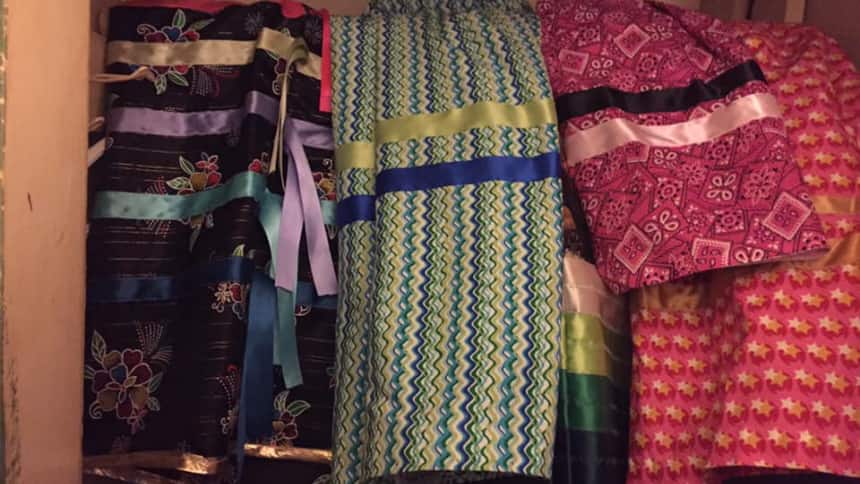 Indigenous men wear their own versions as ribbon shirts.

When Isabella arrived at school, however, an educational assistant told her that her outfit was mismatched.

The assistant also suggested she wear something similar to a store-bought dress another classmate was wearing.

Isabella’s family could see she was upset and posted about what happened on Facebook.

An outpouring of support began as others shared photos and videos of themselves in their own ribbon skirts or shirts. 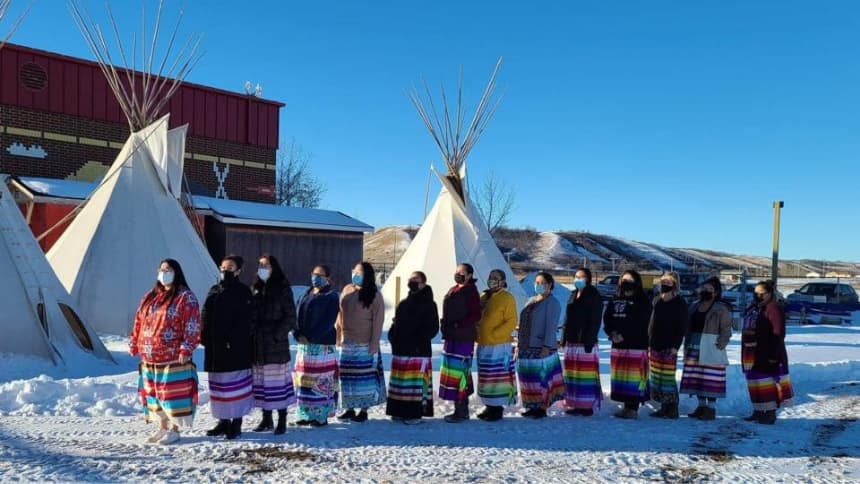 An RCMP officer who used to work in the town sent Isabella money from Germany.

Isabella even got some celebrity attention over social media.

A community comes together

When Isabella returned to school after the holidays, an entire community showed up with her.

Chiefs from different First Nations in the surrounding area joined her, while a drum group performed.

Many people arrived wearing ribbon skirts and shirts to share their pride with Isabella. 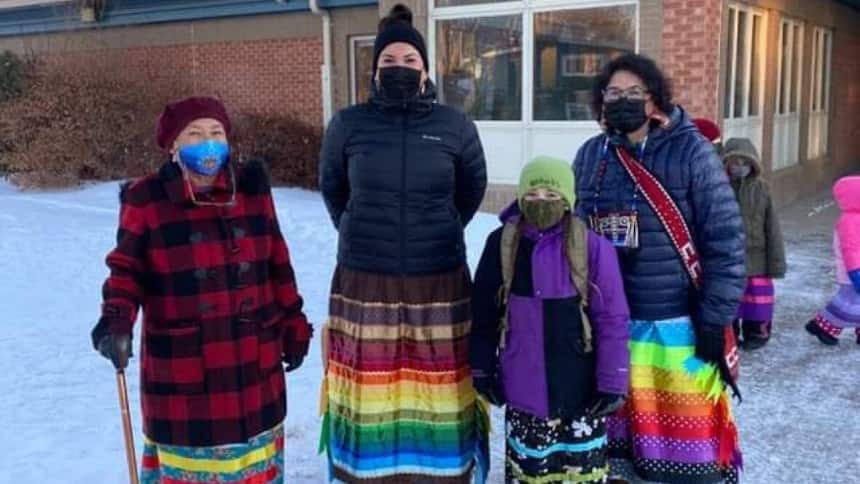 Isabella, third from left, was marched into school with a parade of other proud Indigenous women wearing their ribbon skirts. (Image submitted by Eunice Ketchemonia-Cote)

It made Isabella happy to see her cousins, kokums (the Saulteaux word for grandmother) and friends come to support her.

While she may not have been prepared for the amount of attention she’s receiving, it’s been empowering for her.

“She realizes that she has a powerful voice even though she doesn't feel so big and mighty," her father, Chris Kulak, told CBC News.

With files from Samanda Brace, Theresa Kliem and Janani Whitfield 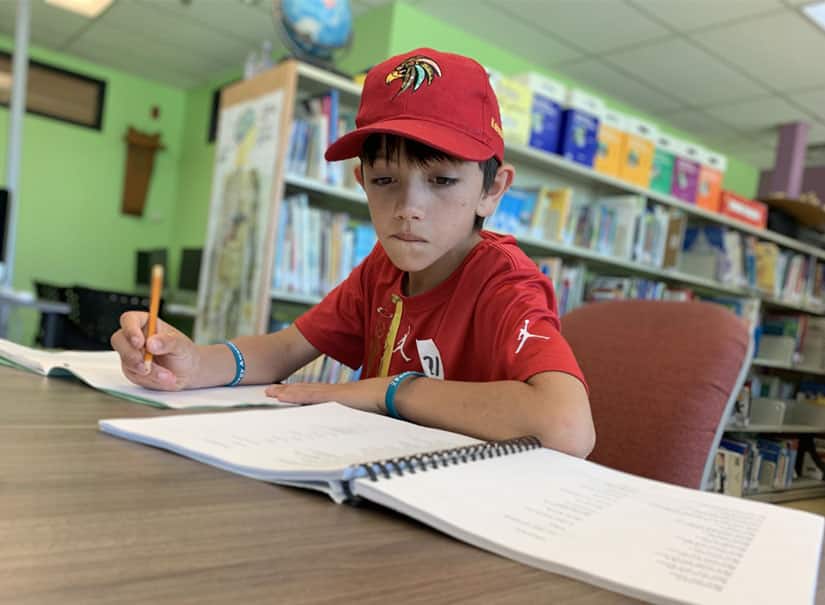