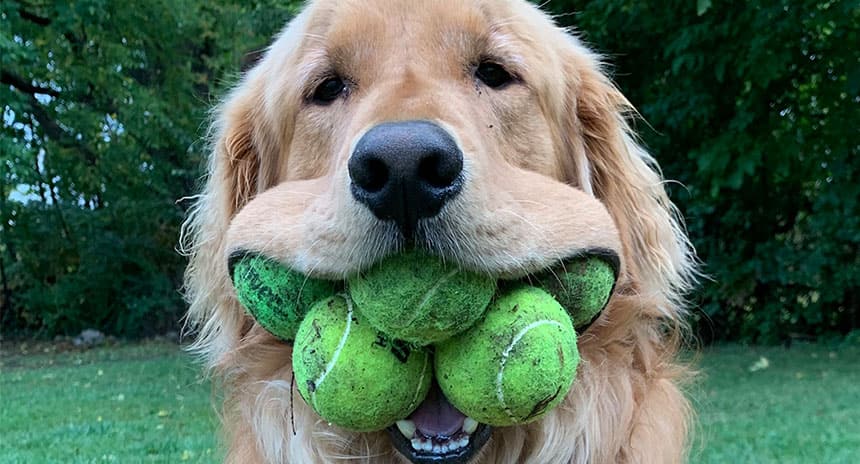 Finley holds the world record, and he doesn’t want to let go

Most golden retrievers like to play fetch, but a dog named Finley took the concept to a whole other level — and now he has a Guinness World Record to prove it.

Finley, who lives with his owner in Canandaigua, N.Y., has been awarded the record for most tennis balls held in the mouth by a dog. 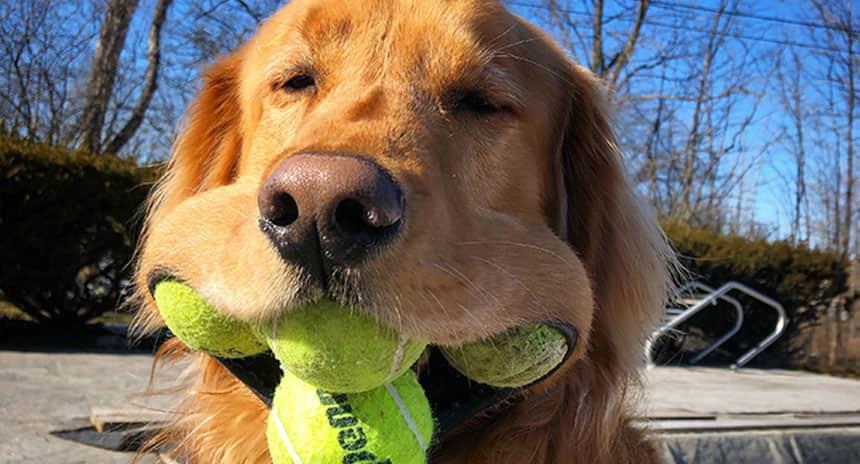 So… what’s the record?

Finley can hold six tennis balls in his mouth at the same time!

According to the Guinness website, the record was confirmed on Feb. 23.

The previous record was five tennis balls, set by another golden retriever, named Augie, in 2003.

How did this even happen?

According to his owner, Erin Molloy, Finley would play fetch but never bring the ball back. He’d just wait for another to be thrown!

Then, at two years old, Finley started carrying balls in his mouth — beginning with four at a time.

But it takes a long time to set an official Guinness World Record, so Finley had to sit and stay.

Meanwhile, his owner needed to gather the evidence.

Molloy had to fill out applications, take tons of photos and videos and even have neighbours sign witness statements before Guinness could verify the record and officially enter it in their books. 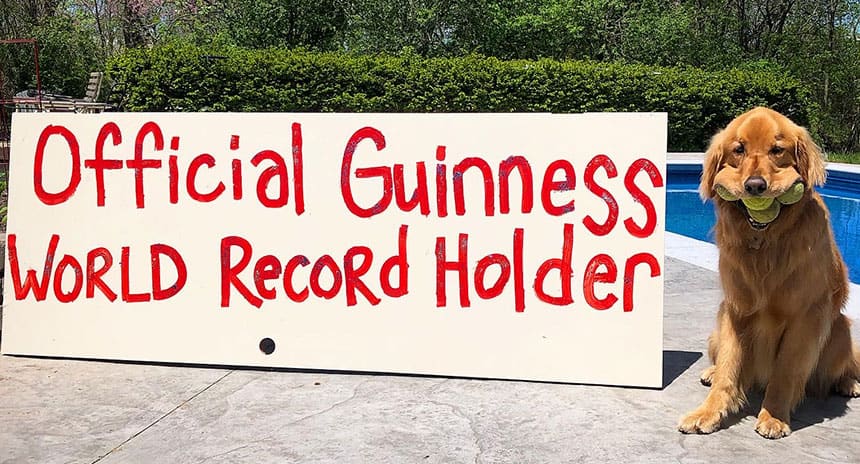 Molloy made Finley his own Instagram account and the pooch now has thousands of fans and followers.

There are also posts of Finley playing in the snow, jumping in lakes, wearing different costumes and chewing whatever else he can find. Clearly he’s a busy boy. 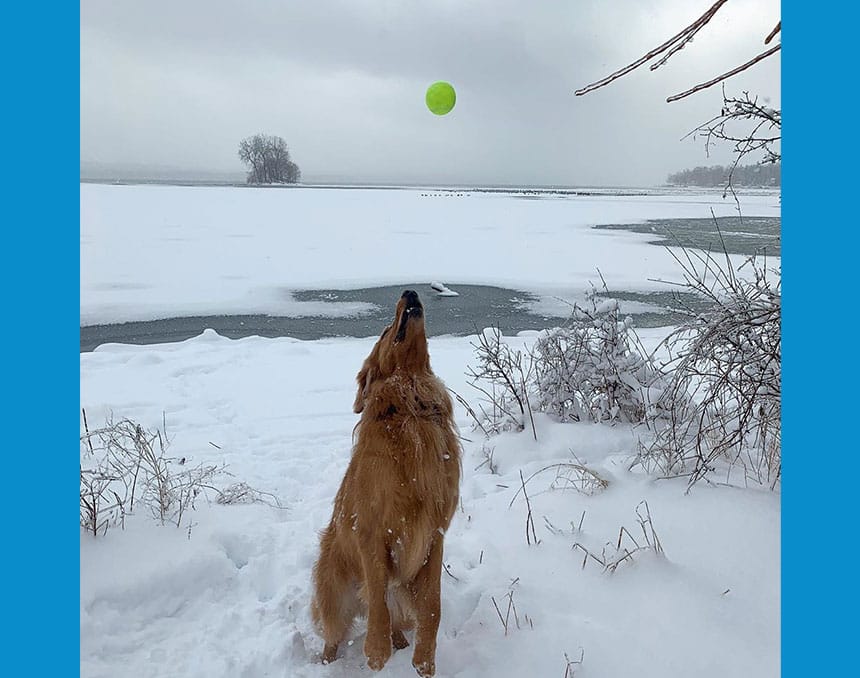 It was recently Finley’s sixth birthday: How did his owner celebrate?

By throwing her pup a socially-distanced party with all his neighbours.

Even better, she got Finley a canine birthday cake, customized with tennis ball designs. 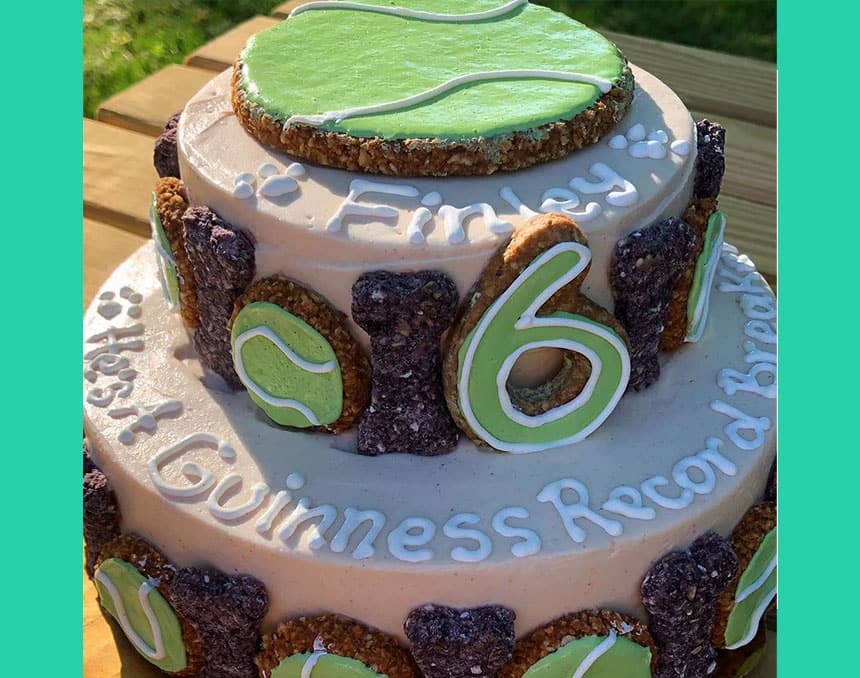 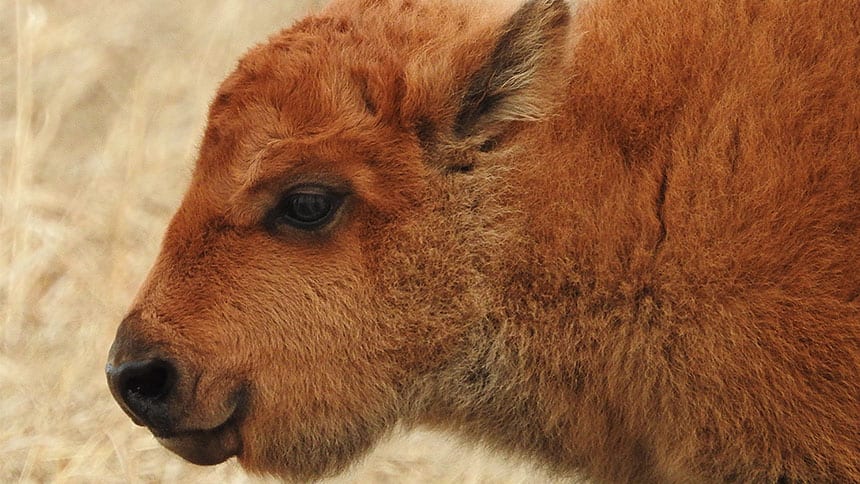 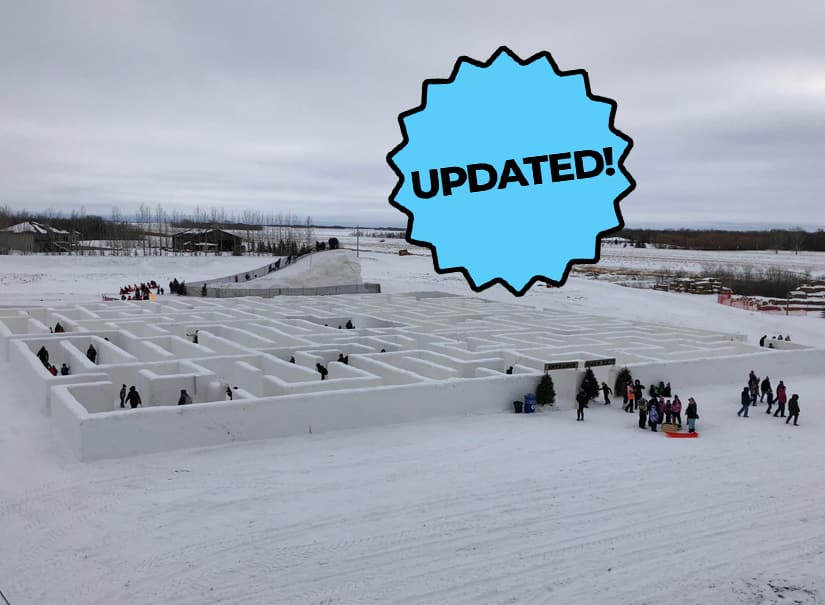