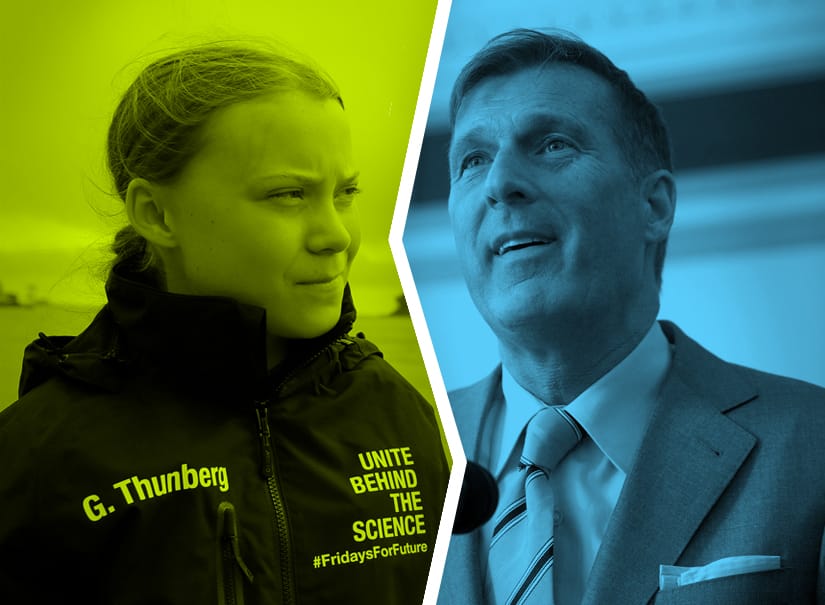 Greta Thunberg, left, who recently sailed across the Atlantic Ocean to reduce her carbon emissions, has been heavily criticized by Maxime Bernier, leader of the People’s Party of Canada. (Kristy Wigglesworth/AFP/Getty Images, Chris Young/The Canadian Press)

Why this Canadian politician threw shade on Greta Thunberg

A man who hopes to one day be the prime minister of Canada has spoken out against Greta Thunberg, and he isn’t holding back.

In a series of eight tweets this week, Maxime Bernier called her mentally unstable and said she is being manipulated — or used — by environmentalists to advance their message. 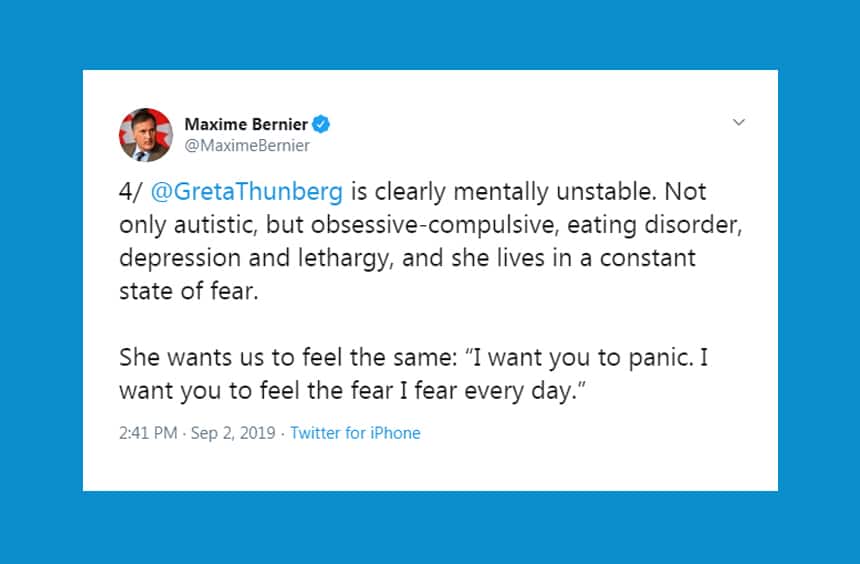 Greta is no stranger to criticism.

In fact, just a few days before Bernier went on his Twitter storm, she spoke out about “haters” and how having Aspergers gave her a superpower. 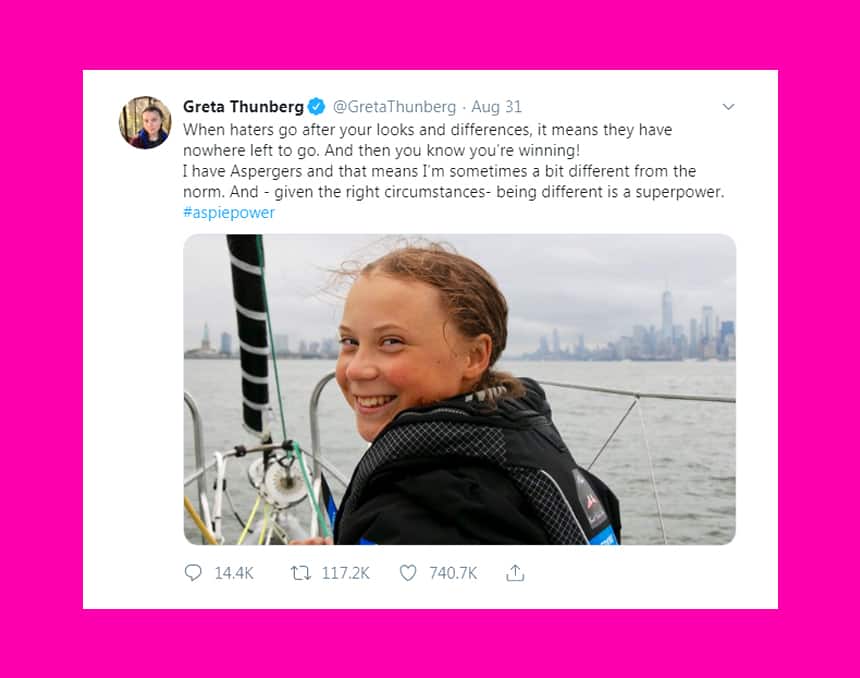 The 16-year-old Swedish climate activist has been accused before of not having her own ideas and of being used to push the climate agenda.

She firmly denounced that in an interview with The Guardian newspaper in June.

“Why shouldn’t I be able to form my own opinions and try to change people’s minds?” she asked.

Some have accused Bernier of cyberbullying the teen.

Gary Mason, a columnist for The Globe and Mail newspaper, said it’s OK for the politician to not agree with her, but that attacking her online is just mean.

It’s something that U.S. President Donald Trump does, but that doesn’t make it right.

“In Canada, we're not used to this kind of attack on a young woman,” Mason told CBC Kids News.

He worries that these kind of messages could become more common. 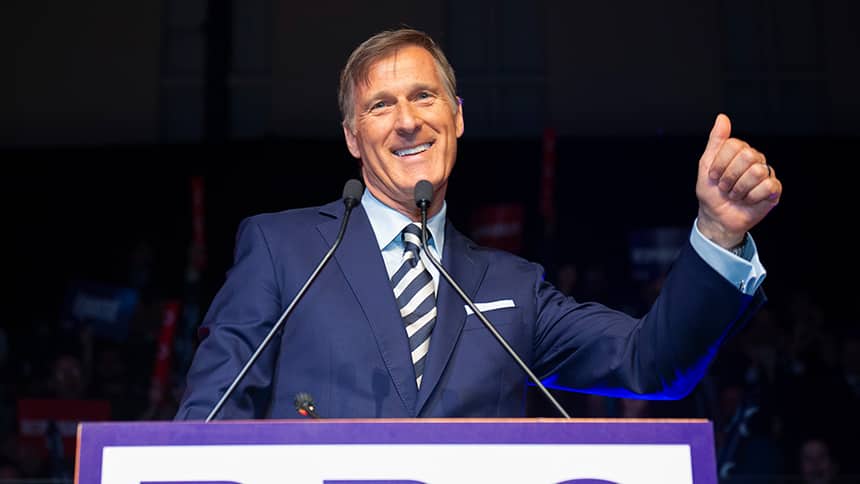 Bernier launched his election campaign in August. He is currently an independent member of Parliament. (Jacques Boissinot/The Canadian Press)

“People are going to think, Well, Maxime Bernier can treat people that way on Twitter or Facebook or wherever, then I guess it's OK for me to do it too,” Mason said.

Bernier said people feel like they can’t attack Greta because she’s a teen, but because she’s taking such a public stand, she’s opened herself up to criticism. 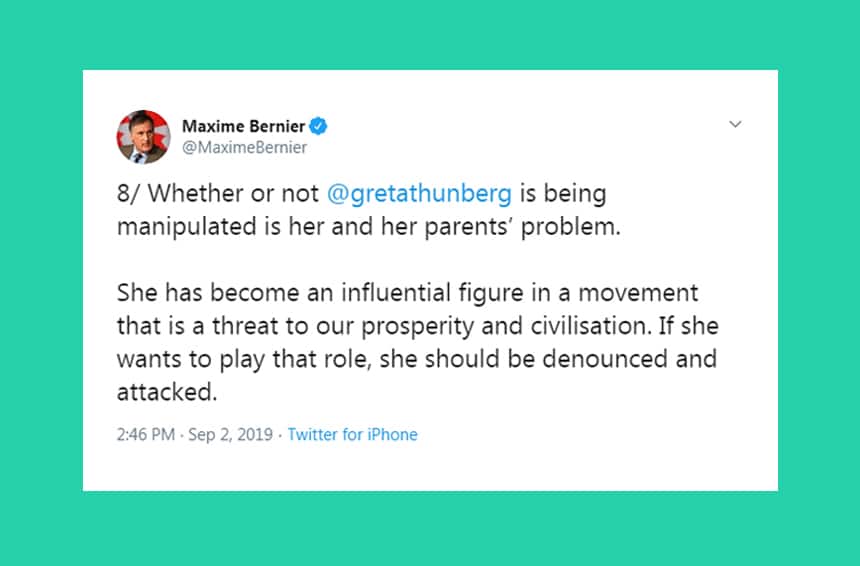 Mason disagreed with his approach, however.

“I think you can have a difference of opinion,” Mason said, but that Bernier went too far. “It was just mean, petty, vindictive, hurtful. It's like calling people names.”

Greta has inspired millions of kids around the world to take action on climate change.

Last month, she took a sailboat from England to New York rather than fly in order to reduce her carbon emissions. so as not to have a big environmental impact.

She’s been nominated for the Nobel Peace Prize for her work as an activist, and is on the cover of the October issue of British GQ magazine. 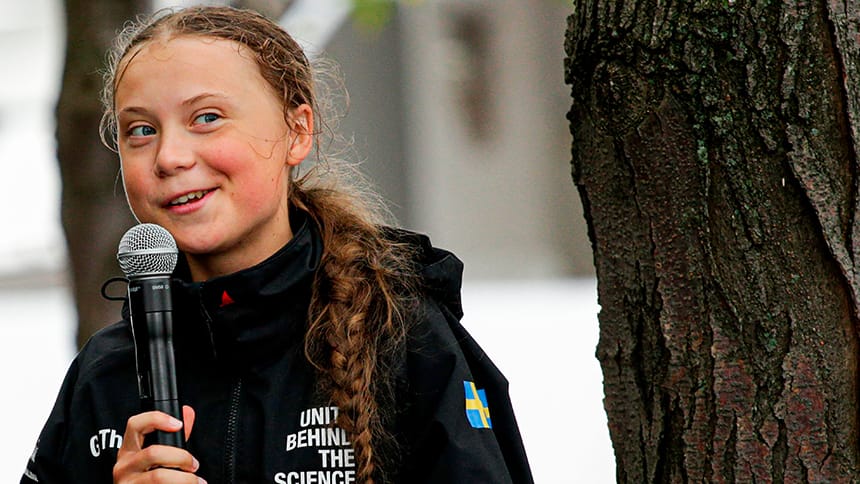 Greta speaks at the end of her 15-day journey crossing the Atlantic on Aug. 28 in New York, N.Y. (Kena Betancur /AFP/Getty Images)

In an interview with a Quebec radio station on Tuesday, Bernier said climate change is a natural phenomenon and that factors other than just humans are responsible.

However, a majority of scientists blame humans for the Earth’s warming over the past 70 years.

Bernier said kids are being negatively affected by Greta's messages because they are skipping school and developing anxiety.

CBC Kids News reached out to Bernier for comment, but he was not available.