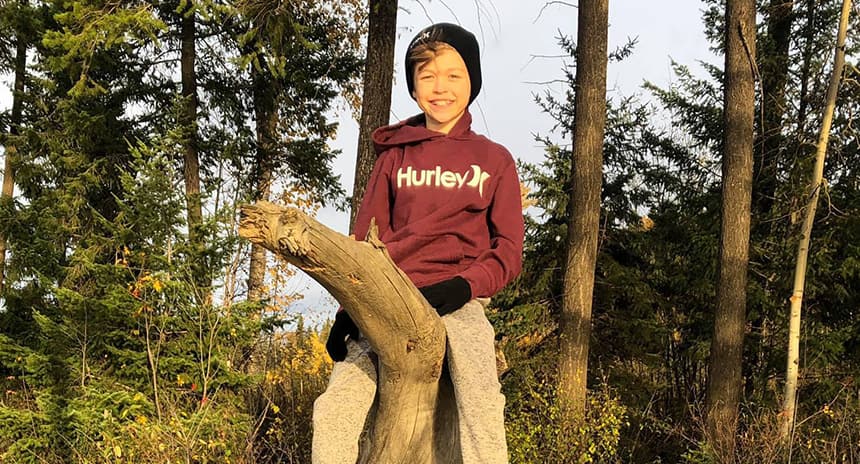 Finnley Goddard, who lives in Prince George, B.C., helped his mom, dad and brother escape from their family truck after it crashed and ended up on its side. (Image submitted by Kristi Goddard)

Not every 11-year-old can say they’ve helped rescue their family after a car crash — but Finnley Goddard can.

The sixth grader from Prince George, B.C., is being praised for helping save his parents and brother after their truck crashed last week.

It happened on Oct. 24, when the Goddard family’s vehicle rolled off a highway, near Hixon, B.C., and ended up on its side while his father Blake was driving. The truck’s passenger side wound up pressed against the ground. 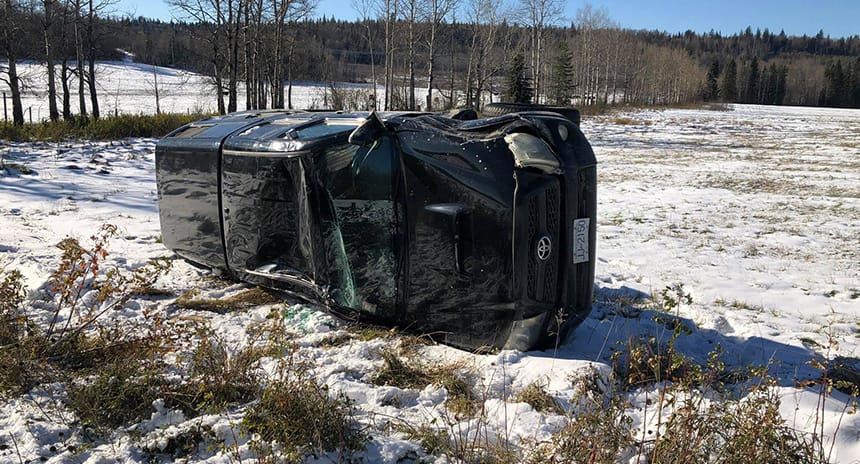 Blake Goddard was making a turn during icy conditions when the Goddard family’s truck rolled over and ended up on its side. (Image submitted by Kristi Goddard)

Finnley’s parents weren’t able to get out of the truck because the driver door had been damaged, and they couldn’t turn around to see if their kids were safe.

Instead of panicking, Finnley kept his cool.

First he helped his 8-year-old brother get unbuckled, which allowed the pair to climb out the rear driver-side door.

Then he used all his strength to lift open the driver door and help his parents escape.

“I didn't want anyone to get hurt, so I stayed calm,” Finnley said in an interview with CBC's Radio West.

The Goddards continue to recover from the crash, which left them with several bruises and sore necks.

Meanwhile, Finnley is being praised by his classmates and teachers for his heroic actions.

With files from CBC British Columbia