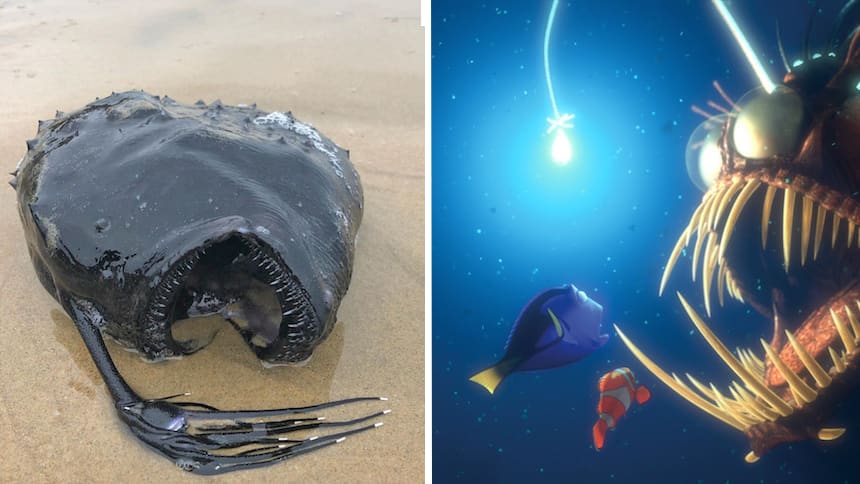 An angler fish, which made a creepy cameo in the movie Finding Nemo, recently washed ashore on the beach of a California state park. (Image credit: crystalcovestatepark/Instagram, Pixar Animation Studios)

This creepy fish found washed up in California is dropping jaws

Angler fish normally lives 1,000 m or more below the surface

Love long walks on the beach?

One California beachgoer may be rethinking their answer to that question.

On the morning of May 7, a deep sea fish was found washed ashore in Crystal Cove State Park in Newport Beach, California, raising questions about how it got there.

To date, more than 200 types of angler fish have been found around the world.

Female anglers have a long stock on their head with a bioluminescent tip that they use to create light in the pitch-black depths of the ocean.

It helps to lure in prey and swallow them whole.

Bioluminescence is when a living organism, like a firefly, can create light from its body through internal chemical reactions. 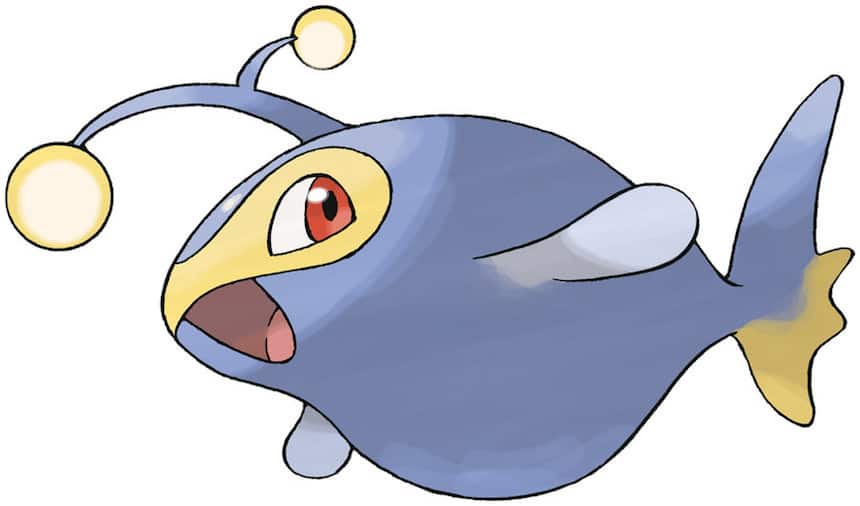 The Pokemon Lanturn was modelled after the angler fish, minus the creepy factor. Like the angler, it has a bioluminescent overhead bulb that it uses to light up the deep seas. (Image credit: The Pokemon Company)

They also have pointy, transparent, glass-like teeth, and can swallow creatures the same size as their entire body in one big gulp.

Females can grow up to 60 centimetres, but males only grow up to 2.5 centimetres long.  Their sole purpose is to mate with females.

Why are people excited about this?

First, some were just excited to recognize the washed-up creature from the movie Finding Nemo, where an angler fish nearly swallowed up the character Dory. 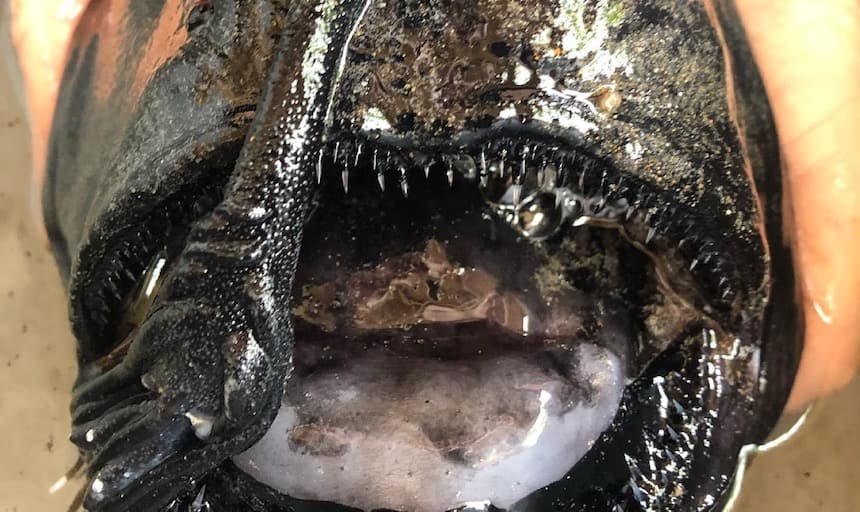 Angler fish are known for their bioluminescence and their ability to swallow their prey whole. (Image credit: crystalcovestatepark/Instagram)

But mostly, people are just wondering how the fish got there in the first place.

Spotting an angler fish is incredibly rare, and this specimen would have had to float hundreds of metres to the surface after dying without being eaten.

Officials from Crystal Cove State Park say it’s still unknown how the fish got there, but the next step is for scientists to look into it.

The specimen is expected to be used for future research.

Opinions about the fish on social media are about as vast as the ocean.

Some are like, get that thing away from me.

Others are reminding us that beauty is only skin-deep.

And then there are those who think the corpse is a sign from the deep below.

Our advice? Try not to think too ‘deep’ about it. But if you do, make sure to bring a bioluminescent tentacle.

CORRECTION: On May 13 we published that angler fish live 1,000 km deep in the ocean. That was incorrect. We updated the article on May 14.