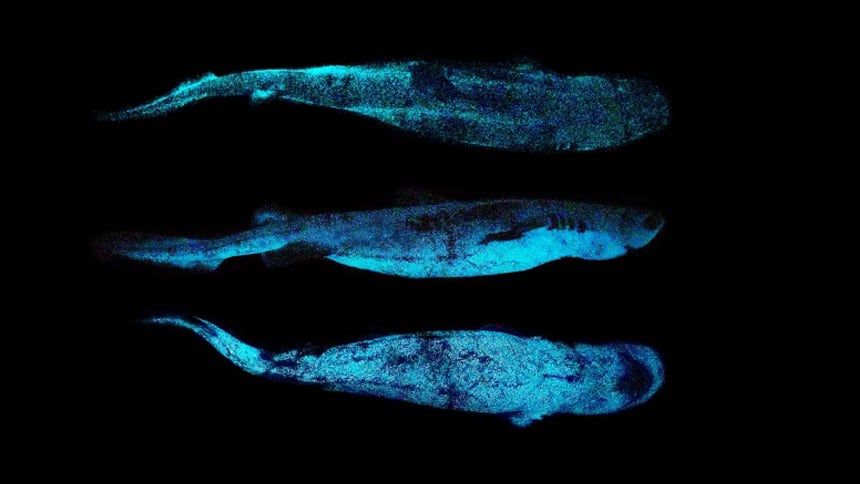 These are the first ever photos of the kitefin shark, which has the special ability to glow in the dark. (Image credit: Jérôme Mallefet/FNRS/UCLouvain Belgium)

If you’re afraid of sharks creeping up on you in the water, we now know that at least one kind may be easier to spot.

For the first time, scientists have captured photos of a shark that glows in the dark depths of the ocean.

The study, published by scientists at the National Institute of Water and Atmospheric Research in New Zealand and Catholic University of Louvain in Belgium, explains how a shark called the kitefin shark glows using something called bioluminescence.

The shark was photographed off the east coast of New Zealand.

Bioluminescence is when a living organism, such as a firefly, has the special ability to make light through chemical reactions in its body. 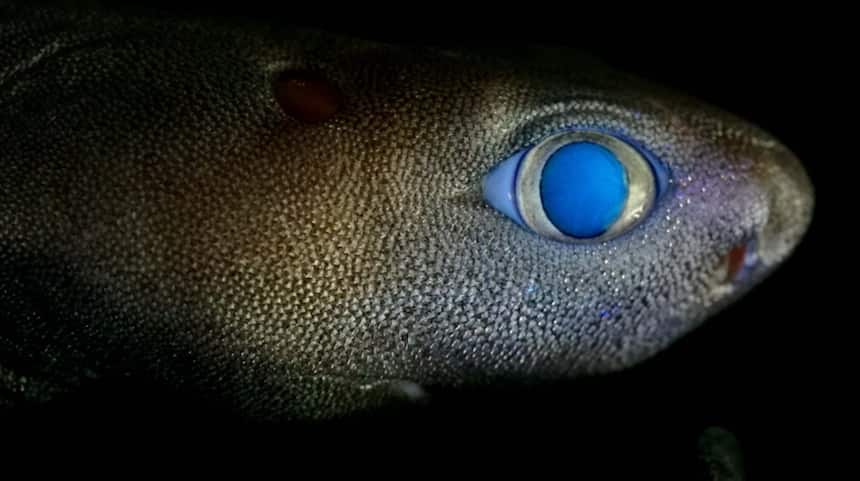 It was already believed that the kitefin shark was bioluminescent, but because they can live as deep as a kilometre under water, they’ve been super difficult to spot.

Kitefin sharks are the slowest swimming sharks in the world, but have the special ability to glow.

Scientists in the study have a few theories.

Although these sharks swim deep in the ocean, there is still a faint glow from the surface above.

Scientists think that they could glow as a way to blend into this faint light and protect themselves from predators beneath them. 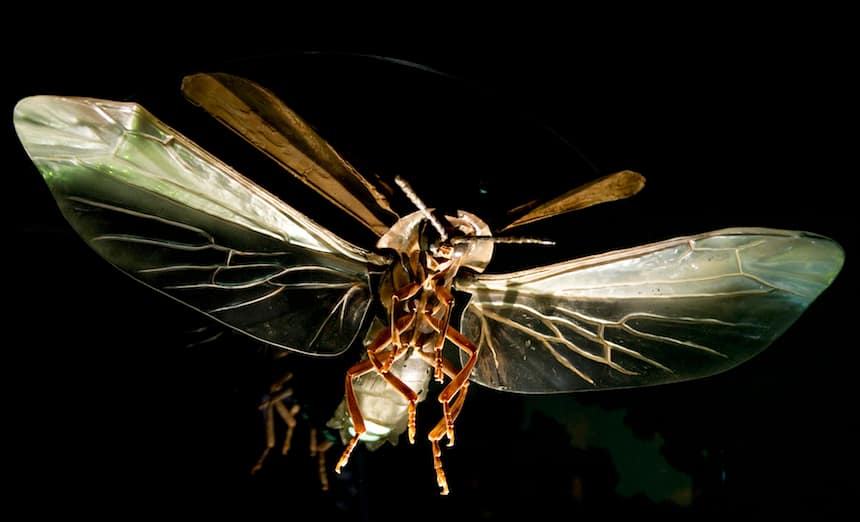 Like kitefin sharks, fireflies use bioluminescence to glow in the dark. (Image credit: Don Emmert/Getty Images)

When these predators look up, ordinary fish might create a dark silhouette against the surface light, but kitefin sharks would appear invisible.

Scientists say that the glow could also be used to light up the ocean floor to find prey, or as a special type of camouflage used in hunting.

Further research will try to better understand what exactly the glow is used for.