‘The youth have risen!’ Climate strikers storm the streets

We join kid protestors in Toronto as 1.6 million students around the world tell grown-ups to clean up their mess

“As Greta Thunberg said, we have not come here to beg politicians for change,” yelled Sophia Mathur, 11, from a podium in front of Queen’s Park, the Ontario legislature. 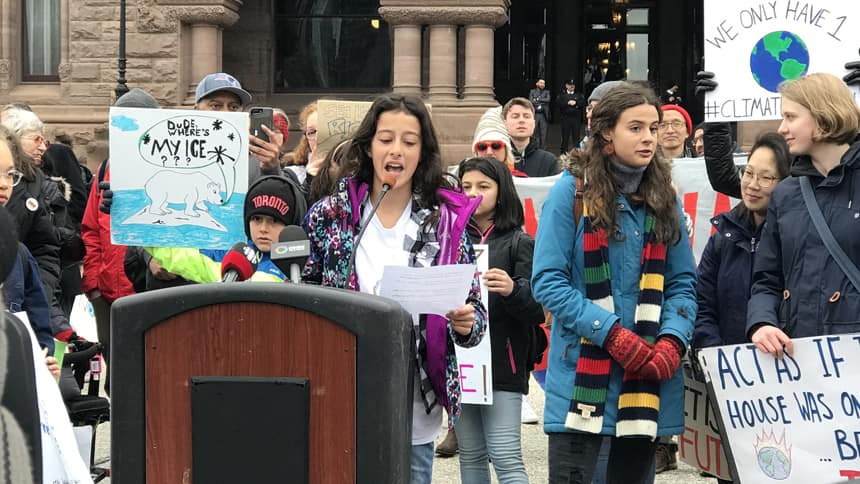 Sophia Mathur, 11, speaking in front of Queen’s Park in Toronto during a global student climate strike on March 15. (Joshua Ostroff/CBC)

Hundreds of student protesters in the Toronto crowd on this chilly Friday, March 15, cheered in return.

Similar scenes played out across Canada and around the world. 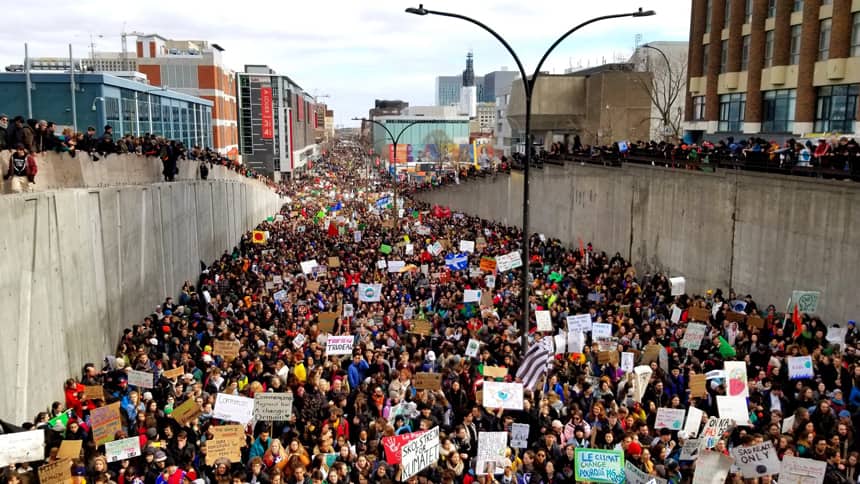 An estimated 150,000 climate strikers demonstrated in Montreal on March 15. (Greenpeace/Twitter)

An estimated 1.6 million kids in more than 120 countries joined the latest, and largest, Fridays for Future climate strike.

This mass movement was inspired by a single girl — Greta Thunberg, recently nominated for the Nobel Peace Prize.

The 16-year-old from Sweden began her strike last August, refusing to attend school on Fridays if grown-ups refused to do more to address climate change. 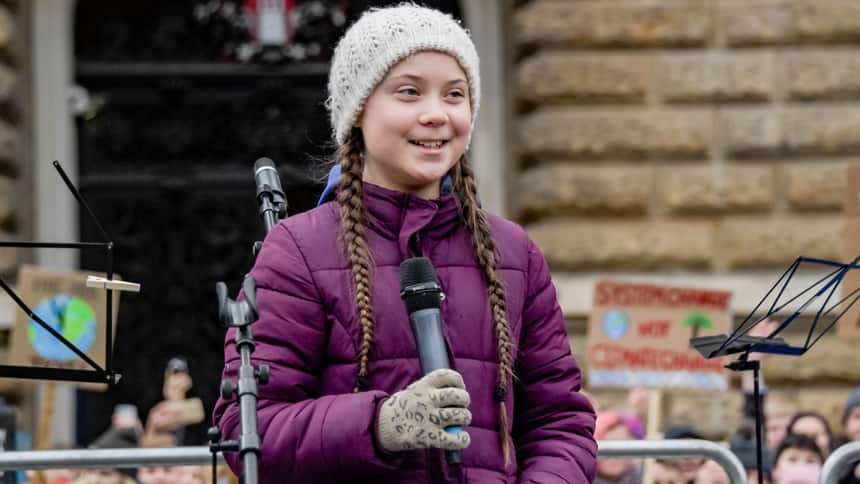 Greta Thunberg, the 16-year-old Swede who started the climate-strike movement last summer, speaking at a protest in Hamburg, Germany on March 1. (Axel Heimken/Getty)

Thunberg was soon joined by thousands of other kids sharing her concerns after her YouTube videos went viral, including speeches she made in front of world leaders. 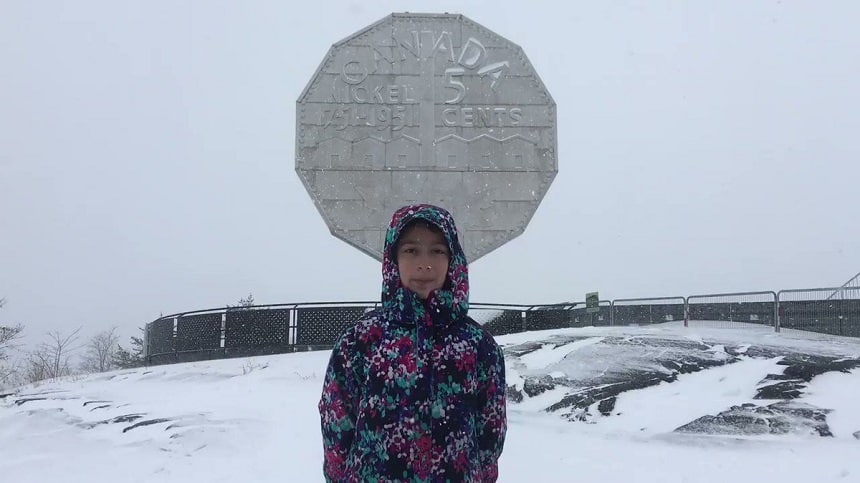 “When I heard what Greta said, it empowered me because she just has all the perfect words,” said Mathur at the Fridays for Future GTA prep session before the March 15 protest.

“She said adults weren't doing enough for climate change. So I decided we need to do something.”

She even got in the news for issuing late slips to Ontario Premier Doug Ford and his environment minister because “they’re late on climate action.” 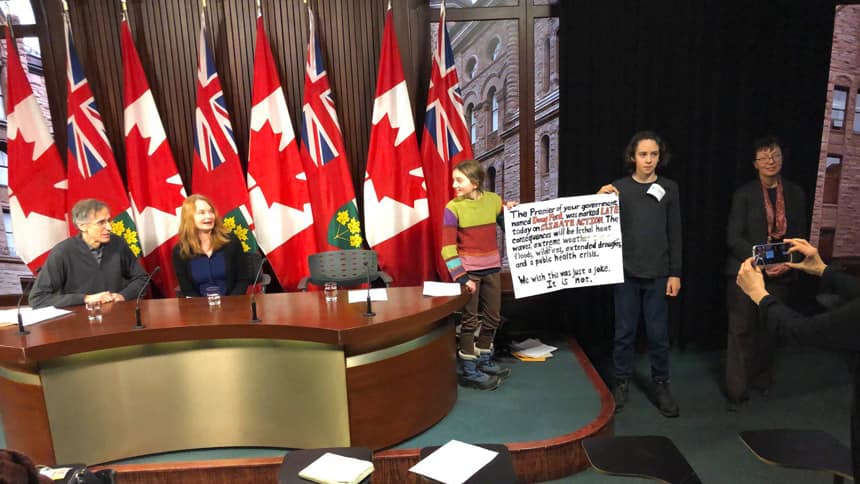 “It's important that kids take the lead because we can't vote,” Keary-Matzner said. “The grown-ups are deciding the future for us, which is not fair.”

These kids say they’re fed up with adult indifference, and don’t buy the economic argument for lack of action.

“A lot of people are like, 'What about the people in the oil industry and [other] industries?” said Serafina Bennett, nine. “Well, it doesn’t really matter what job you have if you’re dead.” 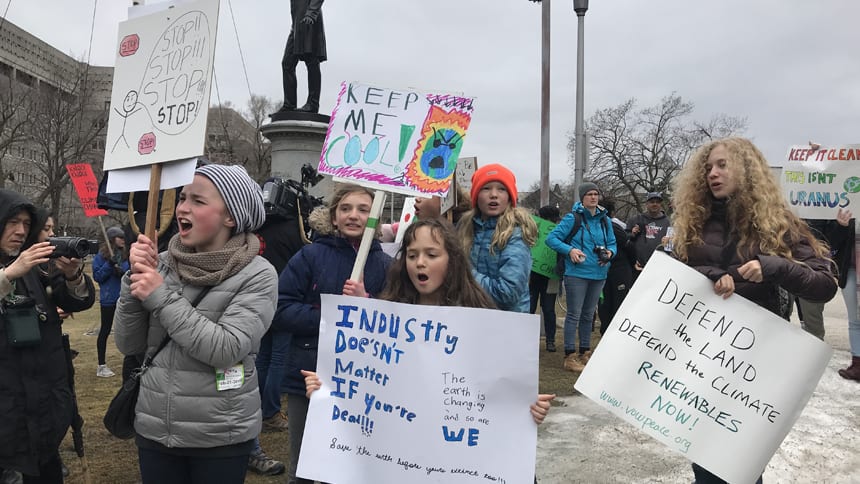 Back at the protest, Mathur ended her speech with a crowd chant, summing up how a million climate-striking kids have responded to this crisis.

A national climate strike in Canada is planned for May 3, and a second global strike on May 24.