For a group of arts students at St. Brother André Catholic High School in Markham, Ont., it was just supposed to be a screening of the new Disney film Aladdin.

The kids felt a sense of pride, given that the star of the film, Mena Massoud, graduated from their school.

But it turned into a much bigger deal when the actor who plays Aladdin showed up on Friday morning.

“I was really surprised,” said Sumaiya Shariff, 16. “It was really exciting, just because he graduated from our school.” 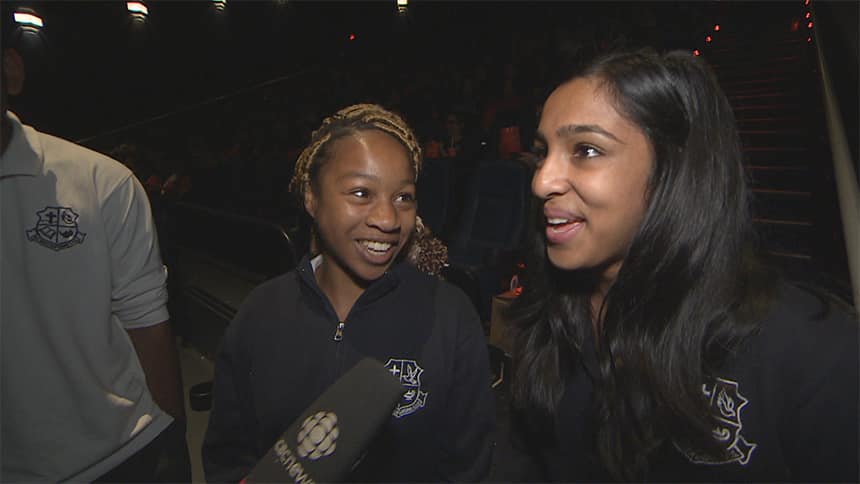 Ayanna Pinder, left, and Sumaiya Shariff, right, are in Grade 11 at St. Brother André Catholic School in Markham, Ont., and were at a special screening of the new Disney film Aladdin. (CBC)

Massoud, 27, took a few minutes to address the crowd.

“I wanted to stop by quick before you guys watch the film,” he said.

“I was told growing up that the arts were just a hobby, that I couldn’t do it as a career,” he said. 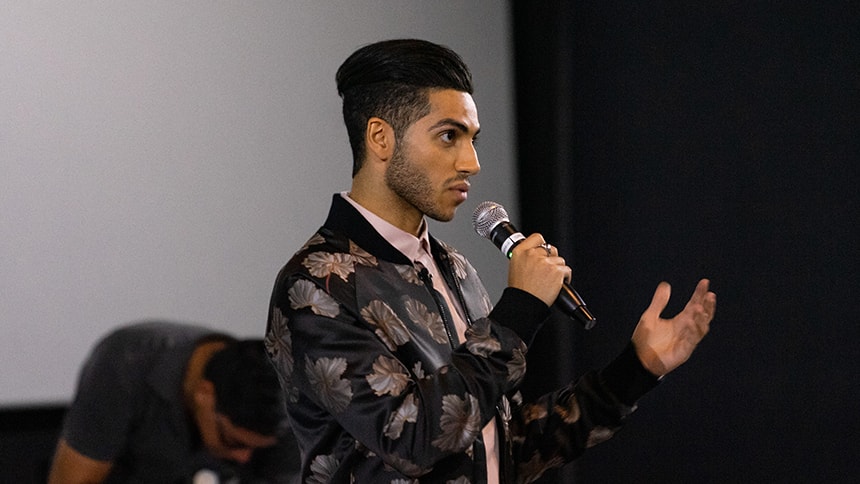 Massoud initially went into medicine and then changed his mind.

“And then I decided I was going to follow my dreams and become an actor,” he said.

Massoud got choked up as he was speaking and paused for a moment to hold back tears.

The students cheered him on.

“Don’t ever let anyone tell you that you cannot do it because you can,” he said.

“It really teaches us that anything can happen, as long as you put your mind to it,” said the 16-year-old. 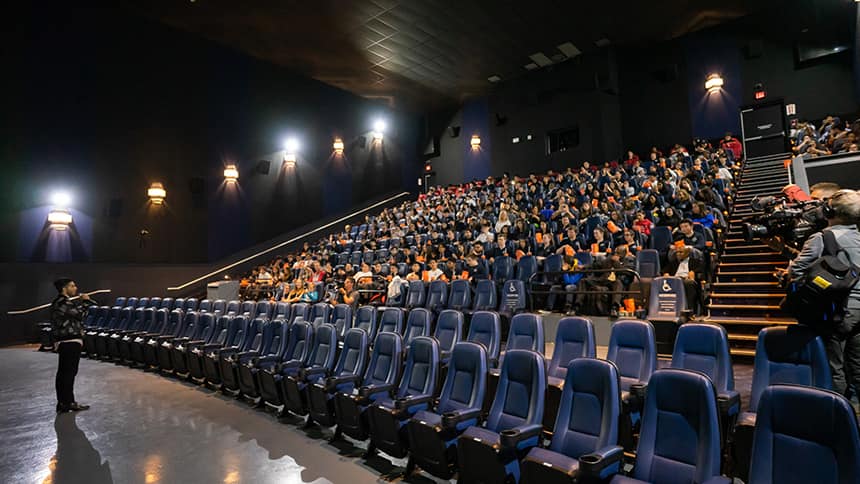 After Massoud spoke, he threw some keychains to the screaming crowd and left. Then they watched the movie.

Sumaiya and Ayanna both said they were big Aladdin fans growing up, and they were excited about the remake.

“It represents my culture a lot, which is really awesome. Jasmine was definitely my favourite princess,” Sumaiya said. 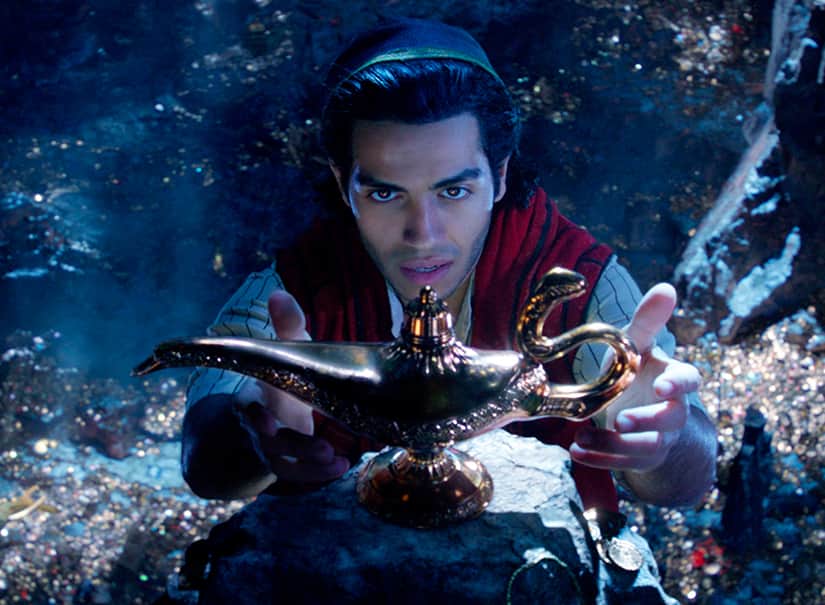 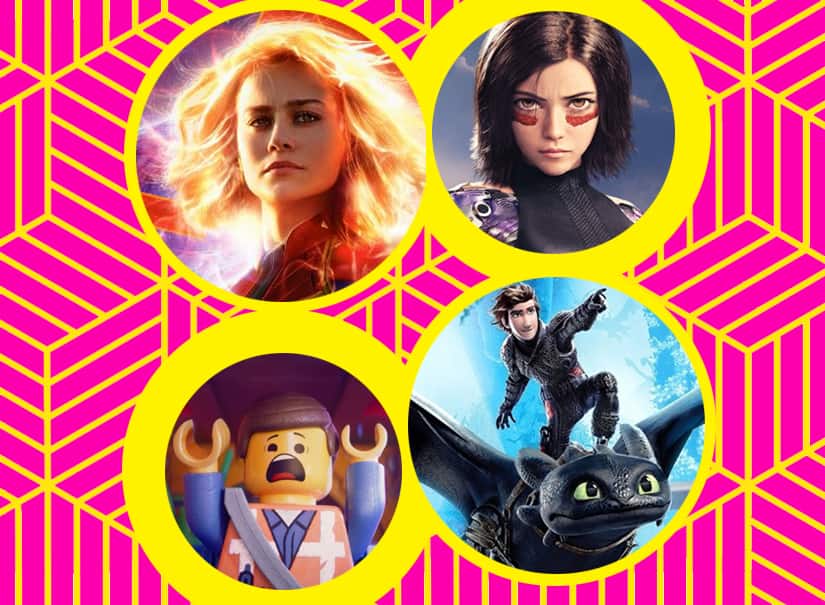