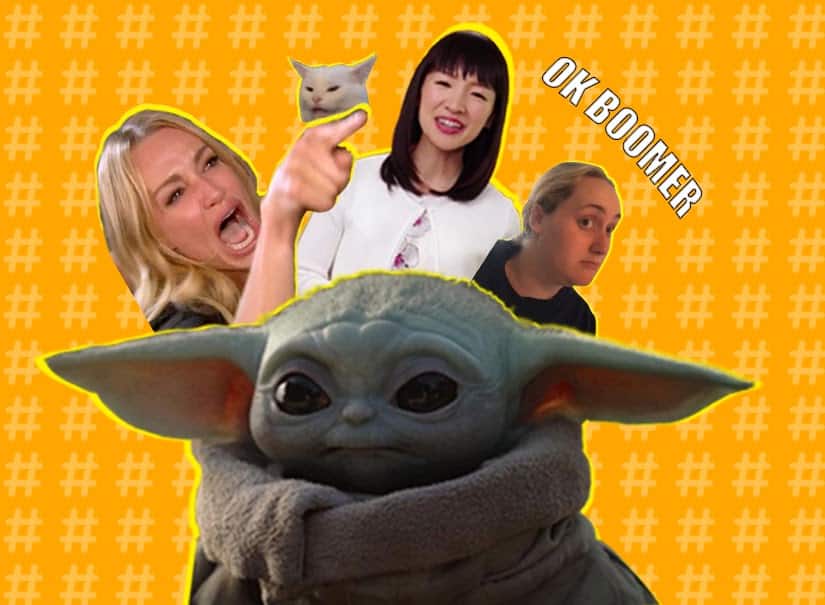 From Baby Yoda to ‘And I oop,’ this year’s memes were on point

If not, then OK boomer, it’s time to rise and shine and smell the kombucha. Because there’s a lot to unpack.

It all started with a boom. Or — more precisely — a crack. 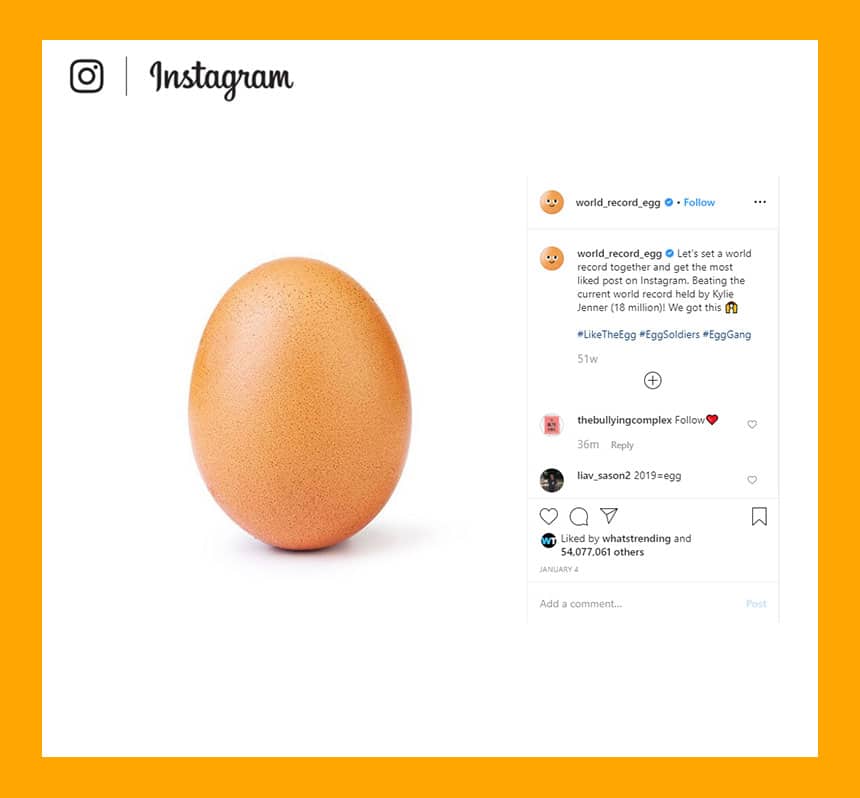 On Jan. 4, 2019, an Instagram account called world_record_egg posted a photo of a brown egg and set out a challenge to the internet at large.

“Let’s set a world record together and get the most liked post on Instagram,” the account’s creator wrote.

Users then started referring to the egg as “Eugene” and Photoshopping it to have various pop-culture figures “hatching” from the shell, among other shenanigans. 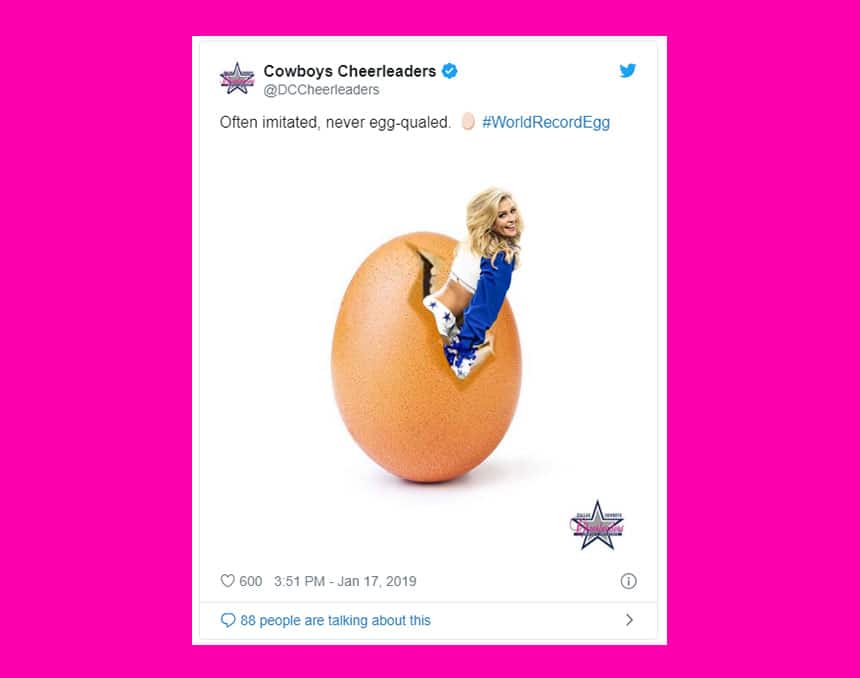 But mostly, people just wanted to know who was behind the account.

About a month later, when it was finally revealed to be a British man named Chris Godfrey, the internet could finally move on to other things. Like the Marie Kondo meme.

'Does it spark joy?' 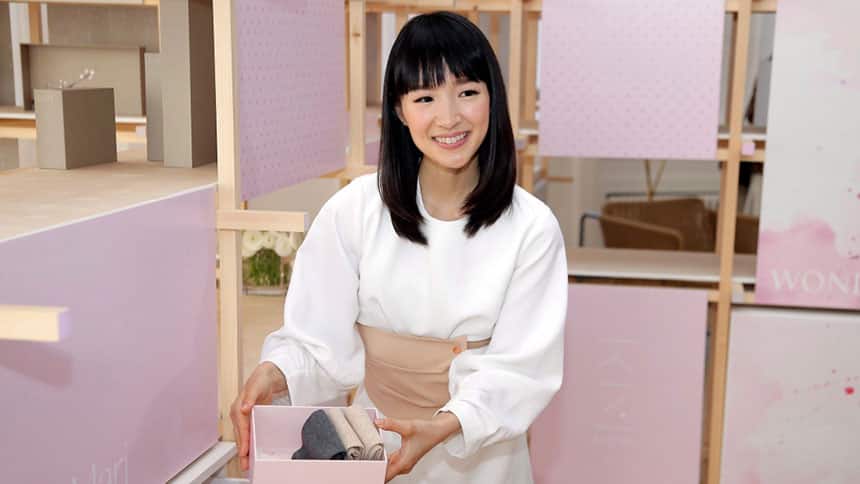 Over the next few months, the internet became more interested in asking one ground-breaking question: Does it spark joy?

The question comes from the Netflix series Tidying Up with Marie Kondo, where Kondo preaches that if something isn’t bringing you joy, you should chuck it.

Then, in the true spirit of meme culture, users took it out of the context of one’s living room and applied it to, well, basically anything you’d want eliminated. 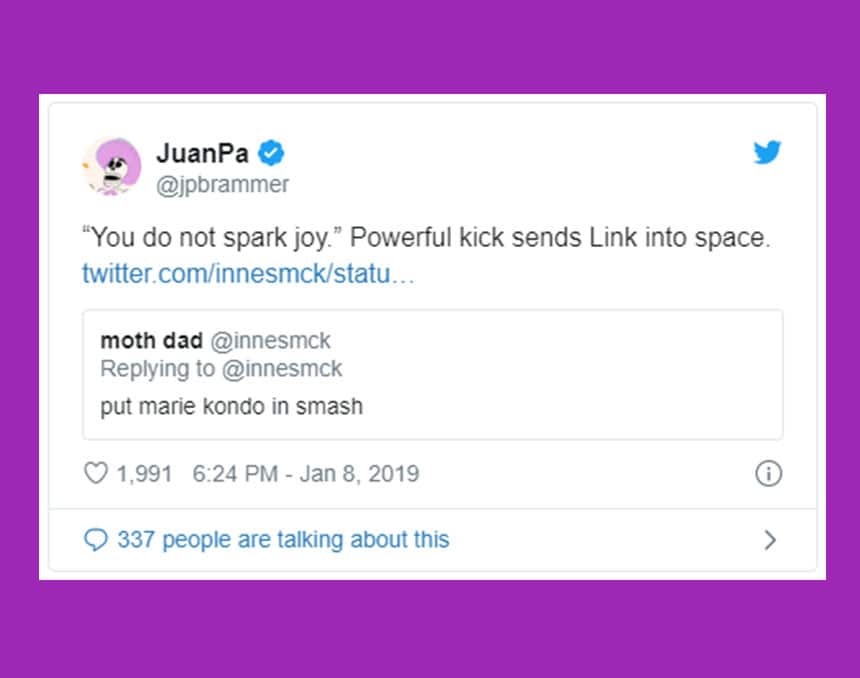 Woman yelling at a cat

Back in 2011, an episode of The Real Housewives of Beverly Hills featured a dramatic scene with a woman (Taylor Armstrong) yelling at other cast members.

Then in 2018, a photo of a white, curmudgeonly feline surfaced on Tumblr.

Cut to 2019, when a Twitter user made the two worlds collide. 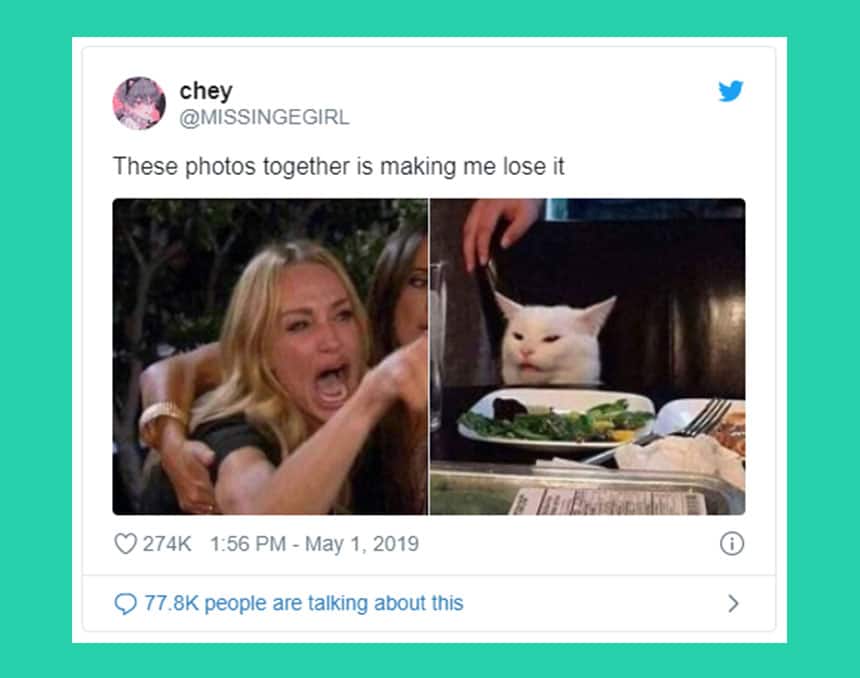 Not long after, the meme exploded as a reaction piece for anytime someone starts popping off and you’re, well, sort of just sitting there.

In July, things got a little extra ... terrestrial.

Millions of internet users clicked “attending” to a Facebook event titled Storm Area 51, They Can't Stop All of Us, which suggested people meet at a top-secret United States Air Force site called Area 51.

For years, conspiracy theories have suggested that the base might harbour secrets, including extraterrestrial life.

According to the event description, the goal was to finally “see them aliens” for the first time.

Although nobody actually stormed Area 51 in the end, we still got to see more than enough aliens in meme format. 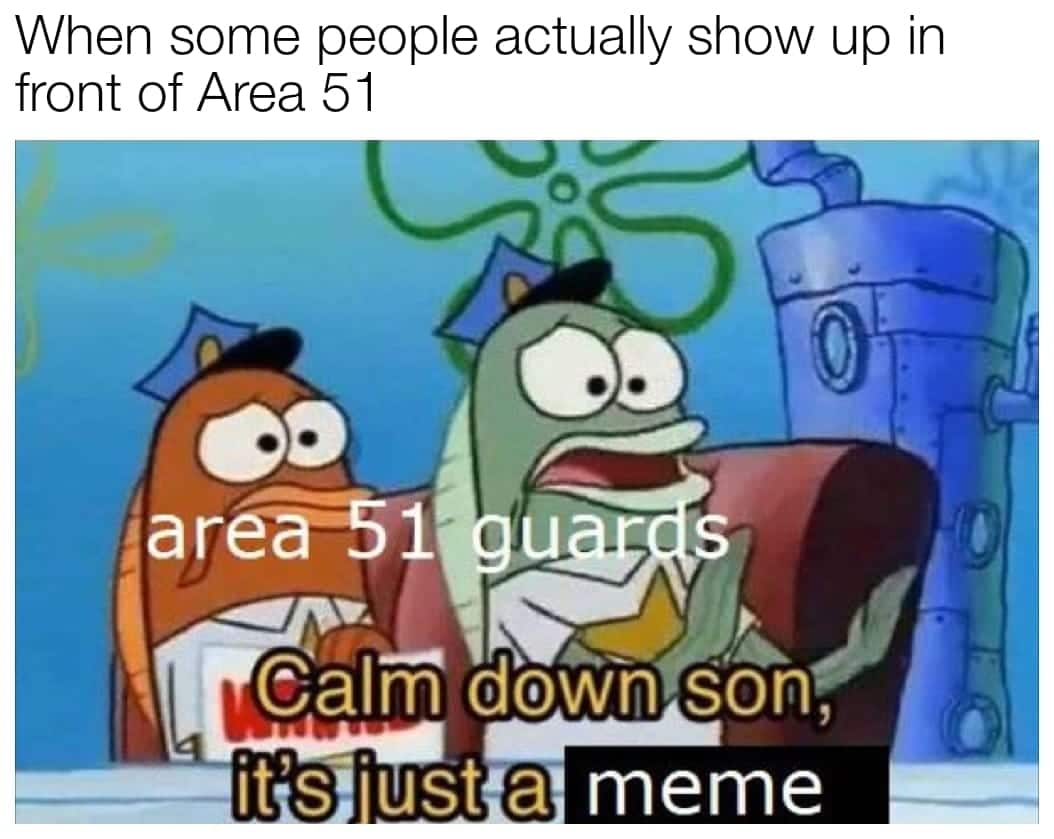 Most of the memes just poked fun at the absurdity of the event.

And since the best memes are always the most absurd, we’re sure Storm Area 51 won’t be forgotten any time soon. 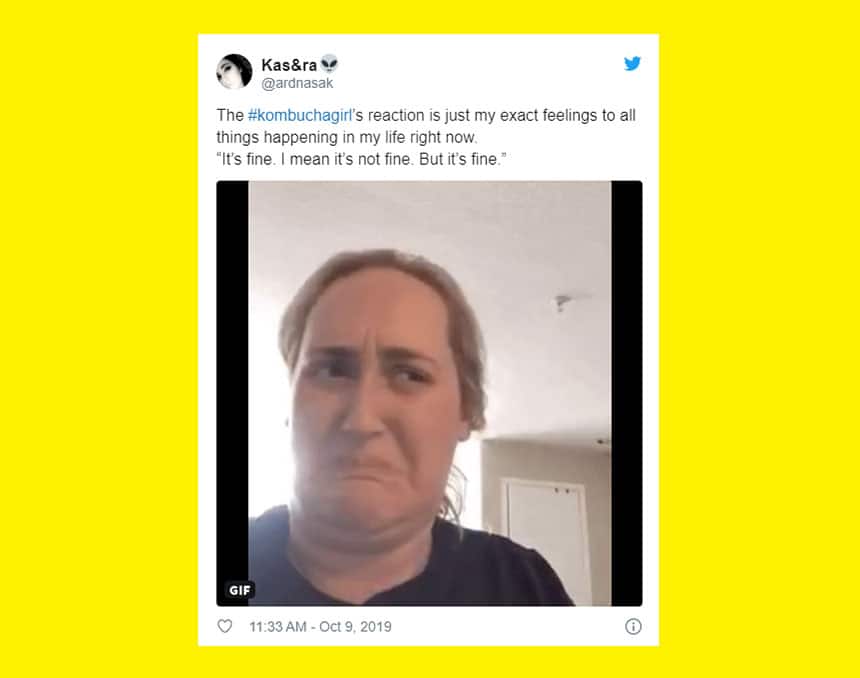 Back in August, TikToker Brittany Tomlinson uploaded a TikTok of her trying kombucha⁠ ⁠— a popular fermented tea drink ⁠— for the first time.

“It really smells like a public restroom,” she says, and then takes a sip.

Initially disgusted, Tomlinson gives an encouraging “Well?” before the short clip ends, suggesting that she may actually be into it.

The internet quickly turned it viral, using the video for any situation where you’re initially hesitant, then have a sudden change of heart.

'Sorry to this man'

When Vanity Fair released a video of actor Keke Palmer taking a lie detector test, one moment in particular stood out for the internet.

That moment was when they showed her a picture of former U.S. Vice President Dick Cheney and asked her if she knew who he was.

“I don’t know who this man is. I mean, he could be walking down the street and I wouldn’t …. Sorry to this man.” 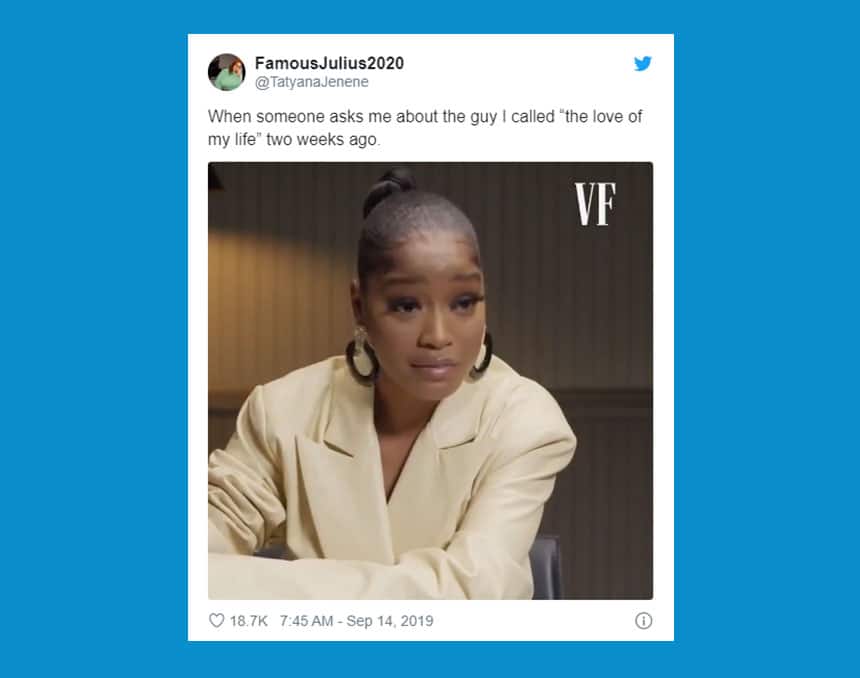 Turns out her earnest apology was the perfect candidate for a reaction meme.

Now any time someone wants to label a person as forgettable, the “Sorry to this man” meme stands out as a pretty hard-hitting option.

Sometimes a meme temporarily becomes such a huge part of our everyday language that it might as well be put in the dictionary.

Like earlier this summer, when the phrase "And I oop" became popular after a video of drag queen Jasmine Masters went viral. 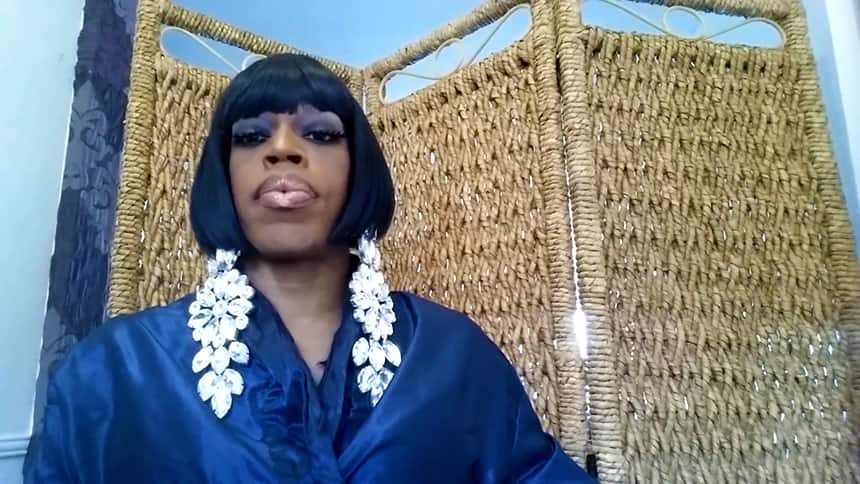 Drag Queen Jasmine Masters gained her fame as a contestant on the seventh season of  RuPaul’s Drag Race. (Jasmine Masters/YouTube)

Everyone from VSCO girls to your next-door neighbour began using the phrase to express shock and surprise. Or just because it’s fun to say.

Then, there was "Rise and shine."

The meme originated from a video of Kylie Jenner’s house tour, where she greets her baby Stormi by singing an off-key “Rise and shine!”

Before long, Kylie Jenner was trying to trademark the phrase, and everyone else in the world started saying “Rise and shine” in place of hello, goodbye, thank you and any other  you can think of.

We saw the same monetization happen with the phrase ‘OK boomer.’ 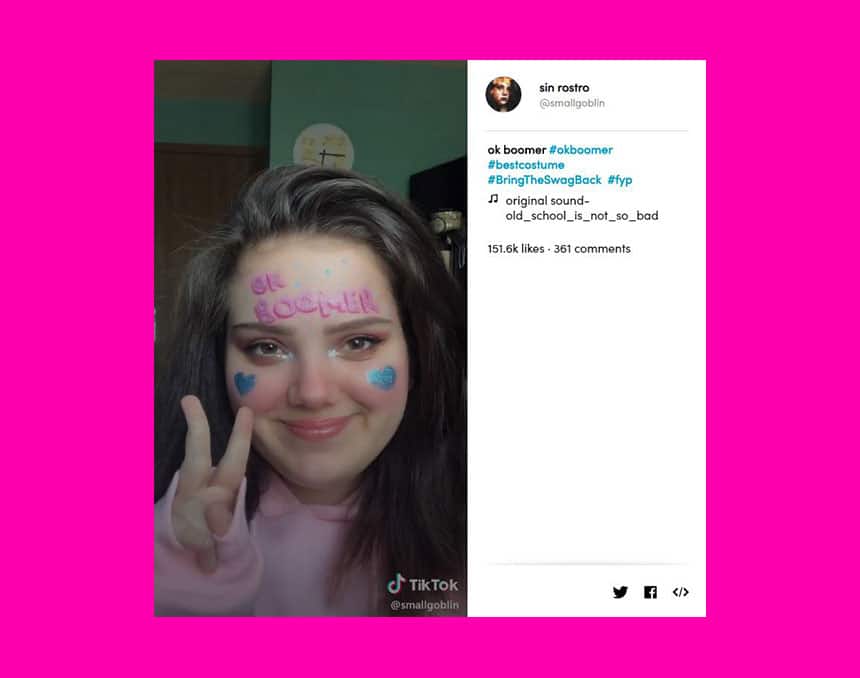 The phrase is thought to have originated with a song called OK Boomer, which was posted to Twitter by a user named @jedwill1999 in July and eventually made its way to Soundcloud and TikTok.

From there, it took the place of eye-rolling any time an older person said something that showed they clearly didn’t ‘get’ the younger generation.

You all saw it coming.

Baby Yoda might have been the biggest meme of the year, and for good reason. Any creature this cute is bound to become the force of the internet.

When the first episode of the Disney Plus series The Mandalorian came out back in November, a scene with a creature that looked like an infant version of Yoda captured the hearts of the worldwide web.

Before long, stills and GIFs of the moment were being used to describe the cutest moments that life has to offer. 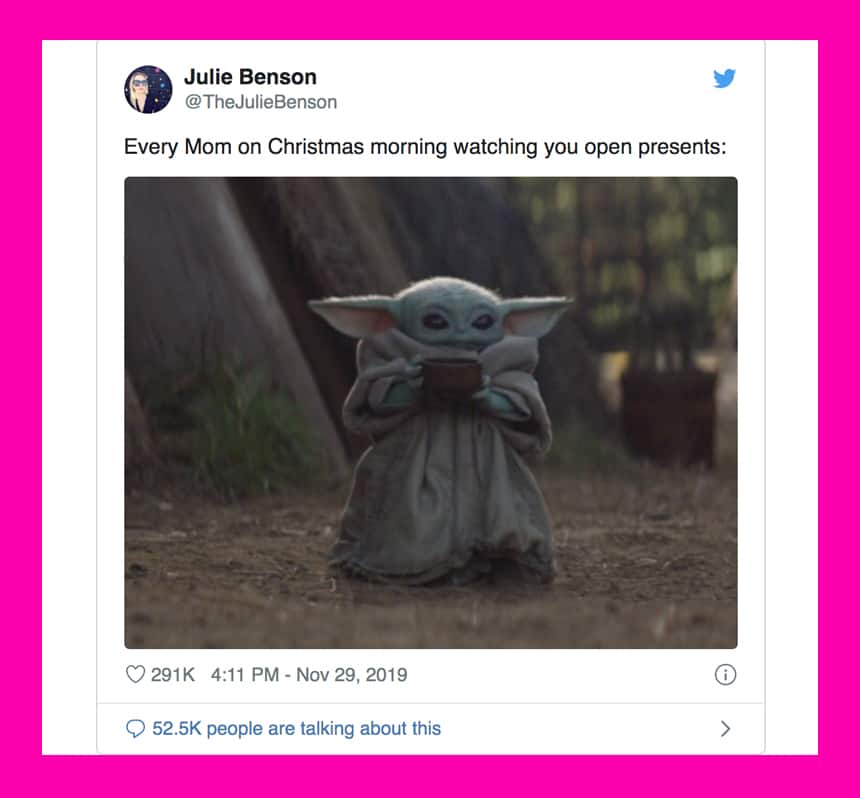 And like some of the other massive memes on this list, people started plastering Baby Yoda’s face on any piece of merch you can think of.

But will he continue to be a staple in meme culture for years to come, and will the memes of 2020 be able to outshine the internet’s cutest critter?

We’ll just have to wait and see!