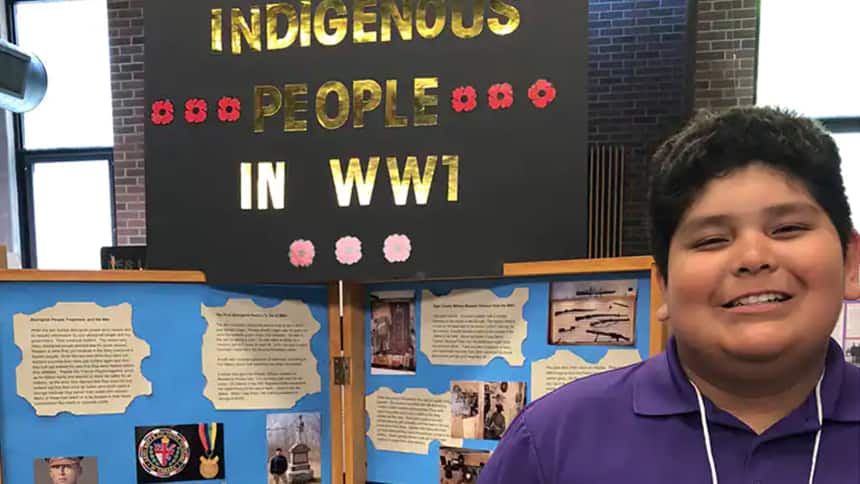 Jonathan Lavalley, 13, was inspired by his great-grandfather when he decided to learn about Indigenous soldiers who fought in World War I. (Gwen Doxtatar)

What started as a school project has turned into a passion

This year on Remembrance Day, Jonathan Lavalley, 13, will be reflecting on the Indigenous soldiers who fought in the First World War.

“The reason why so many Aboriginal people enlisted was for some respect,” he said. “And respect is what they got, because in the army, everyone is treated equally.”

Jonathan said that before and after the war, they were treated like they were “just Indians.”

Jonathan has spent a lot of time over the past year learning about Indigenous soldiers from his community, the Oneida Nation of the Thames, in southwestern Ontario.

It started as a project for his Grade 8 class last year, and it’s since turned into a passion. Now, he’s sharing his knowledge with other students in nearby schools by giving presentations.

His work has even won him an award: in January, he’ll travel to Ottawa to receive Canada’s History for Young Citizen prize.

Jonathan was first inspired by his own great-grandfather, Manson Archie Ireland, who was an engineer in the Second World War.

He died shortly before Jonathan was born.

Jonathan also wanted to see if he had any family connections to the First World War. 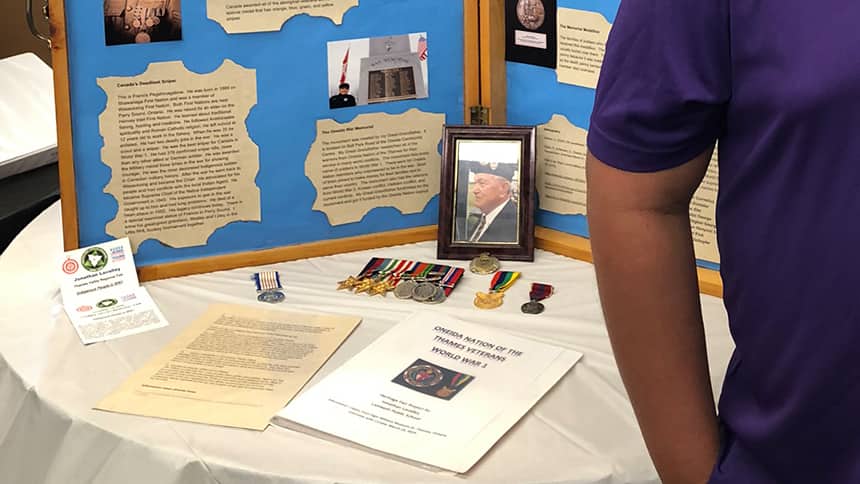 Jonathan displayed his great-grandfather’s medals — nine in total — when he spoke at a provincial Heritage Fair in Toronto in June. (Gwen Doxtatar)

Although he didn’t have any ancestors in that war, he learned a lot, especially about the way Indigenous people were treated before and after the war.

“It actually makes me mad. And just sad, because there were a lot of nice people that went into the war,” he said.

Jonathan worked with researchers at the Oneida Language and Cultural Centre to learn more.

He even found official records from Indigenous people who enlisted in the war.

“[I found] actual discharge papers that were almost 100 years old,” he says in his presentation. “I realized the paper was more like cloth and it was in good condition.” 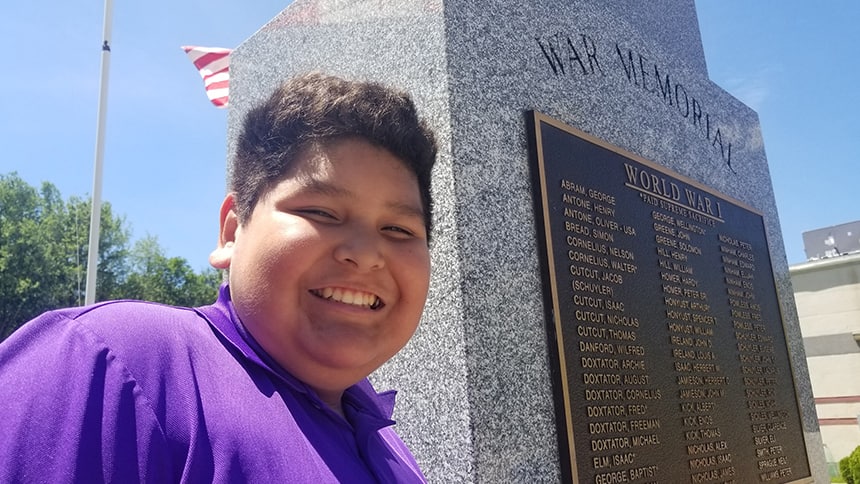 On Nov. 11, he’ll attend a ceremony at the war memorial for the Indigenous soldiers of Oneida.

More than 7,000 First Nations members served in the First and Second World Wars and the Korean War, according to Veterans Affairs Canada. 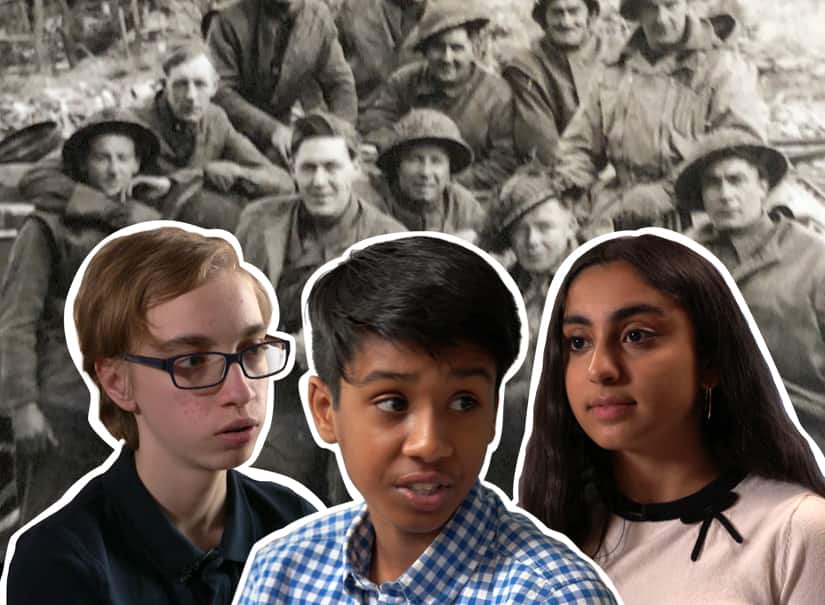 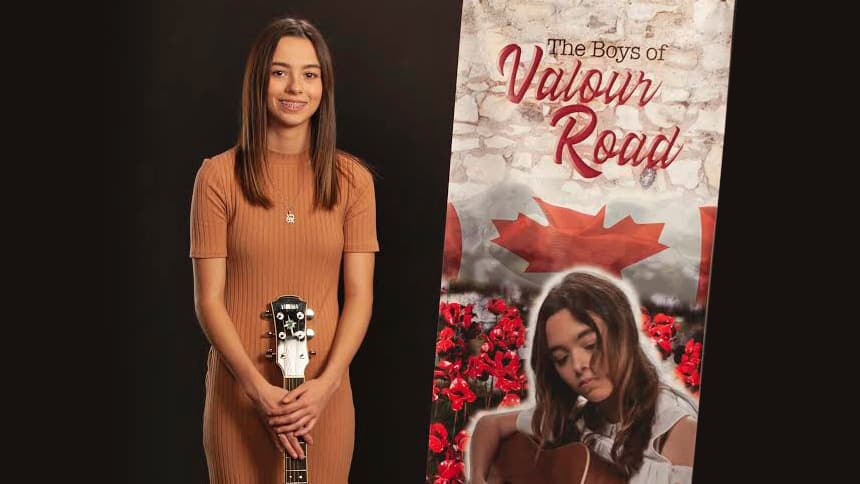