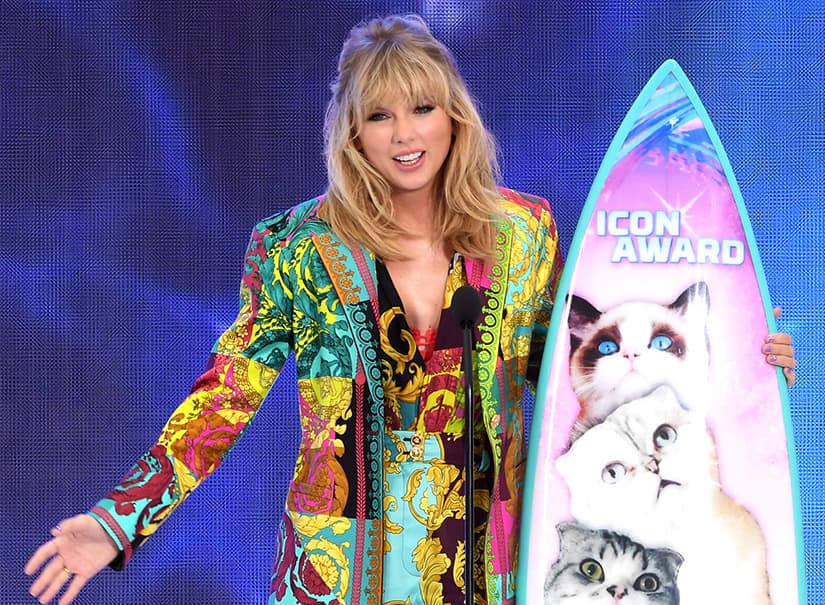 Would you surf on this purrfect board? It was awarded to singer Taylor Swift on Sunday at the Teen Choice Awards. (Danny Moloshok/Invision/AP)

What do a cat-covered surfboard, the Jonas Brothers and BTS have in common?

The 2019 Teen Choice Awards were Sunday night, and unlike previous years, they took to the shores.

The award show took place outside, on Hermosa Beach in California. 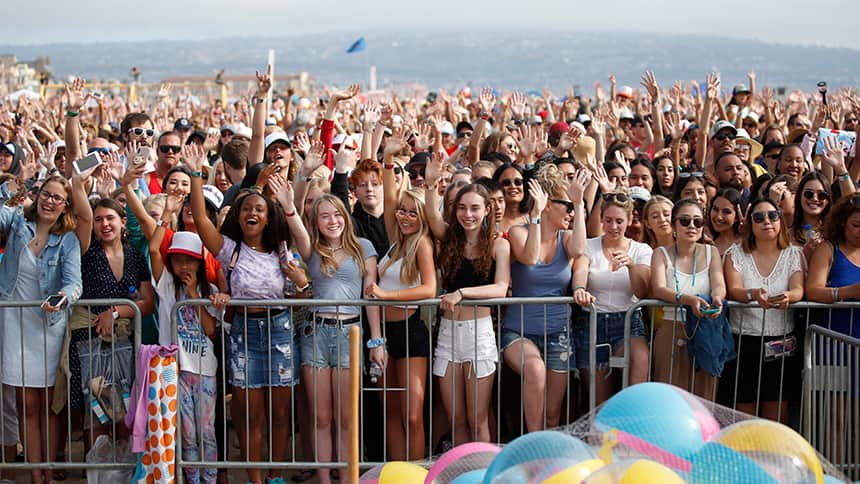 Thousands of teens line a beach in California for a chance to see their favourite celebs. (Danny Moloshok/Invision/AP)

Hosting and handing out awards all night were Pretty Little Liars star Lucy Hale and YouTube’s David Dobrik, who seemed to have an awesome time soaking up the sun and celebrity. 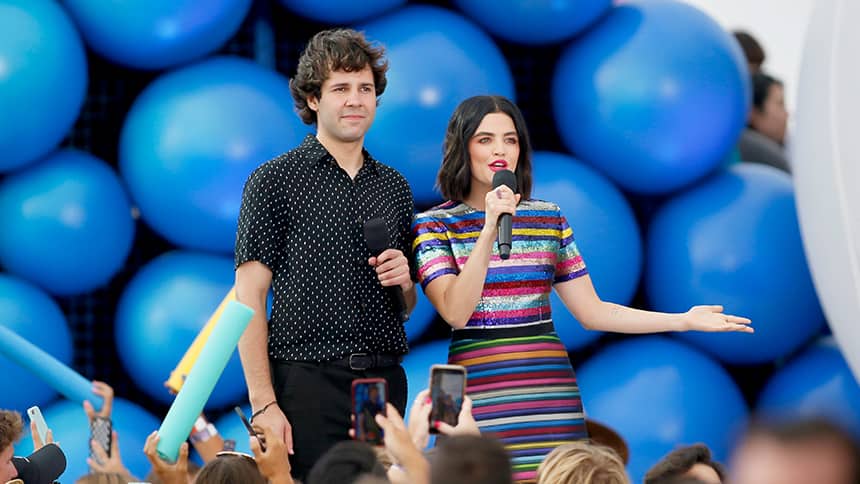 The Icon Award was given to recognize T-Swift’s social influence, which she uses to inspire change, and for her legendary record sale status.

“While they were winning the World Cup, they were also taking a historic stand in terms of gender equality, gender pay gaps.”

The Lover singer is making waves with her fans, who have been tweeting out their support for her comments on equality. 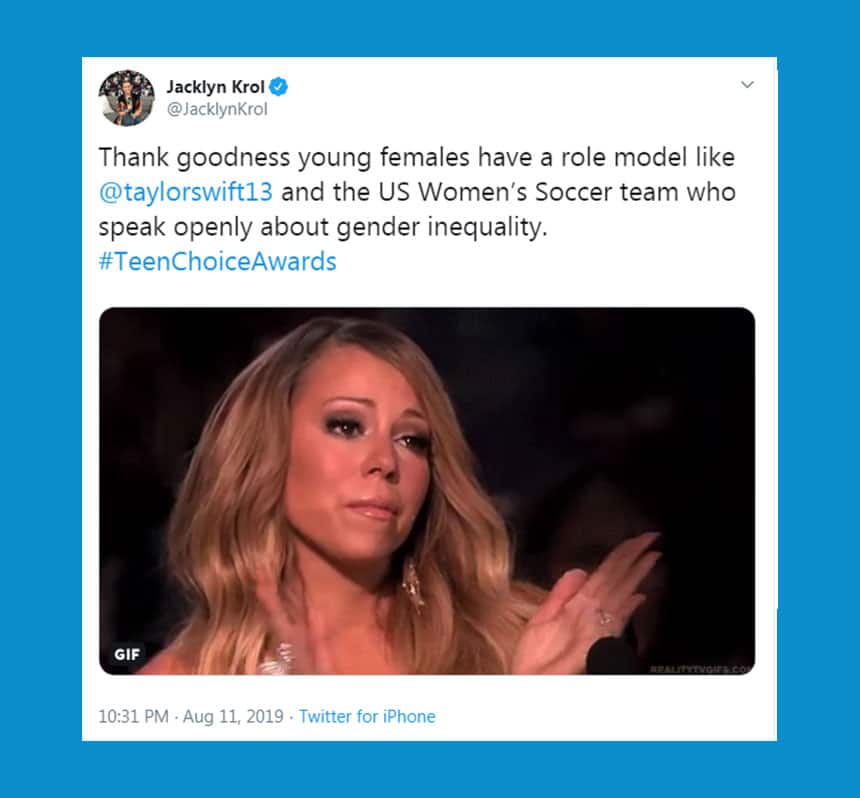 Taylor Swift and some of her fans want to keep gender inequality in the past.

Speaking of a blast from the past, the Jonas Brothers appear to be back — at least for now! 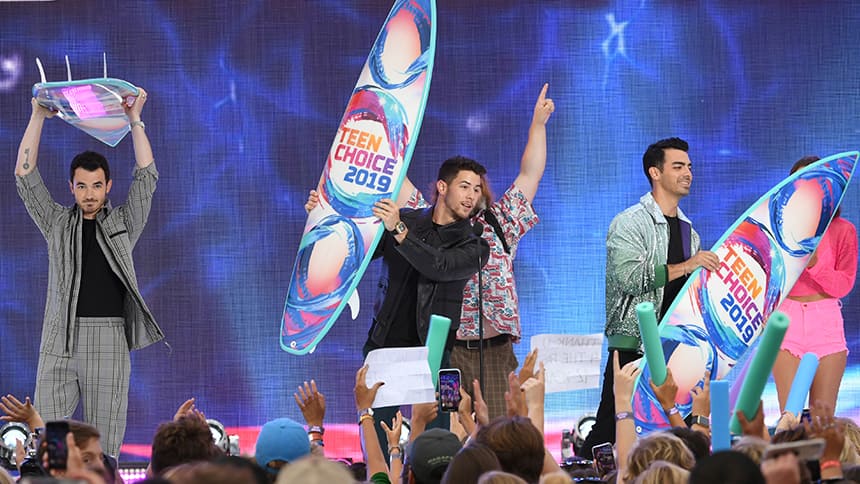 Here’s hoping they’ll stick together until the year 3000, when maybe the award show will be underwater!

This comes after the band’s management tweeted out a statement that said the band was going on an “official and extended period of rest and relaxation.” The K-pop band BTS wasn’t in attendance on Sunday night. Here they are performing at the Billboard Music Awards back in May. (Ethan Miller/Getty Images)

The band members RM, Jimin, Jungkook, J-Hope, Suga, V and Jin haven’t had a break since their debut in 2013.

After six years of hard work and touring, we’ll keep you posted on news of BTS’ return.

Two Canadians were also given a shout-out. Dobrev won for her role in the comedy show, Fam, and Mendes won Choice Male Artist.