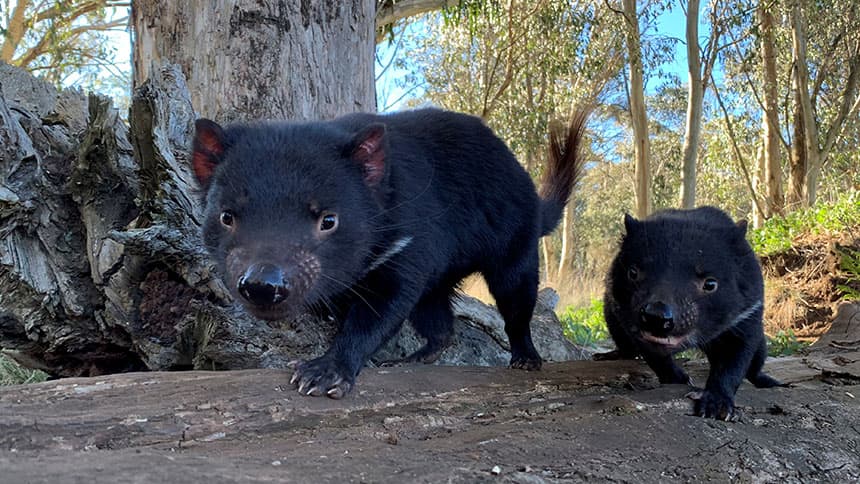 Tasmanian devils are back after almost going extinct

Endangered Tasmanian devils have returned to mainland Australia after teetering on the brink of extinction.

Conservationists released 11 of the animals — made famous by the Looney Tunes cartoon character Taz — at a wildlife sanctuary in New South Wales last month.

Where do devils live?

Devils disappeared from mainland Australia about 400 years ago, according to the Australian Museum, and their numbers have been dropping ever since.

The main Tasmanian devil population now lives on Tasmania, an island just south of the mainland. 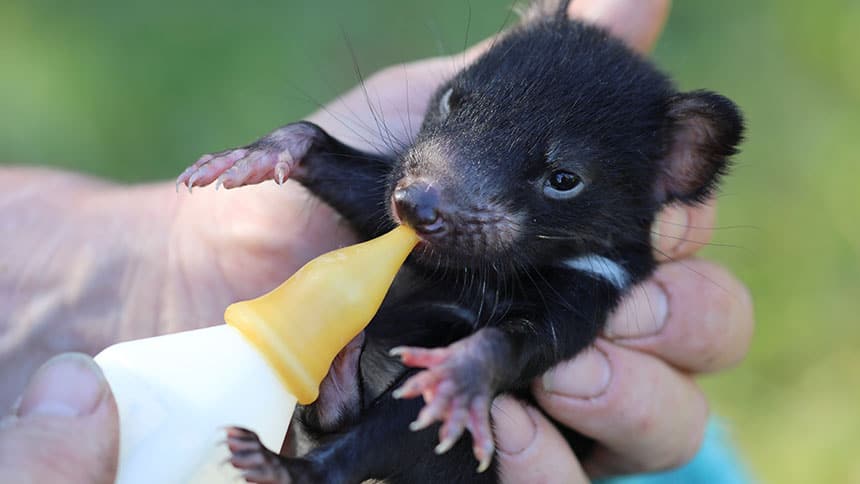 A staff member at Aussie Ark feeds a bottle to one of 400 Tasmanian devil joeys raised at the facility. (Image credit: Aussie Ark/Reuters)

Staff at Aussie Ark have been breeding young devils (called “joeys”) and plan to release 40 more over the next two years.

What are Tasmanian devils?

Devils look a bit like baby bears, but they’re actually marsupials, which means they carry their babies in a pouch, like koalas and kangaroos. 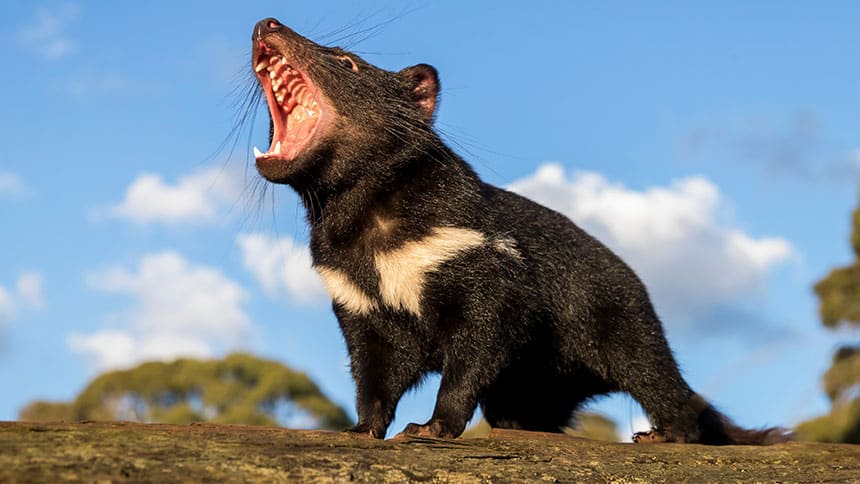 Tasmanian devils have such strong jaws and teeth, they can eat their food whole, including bones and fur. (Image credit: Aussie Ark/Reuters)

Why are they called devils?

The animals have a reputation for flying into a rage when faced with a predator.

According to the Australian Museum, that reputation isn’t totally fair. They appear more aggressive than they actually are.

Why are they endangered?

There are a few reasons why devils disappeared from the Australian mainland and were declared endangered in 2008.

A facial tumour disease played a big part, according to the United Nations Red List, which tracks how well various species are doing. 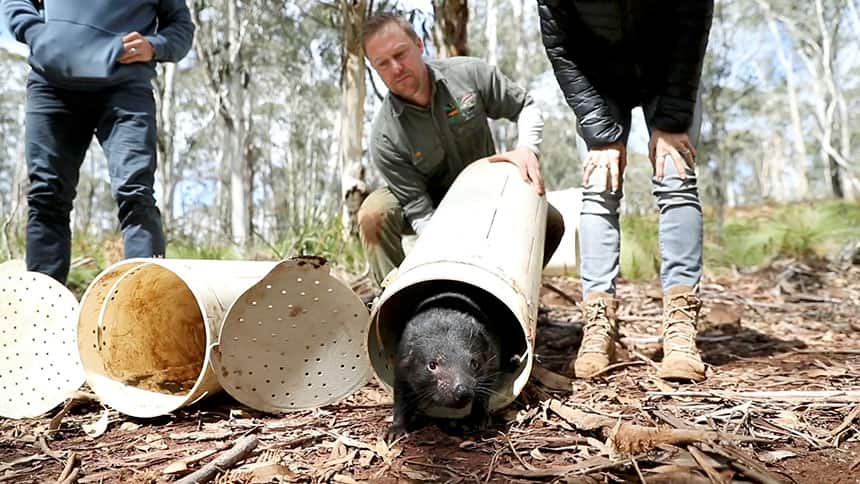 Aussie Ark volunteers and staff used these tubes to release the devils into the wild on Sept. 10. (Image credit: Aussie Ark/Reuters)

Devils have also been killed by vehicles, dogs and drivers over the years, according to the Red List.

For a long time, wild dogs called dingoes were blamed for wiping out the devils, but a 2014 study suggested that wasn’t the case. 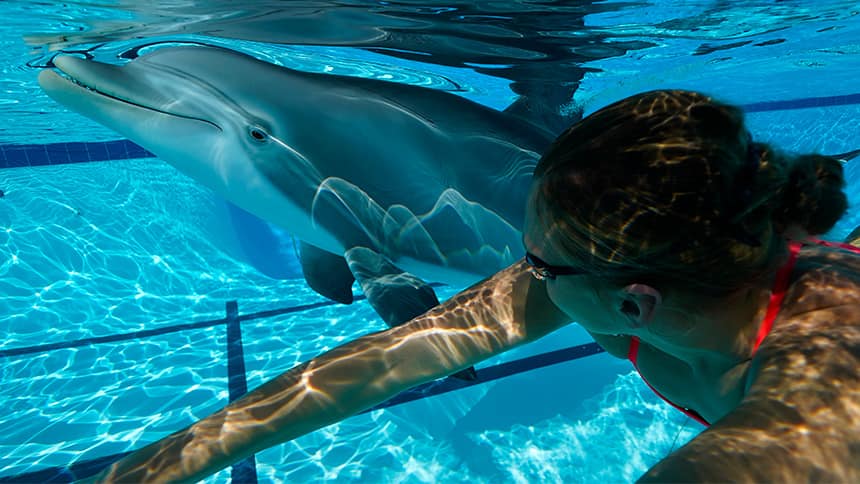