Ashley Hoskins and Daniel Peckford say some students have started standing next to the school’s rainbow poster to guard it. (Garrett Barry/CBC)

Head of the school district confirms some students have been suspended

Tensions are high at a school in Newfoundland, some students say, after a poster of a rainbow flag was targeted.

The poster was developed by Newfoundland and Labrador’s Office of the Child and Youth Advocate as a way to welcome LGBT (lesbian, gay, bisexual and transgender) students.

It was thrown into the trash several times, said Ashley Hoskins, who is in Grade 11 at Botwood Collegiate on Newfoundland’s north shore.

At one point, she said, some students even covered the rainbow poster with a black-and-white poster that said “straight pride.”

What is straight pride?

According to Julie Moreau, assistant professor of sexual diversity studies at the University of Toronto, being straight “appears so normal and natural that we usually assume that someone is straight unless they tell us otherwise.”

“I don’t think anyone is being bullied for being straight.” - Daniel Peckford, student

She stressed how important it is to remember that because straight people are the majority group, they already have power and value in society.

It's a term that some people find offensive or threatening.

In October, officials in the village of Chipman, N.B., stopped flying a “straight pride” flag following complaints that it was harmful to members of the LGBT community. 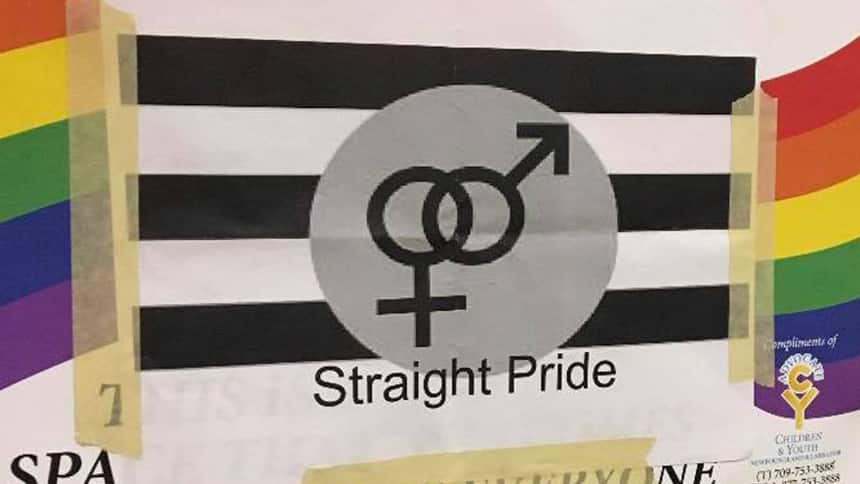 This rainbow flag poster, which is found in many public buildings in Newfoundland and Labrador, was covered up by a ‘straight pride’ poster. (Submitted by Daniel Peckford)

Standing up to bullying

Grade 10 student Daniel Peckford said the students who covered the rainbow poster said “gays are not welcome in our school” while they did it.

Peckford, who is the founder of the Botwood Collegiate Gay-Straight Alliance, said he doesn’t understand how straight people could feel excluded at the school.

“I don’t think anyone is being bullied for being straight,” Peckford said.

Members of the alliance have started standing next to the rainbow poster to guard it, he said.

Peckford estimated that about 10 students are responsible for the bullying.

CBC Kids News wasn’t able to reach any of those students to hear their side of the story. 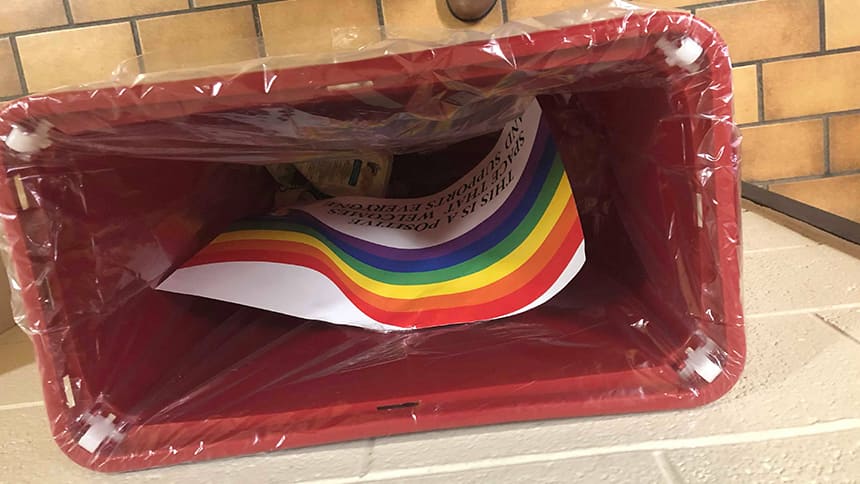 The students say the situation started with the rainbow poster being ripped down, but then moved on to physical threats. (Submitted by Daniel Peckford)

Hoskins said some members of the school’s Gay-Straight Alliance are also being harassed and threatened with violence.

He said the district would do anything it could to support the Gay-Straight Alliance.

Some students have already been suspended, he said, and administrators might consider expelling students as well.

He said they’re also planning an assembly this week to educate students about the issues. 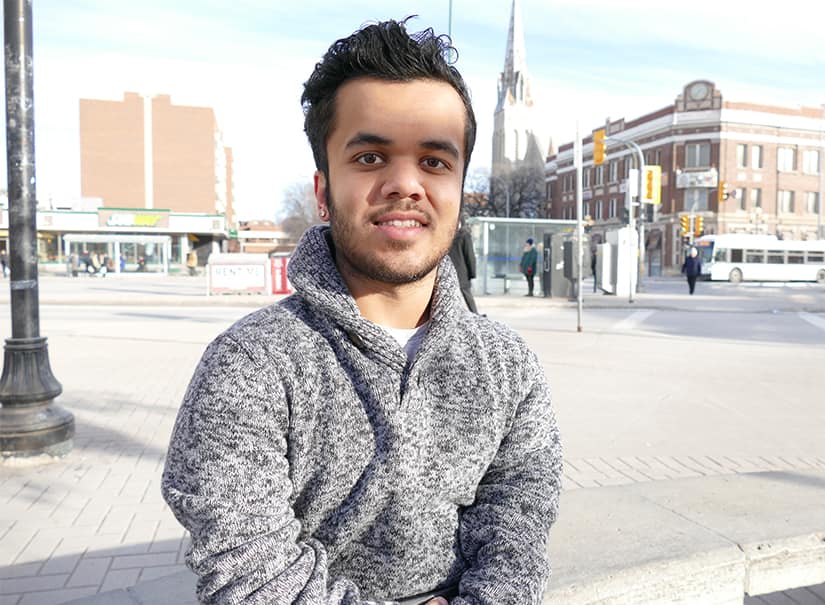 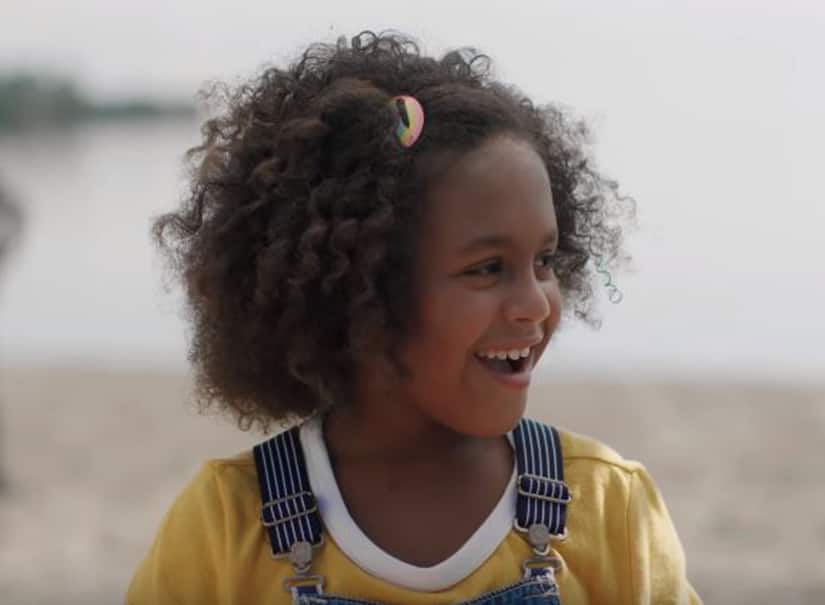