A Catholic school board in Ontario has reversed its decision to fly a flag to mark Pride month.

Pride month, which is celebrated around the world every June as a way to honour the LGBT community, is typically marked by a colourful showing of rainbow flags.

That’s what a group of more than 300 kids at St. David Catholic Secondary School in Waterloo, Ont., were hoping to see when they signed a petition last year calling on their school to raise the rainbow flag in 2020. 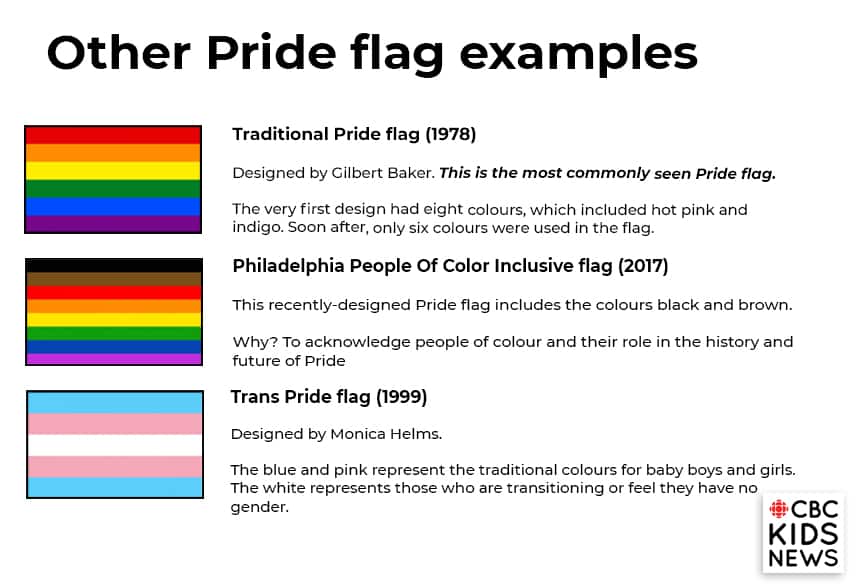 Since the 1970s, other Pride flags have been created in order to honour different parts of LGBT history and identity. (Philip Street / CBC)

Instead, the Waterloo Catholic District School Board decided to fly a new version.

When the new design didn’t go over well with the community, board members scrapped the whole thing. 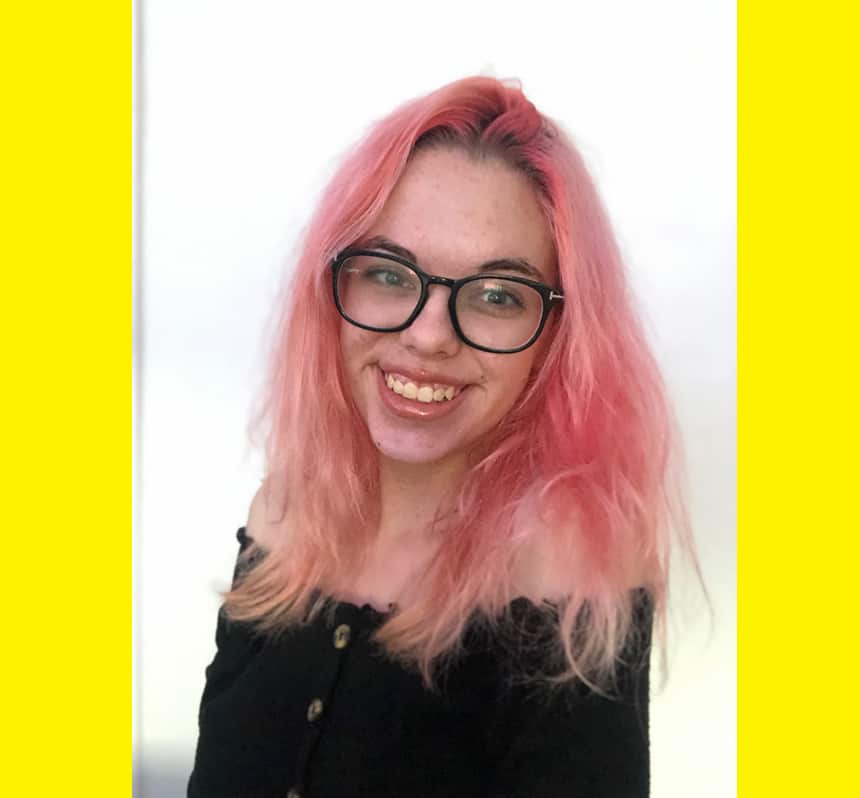 That didn’t sit right with 16-year-old Lauren Ehrenworth, who considers herself an ally of the LGBT community.

"I can understand why they won't fly a new design because of all the backlash,” she said. “But I think they should still fly the original, real Pride flag."

CBC Kids News reached out to LGBT students at the school, but we weren’t able to do any interviews.

Flying any sort of Pride flag, new design or not, would be rare for a Catholic school board in Canada, as some Catholics don't support same-sex relationships.

The backstory behind the petition

Last year, Lauren along with some of her peers, passed around a petition (both on paper and online), asking her school to fly the Pride flag.

Lauren said the flag is an important symbol that shows it's OK to be part of the LGBT community. 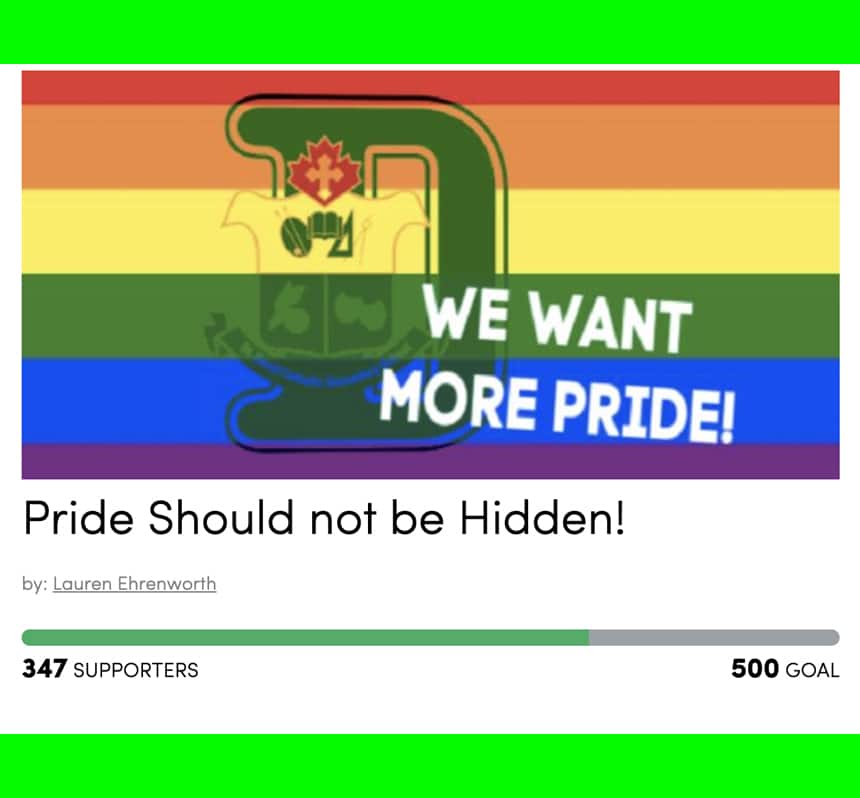 Last year more than 300 students signed the petition started by Lauren Ehrenworth to fly a Pride flag at her school in Waterloo, Ont. According to the school board 920 students are enrolled at St. David Catholic Secondary School.  (Care2.com)

This year, the board announced it was going to fly a different flag. 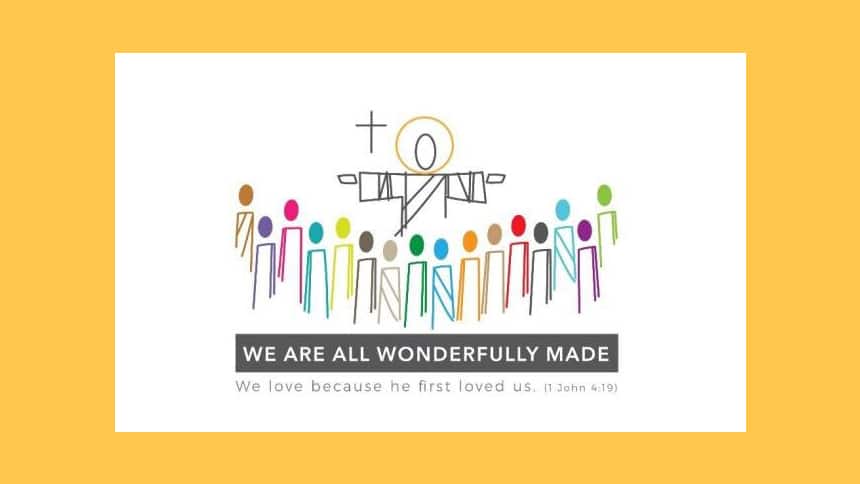 The new design shows a group of multi-coloured people looking up at a figure of Jesus.

Underneath are the words “We are all wonderfully made. We love because he first loved us.”

The new flag was intended as a positive gesture, said Loretta Notten, director of education at the school board, in an open letter.

But when Lauren saw the new design, she was confused, and so were her friends and family members.

“They didn't even know it was supposed to represent Pride,” she said.

According to Lauren, the decision by the school board to create their own flag was hurtful.

“What they are doing currently does send a message that they don't fully support the LGBT,” she said in an interview with CBC Kids News.

Within days, the school board announced that it wouldn’t be flying any version of a Pride flag.

The decision was made after receiving “feedback” from the community, said the board's chief managing officer John Shewchuk in an email to CBC on May 29.

In a separate statement, the board said the flag, “which was intended to send a message of unity and support, has instead led to division.”

Instead the new flag would only be displayed in some school foyers, as the board consults with the LGBT community on next steps.