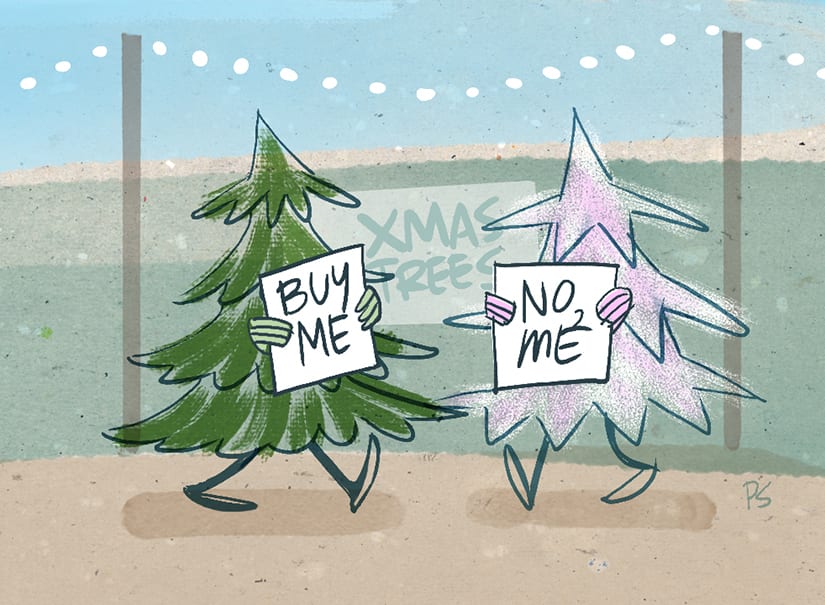 Turns out, both kinds have an environmental impact

How green is your Christmas tree?

Colour aside, scientists have been trying to figure out which kind of tree — real or fake — is better for the environment.

Research has shown both kinds have an environmental impact.

This information comes from two studies.

One was done by an environmental company in Montreal in 2009. The other was written for the group that represents fake treemakers in the U.S. in 2010.

Tell us what you think.

Thank you for all your comments. Check out your responses here.