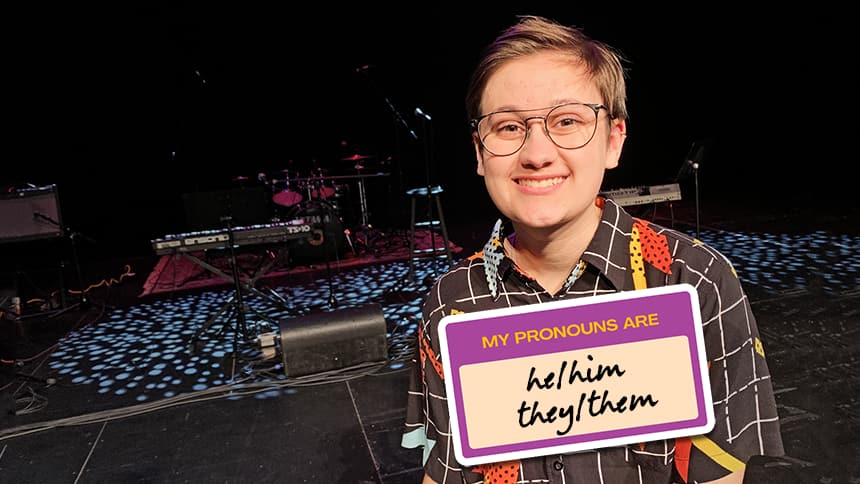 She/her, he/him and they/them. What are pronouns?

The day Louis Brady found the right pronoun was like something out of a movie.

They were in the seventh grade and finally found a pronoun that fit.

“It was genuinely like the walls of Narnia opened up and there [were] rainbows, unicorns everywhere, and we're dancing in the streets and it was beautiful,” they said, remembering that moment four years ago.

Louis, who is now 17, isn’t alone in finding magic in new pronouns.

Actor and singer Demi Lovato recently came out as non-binary, wanting to use they/them pronouns.

“Every day we wake up, we are given another opportunity and chance to be who we want and wish to be,” said Lovato in a May 19 Instagram post.

Speaking of Instagram, the platform recently added a new feature that allows users to list their pronouns in their bio.

All of this has sparked a larger conversation about pronouns, just in time for Pride Month, which is a celebration of LGBTQ history that takes place during the month of June.

Pronouns are how we refer to people without using their names.

Examples include: he/him, she/her and they/them.

Why change your pronouns?

In the English language, pronouns are traditionally chosen to match a person’s sex.

But sometimes people feel gendered pronouns, like she and he, don’t apply to them.

In that case, they might start using pronouns that feel like a better fit, and ask others to use them, too. 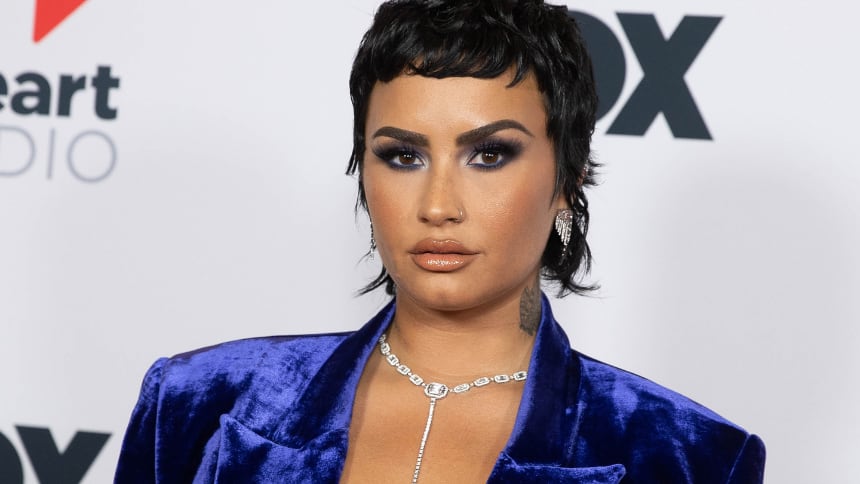 On May 19, singer Demi Lovato revealed they identify as non-binary and are changing their pronouns to they/them. (Image credit: Emma McIntyre/Getty Images)

Someone might identify as non-binary, which means they don’t identify within the gender binary of being a man or a woman.

They might be transgender, which means their gender doesn’t match the sex they were assigned at birth. 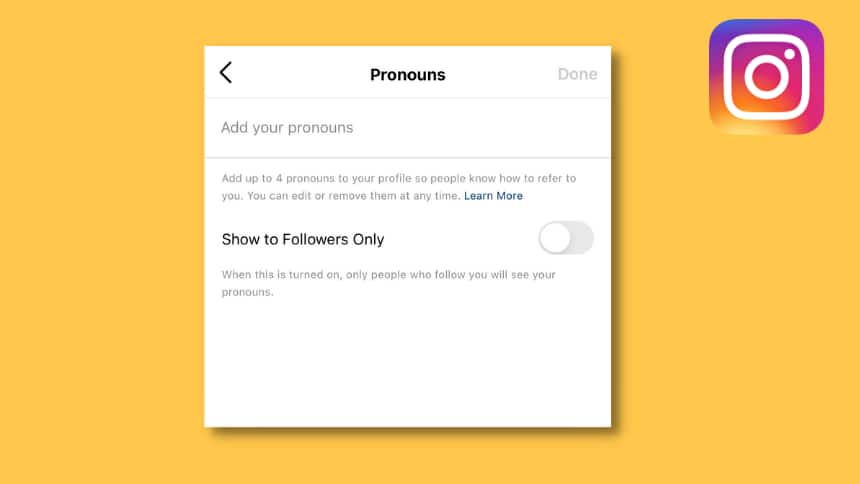 Instagram launched a new feature in May that allows people to add up to four pronouns in their bios. (Image credit: Instagram)

They might be gender-fluid, which means their gender identity changes over time.

Or they might not fit into any of these categories at all.

When Louis was in the seventh grade, growing up in Windsor, Ontario, they began experimenting with gender expression.

Gender expression is how a person presents their gender identity to the world, either through their choice of personal style, their name or their preferred pronouns.

Up to this point, Louis was known in their family to be a fan of princesses, glitter, Barbie dolls and crowns.

But that way of presenting themselves didn’t fit, the older they got.

“I just started to realize that maybe presenting more feminine wasn't ... I didn't feel comfortable with it.” 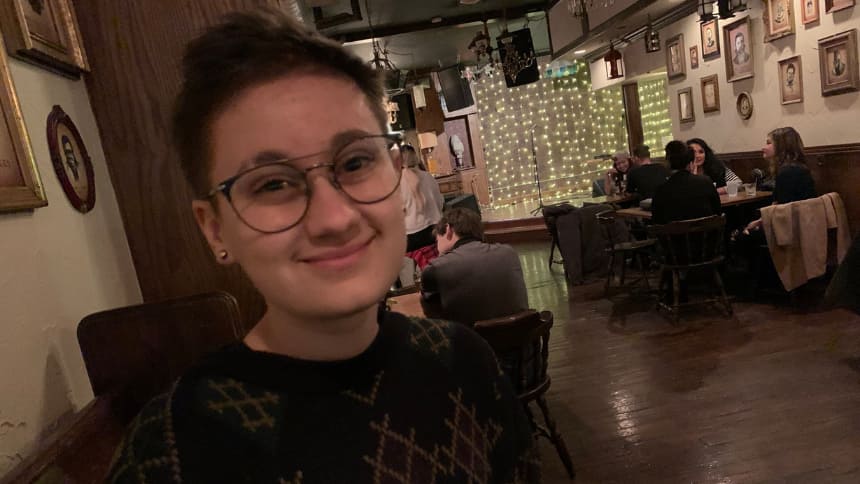 So they made a change. They began to use pronouns like they/them and he/him.

With new pronouns, Louis felt happier and more like who they wanted to be.

“I knew who I was now … it made me realize that, like, I have a chance to be so much happier than I was. And I didn't even realize how miserable I was.”

How do you know your pronouns?

There are no strict rules when it comes to choosing which pronouns fit you best.

The key is to “take your time,” said Dennis Quesnel, a project manager at Egale, which is an advocacy group for LGBTQ people in Canada.

And know that your choice “might not always stick.” 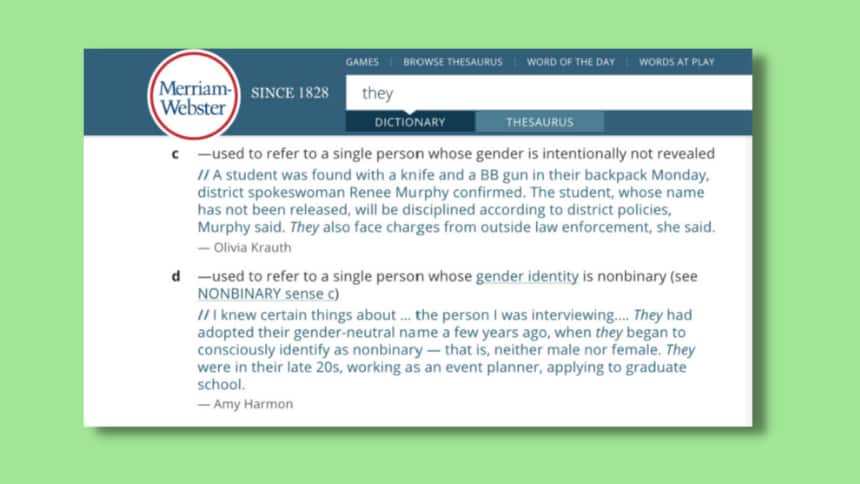 Some people say that ‘they/them’ is grammatically incorrect, but in 2019, Merriam-Webster’s dictionary updated their definition of ‘they’ to include reference to a single person. (Image credit: Merriam-Webster)

Is it safe to change your pronouns?

According to Trans Care BC’s website, children as young as two or three can know and express their true gender, sometimes through a pronoun change.

“If they are persistent, insistent and consistent” about the need to affirm their authentic gender, adults need to pay attention.

“Each family’s circumstances differ,” the website says and adults need to assess how a kid’s safety might be impacted if they start to shift their gender expression.

That said, kids who are prevented from experimenting with things like pronouns might be putting their mental health at risk, adds the website, which is organized by the Provincial Health Services Authority in B.C.

“Exploring one’s identity is an important and normal part of adolescence. For some teens, this may include considering which pronouns feel most comfortable to them, and there is no evidence that doing so causes harm,” staff at the children's hospital in Toronto said.

Quesnel agrees that changing your pronoun isn’t dangerous, but they said discrimination can be.

“The danger is the bullies that are going to pick on you. They are the people who are going to discriminate against you. They're dangerous,” Quesnel said. 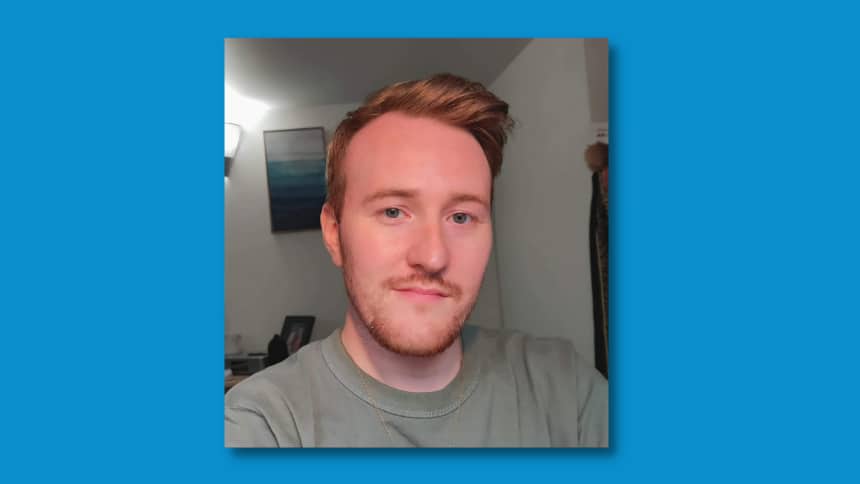 “You also need to understand that not everyone gets it,” said Louis.

“You need to give them time to breathe, in a sense, and to just remember to love yourself, because you're beautiful. There's nothing wrong with you.”

What if you forget?

Pronouns allow people to express themselves and should be respected, said Quesnel.

Quesnel said pronouns are part of identity. The same way we make a point of remembering someone’s name, we should try to get their pronouns right, too.

“If you accidentally use the wrong pronoun or make a mistake when referring to someone … just simply correct yourself and commit to getting it right the next time,” they said. 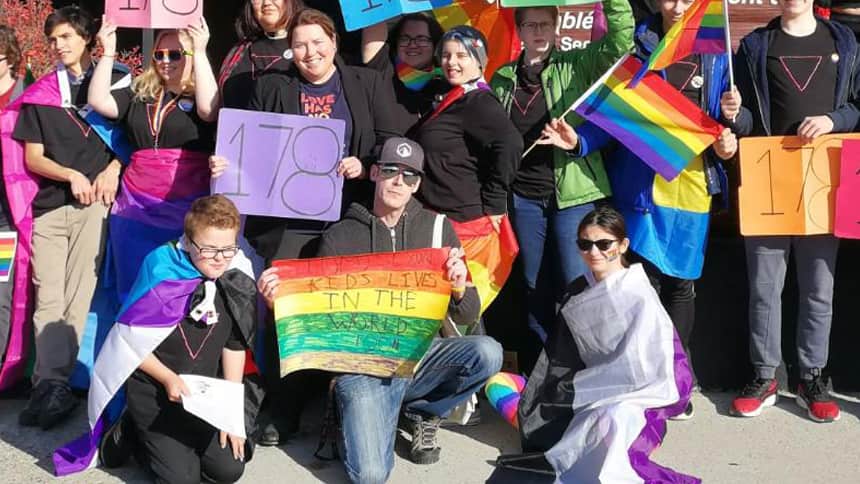