Story by CBC Kids News • Published 2019-02-06 12:41
Get your class on the same page, add this to
Google Classroom
We're profiling extraordinary kids doing extraordinary things.
Know someone you think should be profiled on our site?
Email us at cbckidsnews@cbc.ca and tell us what makes them so extraordinary.

Kicknosway, who is Potawatami and Cree, has travelled across Canada and beyond doing traditional hoop dancing.

He starting learning the Indigenous art form at the age of five.

Usually dancers use hoops made of willow branches, but when he was seven, Kicknosway told his mom he wanted to “dance in the rainbow." 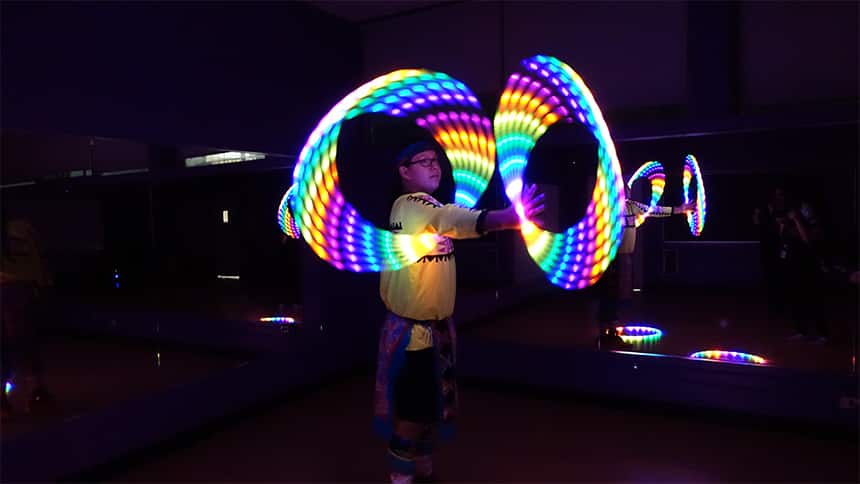 Theland Kicknosway said he practises with his hoops about once a day. (Christine Maki/CBC)

What is hoop dancing?

Hoop dancers use their hoops to create shapes and patterns as they move to music.

The hoops represent animals and other symbols that can be combined to tell a story.

“There's a whole lot of different moves you can do,” Kicknosway said.

"I try to create images I've seen,” he said, such as “butterflies or hawks or an eagle.” 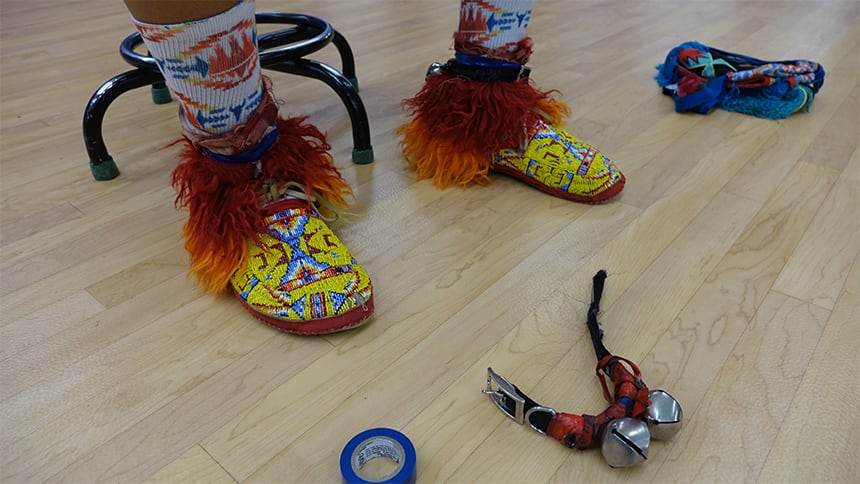 When he dances, Theland Kicknosway wears regalia — traditional clothing and accessories — that highlight the movements of his arms and legs. (Christine Maki/CBC)

Why does he dance?

For decades, certain Indigenous ceremonies and art forms were illegal in Canada.

Kicknosway said he wants to bring hoop dancing back after it was forced underground for so many years.

"Being able to share my story through this dance means showing people we're not gone," Kicknosway said. 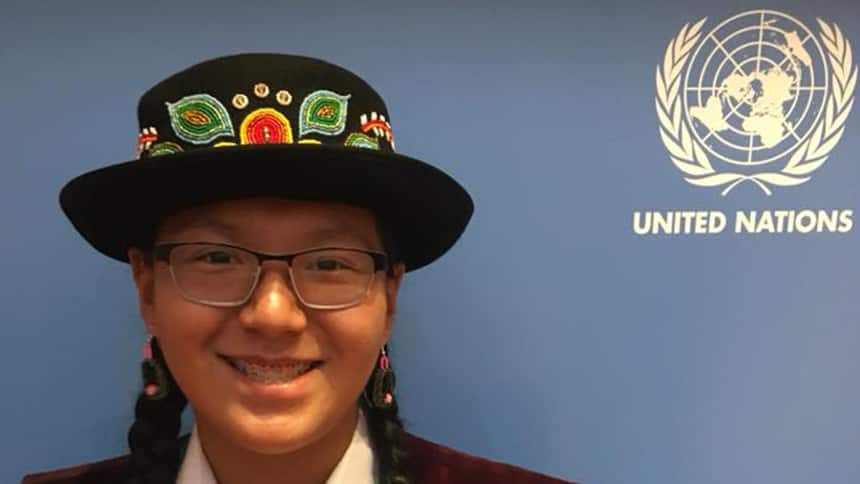 In 2018, Kicknosway did an impromptu hoop dance outside the United Nations in Switzerland, after being invited to speak about human rights. (@creedrummer/Facebook)

Kicknosway drummed for Justin Trudeau the day he was officially sworn in as Canada’s prime minister in November 2015.

He also spoke at the United Nations in Switzerland in 2018.